Such A Fun Day

Today has been so wonderful for my soul.  For starters, Ellie slept eleven hours straight!!  I think between going to bed early and sleeping all night, I just woke in good spirits. 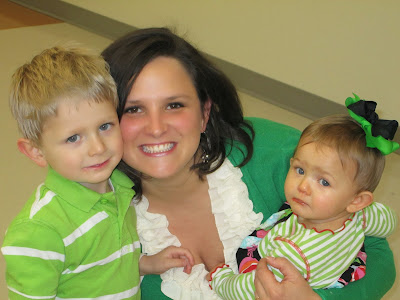 Since no one else was awake, I got to spend some time playing with my girl and catching up on Nashville!  Once Eli got up for the day, we had fun playing and relaxing as a family which is always nice after a busy work week! 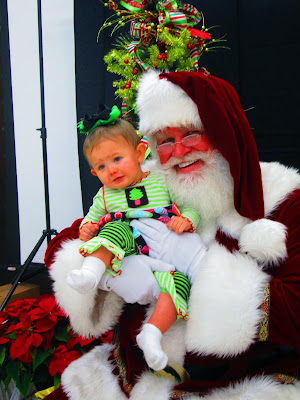 After baths we headed to town for some family fun. It started with Cookies With Santa at Eric's work.  Ellie was none to thrilled with Jolly Ole Saint Nicholas, but she wasn't exactly in panic mode either. 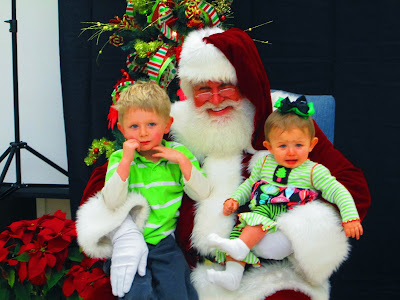 I'm not sure why the kids weren't smiling in this picture, but I promise they (Eli) were excited to see Santa.  By the way, I accidentally had my camera on the wrong setting, so these are super vivid.  They were not wearing neon green. 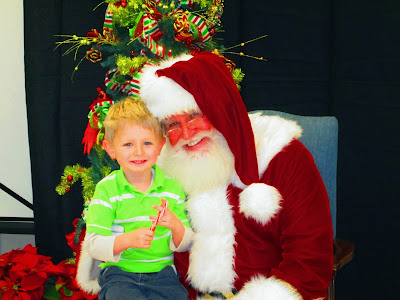 Eli asked for Monster Jam tickets.  I'm hoping Santa can pull through for him. Haha!  Actually, he was very sweet and wanted to talk on behalf of Ellie. He's very concerned about what she may or may not be getting this year. 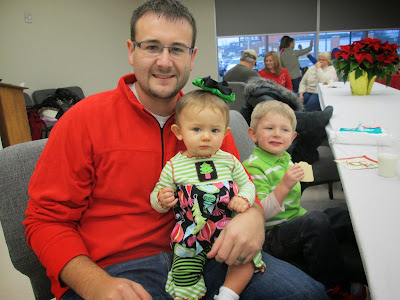 It was cute because Ellie was much more interested in the cookies than Eli was.  The poor girl is such a foodie.  She ended up eating her brother's cookie while he enjoyed the milk. 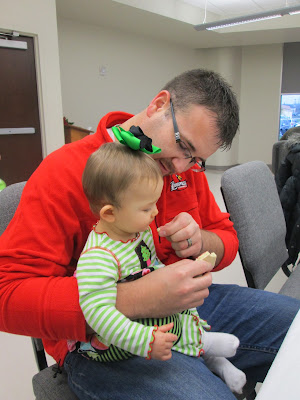 After Cookies With Santa we drove just up the rode to the Historic Railpark and Museum for "Festival Of Trains."  It's usually extremely crowded, but with so many other activities cancelled due to the "ice storm" there just weren't many people out. 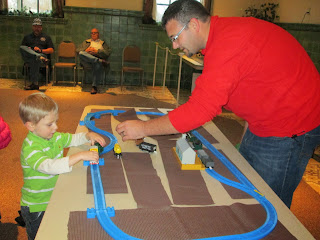 Of course this worked in our advantage.  Eli was able to play with the trains, and actually look at all the models verses getting lost in the crowd. There is so much detail and hard work that goes in to making the sets.  It really is so much to take in at once.  I never feel like a get a good look, so I was excited to enjoy the extra time this year. 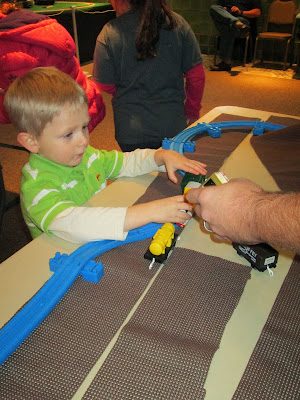 Eli enjoyed the extra time to play with the toy sets.  It's funny because we have a train table and two train sets that are collecting dust at home.  Why are toys so much cooler when they aren't yours?  That's one of those parenting questions that may never get answered. Ha! 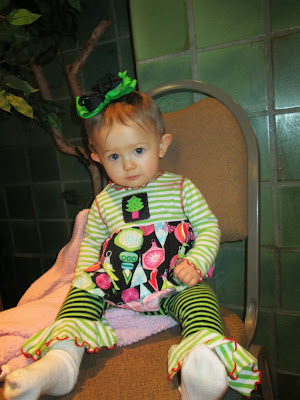 Some friends of ours from church offered to watch the kids while Eric and I went to my work Christmas party.  It ended up getting cancelled too, but we were still able to drop the kids off to play.  We ate Olive Garden, did some shopping, enjoyed some Hot Chocolate, and talked in peace and quiet!!! 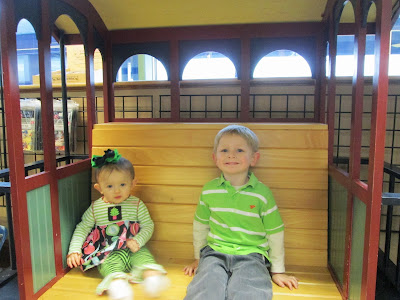 With all the fun things going on, the kids were exhausted, and you know what that means...they fell asleep on the way home.  Woohoo!!!