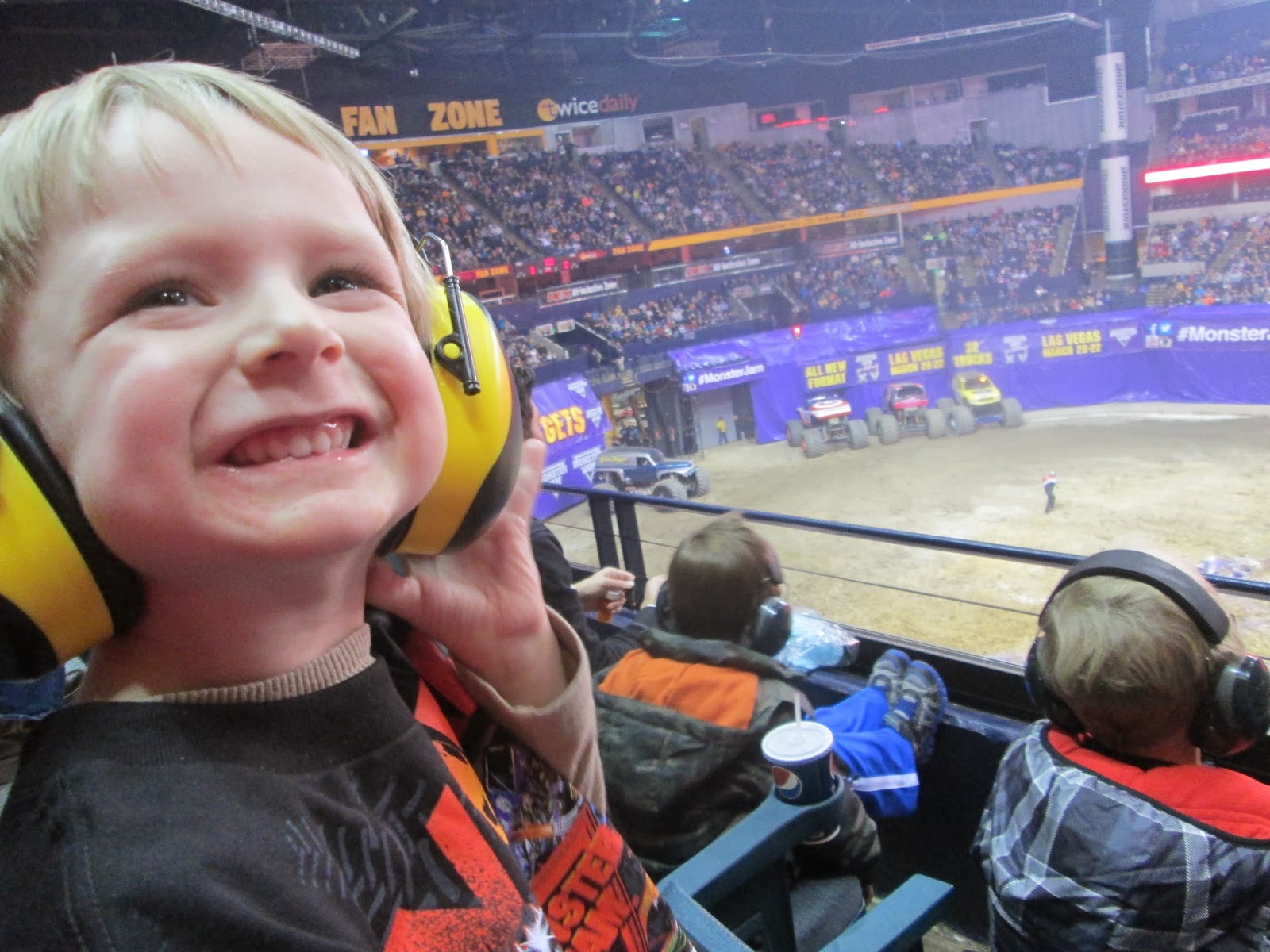 Eli had a very special day because he finally got to go to Monster Jam.  He's been in to Monster Trucks for about a year now despite my attempts to advert his interests to something a little less redneck.  I kid. Ha!  This is just new territory for a H.B.B.Q. (Has Been Beauty Queen.) 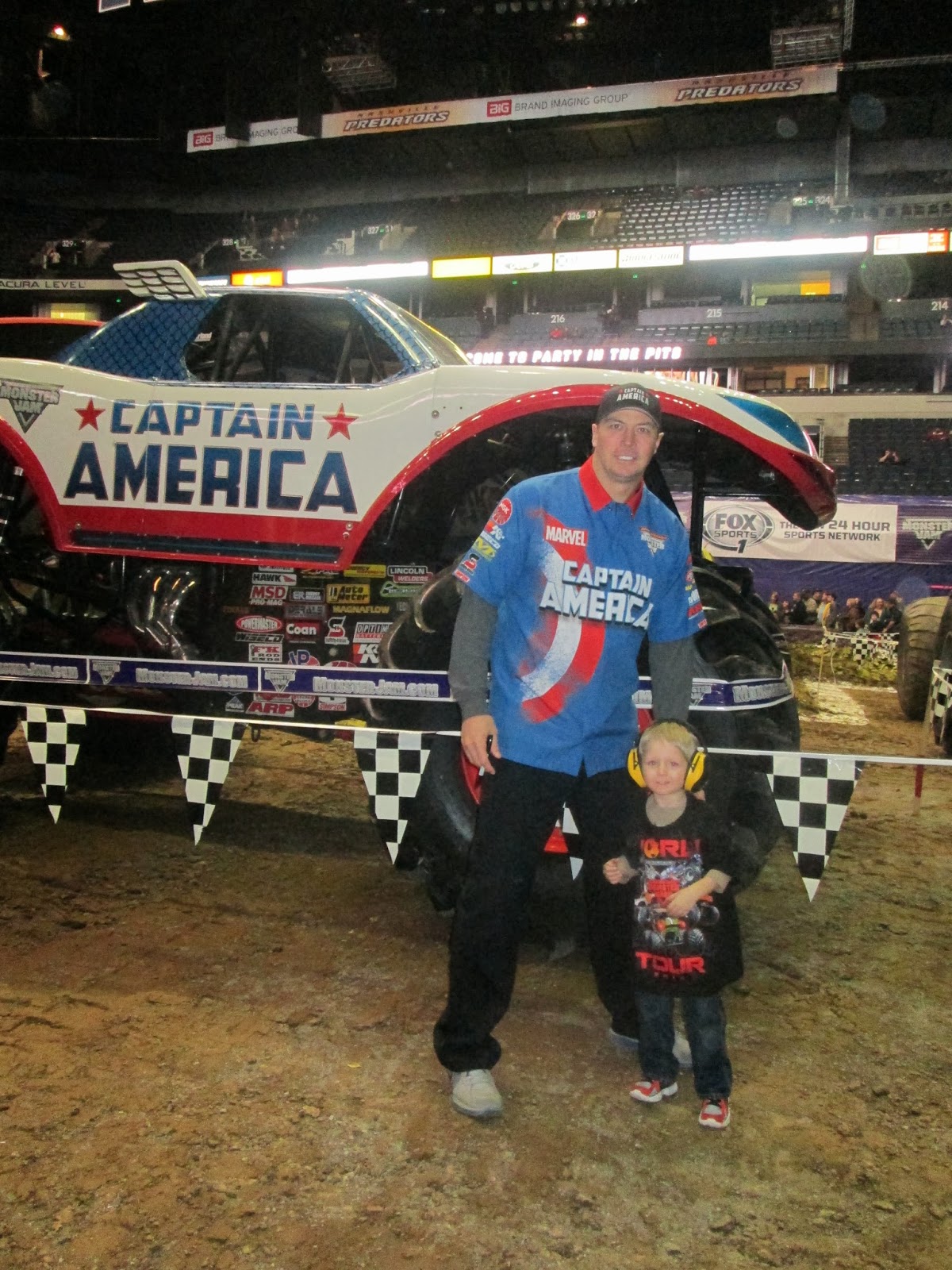 Anyway, all this little guy wanted for Christmas was Monster Jam tickets.  There were a few touch and go moments, but he ended up on the nice list, so Santa gladly obliged. Not only that, but he surprised Eli with pit passes which meant that he got to go see the trucks up close and meet the drives. 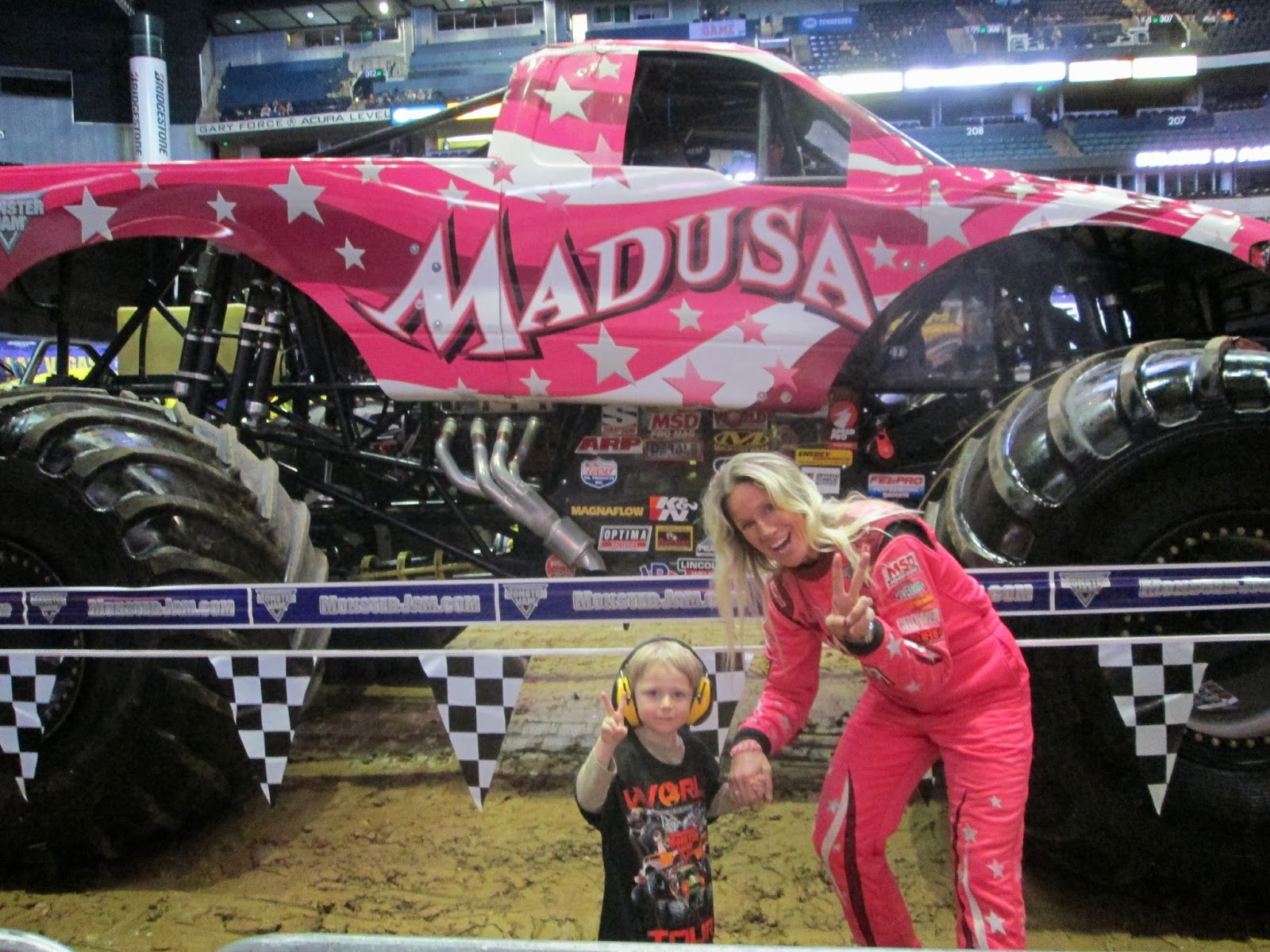 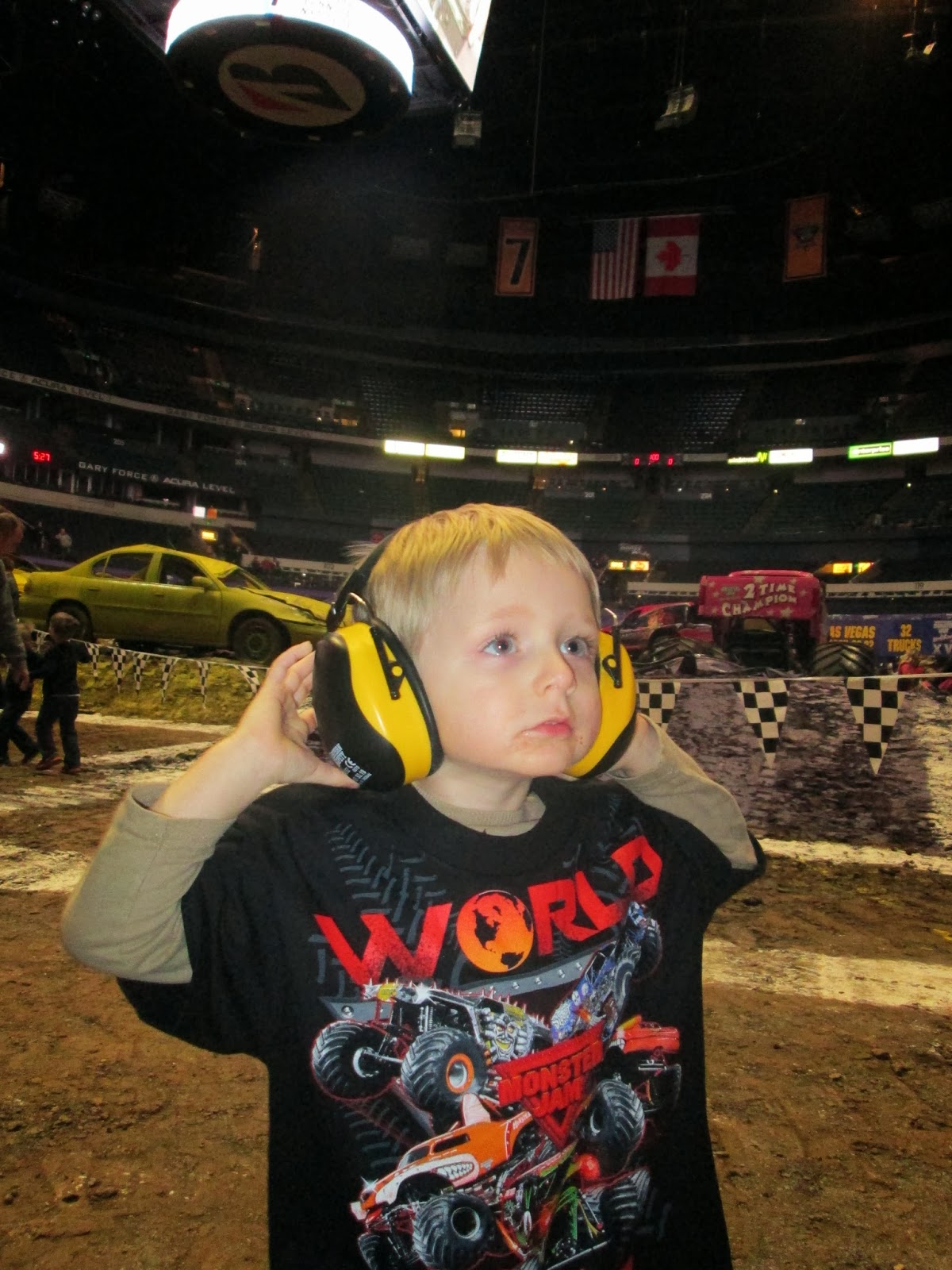 So after running a few errands today, Eli and Eric left for Nashville.  They stopped to eat at the Old Spaghetti Factory, but their meal didn't last long because Eli was in such a rush to get to the arena.  He met a few drivers, but insisted on meeting Medusa (that's the pink truck driver) for Ellie.  How sweet is that? And yes, my little princess loves Monster Trucks too. I'm losing this battle. 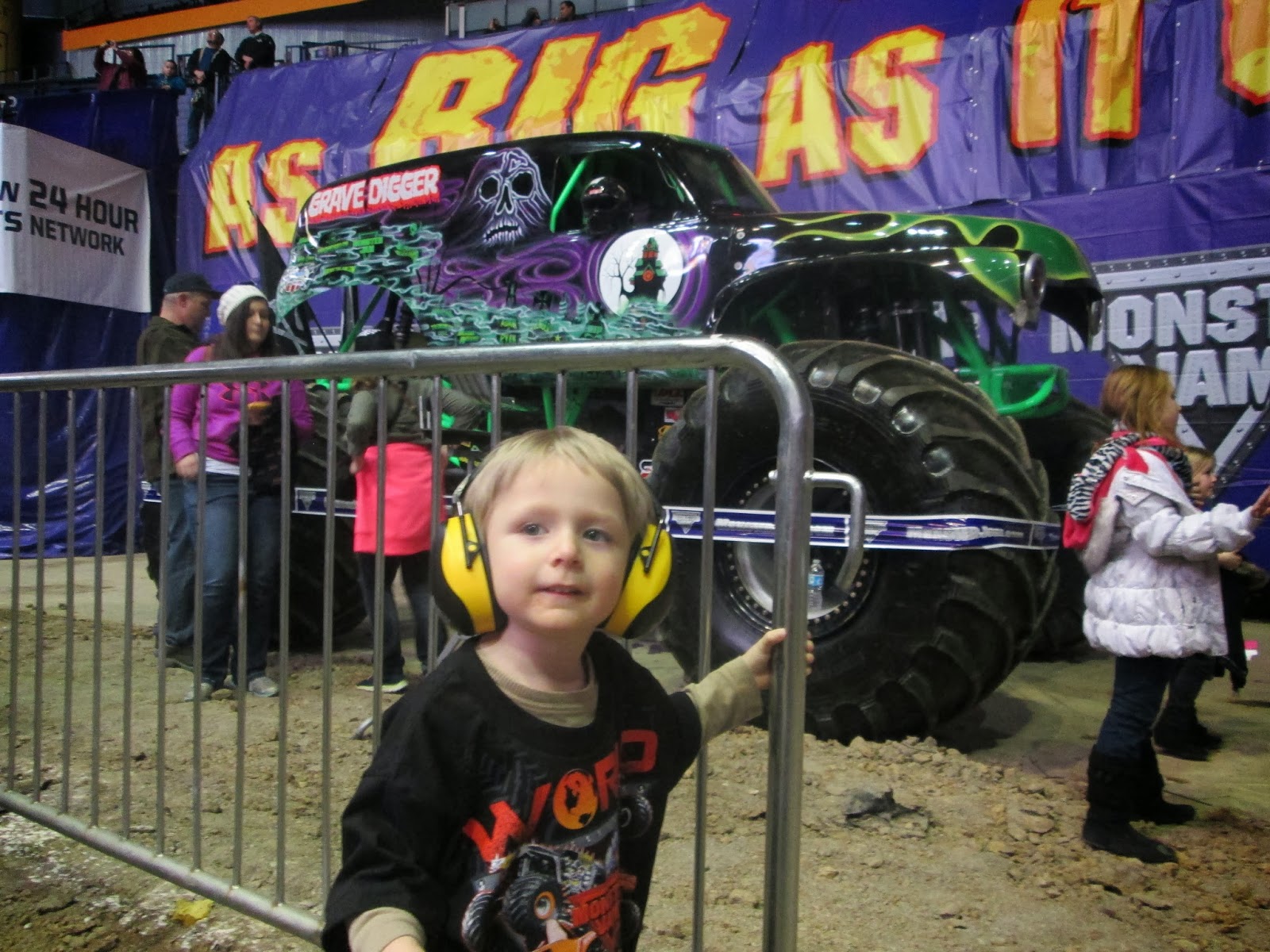 We were a little worried about how Eli would do with the noise because he hates loud sounds.  I'm talking he panics at fireworks, refuses to watch basketball games live because of the buzzer, and has mini panic attacks if he has to pee in an automatic flushing toilet.  That last one is super annoying!! 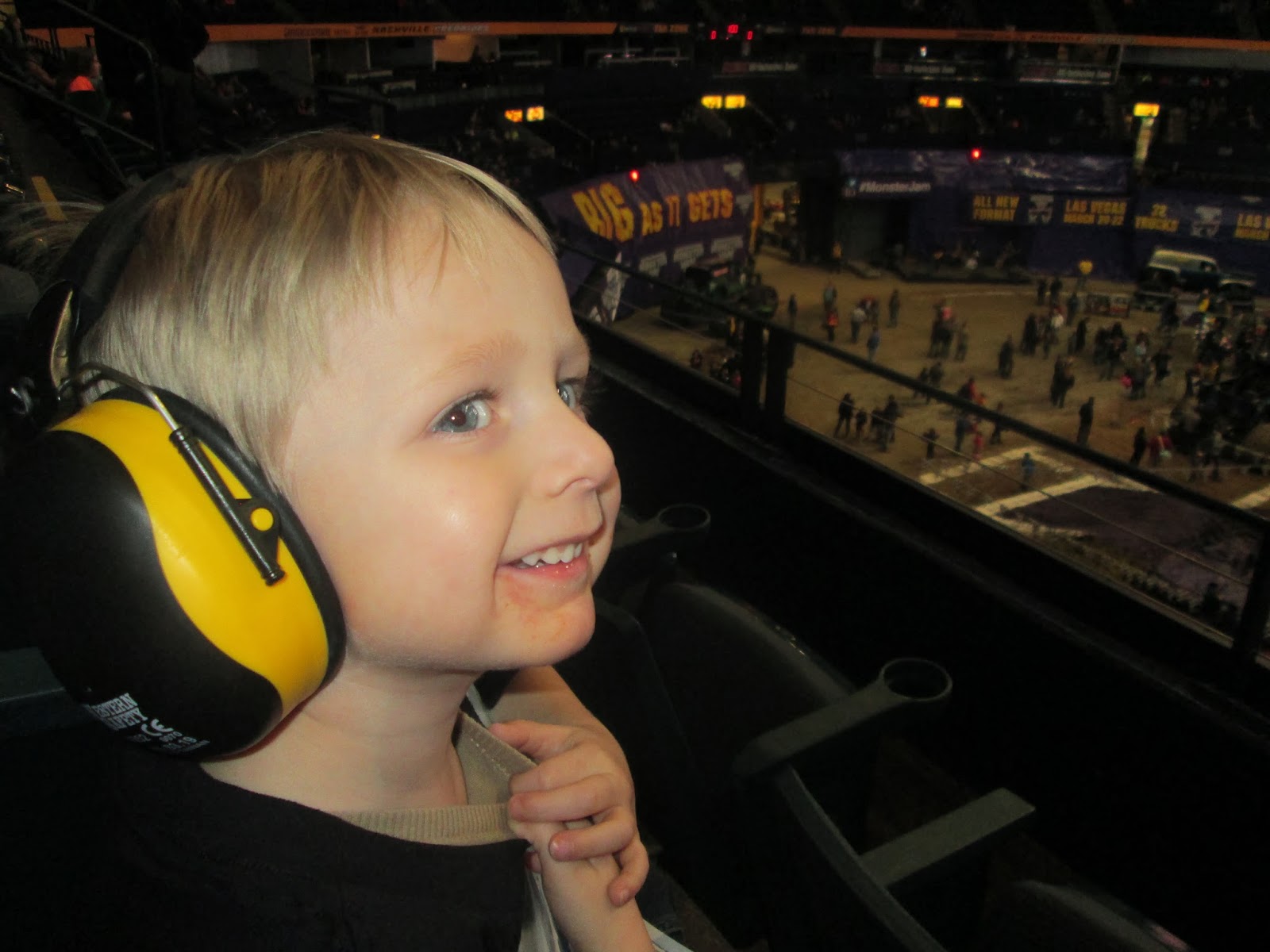 Eric bought him some earphone things and they were good to go.  He was in his element and loving every second of it.  He's already trying to convince us to take him to Atlanta next year.  I may give in and do a little shopping, we'll see.   Anyway, I thought he would conk out on the way home...not so much!  He was wired and talked 90 miles a minute until he crashed.

I am so thrilled that we were blessed with the opportunity to do this for him.  His little redneck dream came true. Ha!  No really, he made precious memories with his daddy, and that's something that will last a lifetime.