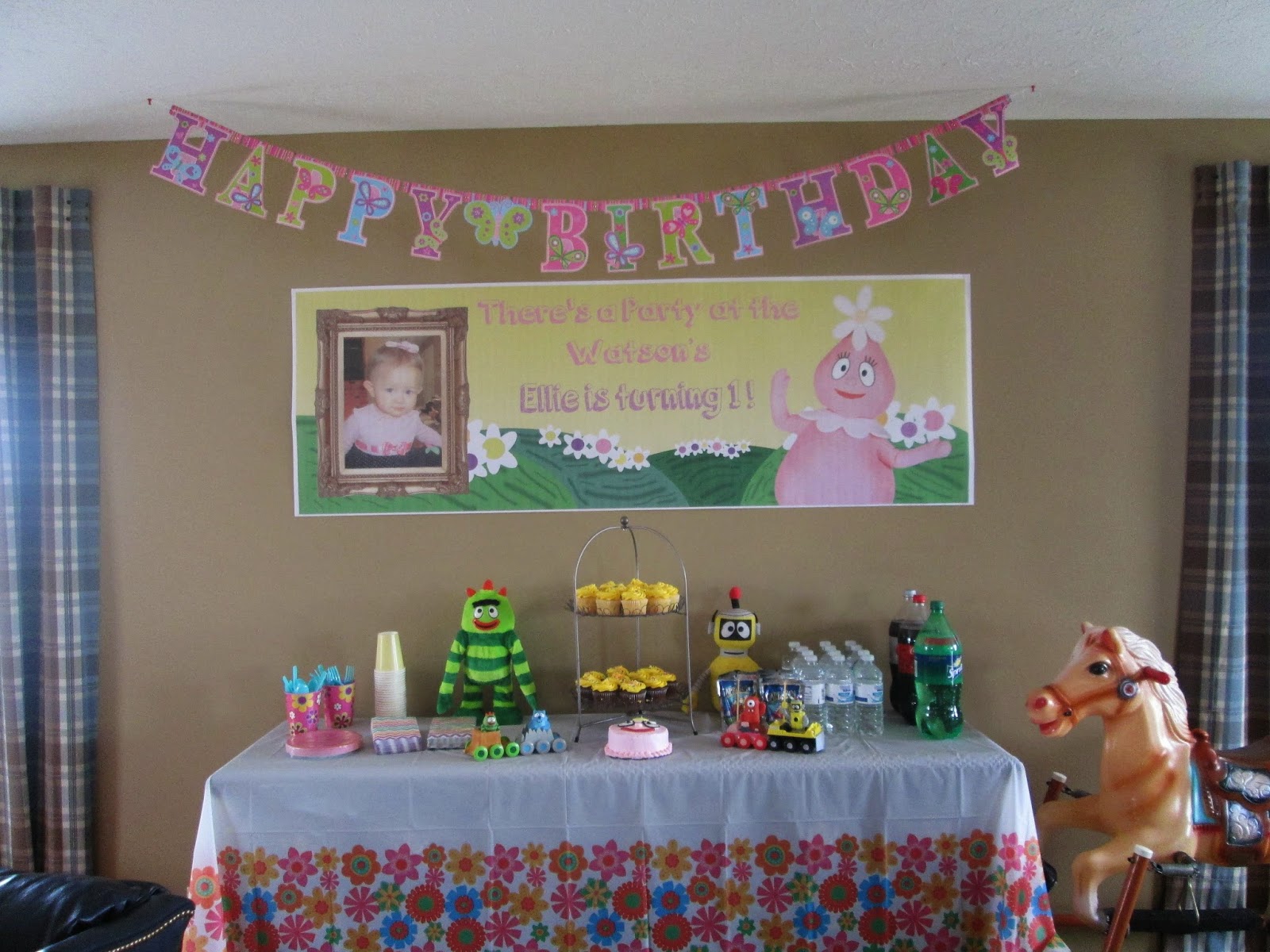 Ya'll know we don't go too overboard on the whole birthday party thing.  I'm sure that will change when school starts, but for now, it's pretty much family and a few close friends.  Such was the case for Ellie's first birthday party this weekend. 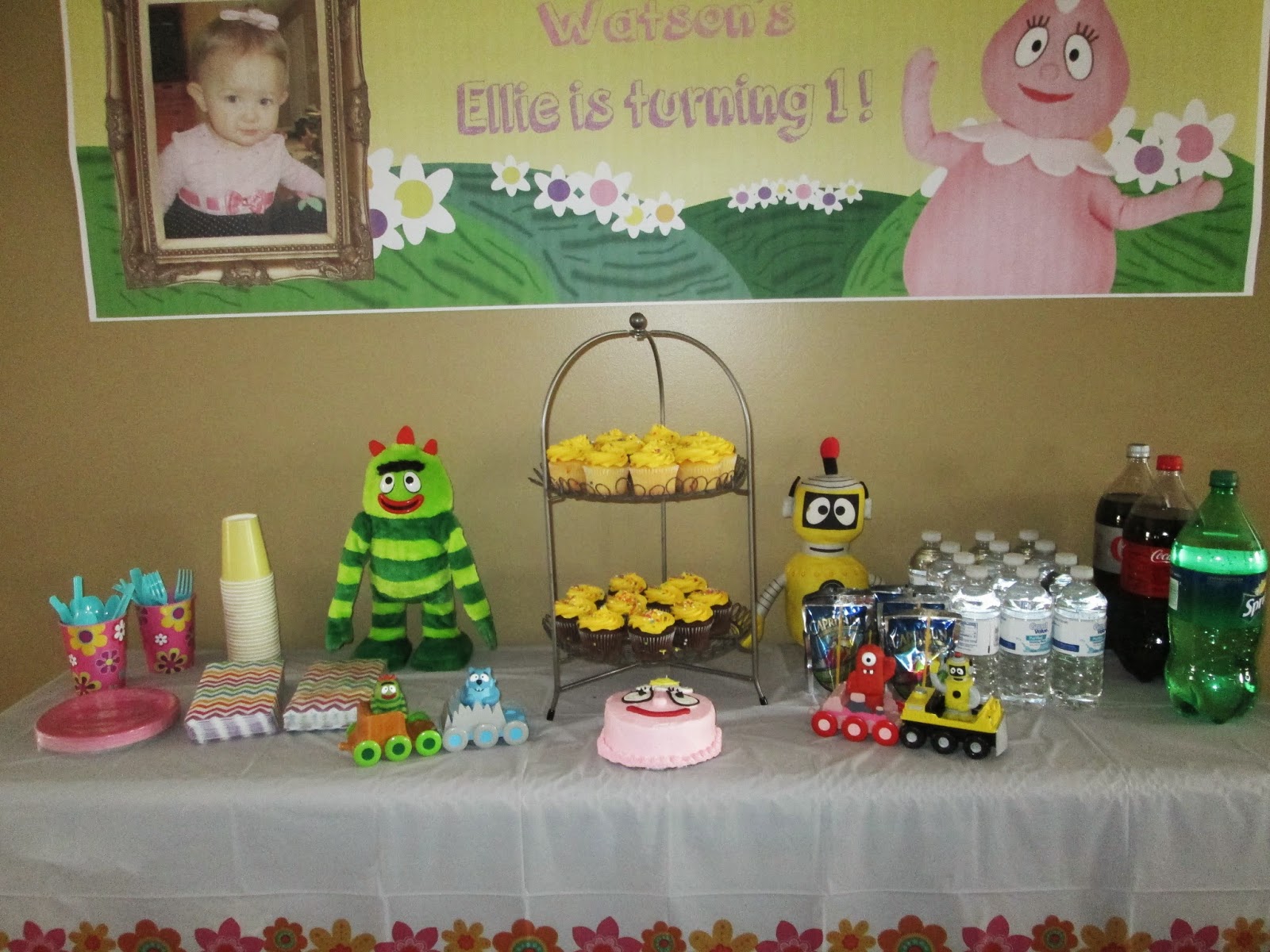 It was fun because Eli's first birthday was Yo Gabba Gabba themed.  Ellie seems to be following in her brother's footsteps, so we kept the tradition alive, only made it more girlie. Neither of our families could come down on Friday night.  At first we were a little bummed out, but it ended up working out really well because we were able to set everything up the night before which made Saturday much more relaxing. 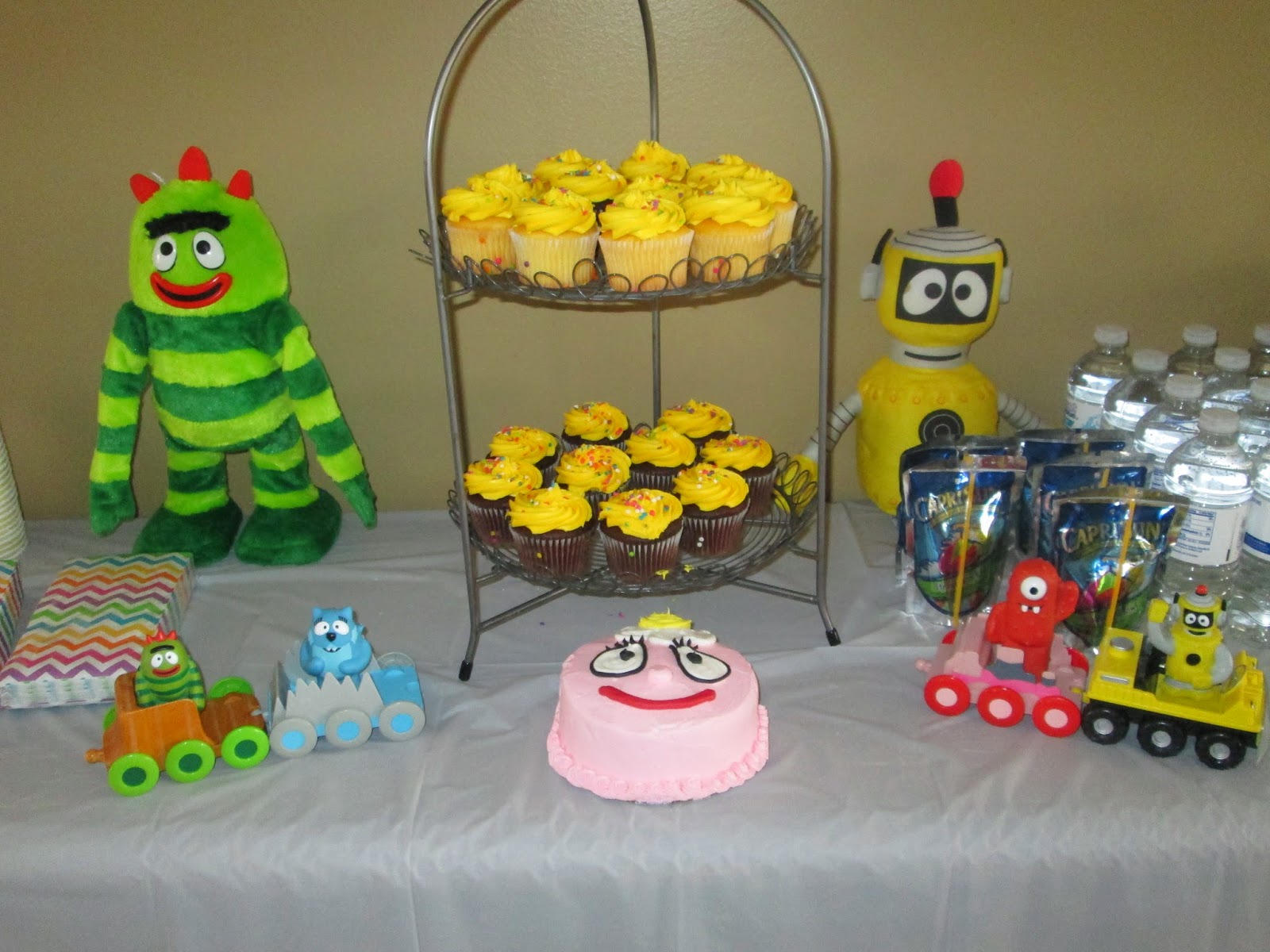 My parents made it early, so we ate lunch, picked up the smash cake and ran a few errand before the guests arrived.  It was really nice to have that time with them. 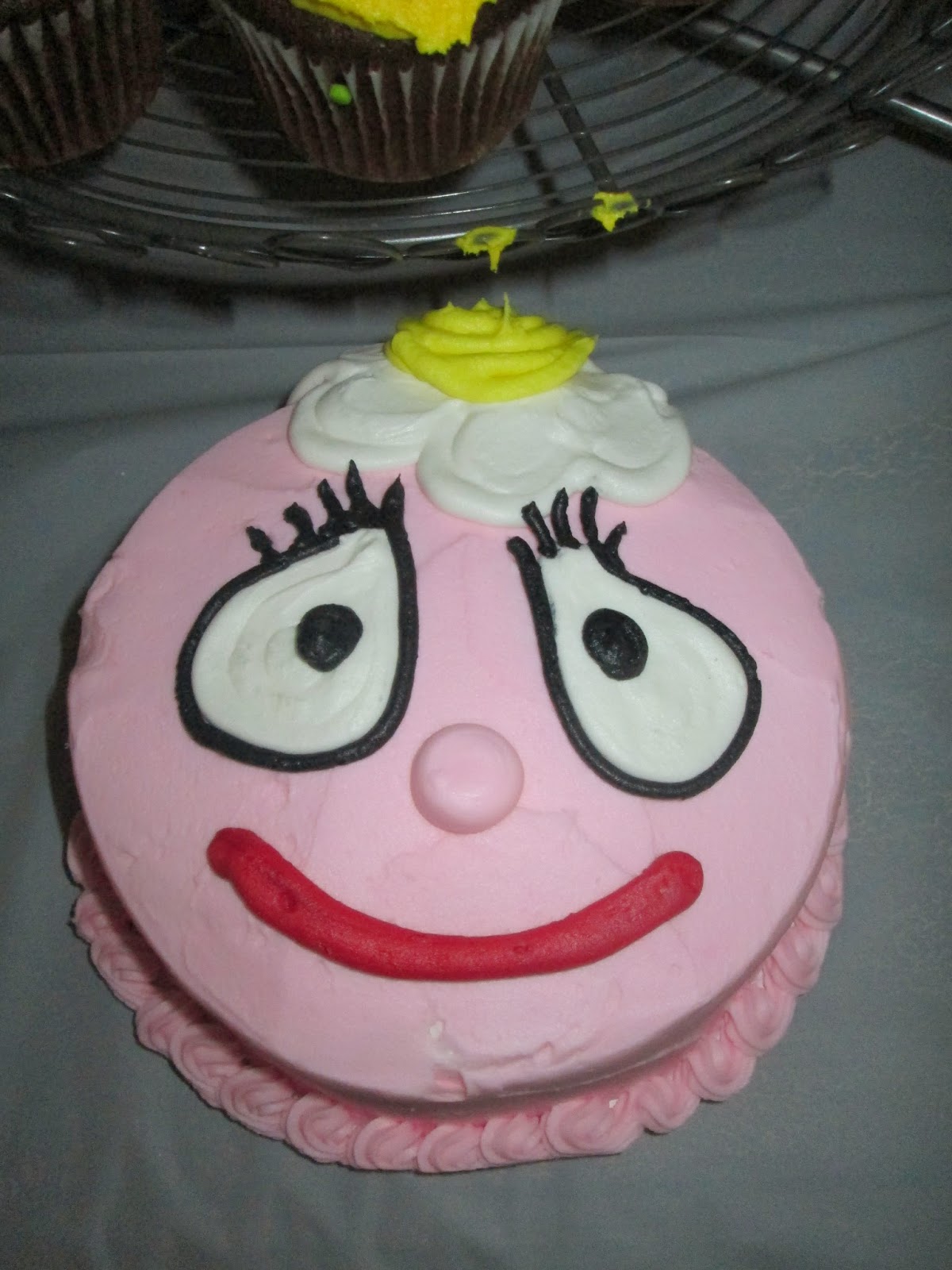 Here's Foofa...the smash cake! I'll try to bore you with too much commentary on these next pictures which are pretty self explanatory.  Basically we started the party by opening gifts.  Normally, I do this last, bit I knew she would make a mess, and I didn't want to mess up her outfit. 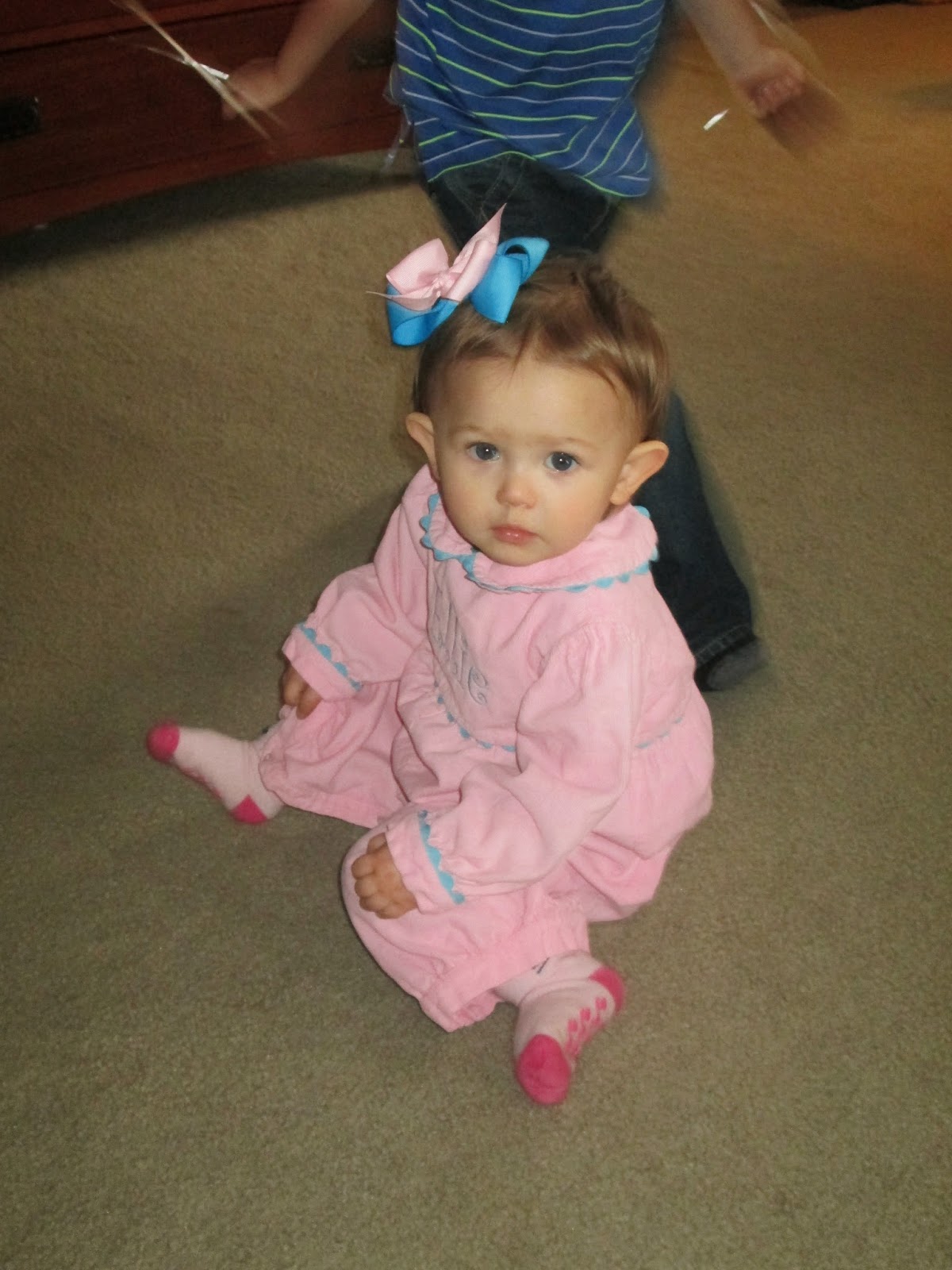 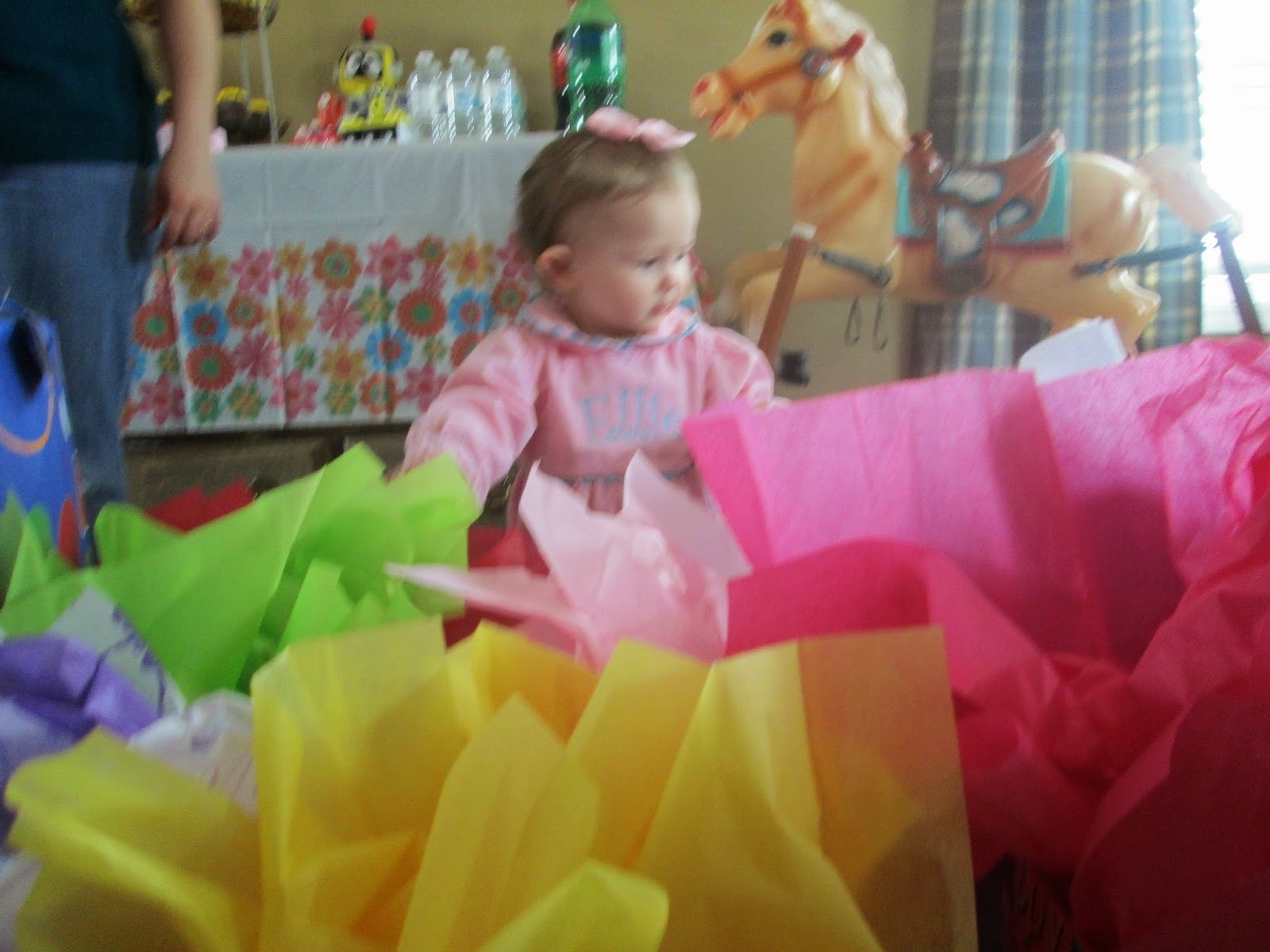 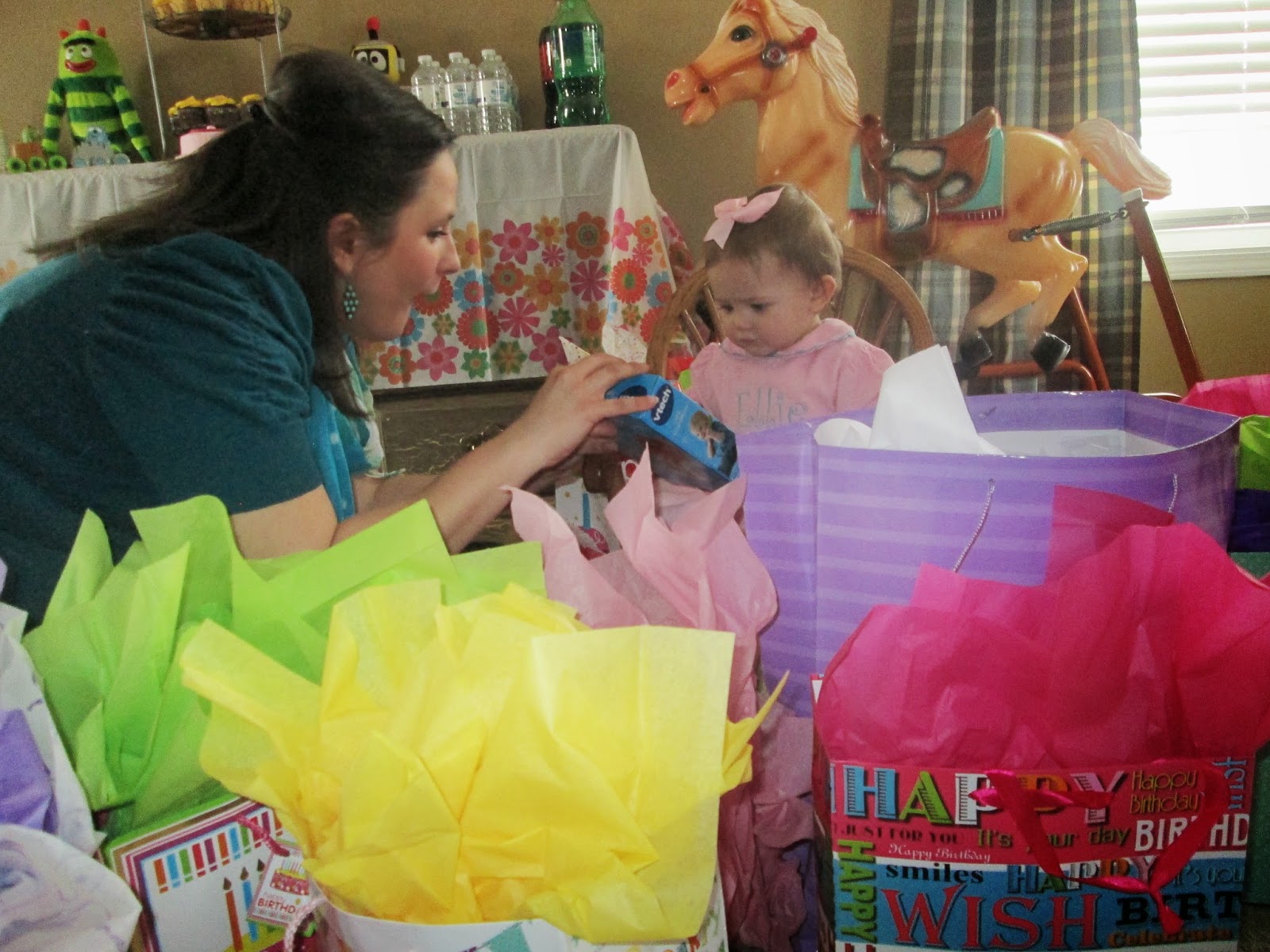 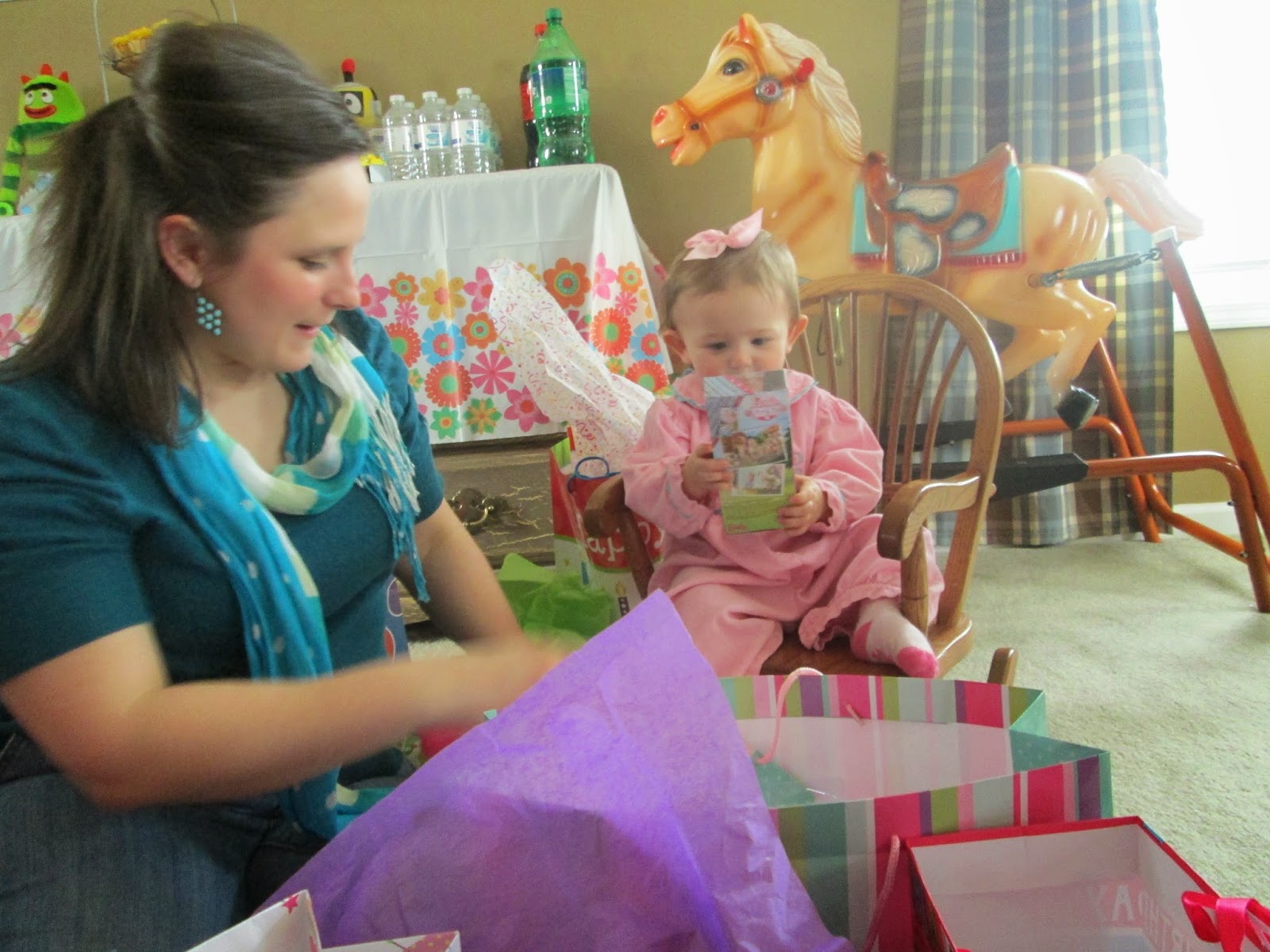 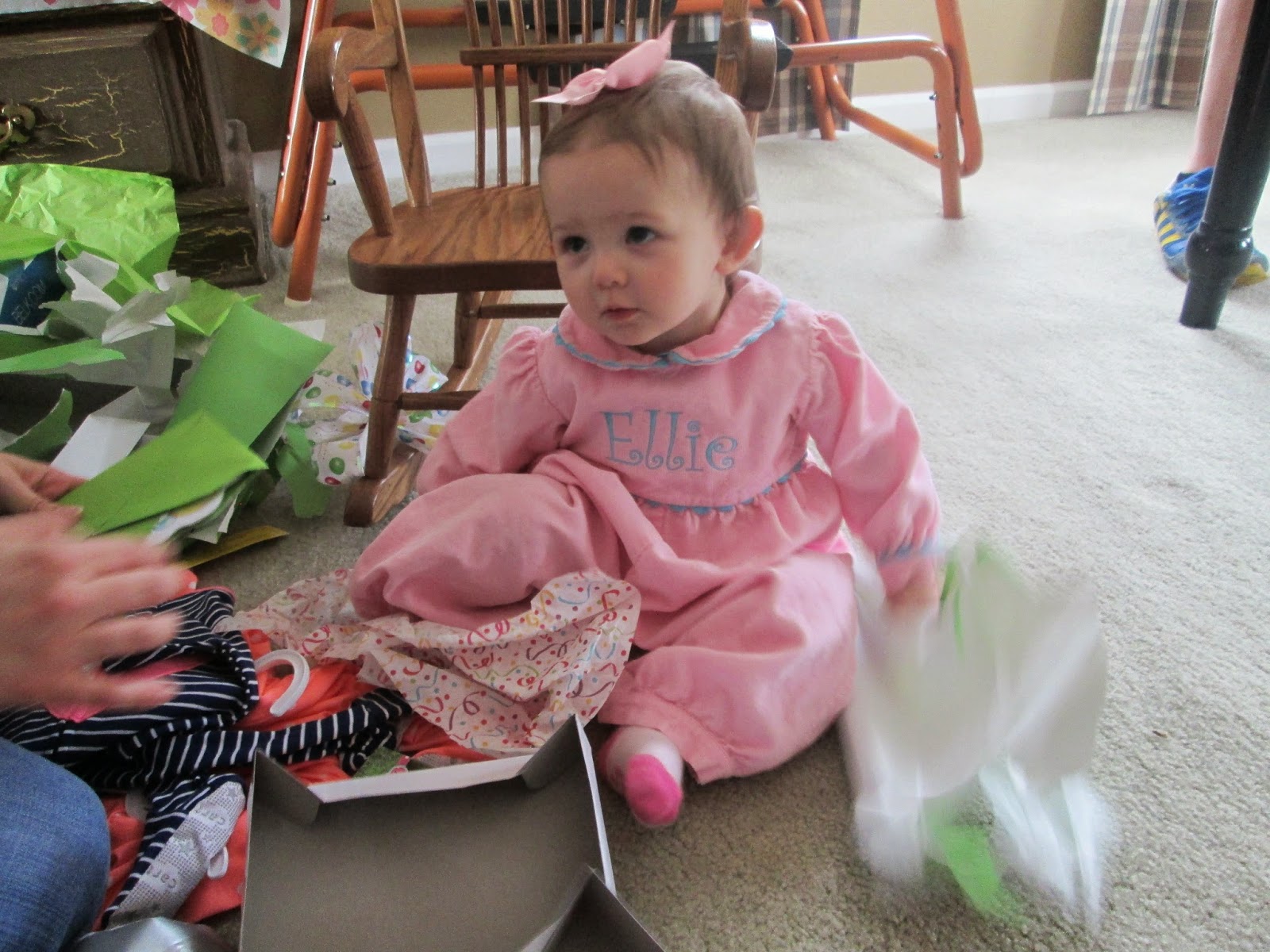 Eli and Griffin were the only two kids there, and they were so cute cheering for her as she opened all of her gifts.  It was so stinking cute!!  She was so proud to be the center of attention. 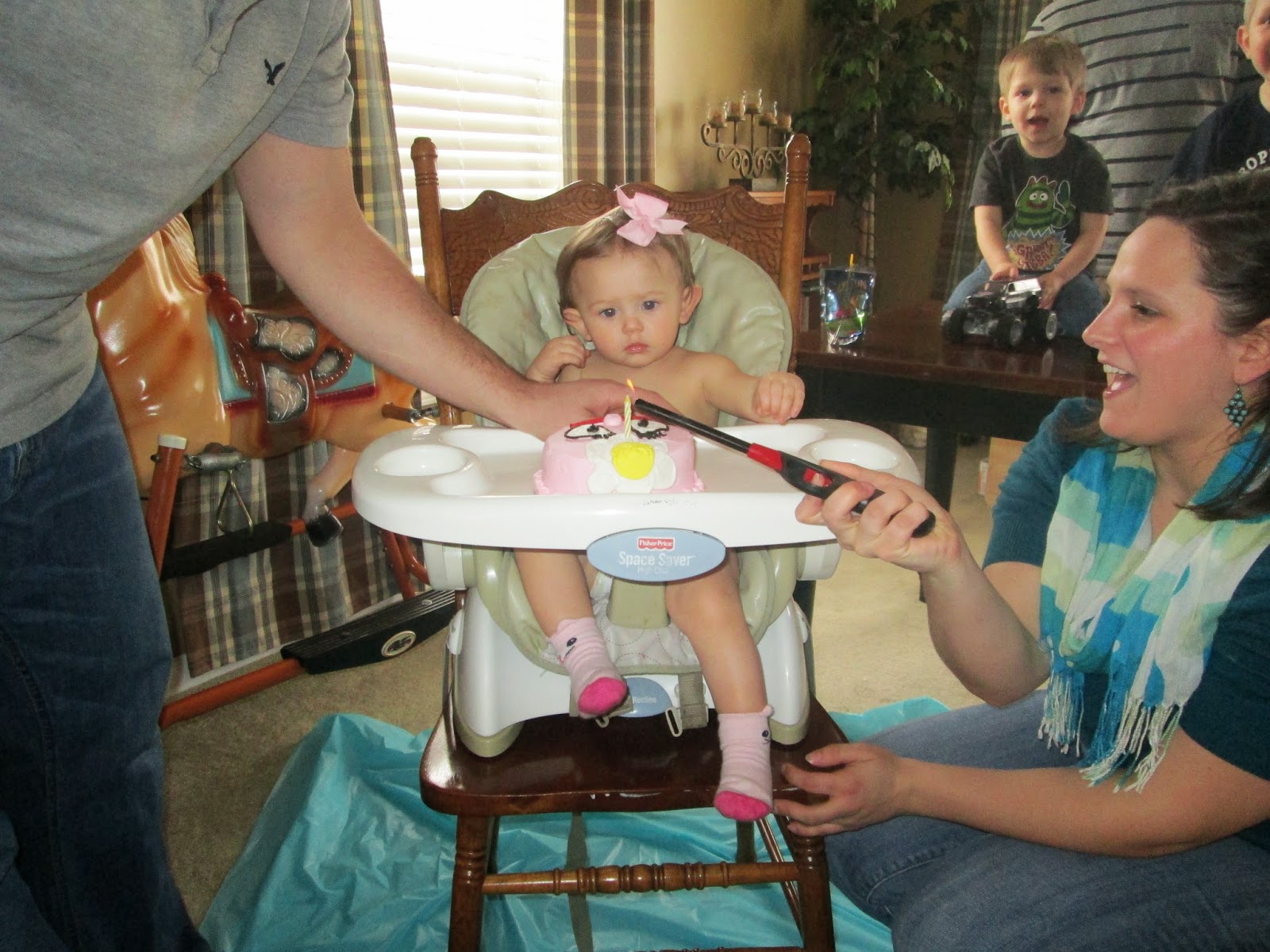 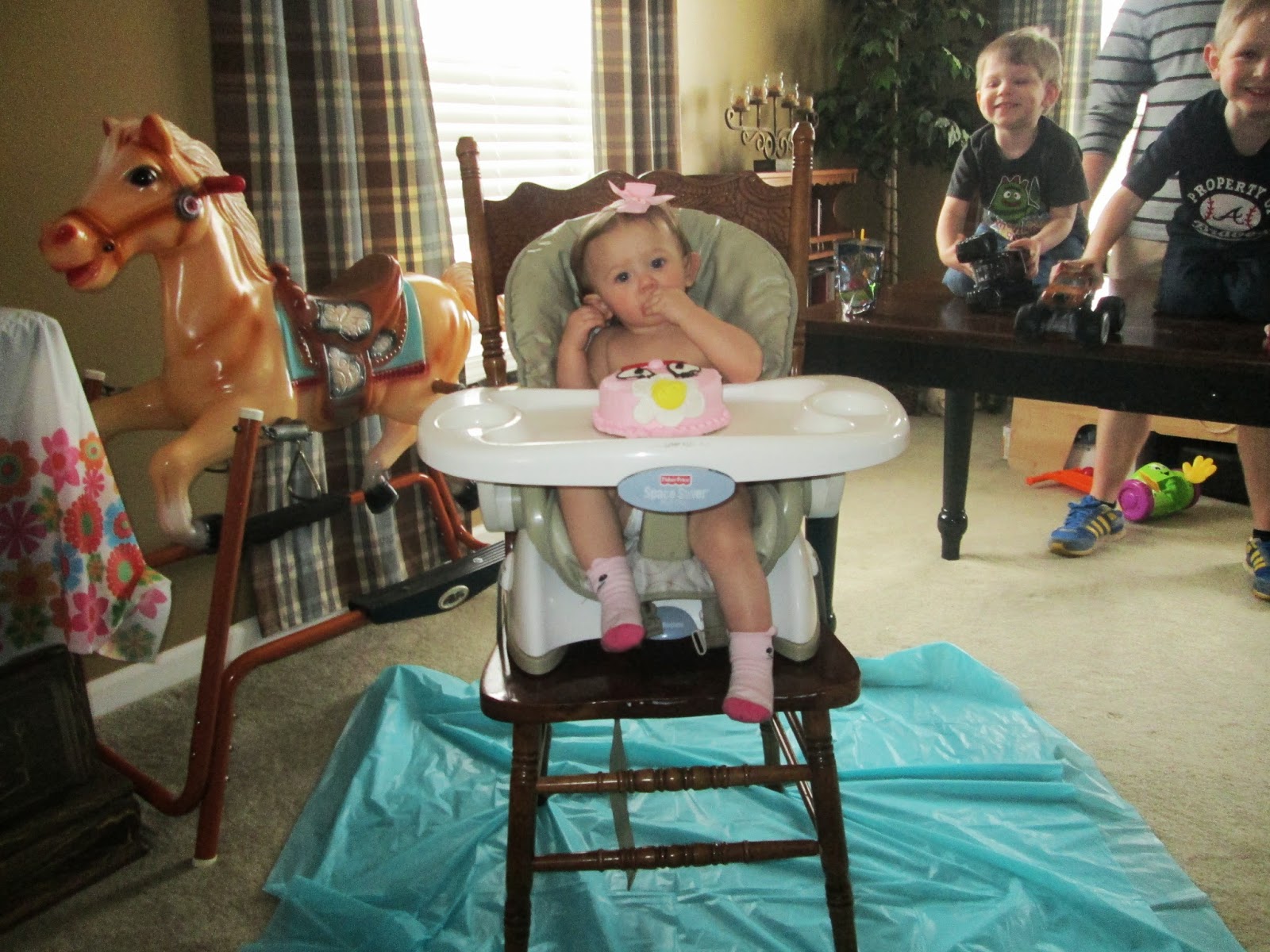 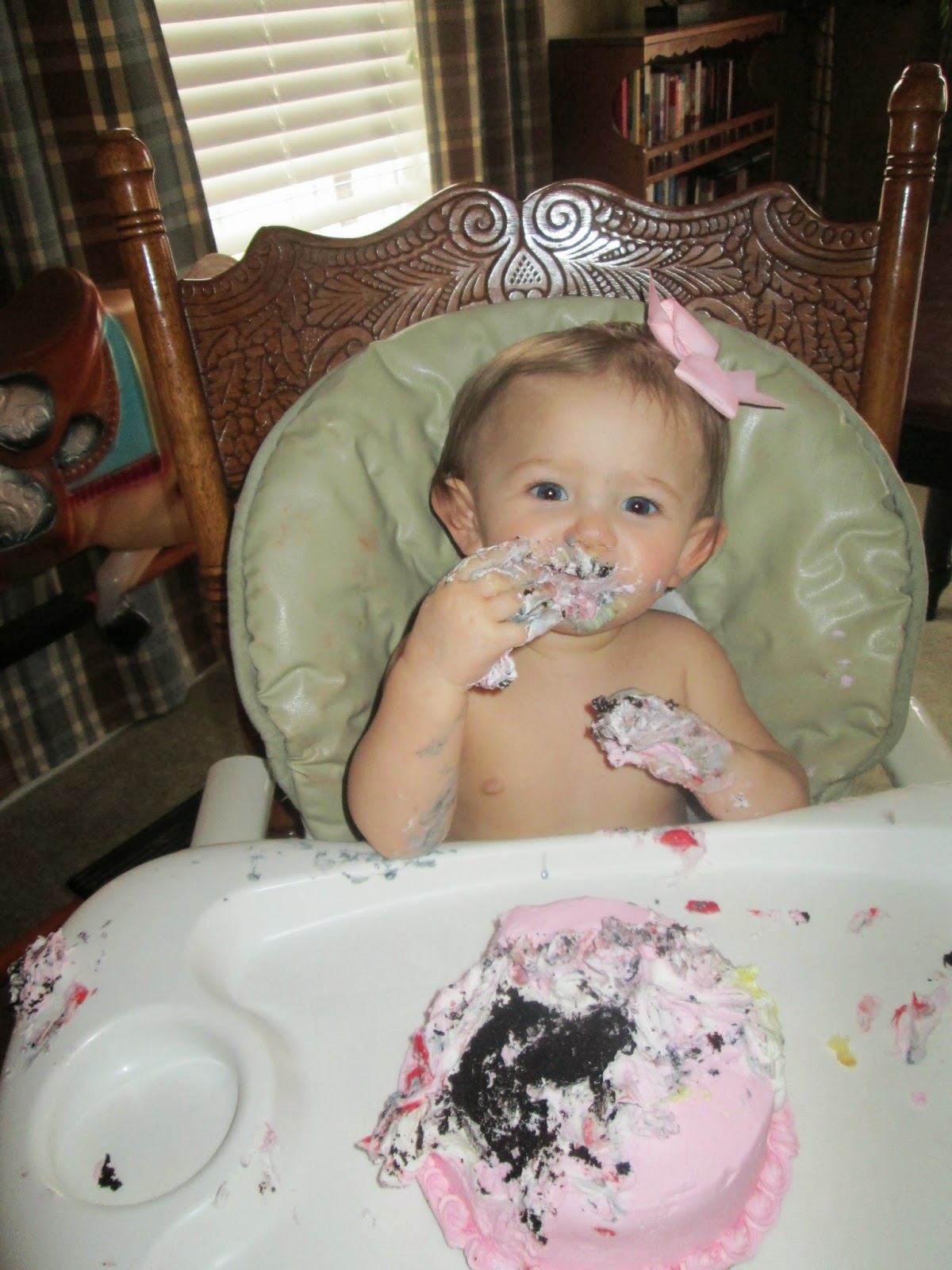 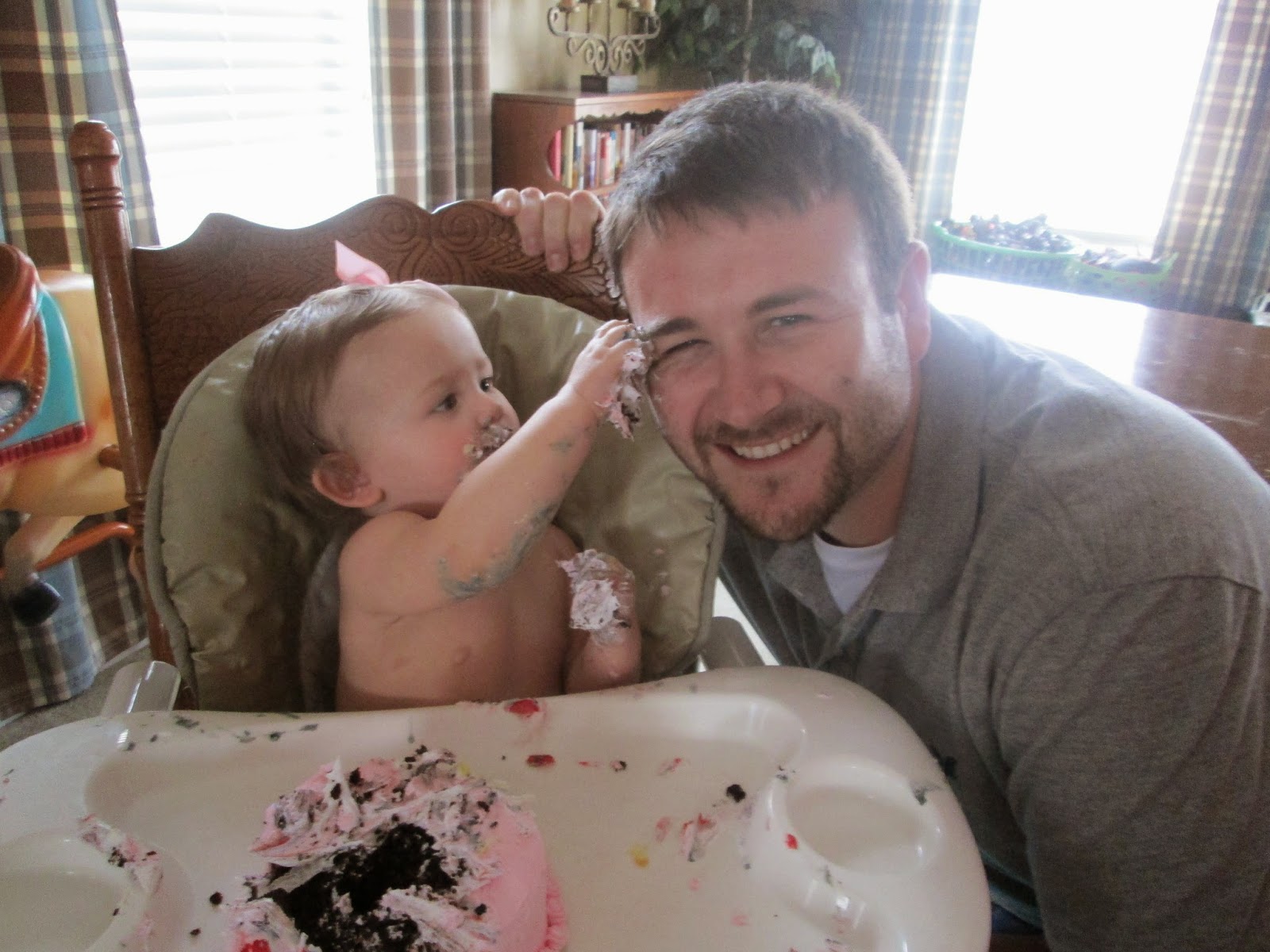 The smash cake was so much fun!  At first she was only interested in eating the yellow icing.  Then she discovered the chocolate and it was over.  She was very generous too and wanted to share her mess. 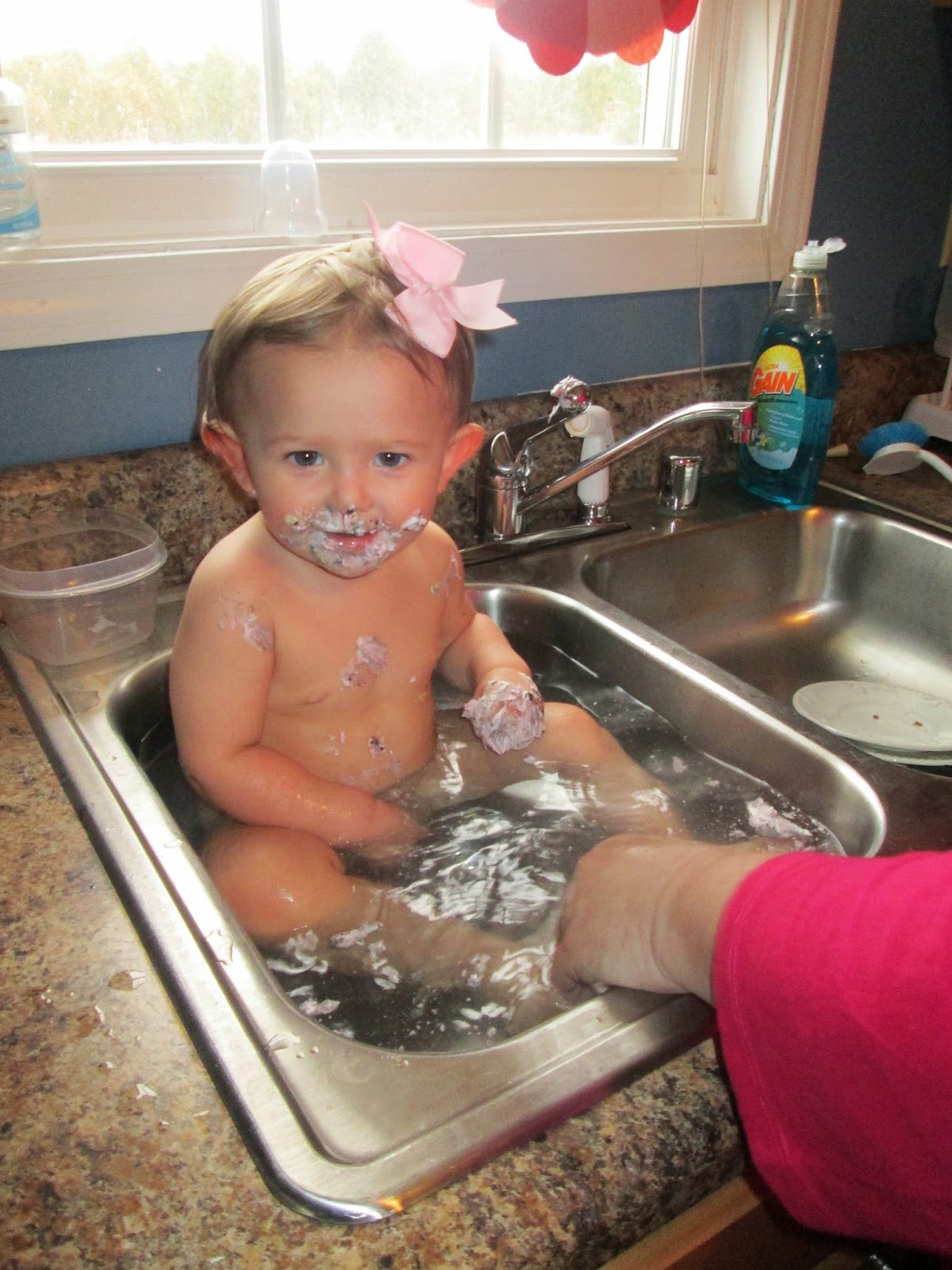 Of course you have to all but hose them down after that, so we took a quick bath in the sink. It was fun seeing all the girlie stuff she got.  Tutu, crown, dolls, clothes!  I loved it...and so did shee!! 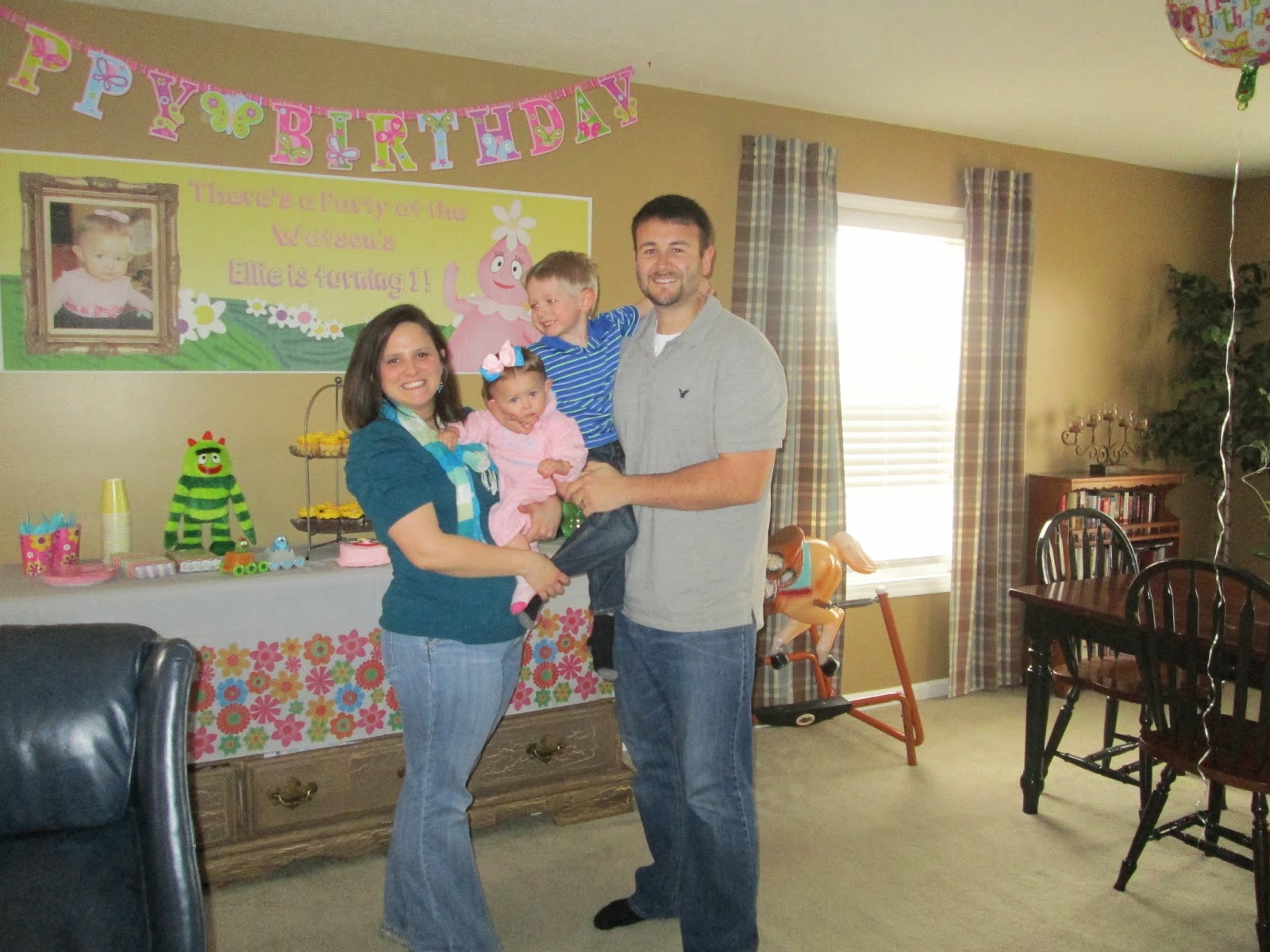