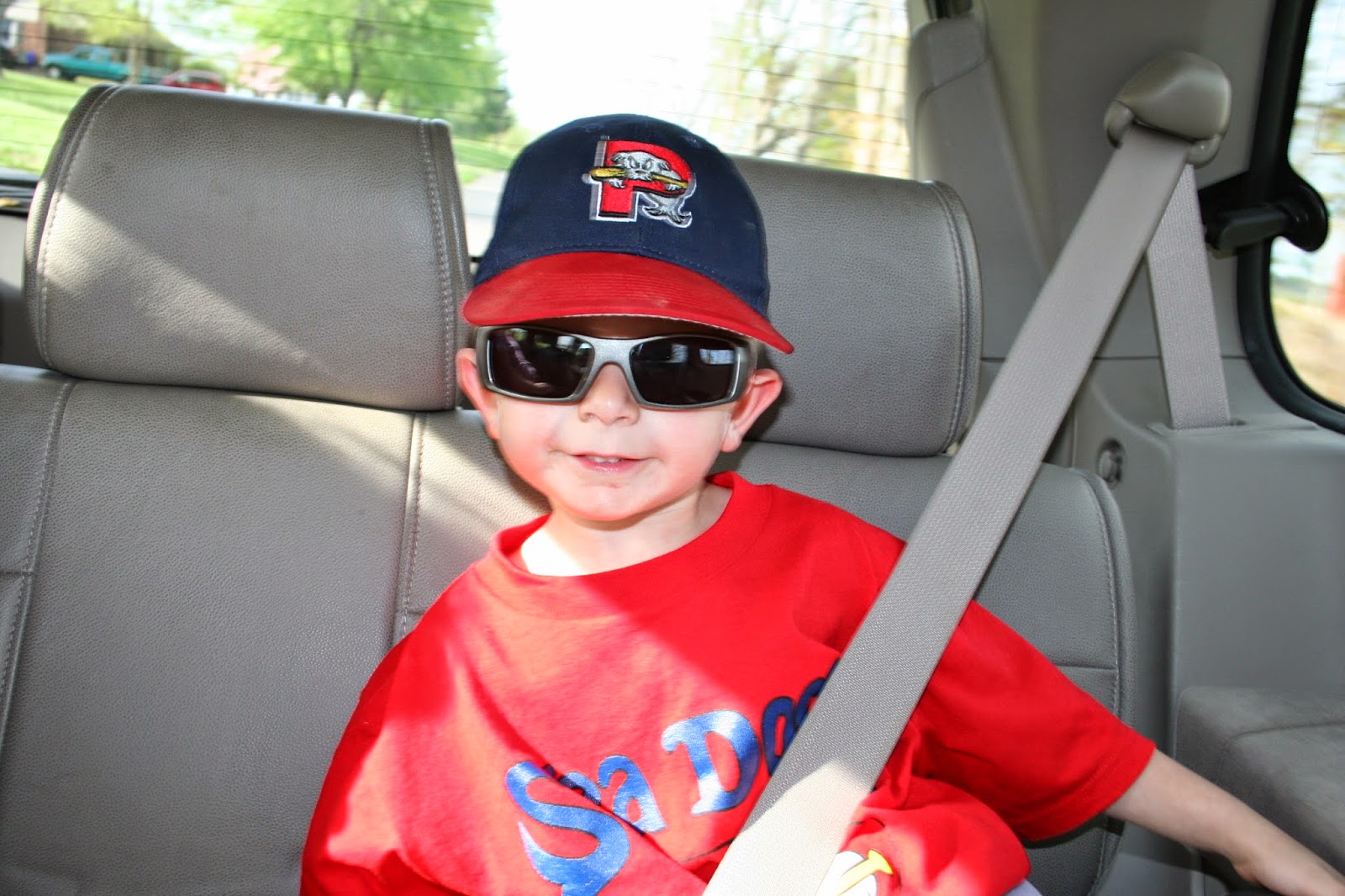 Tonight was Eli's very first t-ball game.  I feel like this is such a milestone because he loves baseball so much and has wanted to play for so long. 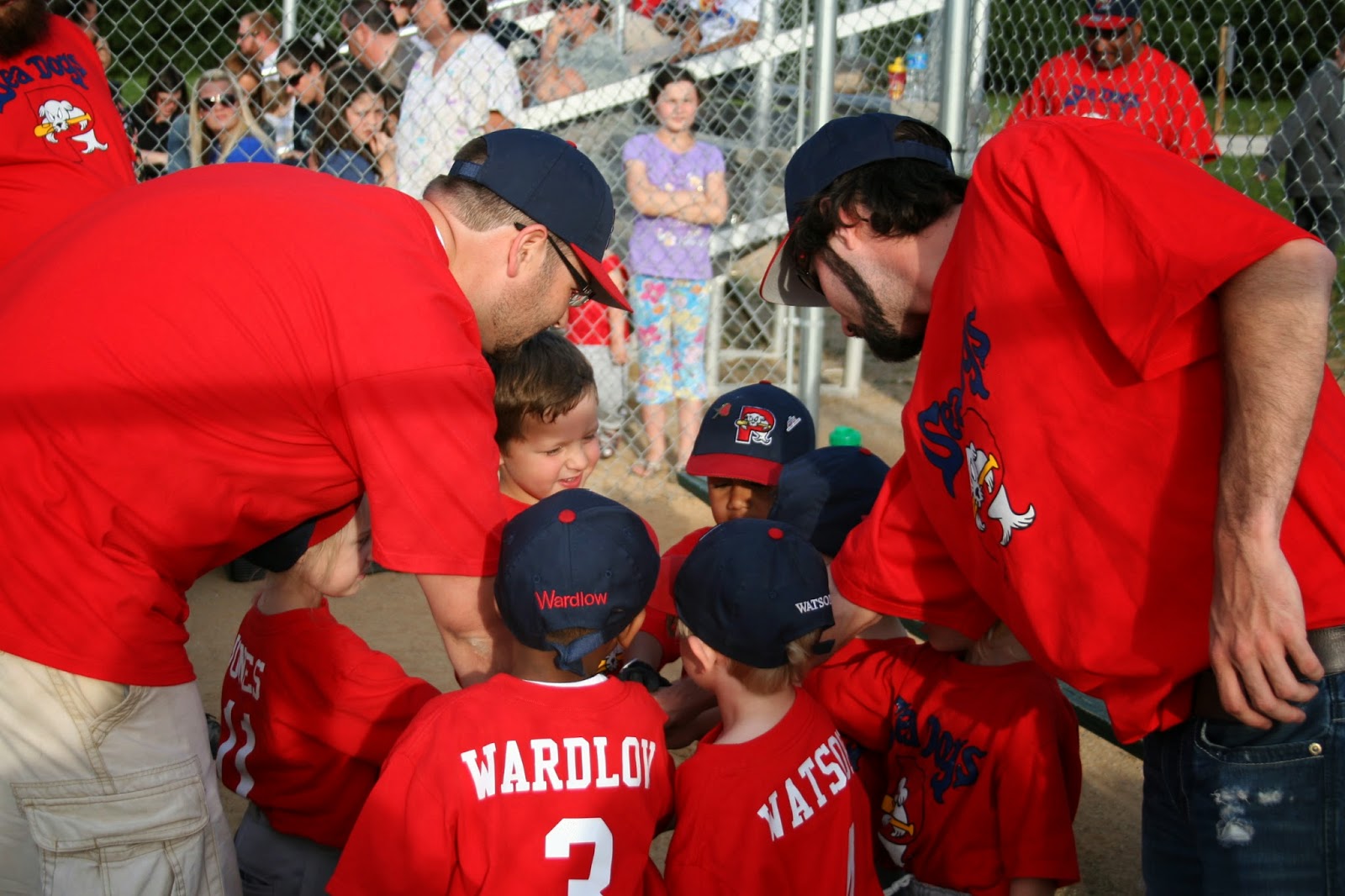 We rushed home from work and loaded up to head out.  Thankfully my parents were home and had him and Ellie all dressed and ready. 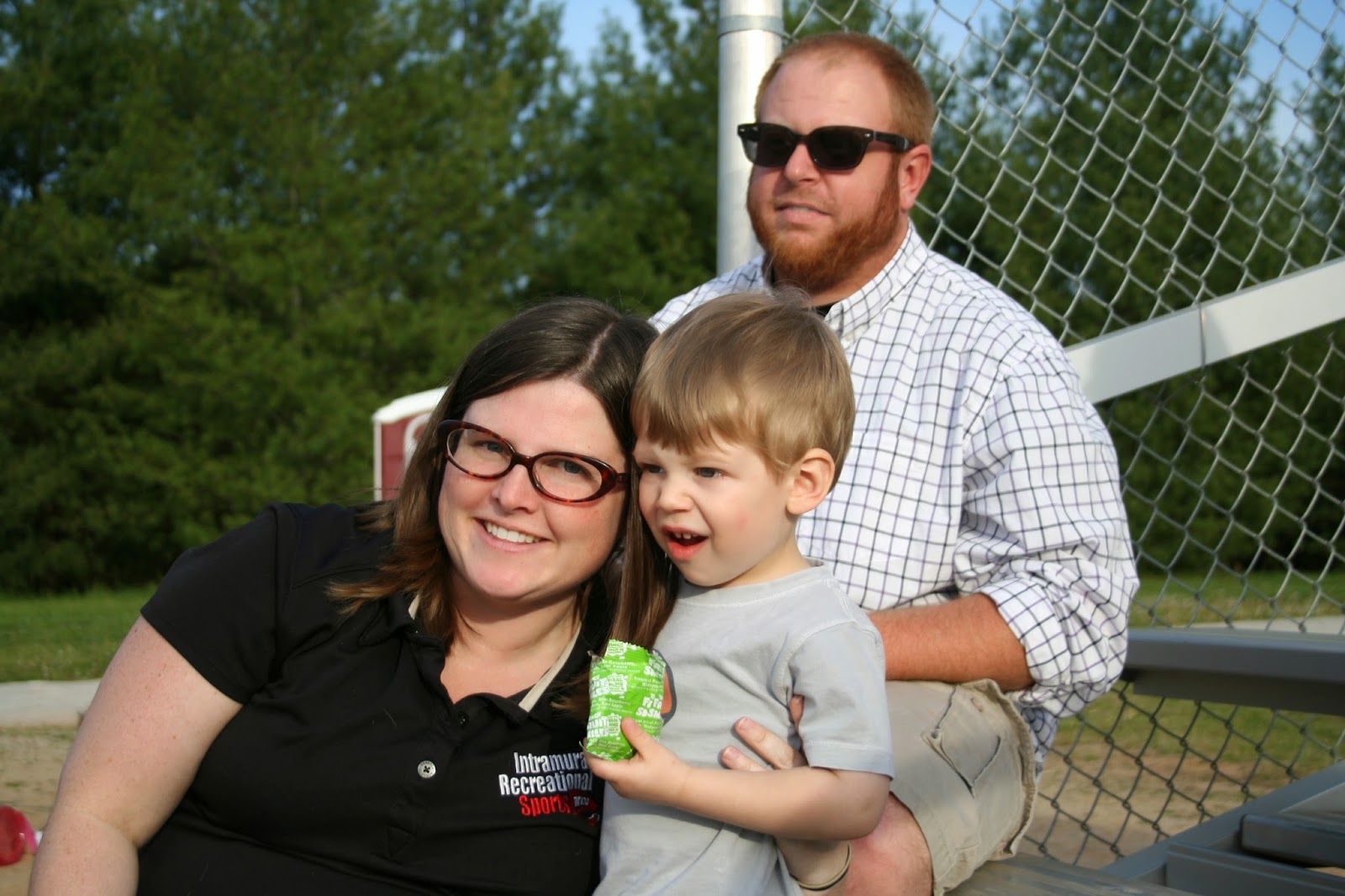 Eli had quite the cheering section.  Me, Ellie, my parents, the Pates, and Ms. Beth.  If you missed it don't worry.  I'm sure he'll sign autographs later. Please don't think I'm too hard on my kid, I just want to document this for personal memory: Eli had a great game in the field, but he seemed a little nervous when it was time to bat.  He either missed or hit it to the pitcher.  Of course, I still think he's a rockstar! 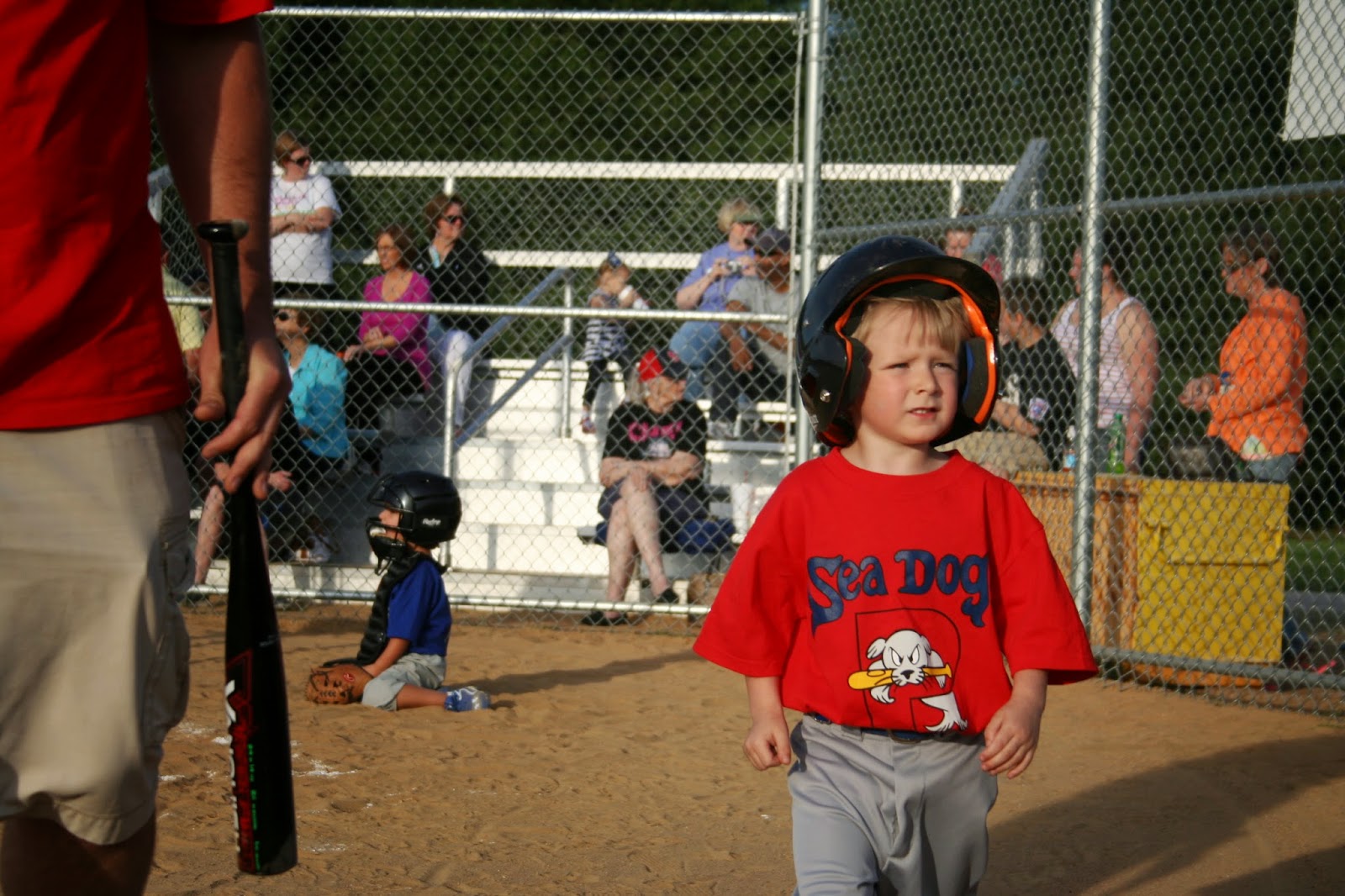 The next pictures are of Eli and his buddy Miles.  They are best friends from daycare, so we were thrilled that they would get to play on the same team.  I have a feeling this will be the first of many times that we'll cheer these two on. 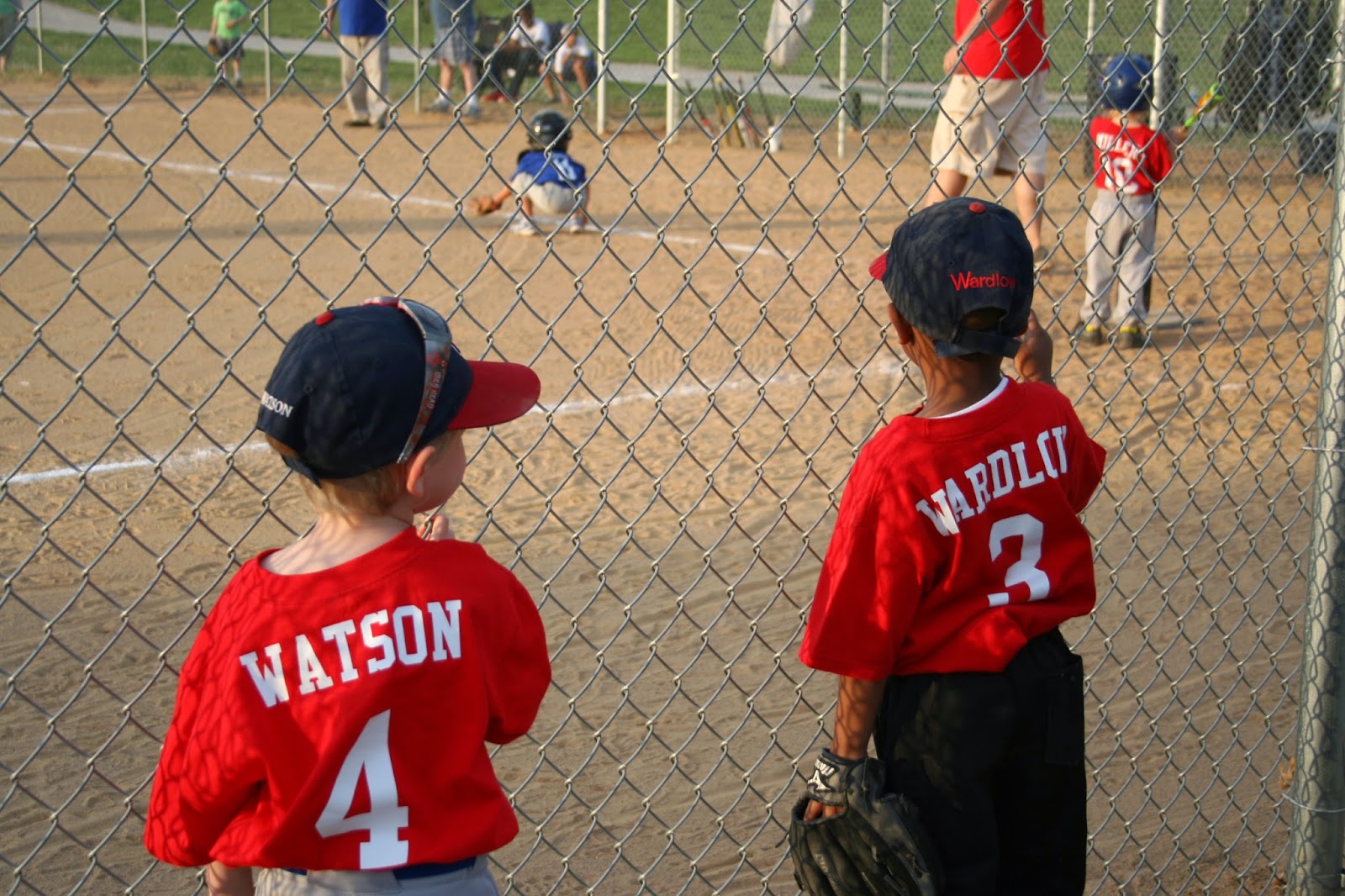 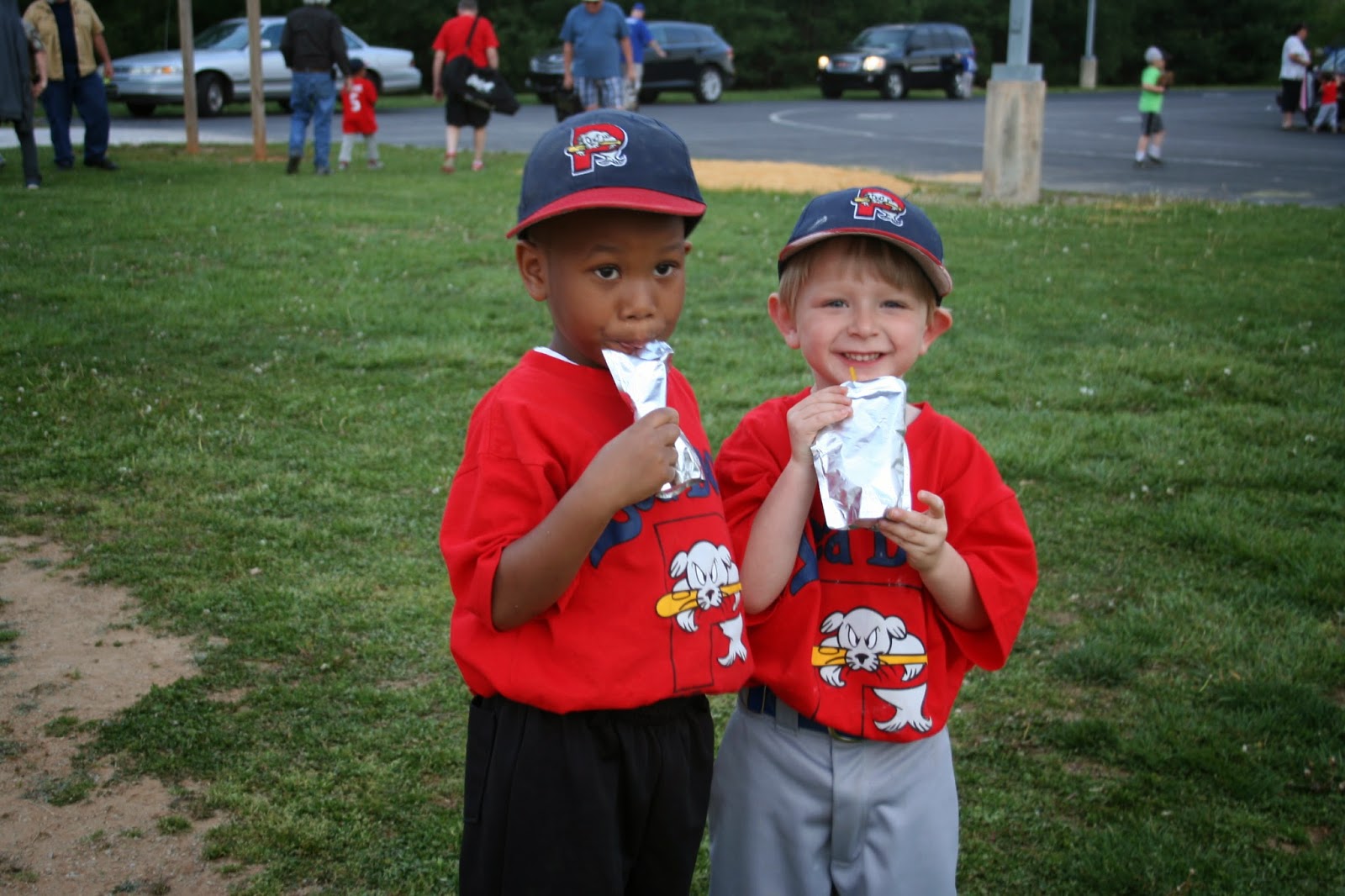 Ya'll, it was such a blessing having my parents there.  Ellie was a beast.  Bless her heart, I think she's getting sick with something and just wasn't feeling the game.  Thankfully my parents watcher her so that I could cheer for Eli.  Sabrina also helped the cause by giving her Cheetos. 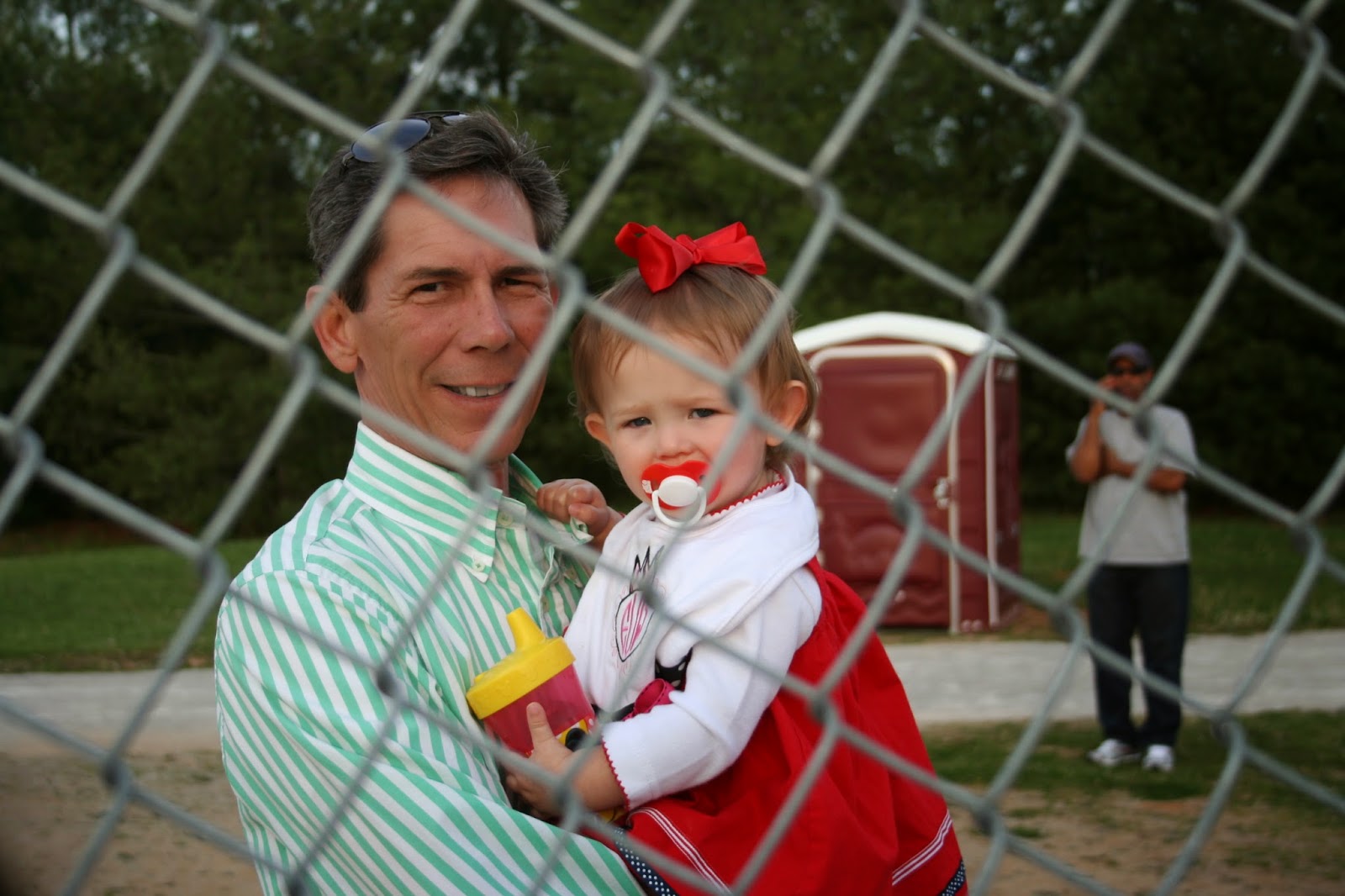 Everyone said that t-ball would be fun, and they were right.  The kids were playing in the dirt, running to third instead of home, fielding their one balls.  It was too fun.  Even my serious little player yelled to me from second base to ask if he could play with Griffin after the game,  Ha! 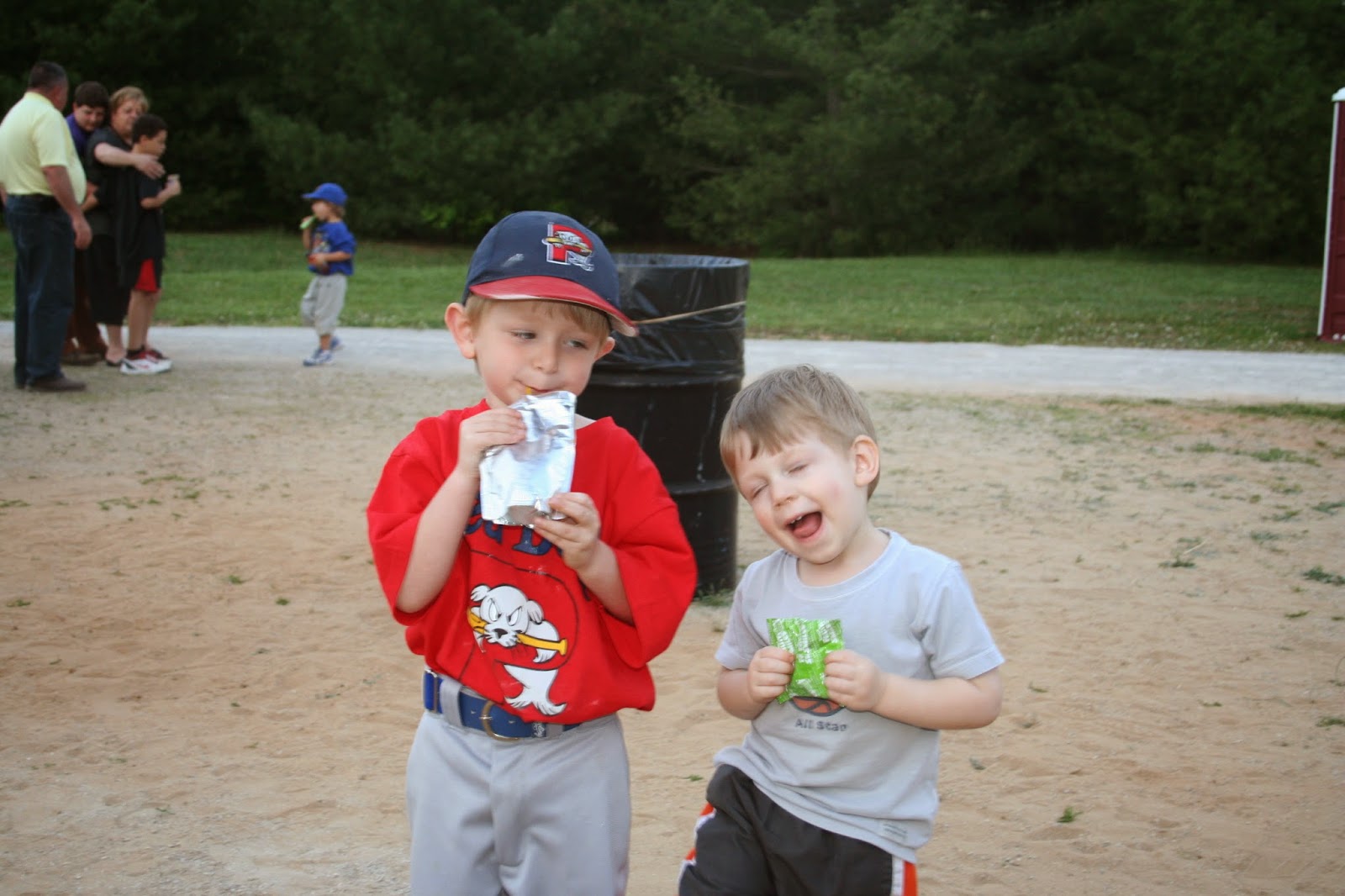 I can't wait to see what the rest of the season holds.