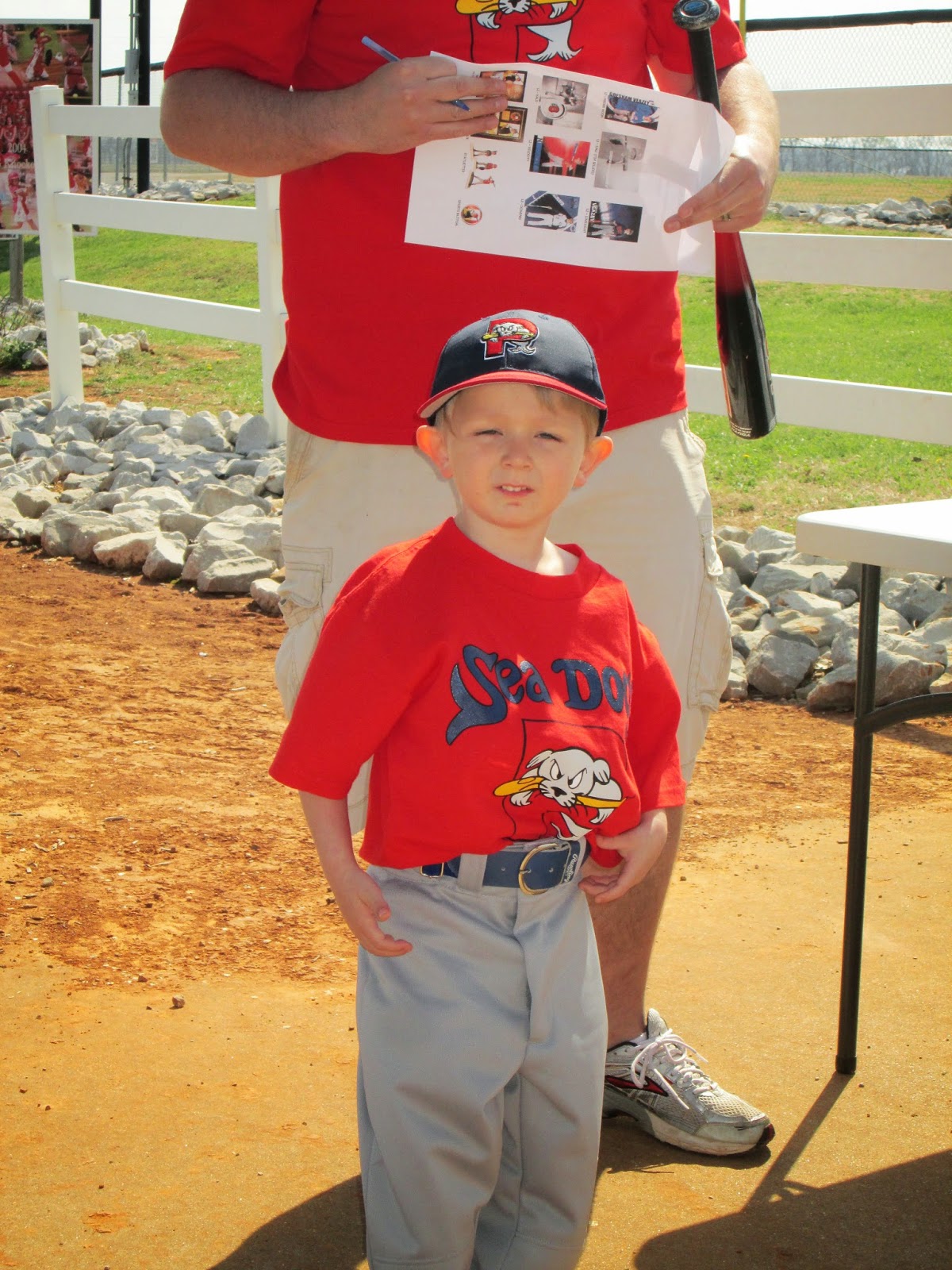 Usually I don't like to do two posts for one day's events, but Saturday was so full, and I took so many pictures that it just makes sense to separate them. 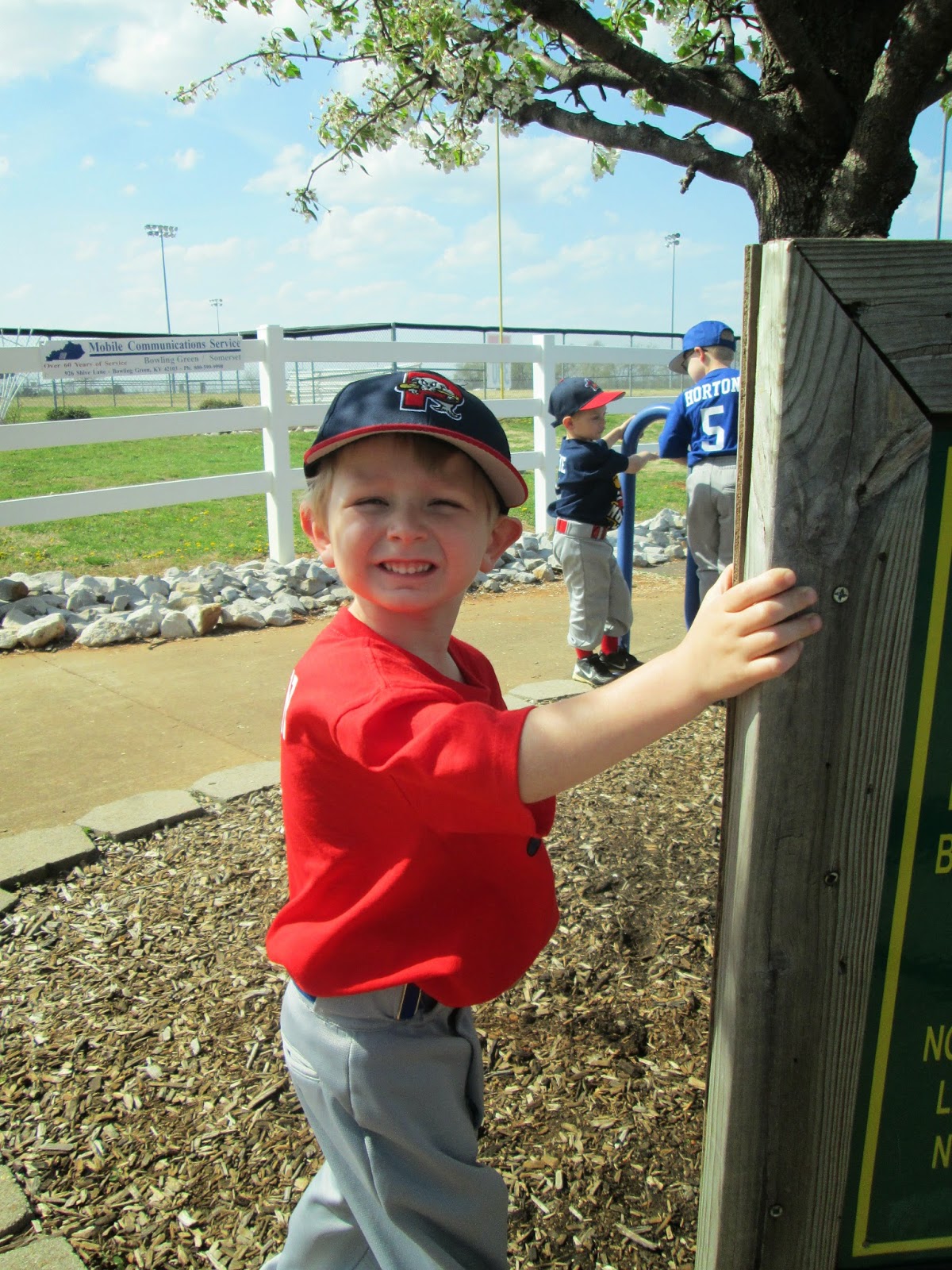 After the kids rested and I got spruced up for my banquet, we rushed to the other side of town for t-ball pictures.  Eric was already there helping, so it was nice to have the extra hands. 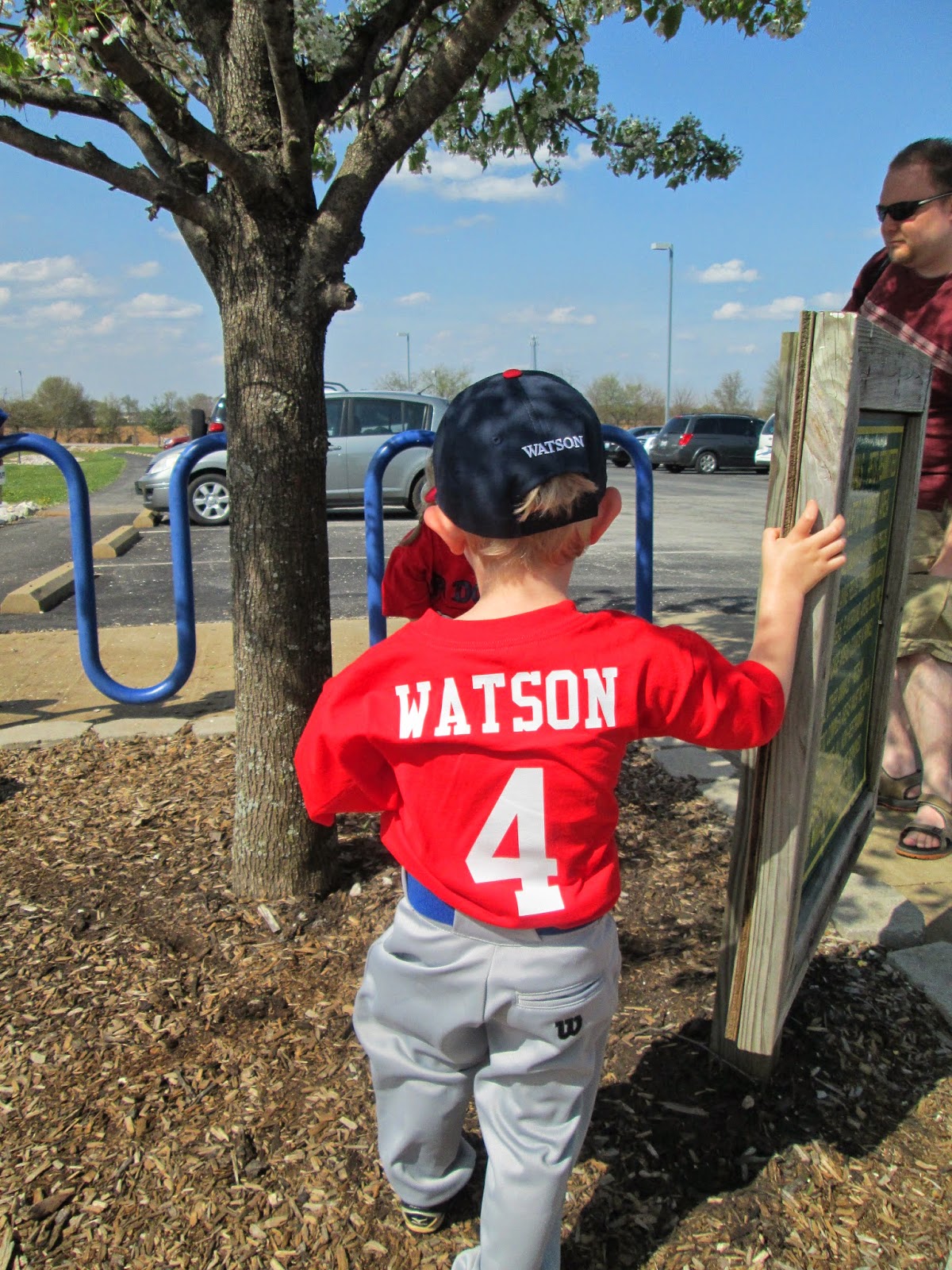 The weekend is the big kick off for the season. The older kids play a Jamboree Tournament, but the younger ones get to still come for pictures. 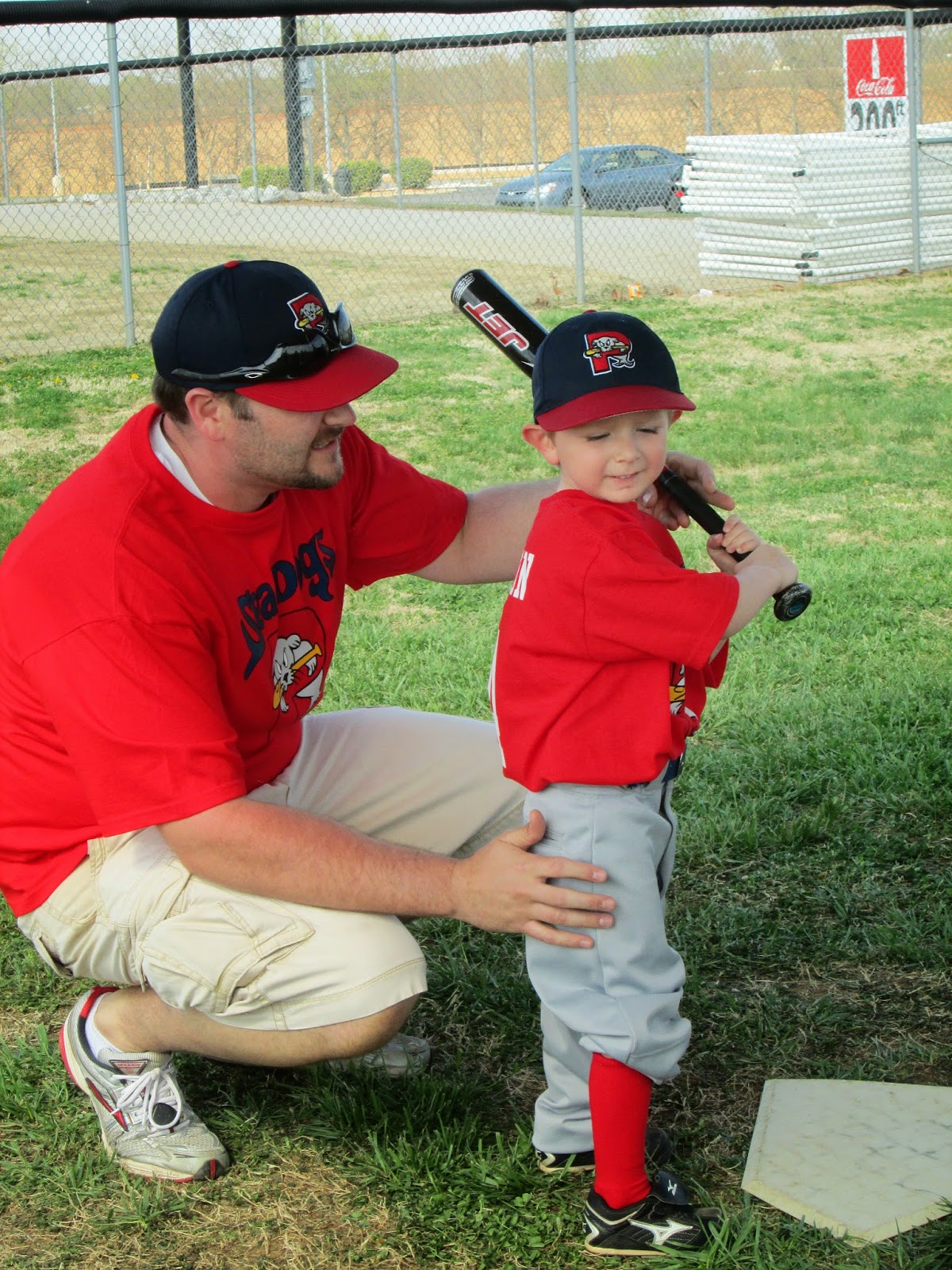 This was really the first time Eli has had the whole uniform on, and he thought he was tough stuff sporting the Sea Dogs look! 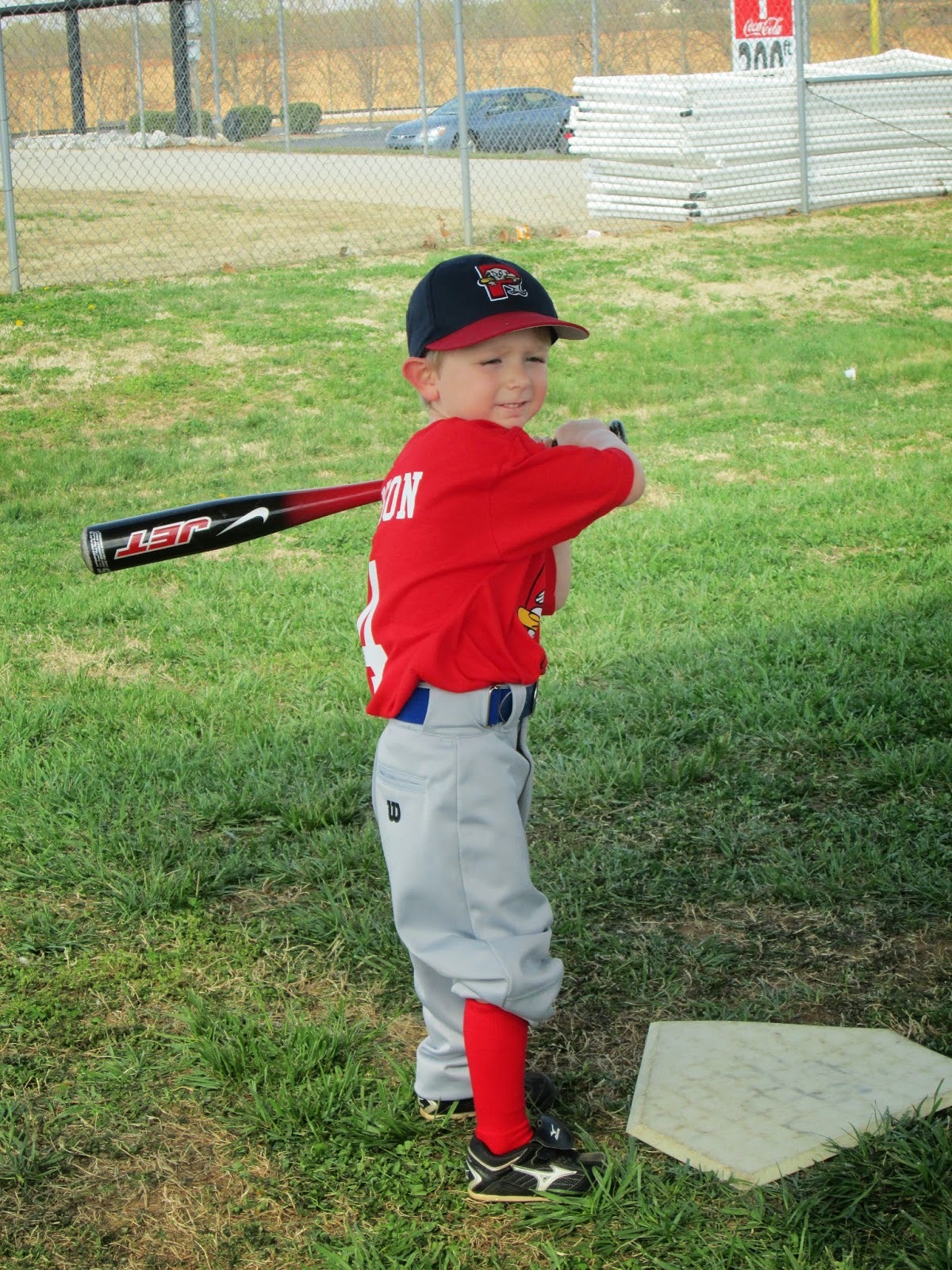 You'll have to excuse the quality of these pictures, I couldn't get a good shot.  Of course I wasn't too worried about it since we ordered some.  I'll be sure to post those as soon as they come in. 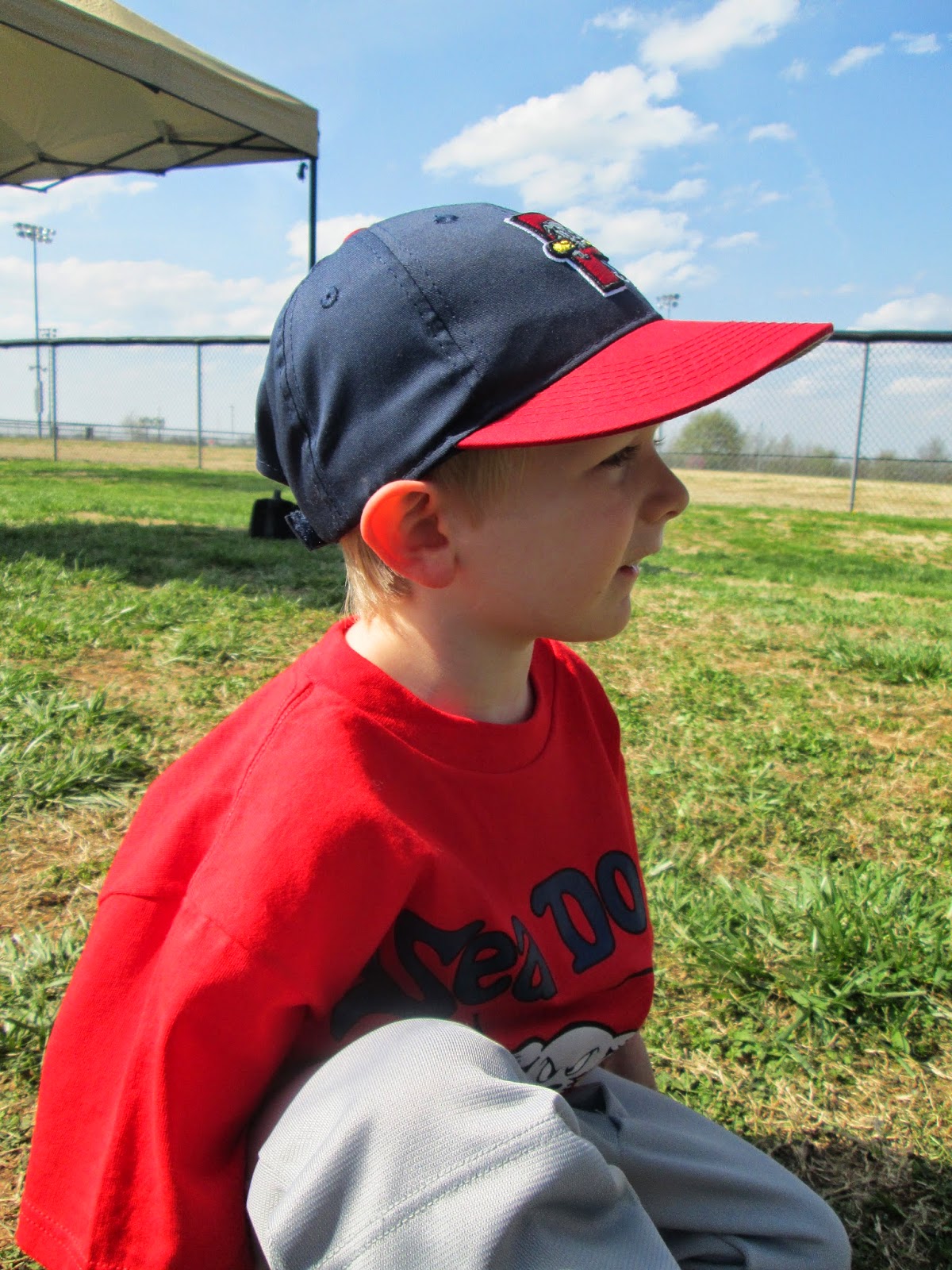 After each kid has their picture made, they all grouped together for a team shot.  They are so stinkin' cute.  I can't wait until our first game which is in less than two weeks! 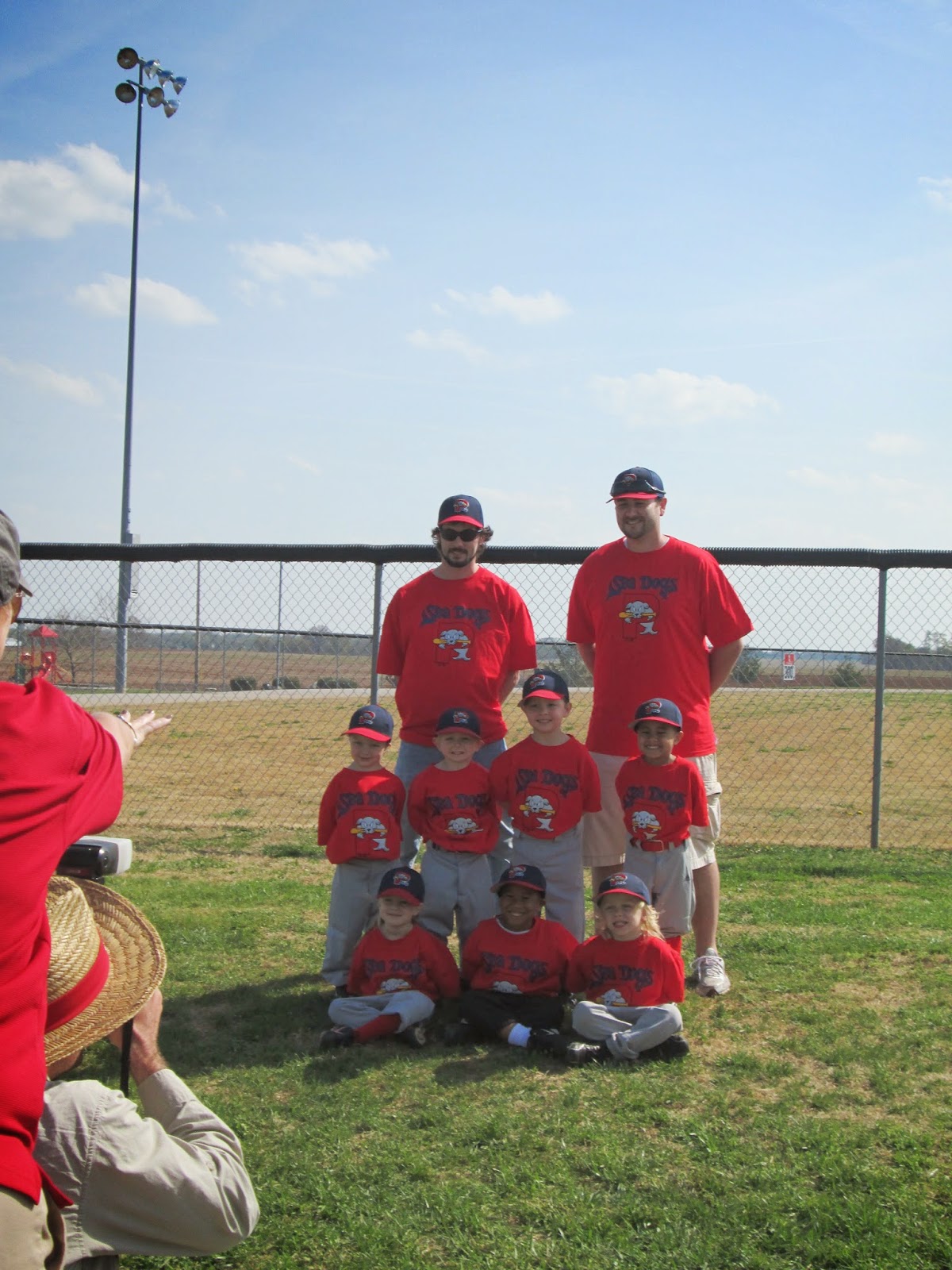 I had to leave the kids with Eric after the pictures so that I could make it to the work function.  I raced across town and dressed in the hotel bathroom.  Ha!  It sorta reminded me of my pageant days.

It was such a busy day, but I enjoyed all the activities.