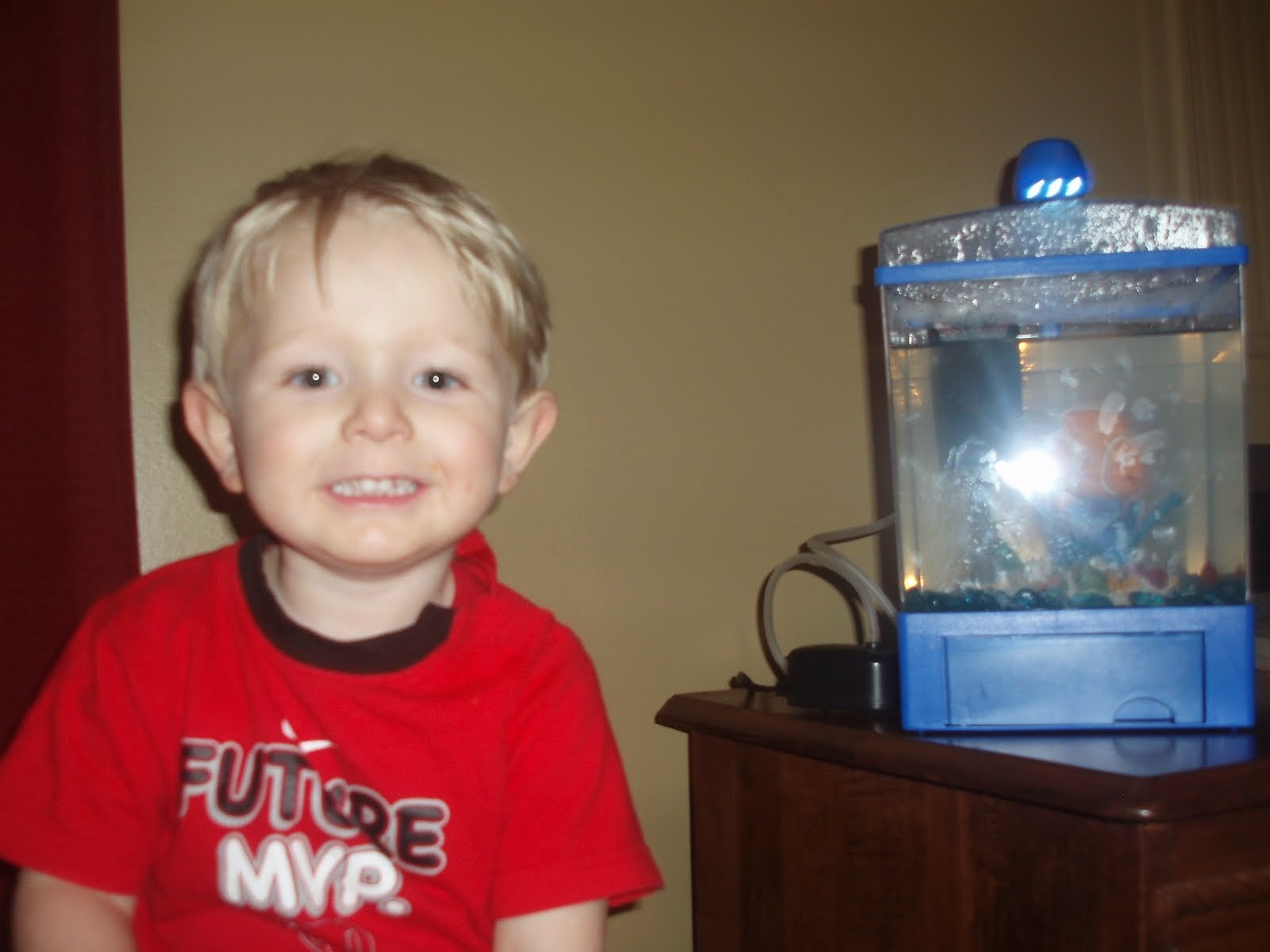 (The Night Nemo joined our family.)

Two years ago Eli asked for a fish for Valentines Day.  Of course we delivered cause, ya'll, gold fish are cheap, and we like cheap!  In true toddler fashion my boy named his fish the most original thing he could think of....Nemo.

I don't know if ya'll know this or not, but I'm married to the Fish Whisperer.  It's true.  About a month ago Eric saved our little under water friend from Fin Rot.  I kid you not, despite being the worst named disease in the world, it is a real thing and is typically fatal.  Lucky for Nemo, he belongs to the Fish Whisperer who took it upon himself to treat the water daily and even administer little fish antibiotics...ya'll I couldn't make this stuff up if I tried.

Nemo survived Fin Rot and all was well in fish land until Tuesday night.  Eric was putting Eli to bed and came running into the kitchen with the whole aquarium.  Poor Nemo was no longer "gold" he had turned white and was belly up.  Being the ever practical gal that I am, my first reaction was....FLUSH HIM!  I would like to insert that "him" could actually be a her.  I have no knowledge of fish anatomy, but I'm sure the Fish Whisperer could shed some light on the subject,

Anyway, I could tell by Eric's reaction that flushing the fish down the tiolet was not an option.  In fact, he informed me that if I looked very closely, I would see that his gills were barely moving and that he should try to save Nemo.

He then proceeded to drain the water, clean the filter and disinfect the tank.  He even scrubbed the decorative rocks with soap and water by hand to make sure no bacteria lingered.  Skeptical of the outcome, I went to bed while Eric stayed up to keep a watchful eye on the fish.

Low and behold, when I woke up yesterday morning Nemo was as gold as gold could be and swimming all around his little tank.

What's the moral of this story, you ask? THINK BEFORE YOU FLUSH!