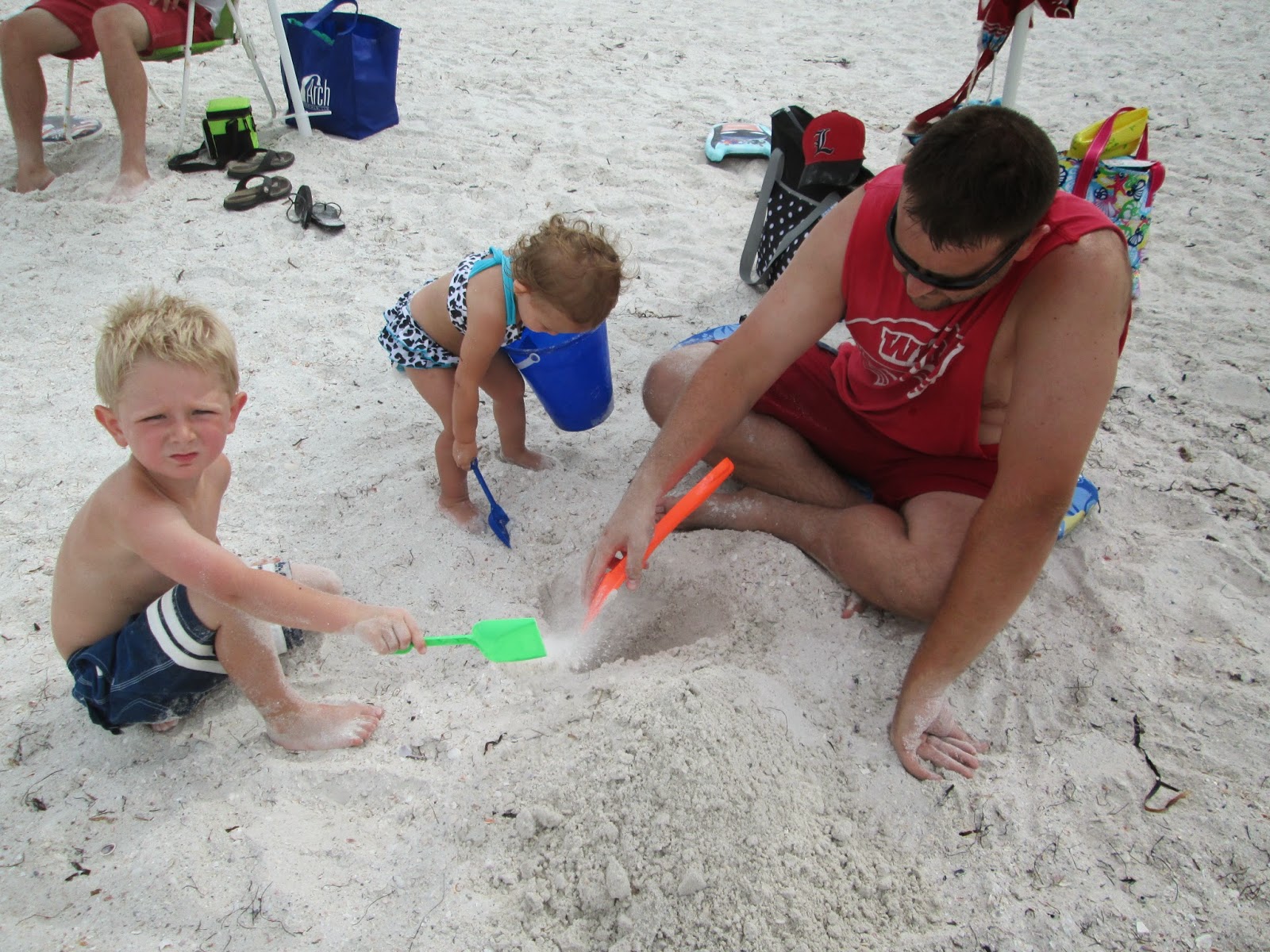 It was a bit cloudy this morning, but that didn't stop us from hitting the beach.  As I mentioned yesterday, the tide comes in early in morning, so the water is quite rough when we first make it out. 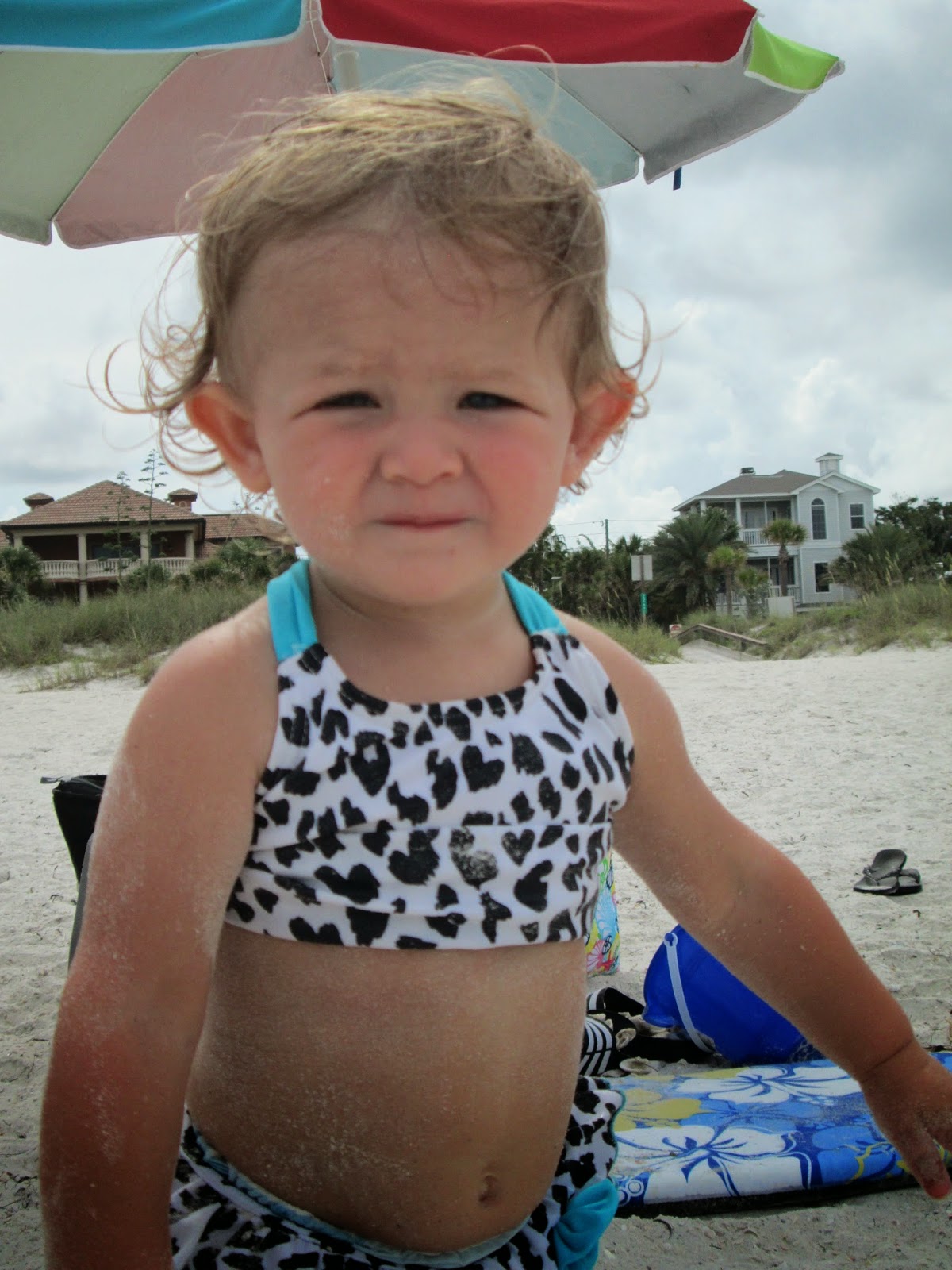 I'll spare you the blow by blow of each day, because DUH, that's just boring.  There are only so many things that you can do at the beach - swim, build sandcastle, throw sand, dig holes, burry your feet.  Yep, that sums it up. 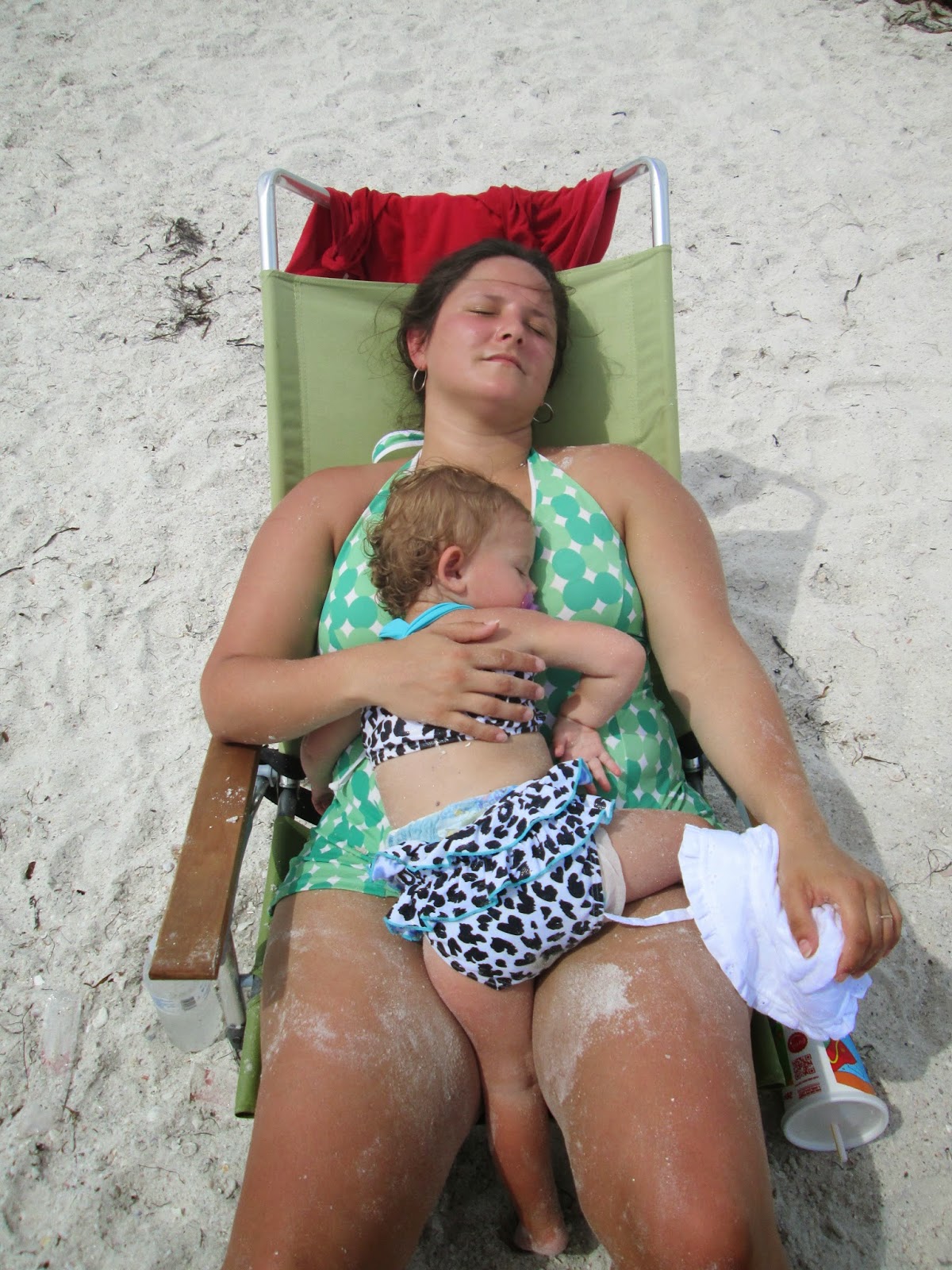 Ellie was a little champ and napped every day, so that was nice.  See..short and sweet! 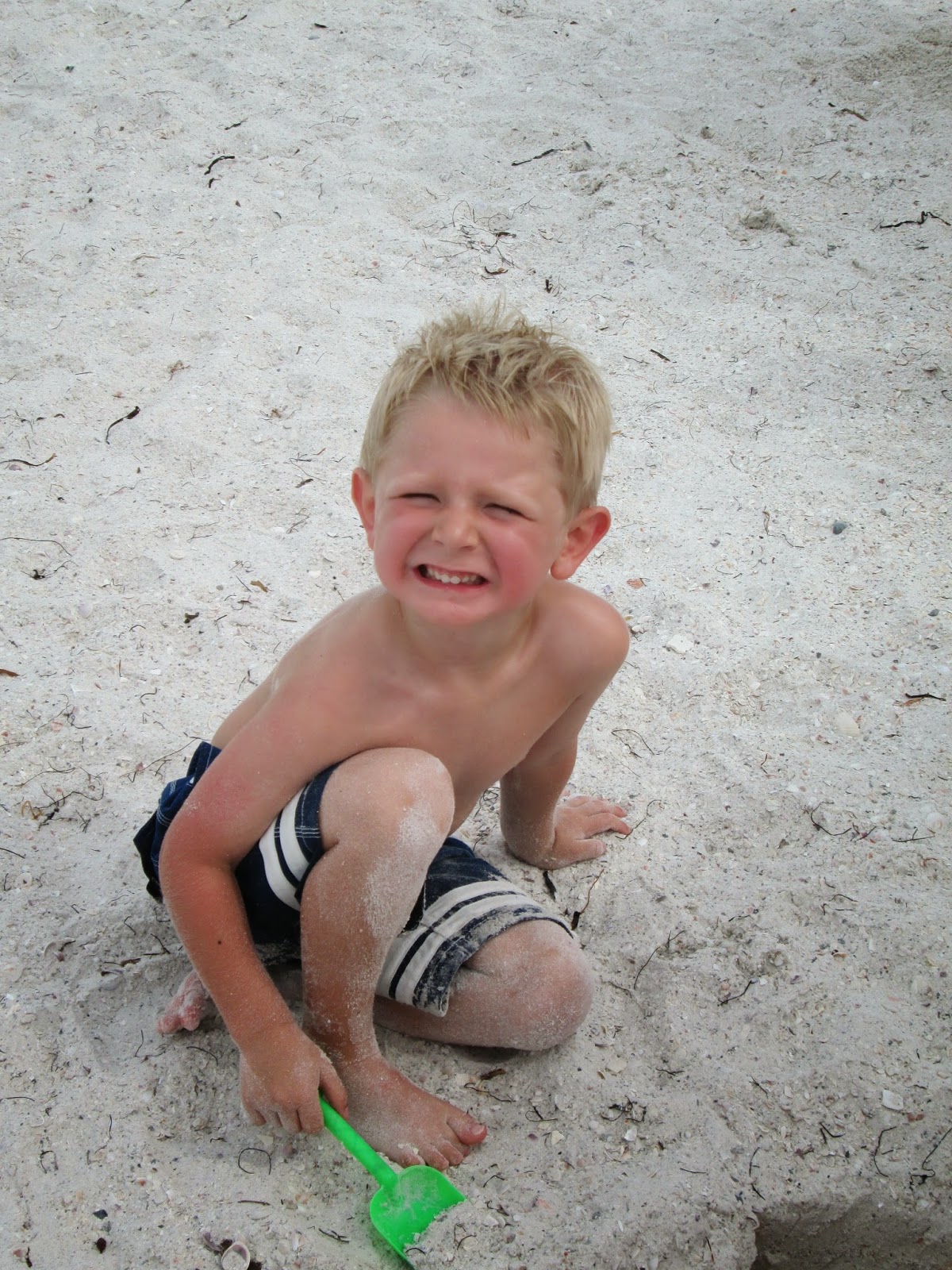 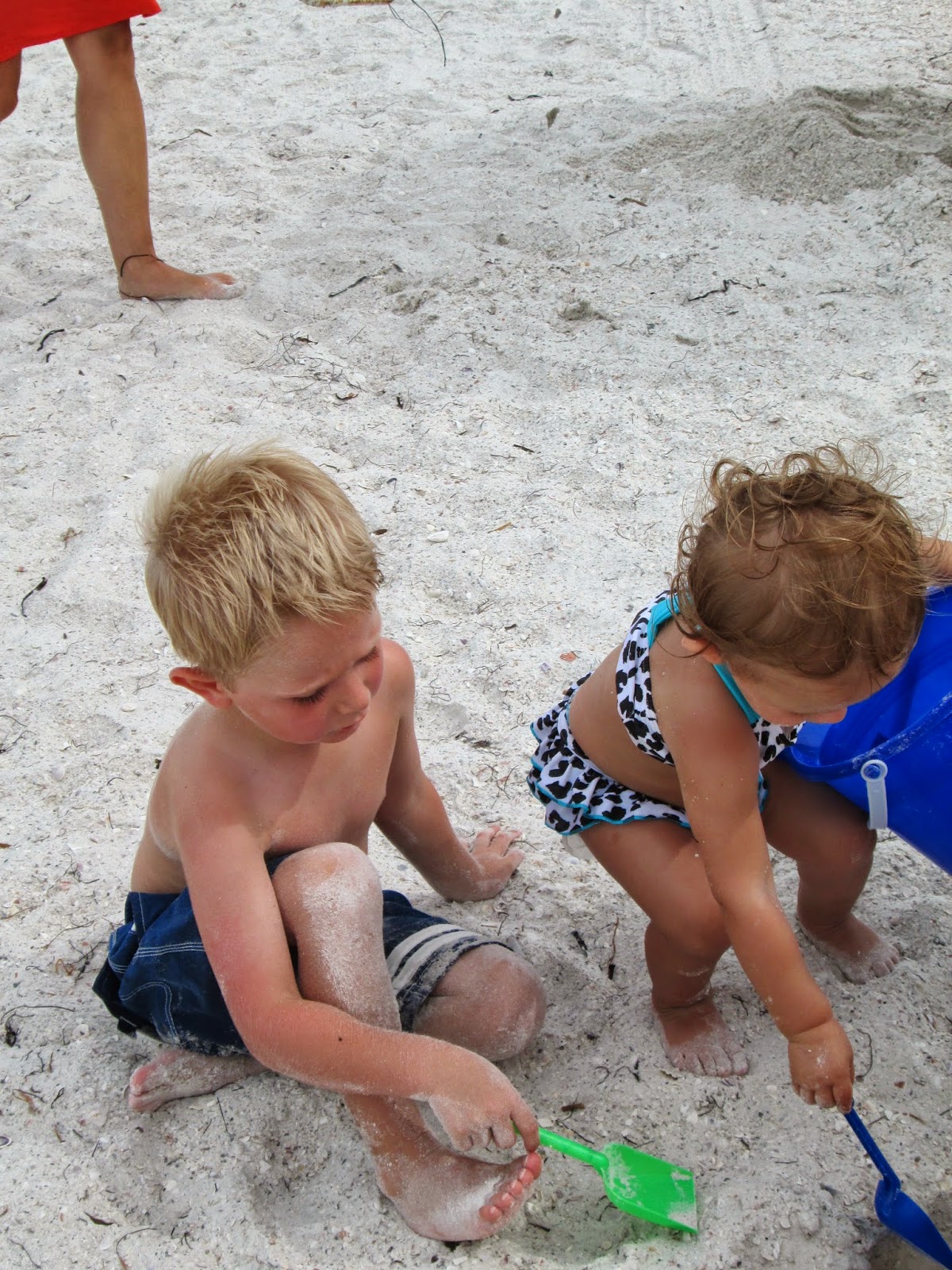 Clay and Mandi fixed us dinner in the condo and then we headed out to play put-put.  Ya'll this is an old school course that probably hasn't been updated since the 1960s, and it's perfect for us because it's not crowded which means we're not embarrassed every thirty seconds when someone has a melt down. 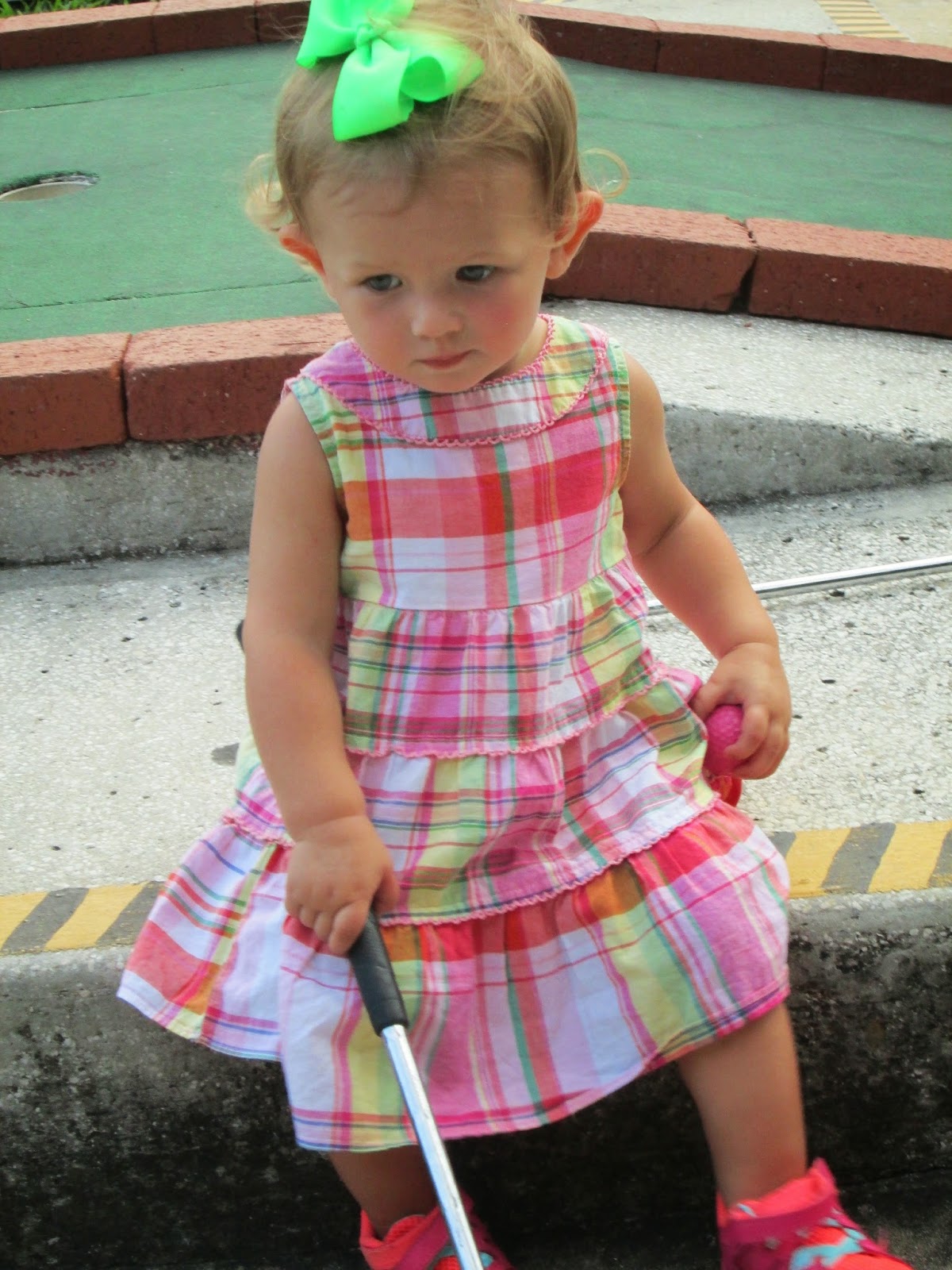 That someone being this little stinker pictured above! It was hot, it was bedtime, and she wasn't having any of it.  I think everyone had a good time, but I'm not 100% positive because I was too busy chasing Ellie, her golf ball, or the club she had just thrown…good times, ya'll! 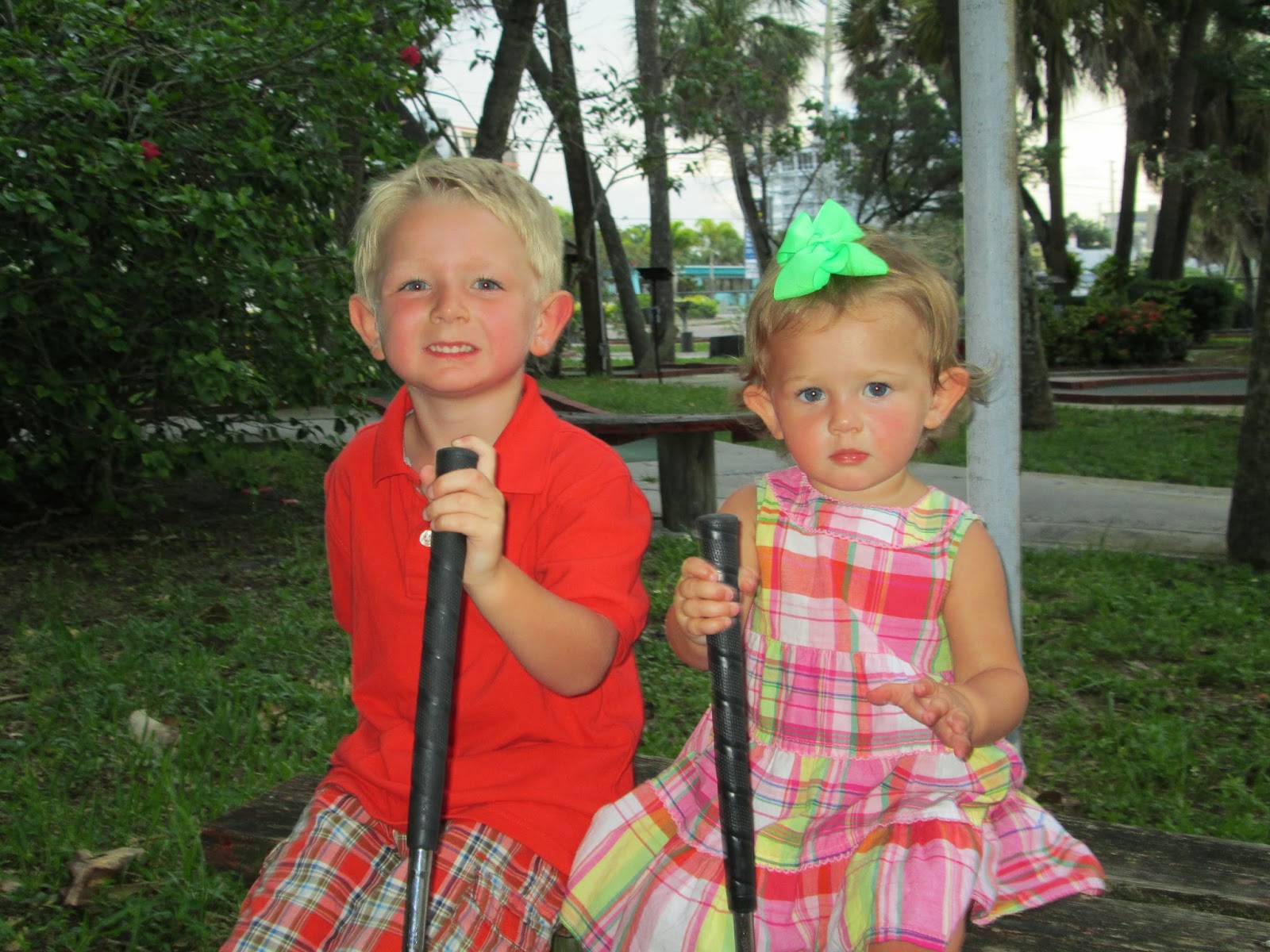 Eli, on the other hand, took it very seriously like it was the Junior PGA or something.  Ha!  Bless his little blonde heart.  He has such a competitive spirit. 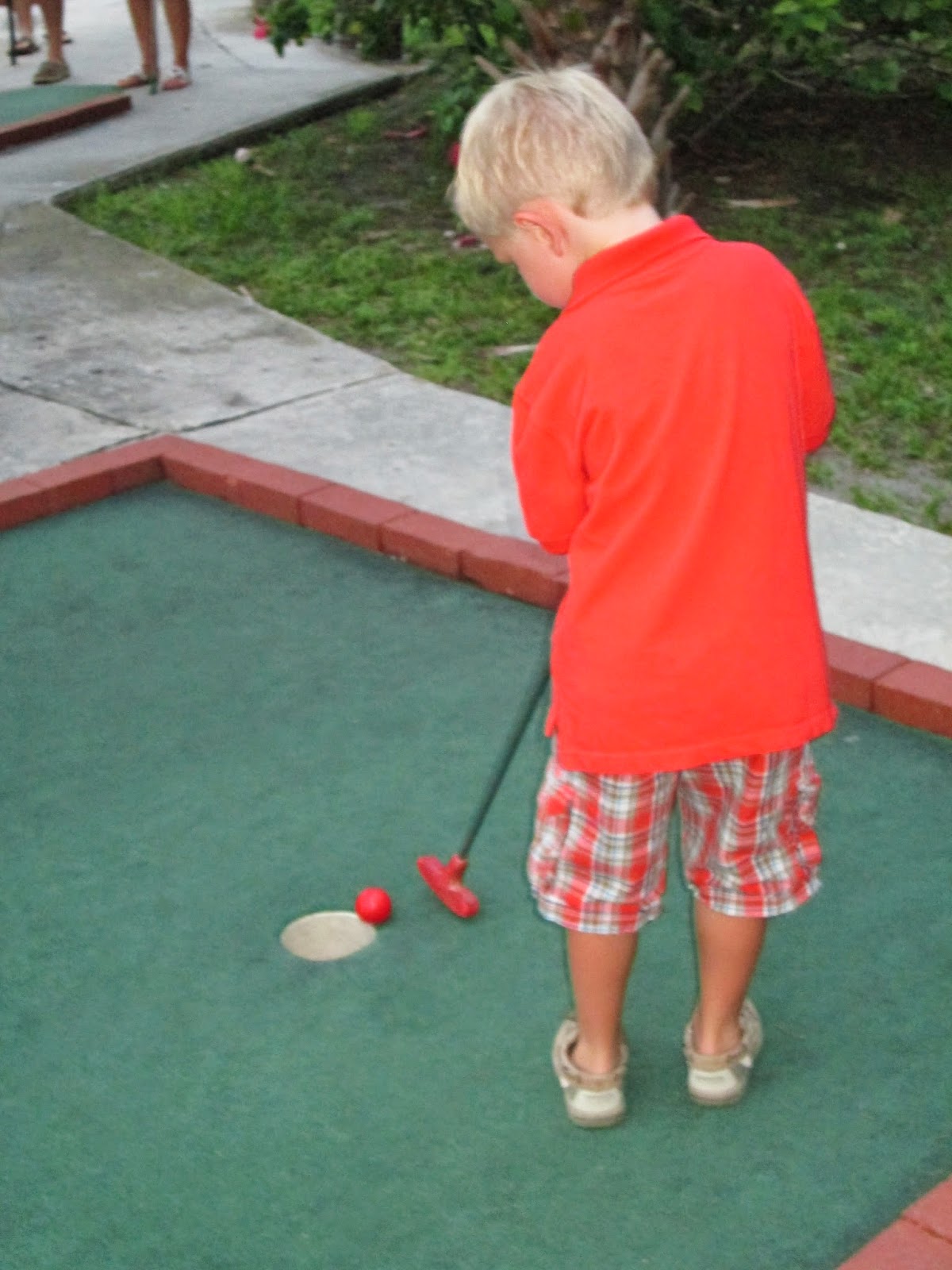 After eighteen holes of pure chaos- I mean family fun - we decided to attempt getting ice cream on the beach.  Naturally, both kids were little angels and even let us take a family photo. It's not a framer, but no one is having a meltdown.  I don't know about you, but that sounds like a success to me! 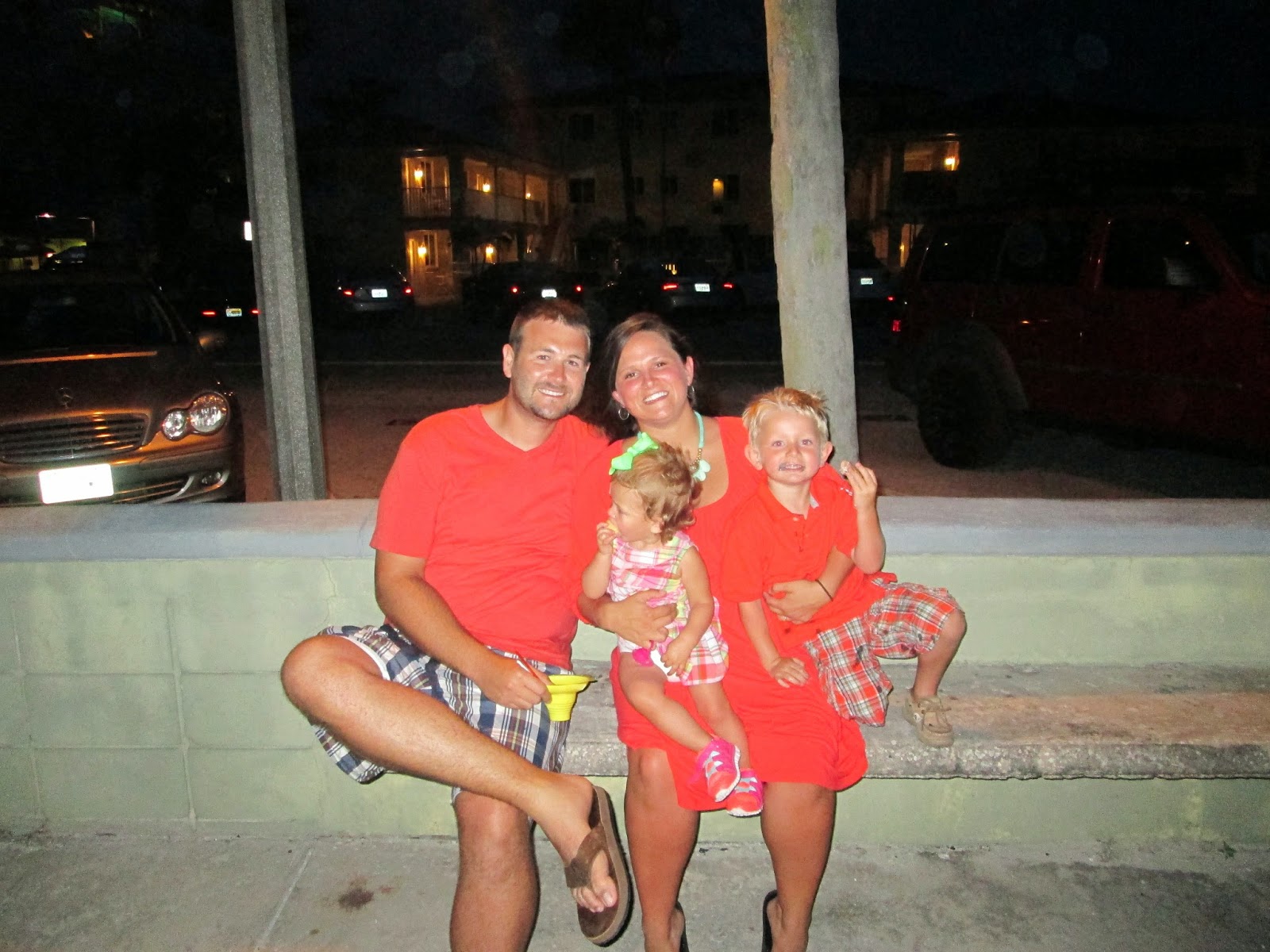