I've been MIA on the blog again, but this time I have a good excuse...we've been getting ready for vacation!!  We're going back to Pass-a-Grille Beach just outside of Tampa.  Clay and Mandi are traveling with us, so we can't wait to spend some time with them.

Anyway, I hope you'll bare with me for the next days as I document this little journey of ours.   As always, I count travel days as part of the trip because when you have two little people, any day that is out of routine can seem like a vacation. 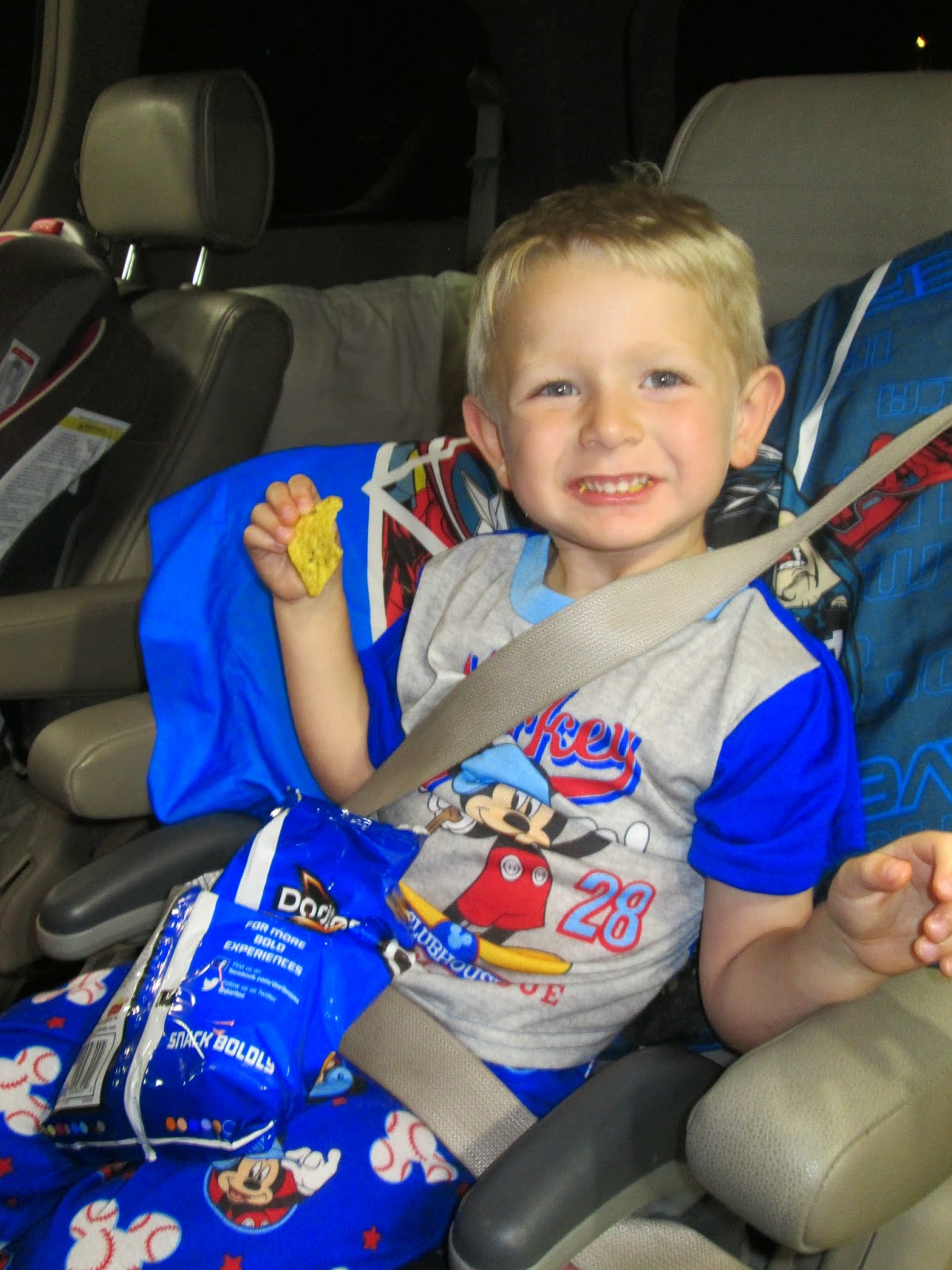 We decided to drive though the night since it's a twelve hour trip, so Eric took a half day off of work and went home to rest.  Since the kids had been at my in-law's house early in the week, I had banked some hours at work so that I could head out early as well.

After paying some bills and running by the bank, I went home to finish packing and to get the kids.  When Mandi and Clay got to the house they helped load the car and bathe the kids while I took a quick shower.  Then it was a trip through McDonald's drive-thru, and we were on the road. 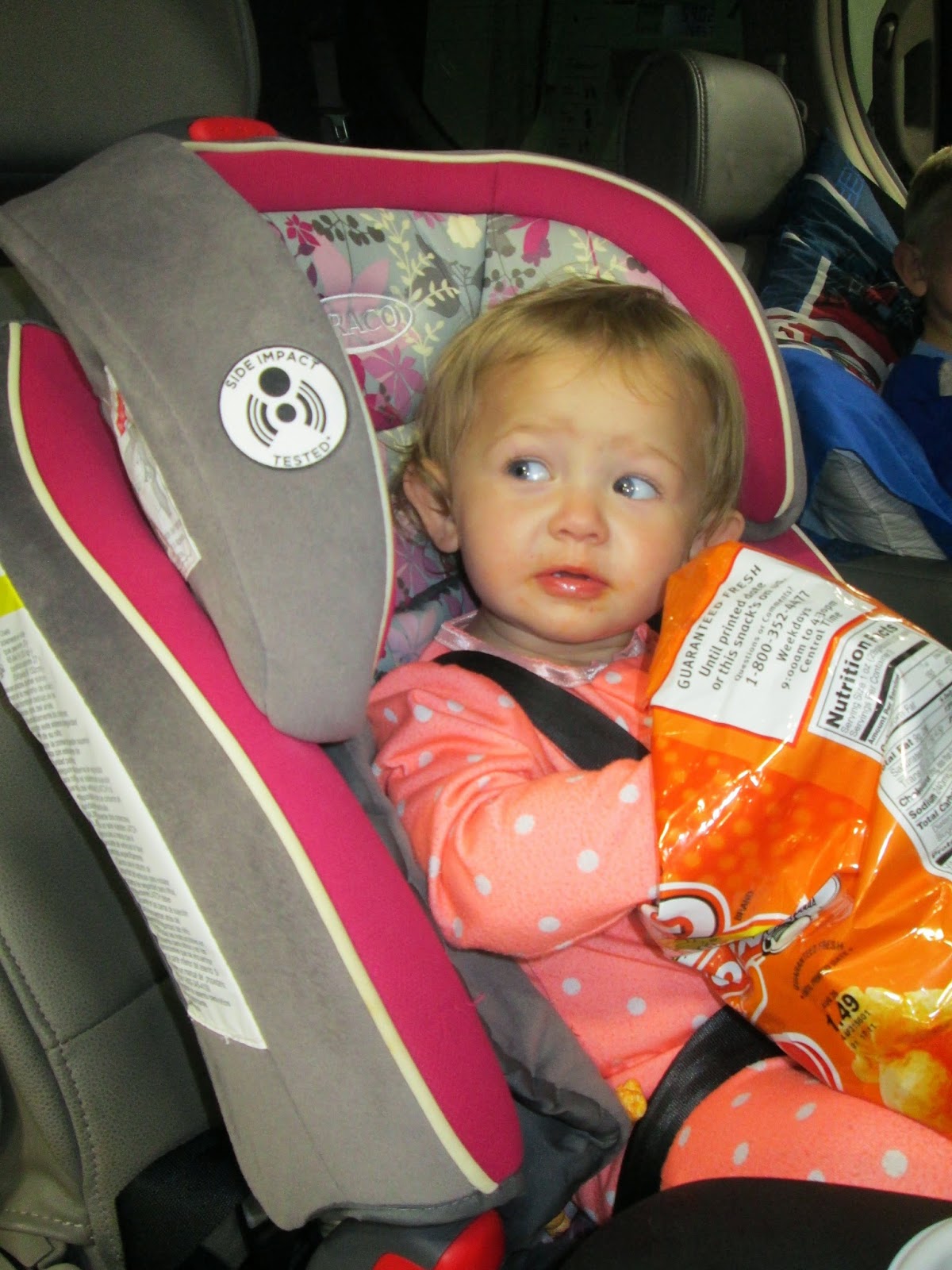 Eli and Ellie were champs and fell right to sleep, which was a huge blessing because I had only slept three hours the night before.  As luck would have it, I drifted off just as we were going through Atlanta.  All of ten minutes later the kids were bright-eyed and bushy-tailed thanks to the lights waking them up.

They ended up staying awake for a while and chilling out to the movie "Frozen" while eating snacks from the gas station.  Eli finally fell asleep again around 3:00 am, but it was closer to 4:00 for Ellie.  Ugh!  She was NOT on her best behavior and neither was I! 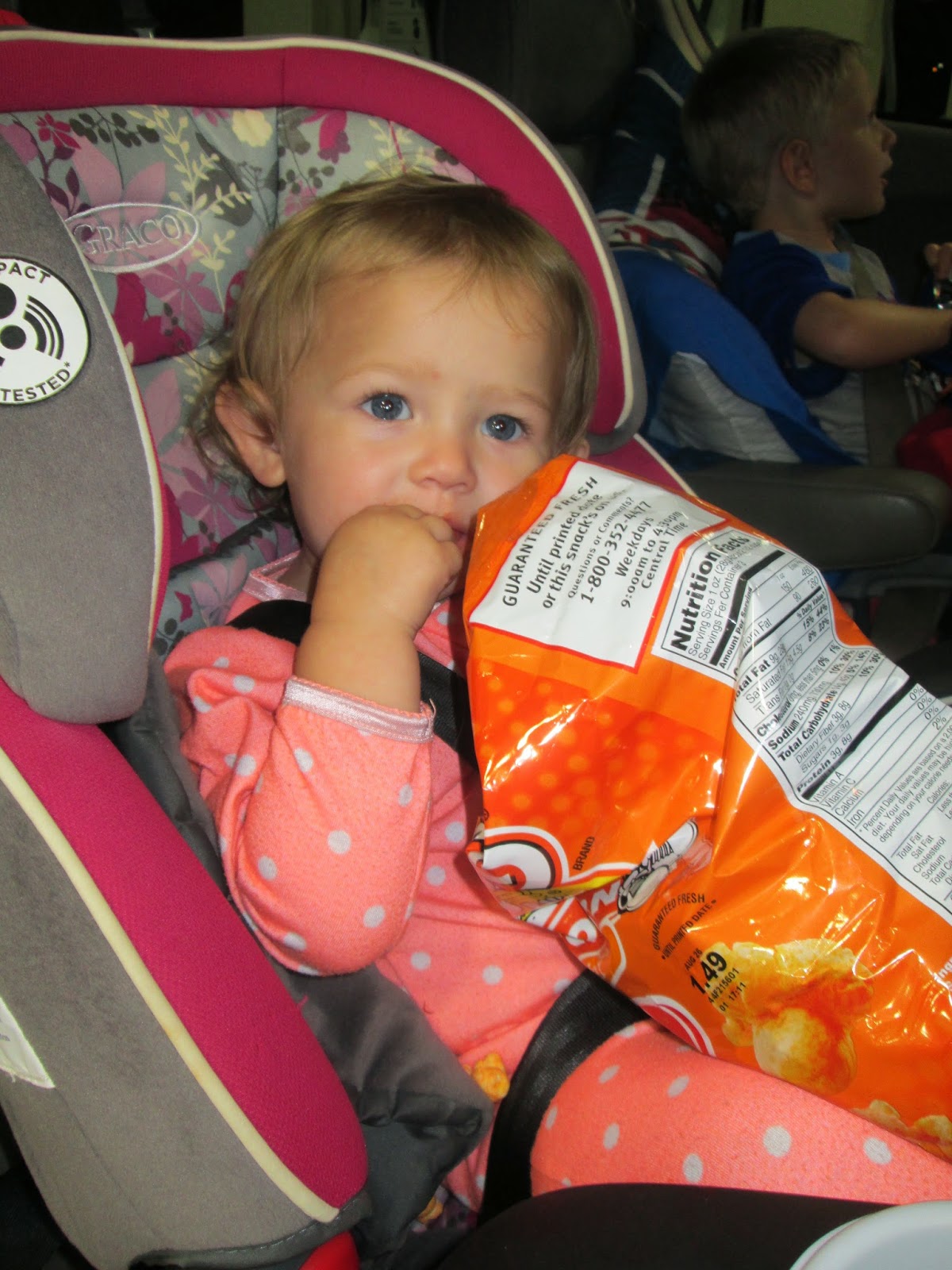 Mandi stepped in to help while I snoozed for a couple of hours.  Then I got up to keep Eric company while she and Clay napped.  At some point we stopped at Duncan Donuts for coffee, and we had to laugh because it was so hot that it melted the ink off the cup and burned Clay's hand.  Ha!

Around 6:30 we were all up, and now we are ready to roll in to town for our first day on the beach!!