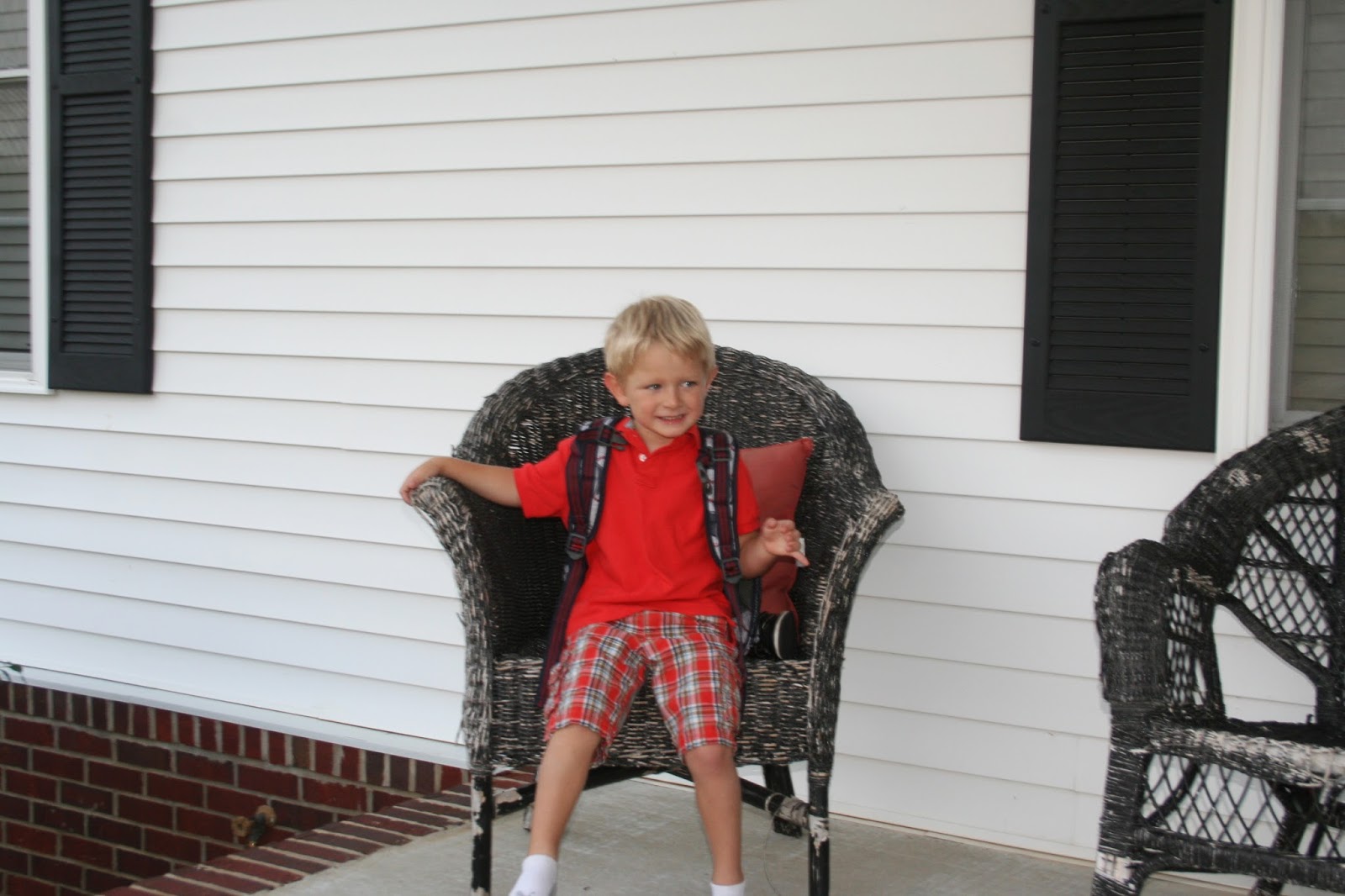 Eli started school today, and it was yet another reminder that time flies. It was a very big decision to start him.  He is young, not even five, yet so ready to spread his wings. 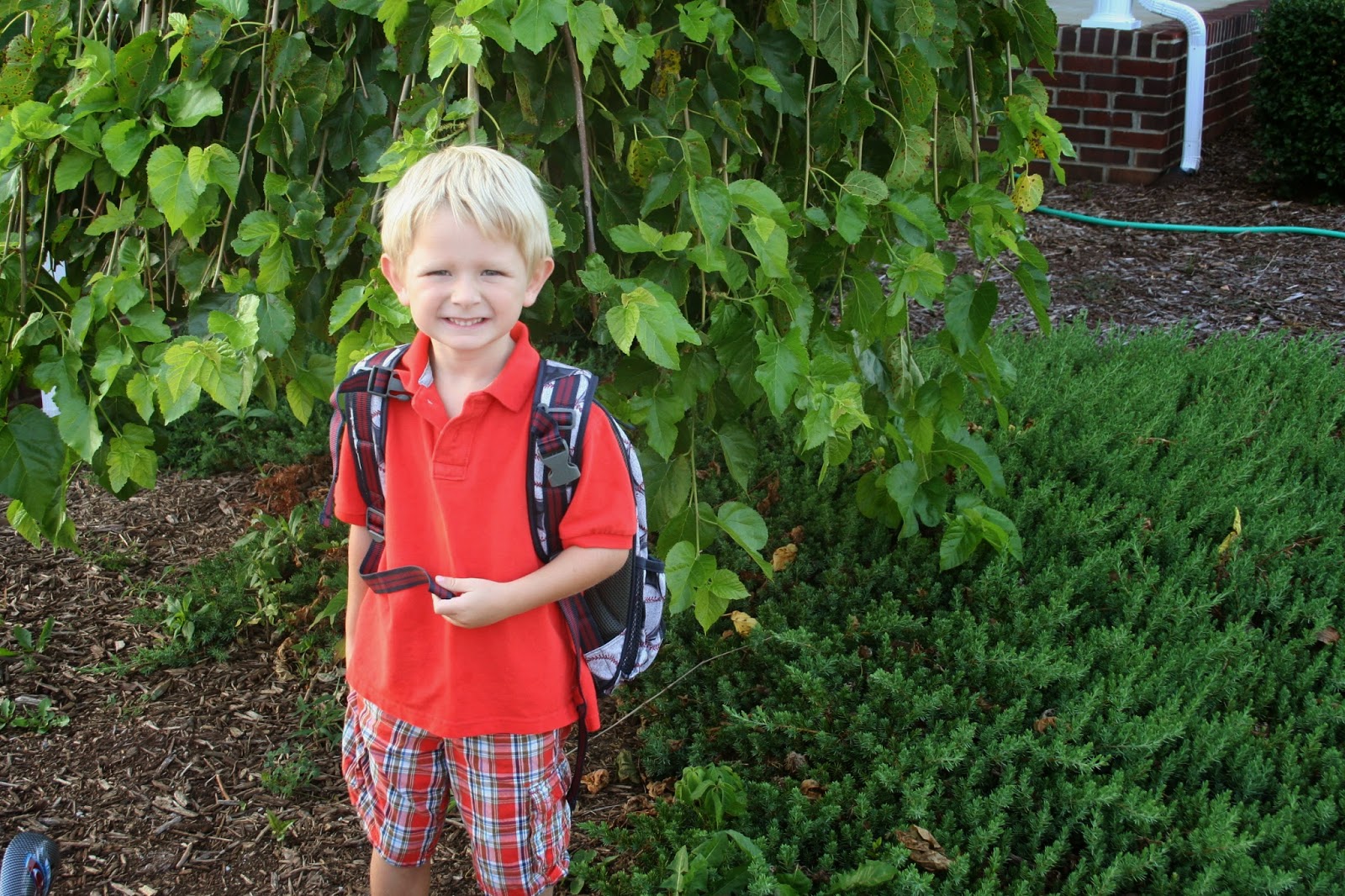 We prayed, researched, prayed, talked to his daycare teachers, and then prayed some more.  Finally, we  decided that he IS ready for this.  The problem is that everyone has an opinion on the issue, and the most common one is that he should be held back. 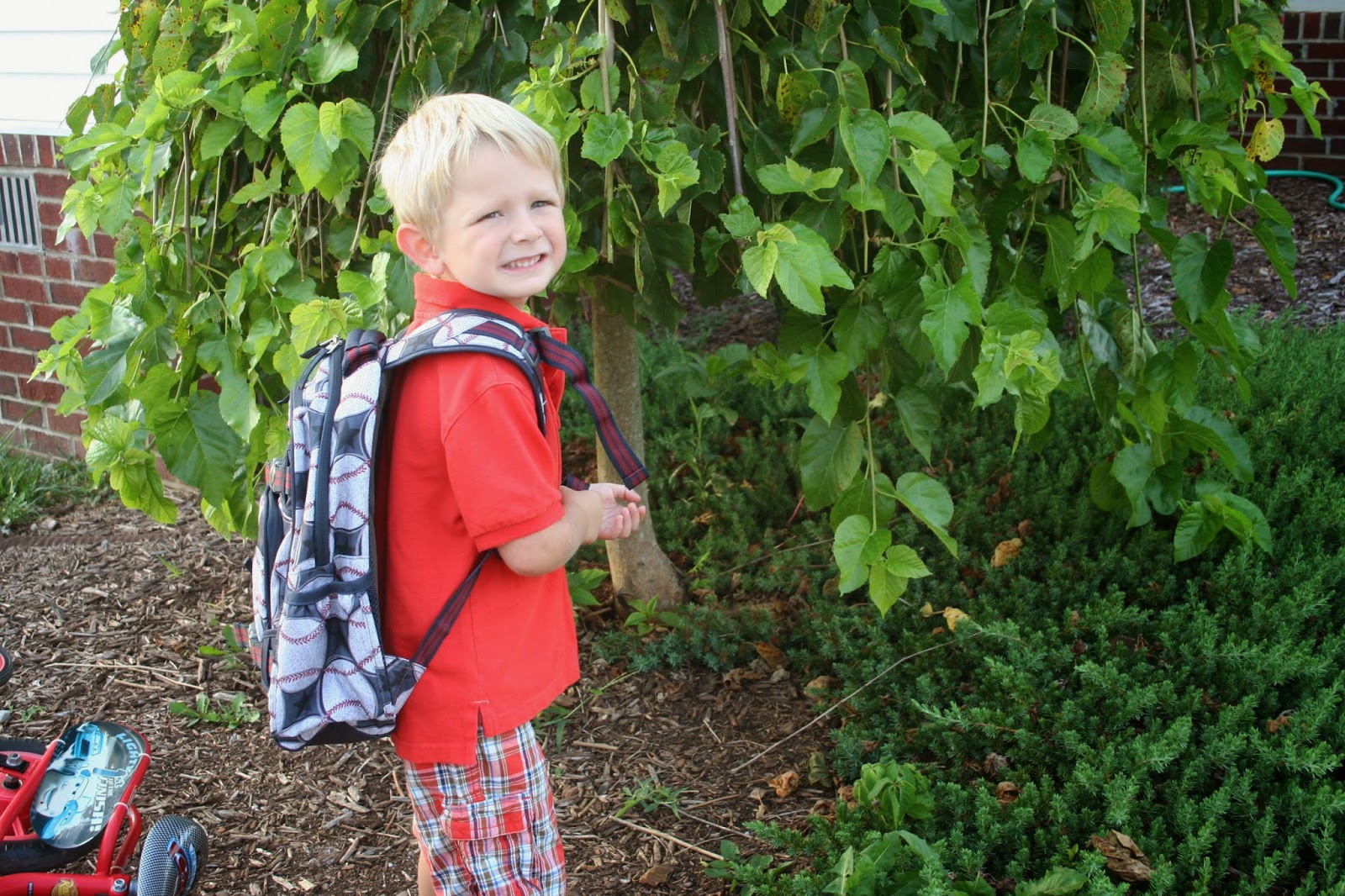 And I agree, that in general terms, yes, young children, boys especially, should be held back.  I also believe that every child is different, and they don't all fit the same mold. 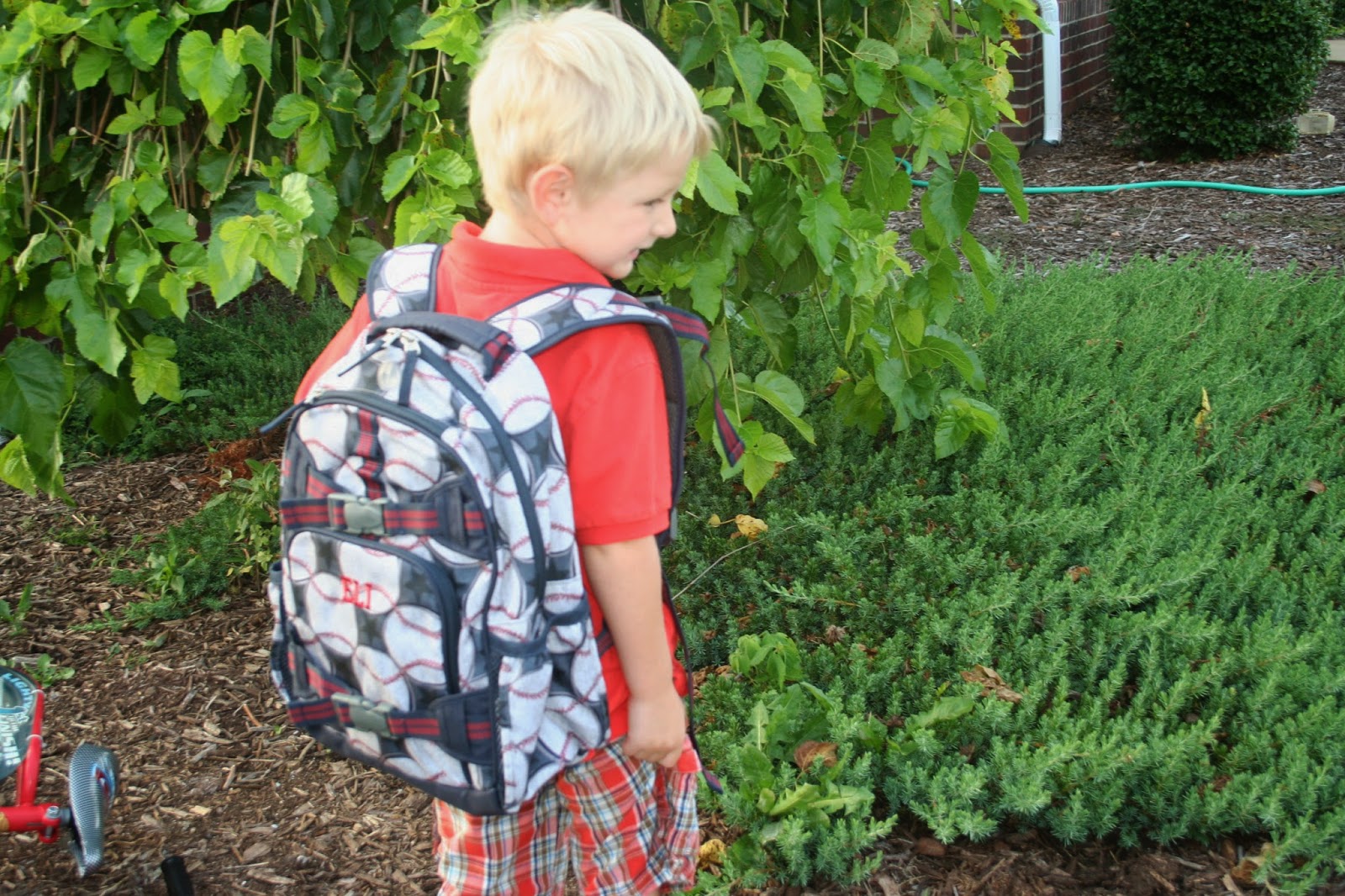 So with some opposition to our decision, we started this little, blonde, four-year-old in school.  I know beyond a shadow of a doubt that we have made the right decision for our family. 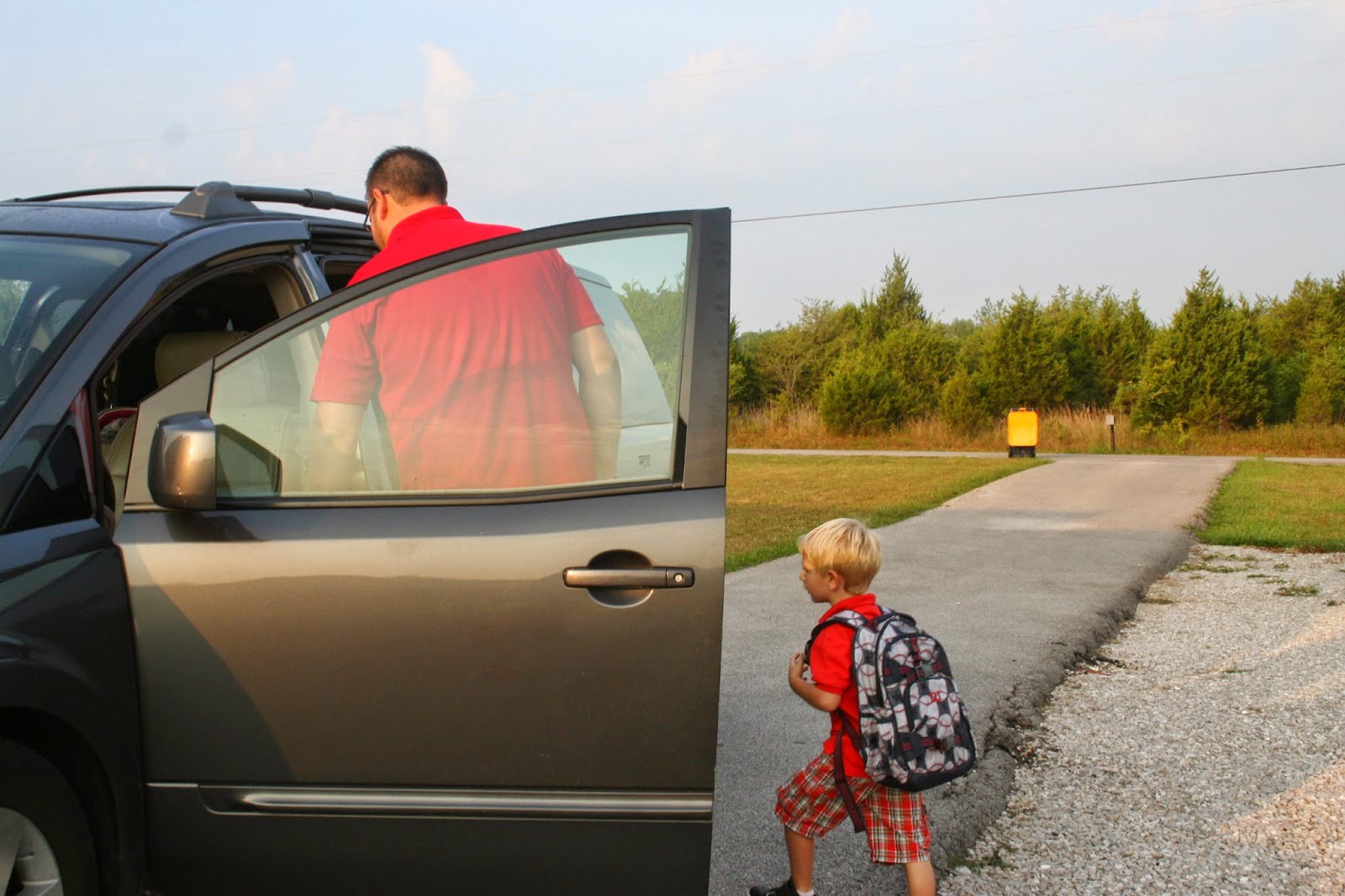 All of that to say that bright and early this morning we loaded up the minivan, and headed for school.  First we dropped Ellie off at daycare which was the hardest part of the whole day because I had to sign her in without adding Eli to the sheet.  Ha! 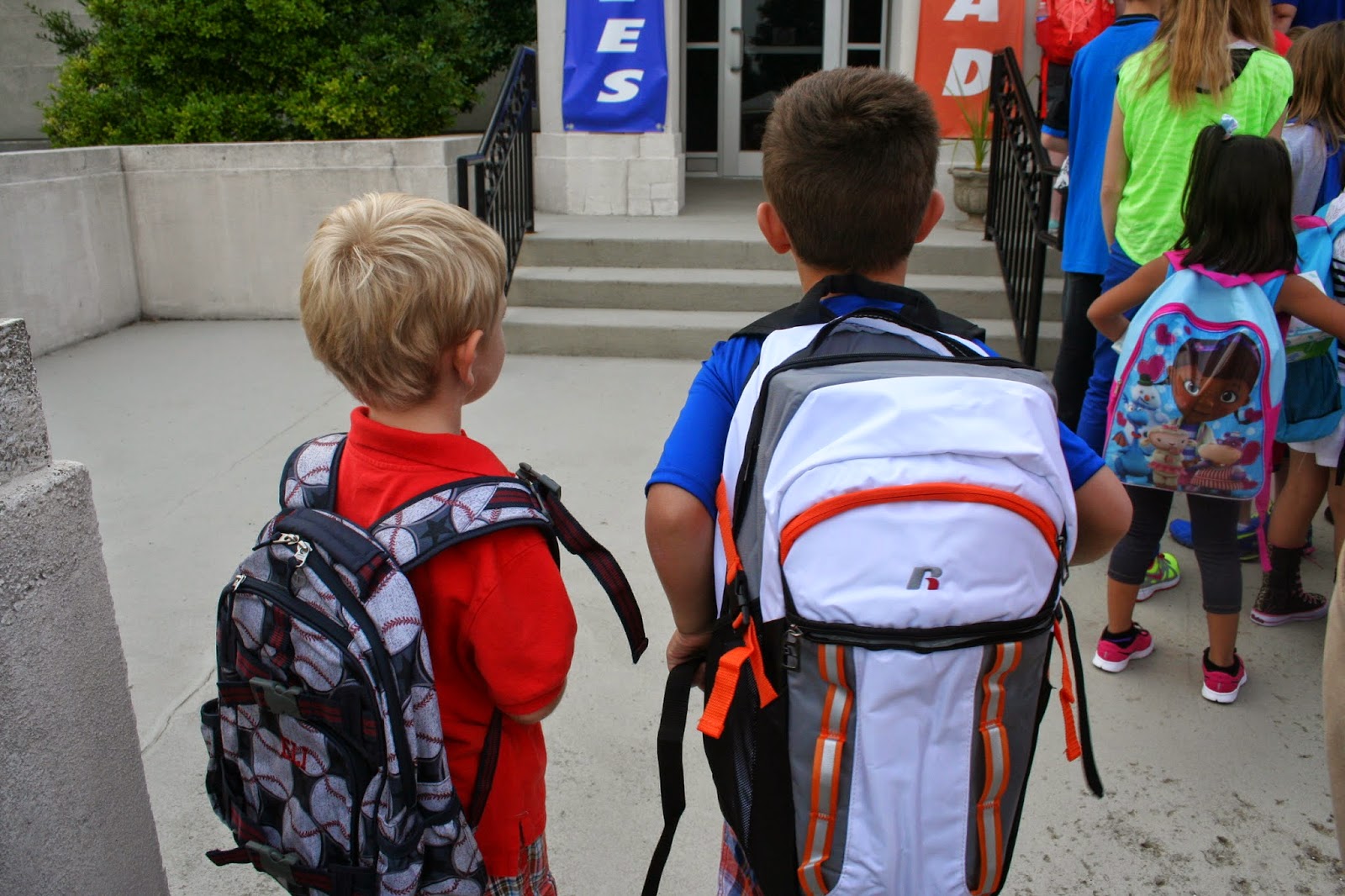 We were early, and they were't letting people in, so we had to wait.  Luckily a friend from t-bak showed up and helped ease Eli's nerves. 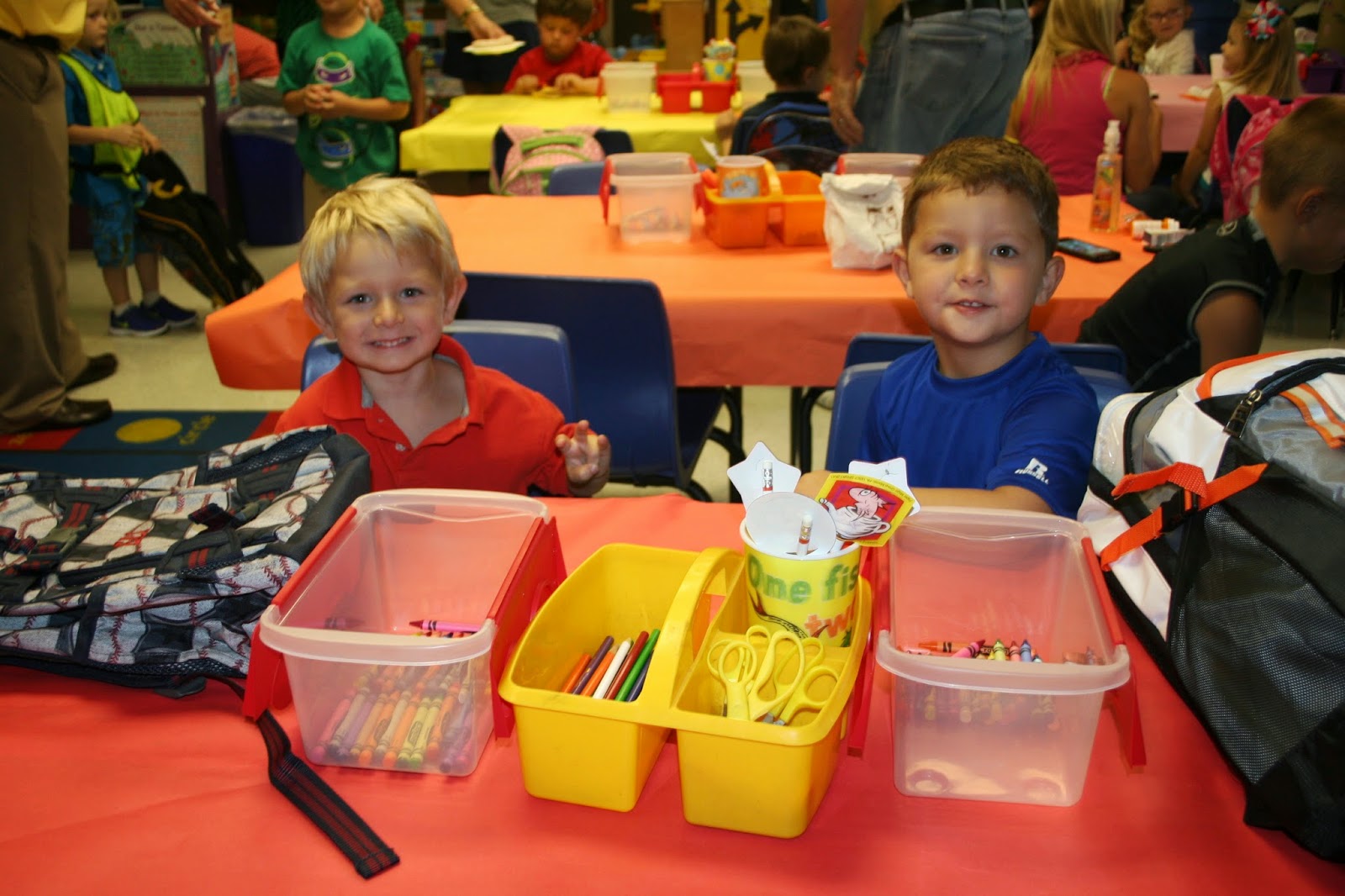 The two little Sea Dogs talked right in to their class, hugged us goodbye and started eating doughnuts which were a treat from their teacher.  I'm so glad there were no tears.  Even though I wanted to stay just a little longer, I left because I knew that he was doing exactly what he was supposed to do.  It's hard, but it's what you want for them. 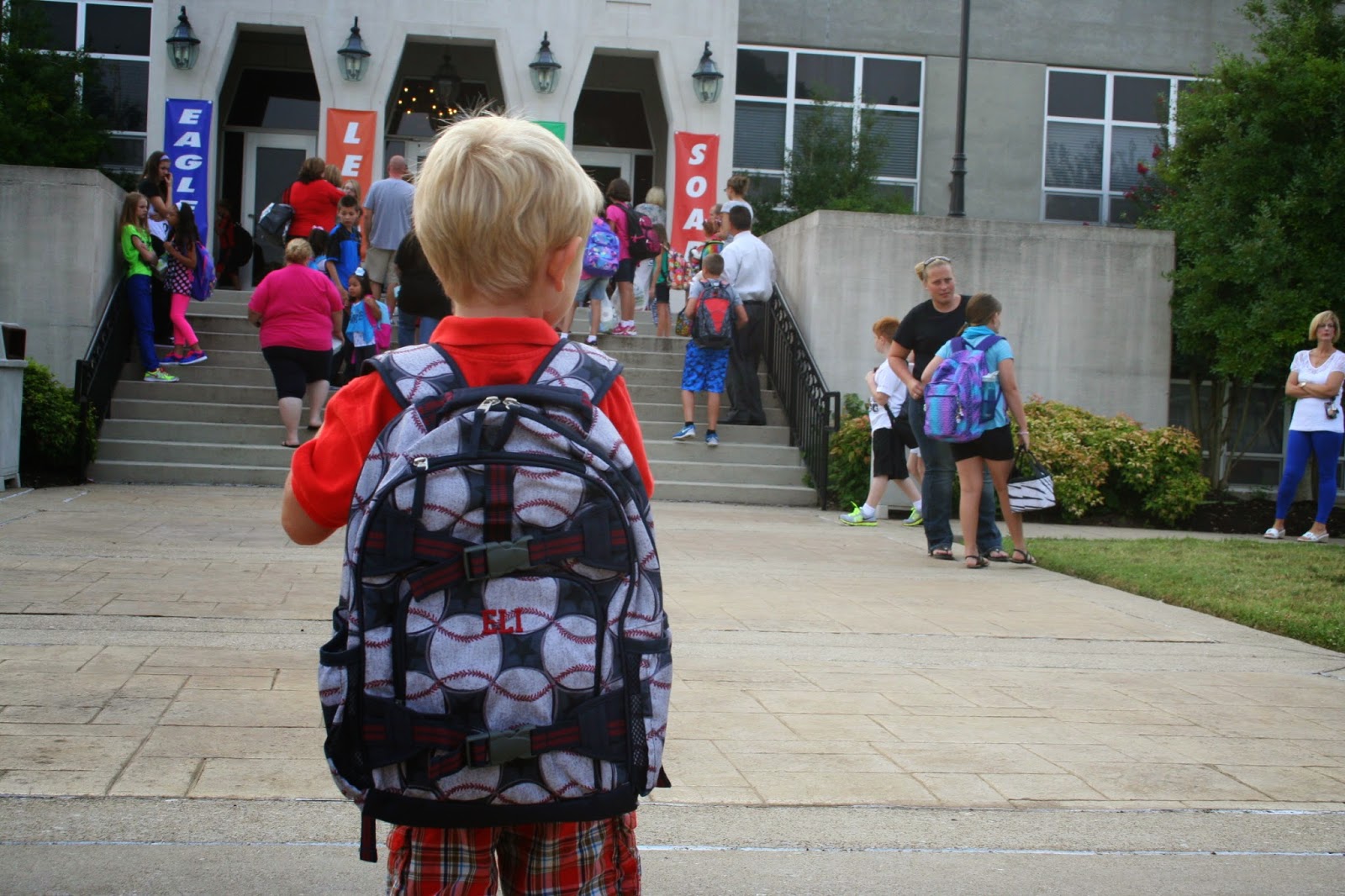 I adore this picture because he looks so small, like he's taking it all in.  I think it was a very accurate depiction of the day. I was so busy with work that I didn't have too much time to process it all, again, that's a good thing.  When I finally picked him up from school he announced that "it was the best day ever," and that was music to my ears! 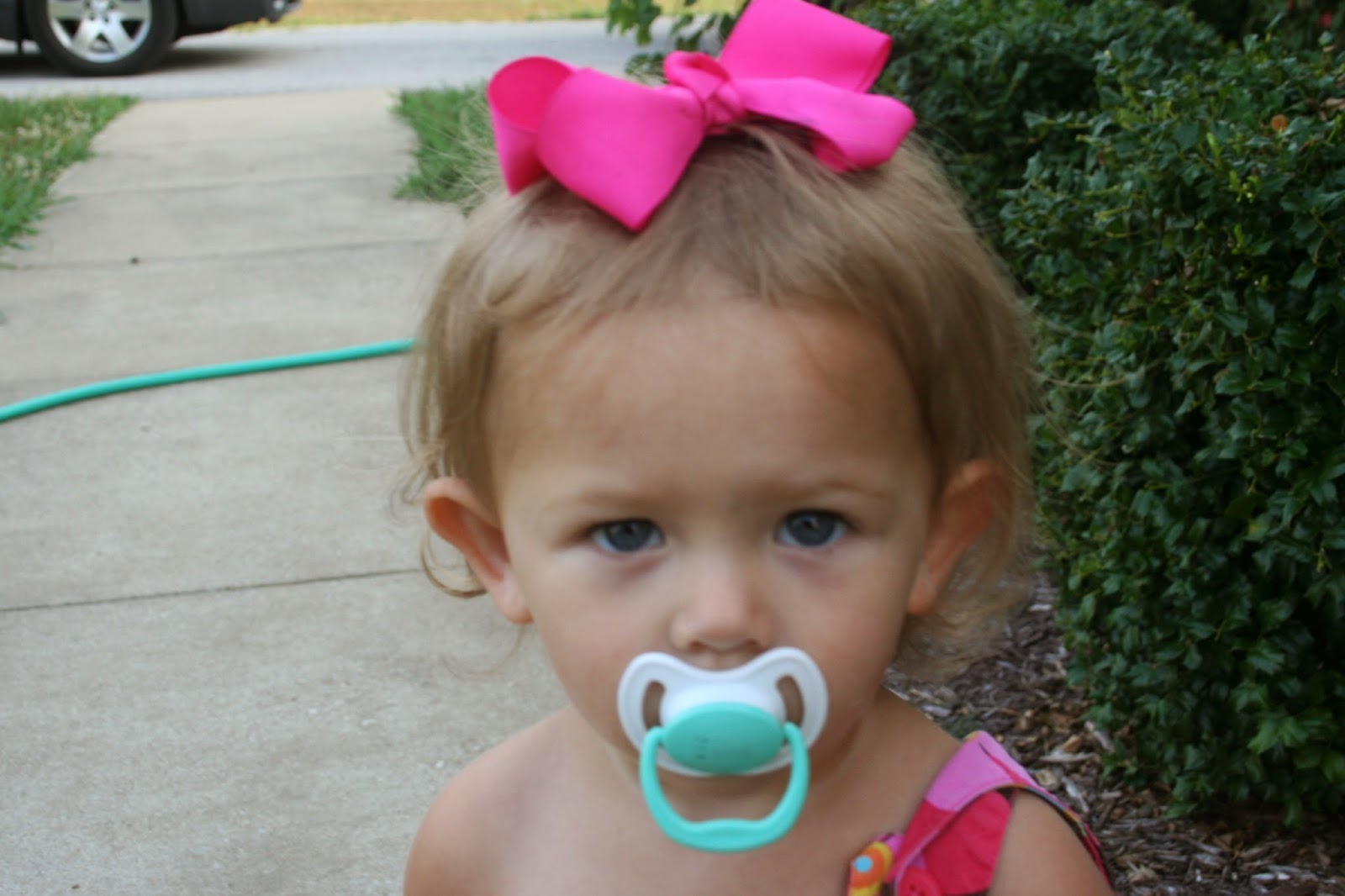 Oh yeah, here's a picture of Ellie.  I wanted to give her a shout out since this week has pretty much all about Eli with kindergarten and his birthday.  Ha!