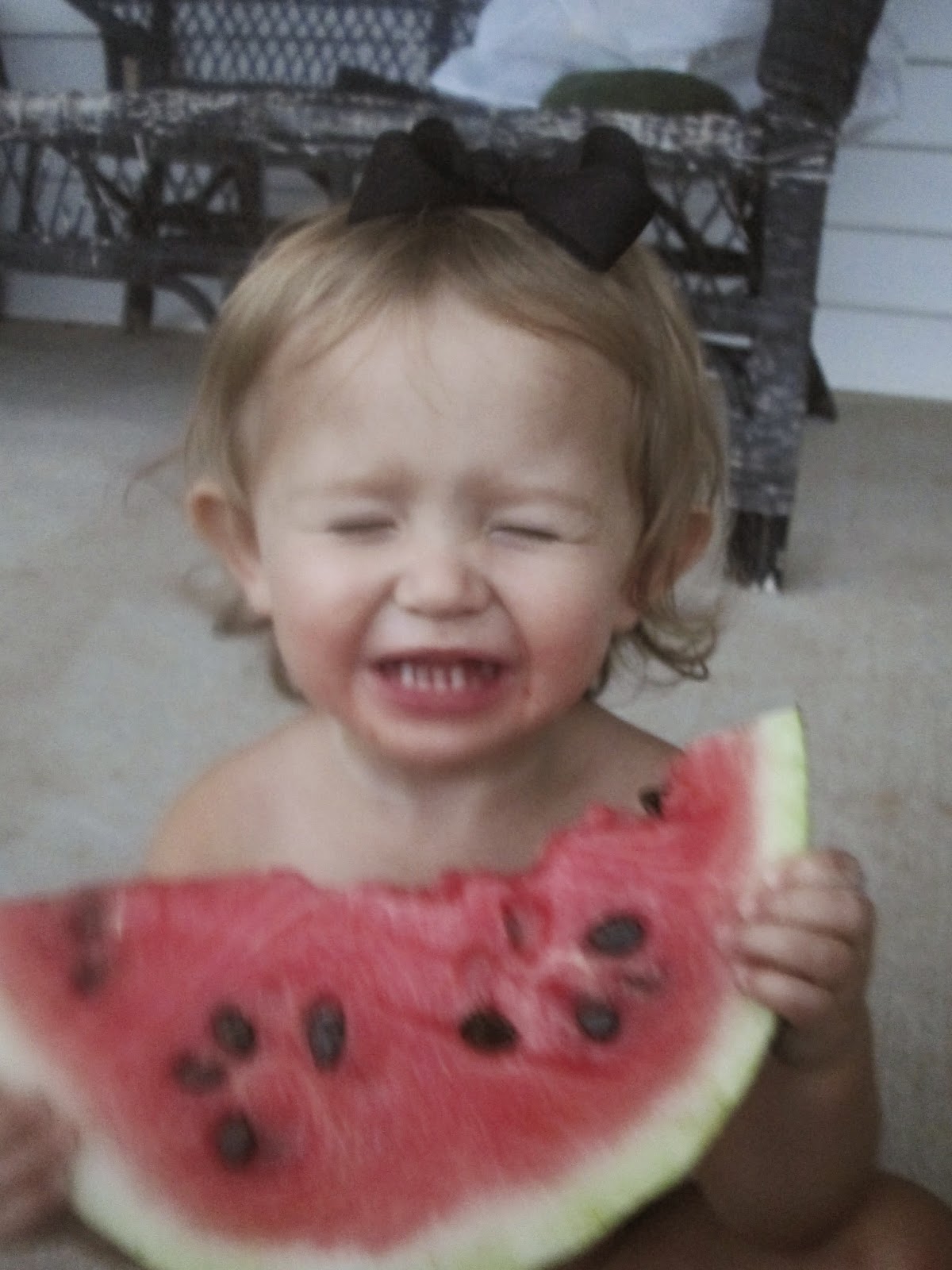 We pretty much do nothing on Sundays other than go to church, spend time as a family, and sometimes make a grocery store run…which I did this afternoon. 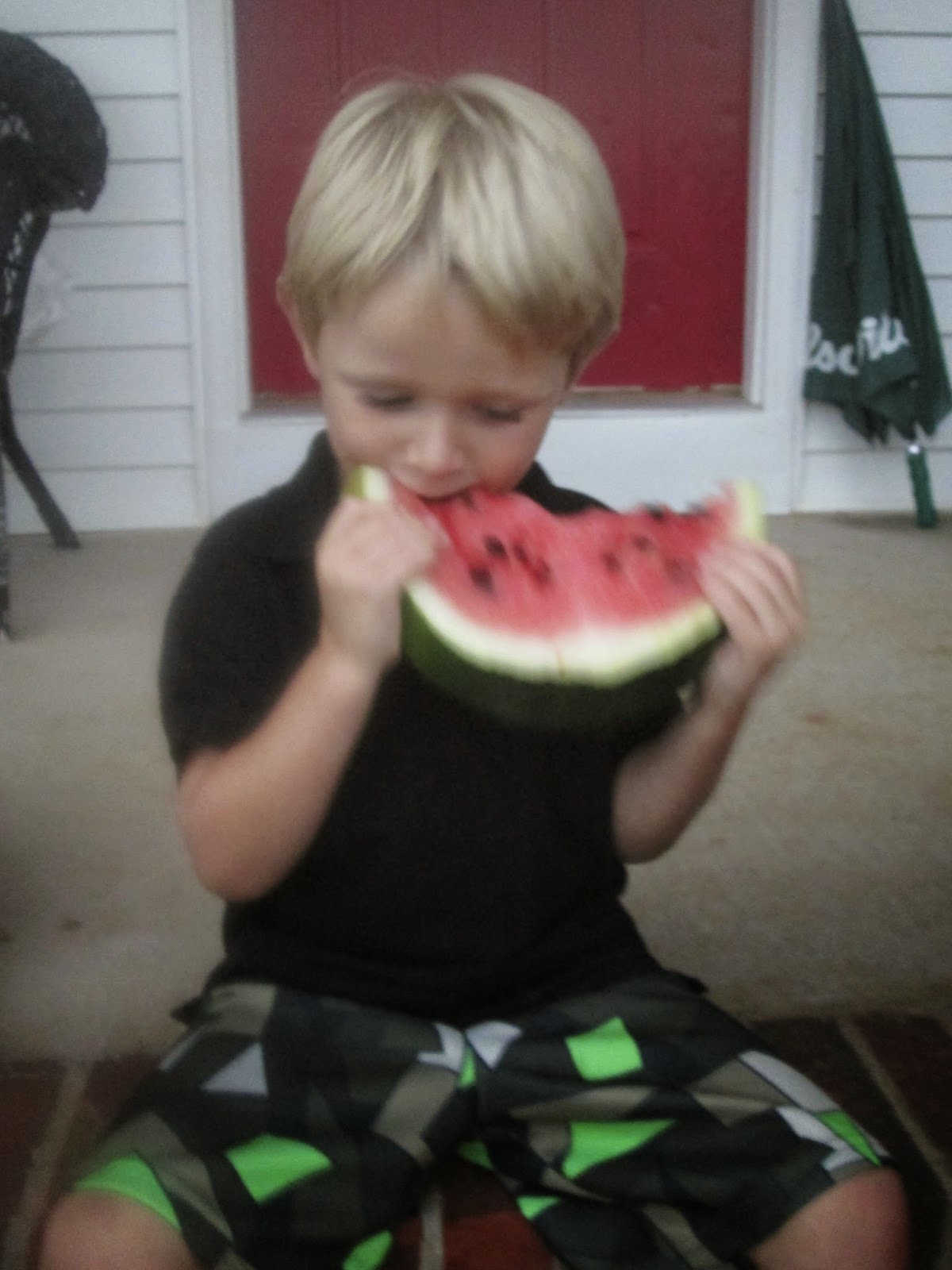 It was a pretty dreary day and so, so humid with all the rain!  Nonetheless, we entered outside after supper so that we could break open the watermelon from our neighbor. 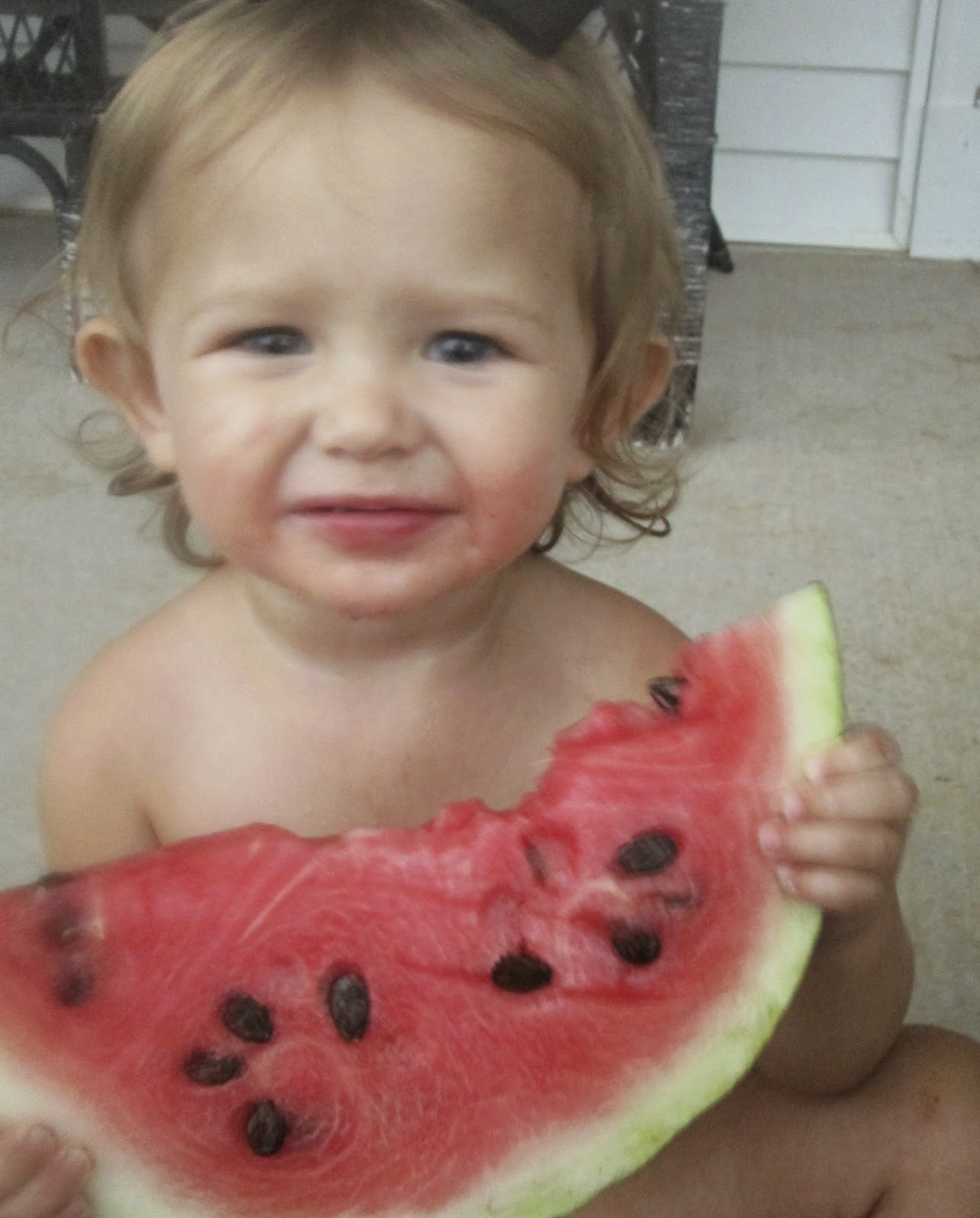 As you can see, Ellie thought it was the greatest thing she had ever experienced.  Ha! Eli was thrilled too, but not to the same extent. 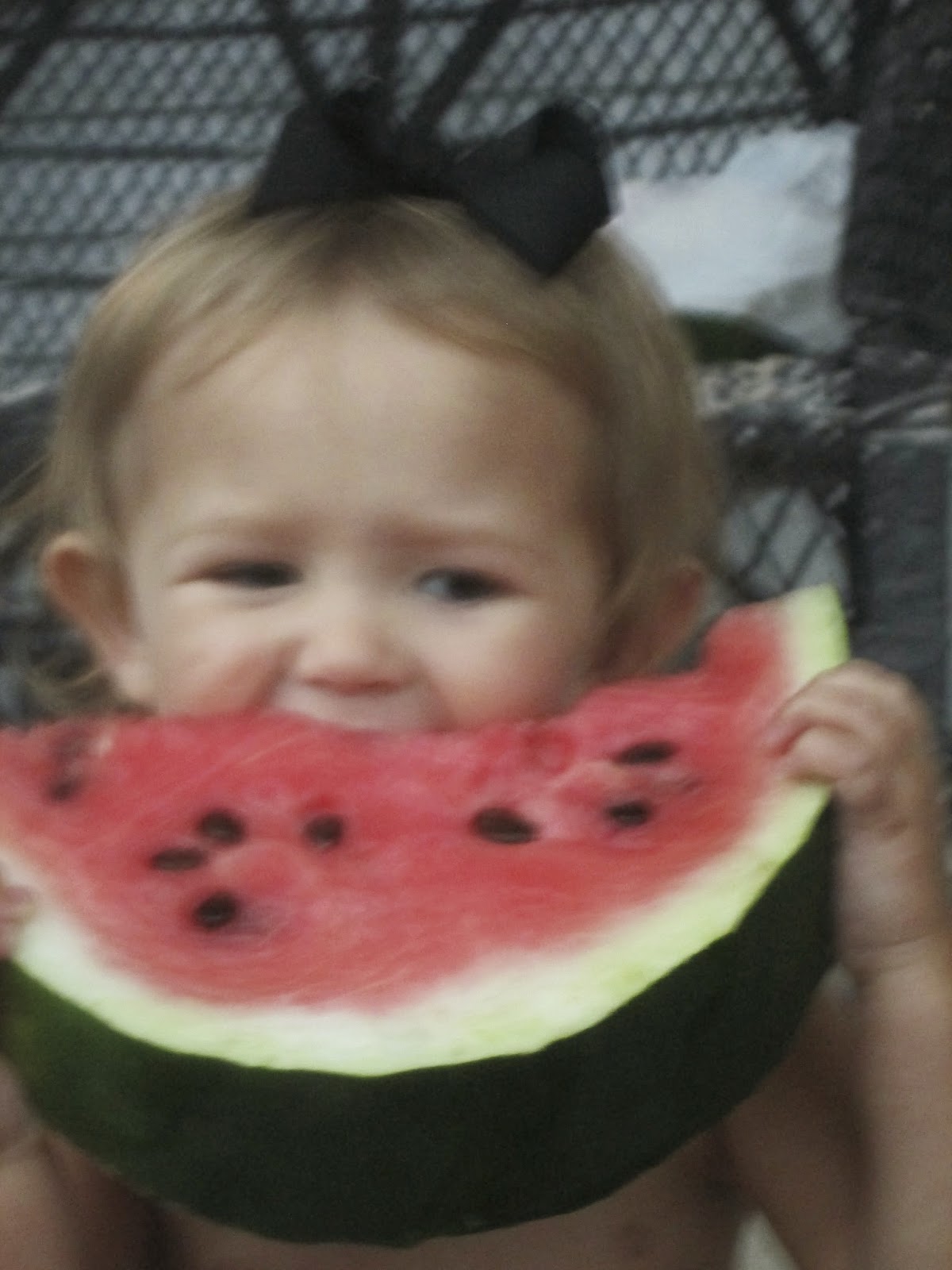 While they were eating the watermelon, a rain storm blew up.  Eli has been wanting to play in the rain all summer, but it's been dry and most of the rain has come with lightening…but not tonight! 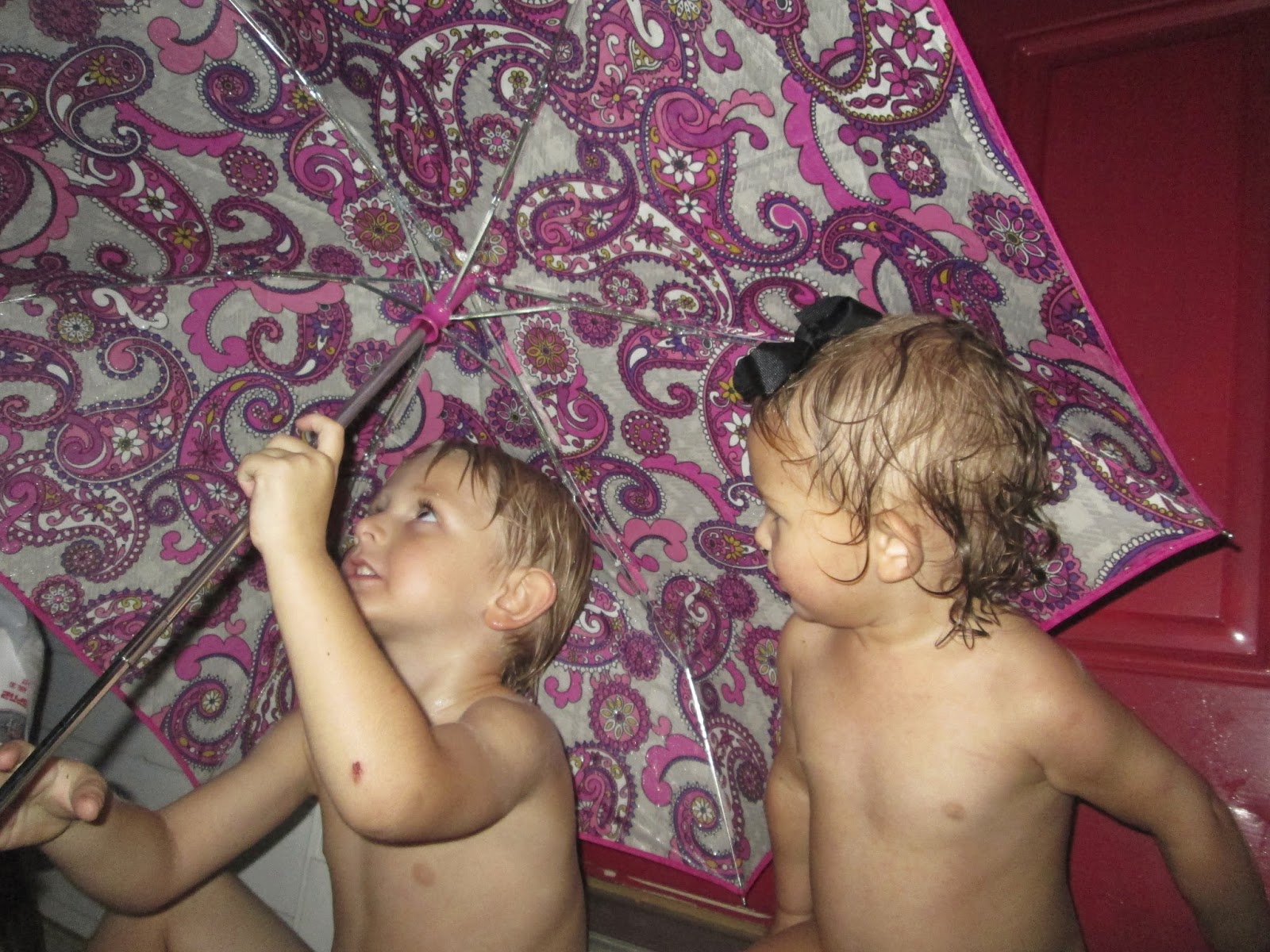 It is was nothing more than a good, old-fashioned rain storm, I let both kids strip down and run around in the yard.  It's nights like this I am so, so thankful to live in the country where sporting your birthday suite is acceptable…until you're five!