The Leader In Me

Ya'll know that I am a mess of a person. Professionally I am organized and thorough, but outside of the work place I walk around with my head in the breeze forgetting important dates, missing doctor's appointments, baby shower announcements, and other major things.  I try desperately to keep it all together, but just I'm not that good at it.  If you were to look at these pictures of tonight's school event, you might think I've got my act together but let's take a look behind the scenes. 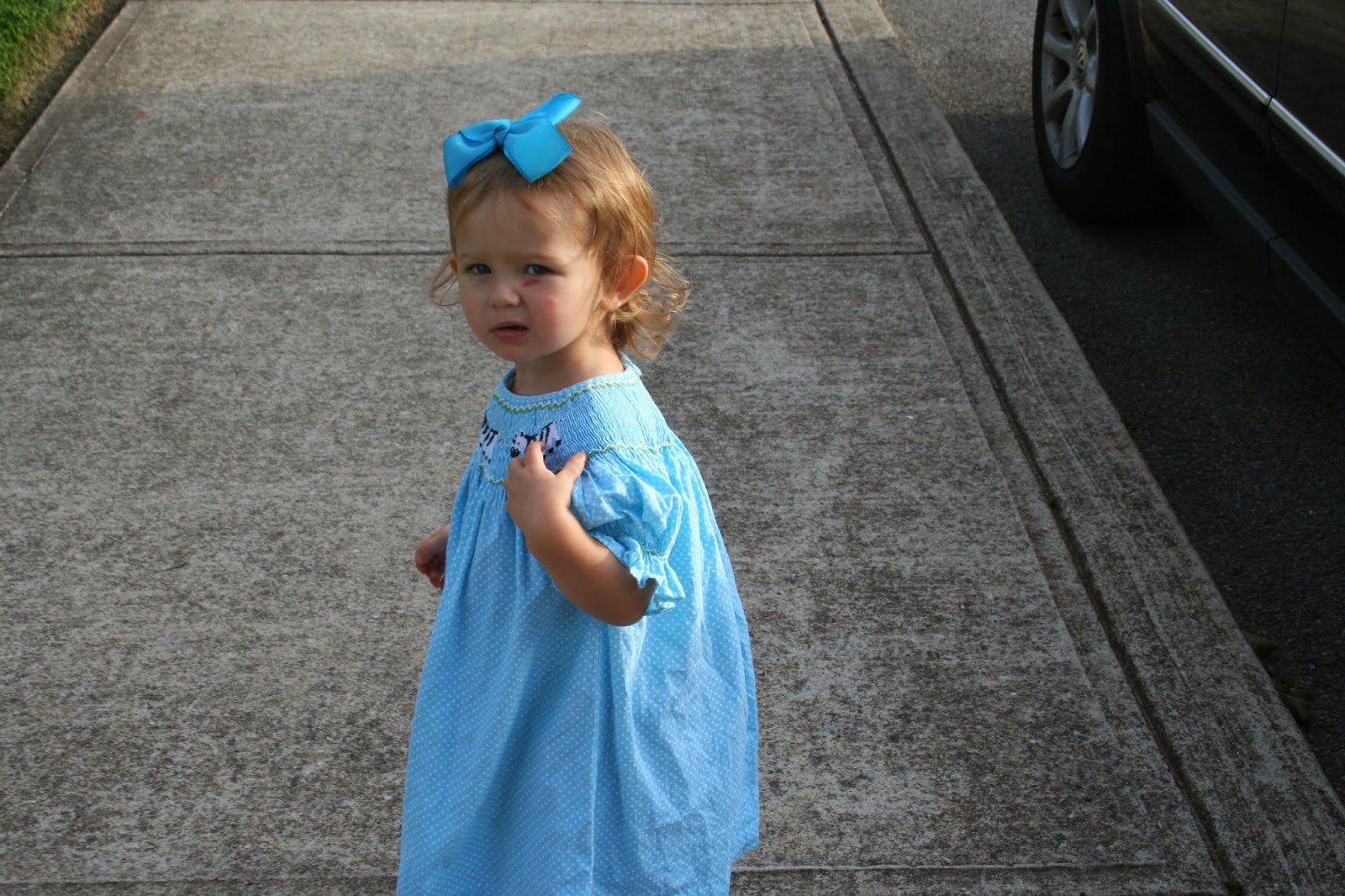 Eli's school news letter has been highlighting Leader In Me Parent Night.  I know this because I added the event to the website.  Ha!  Since I work for the district and know all about the Leader In Me initiative, I decide not to attend.  Bad choice.

I always check Eli's folder in the parking lot before leaving school, but I don't sign the papers until the next morning, so I didn't see a little orange slip of paper informing Kindergarten parents that their children would be performing. 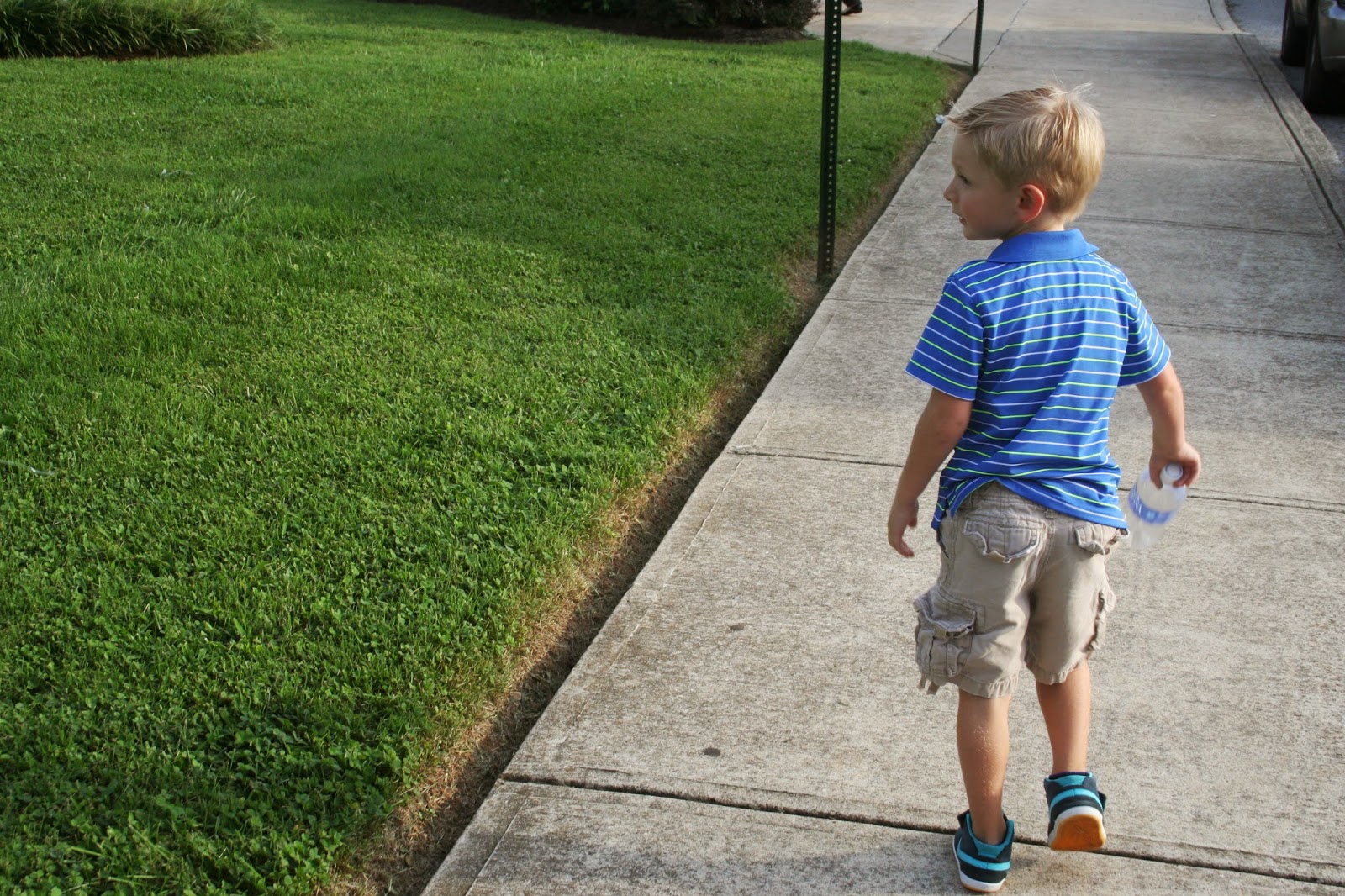 I called Eric in a frenzy yesterday afternoon telling him to cancel his plans because we had a school event.  Then I ran home on my lunch break to grab a change of clothes for both kids since what they wore to school/daycare was not up to par.  After work I rushed to pick them up, take Eli for a haircut, and run through a drive-thru before making it back in time for the performance. 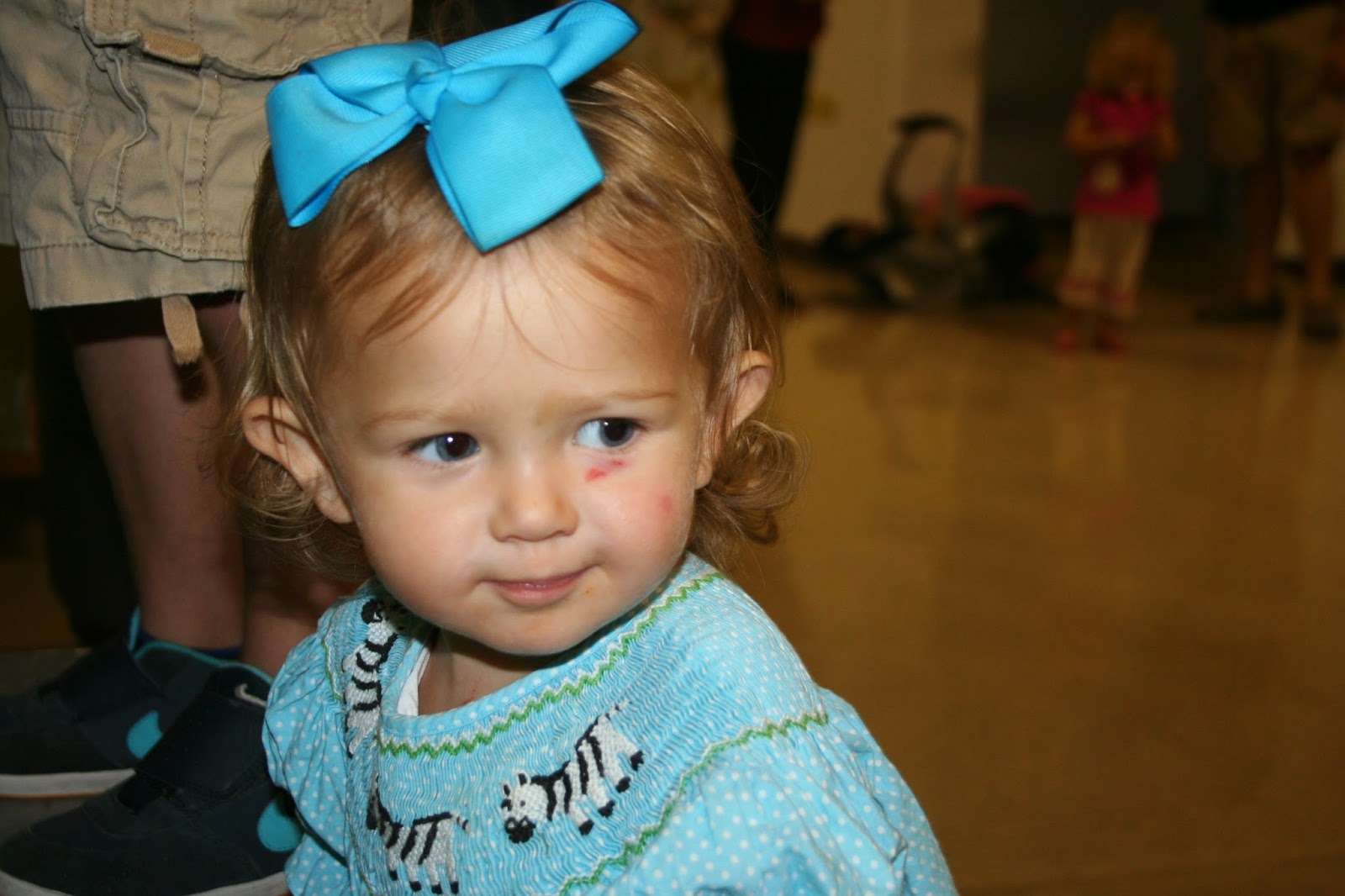 In case you're wondering, Ellie gave herself a black eye.  Apparently she wasn't finished washing her hands and threw quite a fit when her daycare teacher moved her away from the sink.  Anyway, the performance was adorable. They sang a song called "Be Proactive."  I was so impressed with all the kids.  The entire night was run by students grades K-6…all of it!!  The Leader In Me is based off of the popular book "Seven Habits of Highly Effective People," and is formatted for kids. 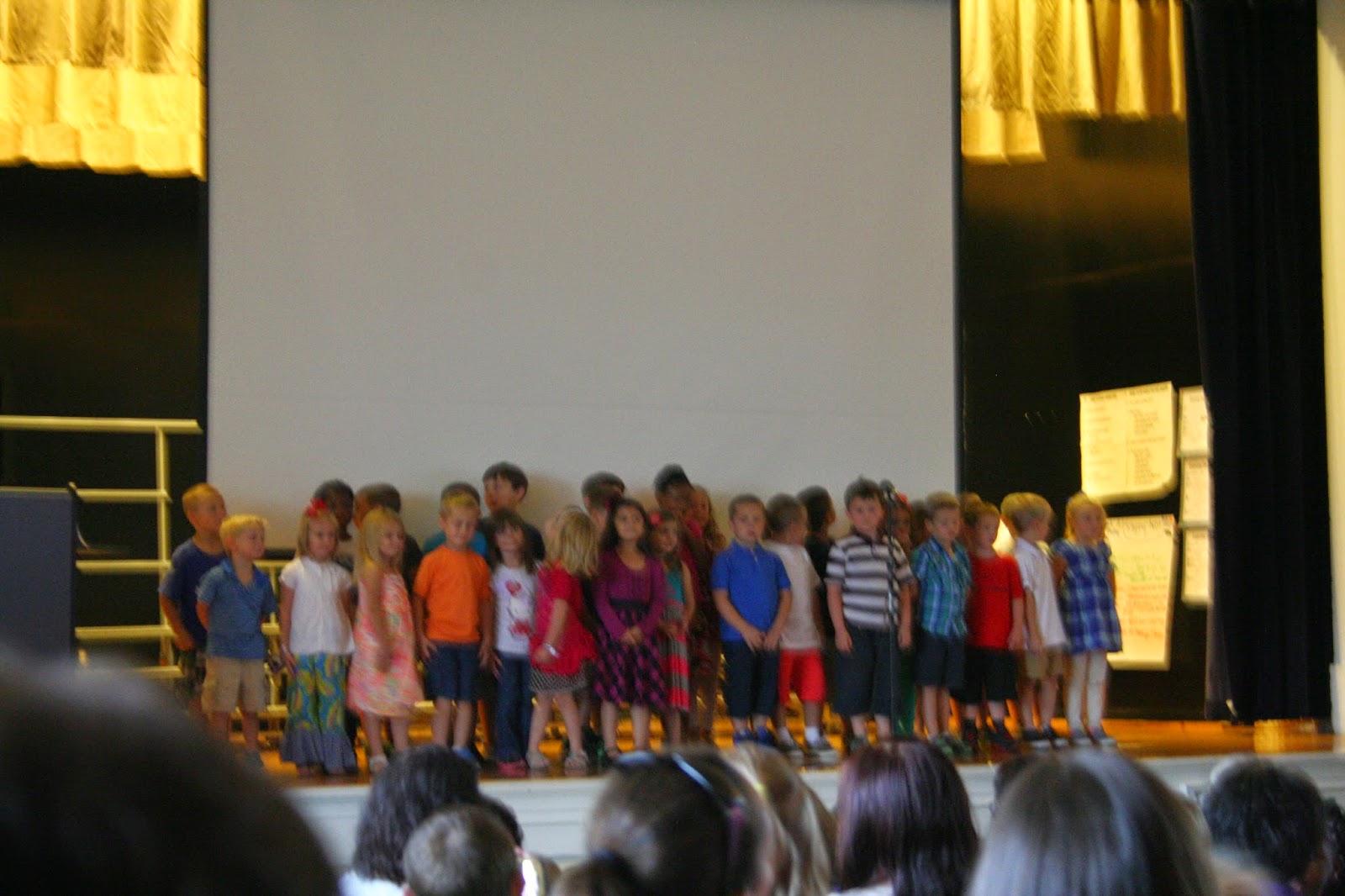 Here are the habits: 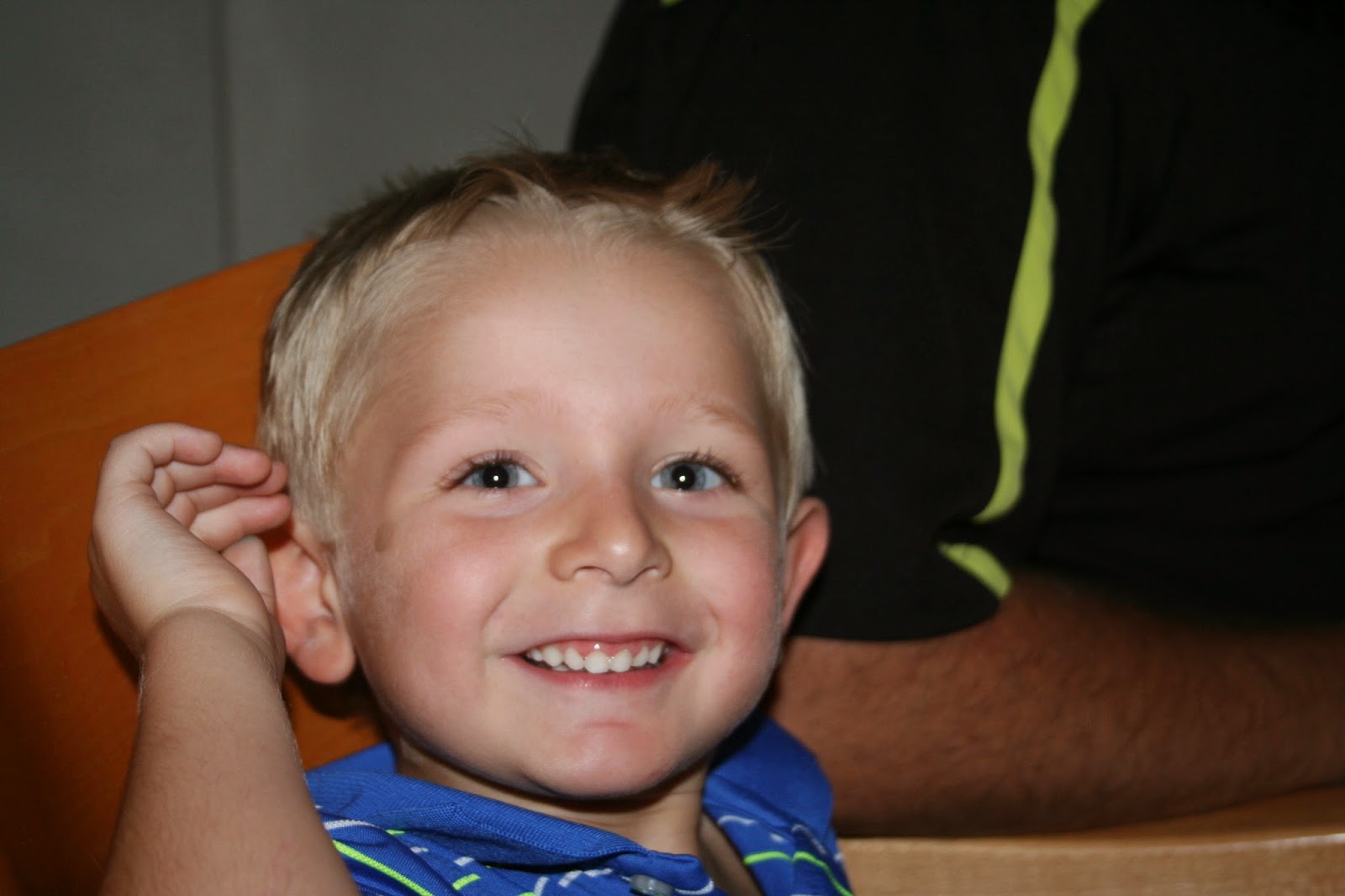 After the performances, we headed to the lunch room to eat KFC.  It was amazing and the kids served it to us!  Ya'll really need to look into the Leader In Me.  When your 5 year old tells you that he needs to share his toys because it's how we "think win-win,"  it's pretty impressive!

What is unimpressive is my calendar keeping capabilities…I need a personal assistant.  Any takers?