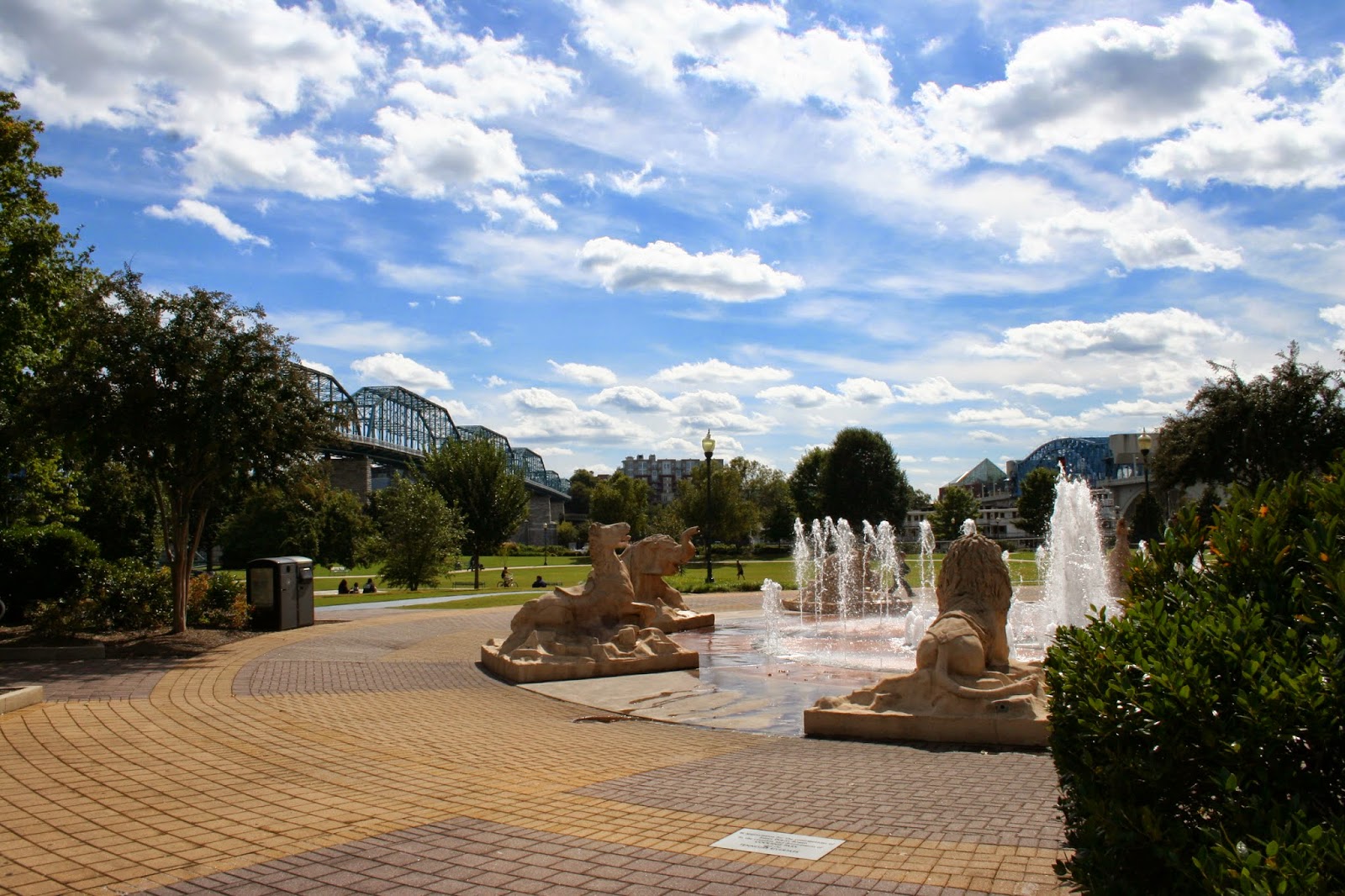 Eric and I always take a little anniversary trip to celebrate our marriage.  It's something we look forward to and talk about all year long.  We have been to Atlanta, Mammoth Cave (camping), Nashville, French Lick, Cincinnati, and this year we went to Chattanooga.  It's really not about the destination.  It's about spending quality time together, having uninterrupted conversations, and SLEEPING. 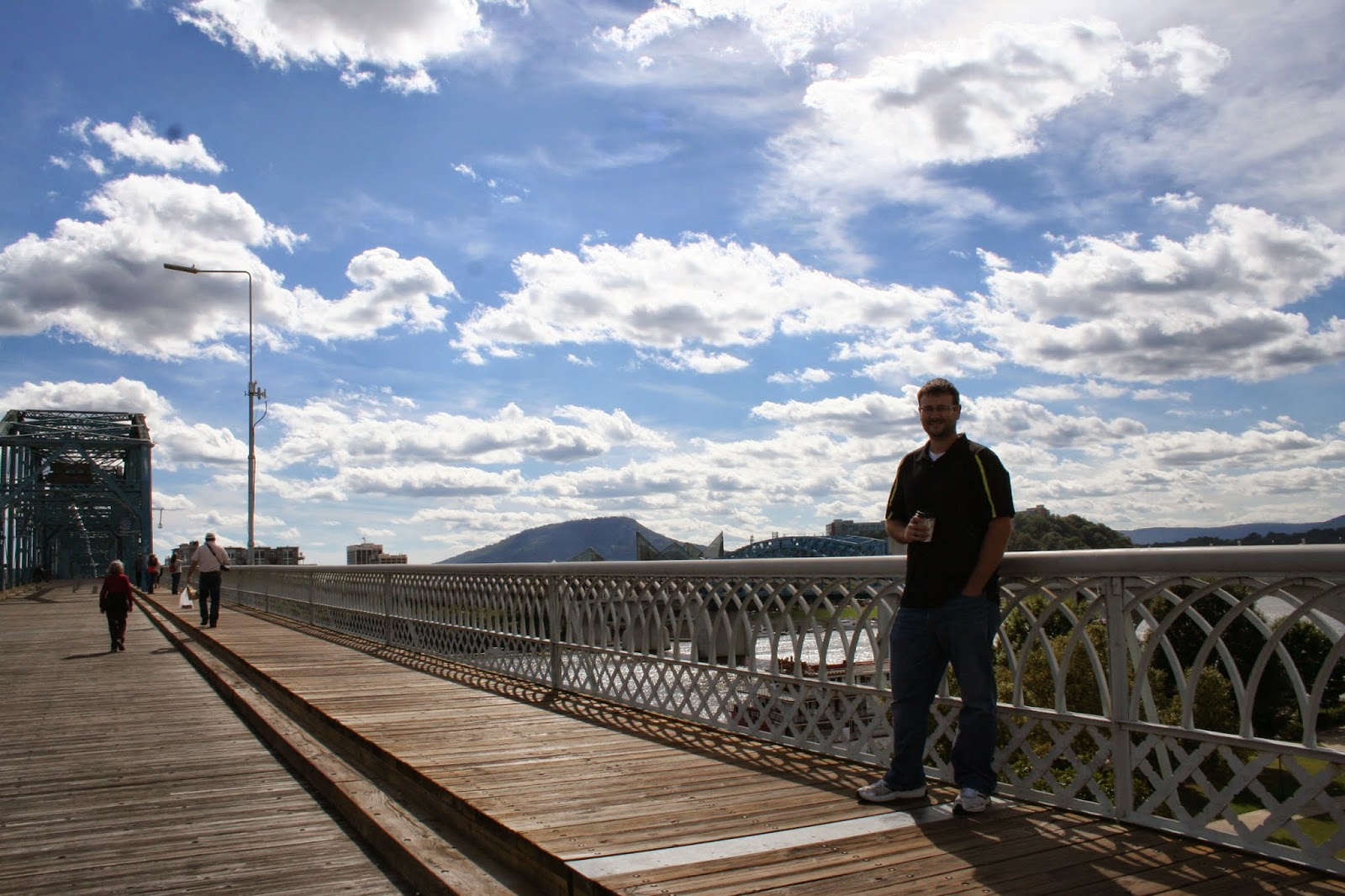 Anyway, we were hoping to get an early start, but that didn't exactly pan out, so after meeting my parents to drop off the kids, rushing home to pack, and finally hitting the road, it was after 1:00 when we finally made it to our hotel.  We pretty much conked out and slept as late as we wished on Saturday morning…it was DIVINE! 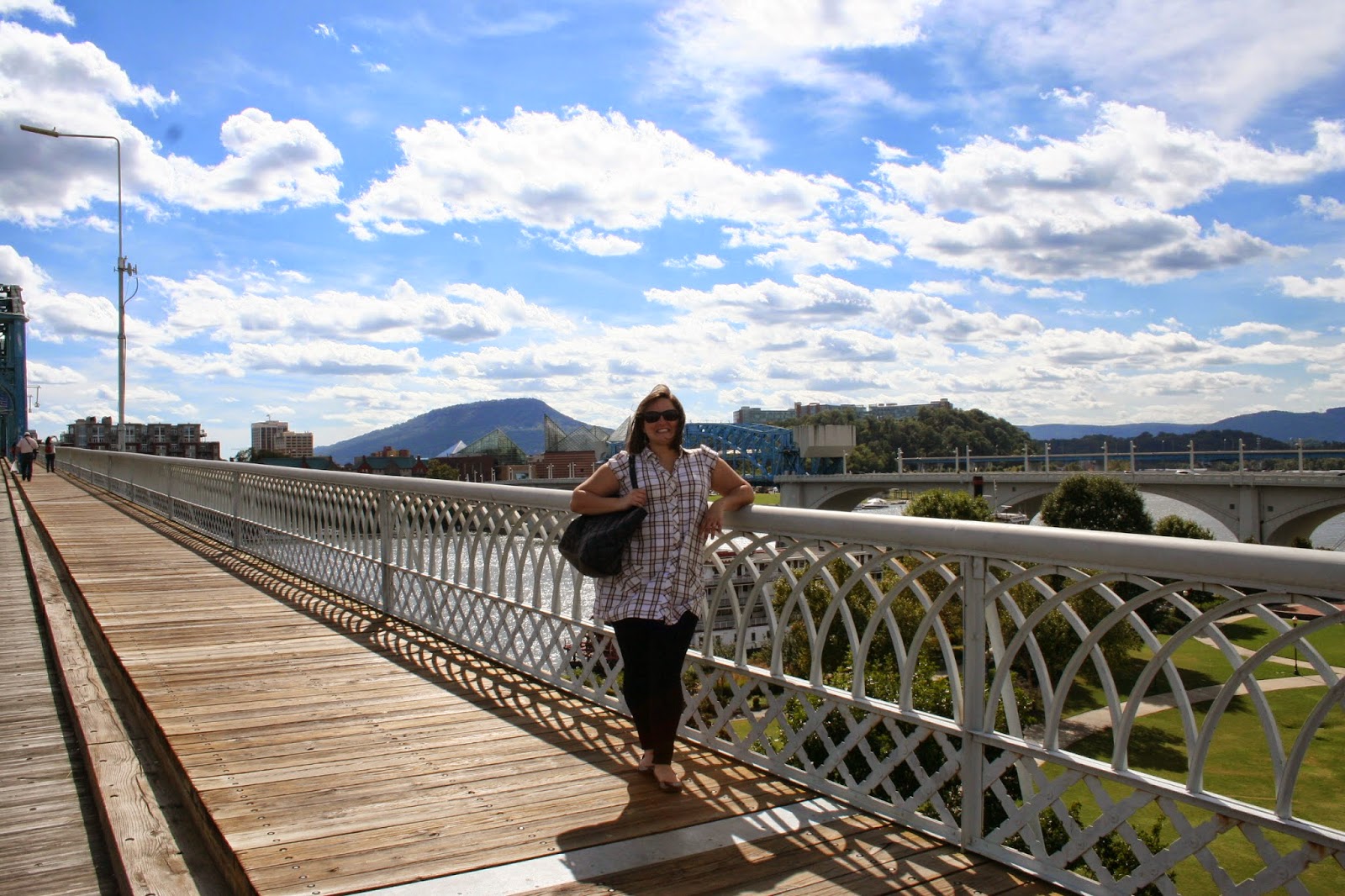 Eric found a restaurant on Urban Spoon called Bluegrass Cafe'.  It was local and served the most amazing homegrown foods.  I had quiche, grits and fresh fruit.  It was undoubtedly the best breakfast I have ever had!  After we ate, we headed downtown to park.  The weather was amazing and we spent the afternoon exploring the city. We walked the bridge, sat at the park, and enjoyed the Bluegrass Concert…Eric was in heaven! 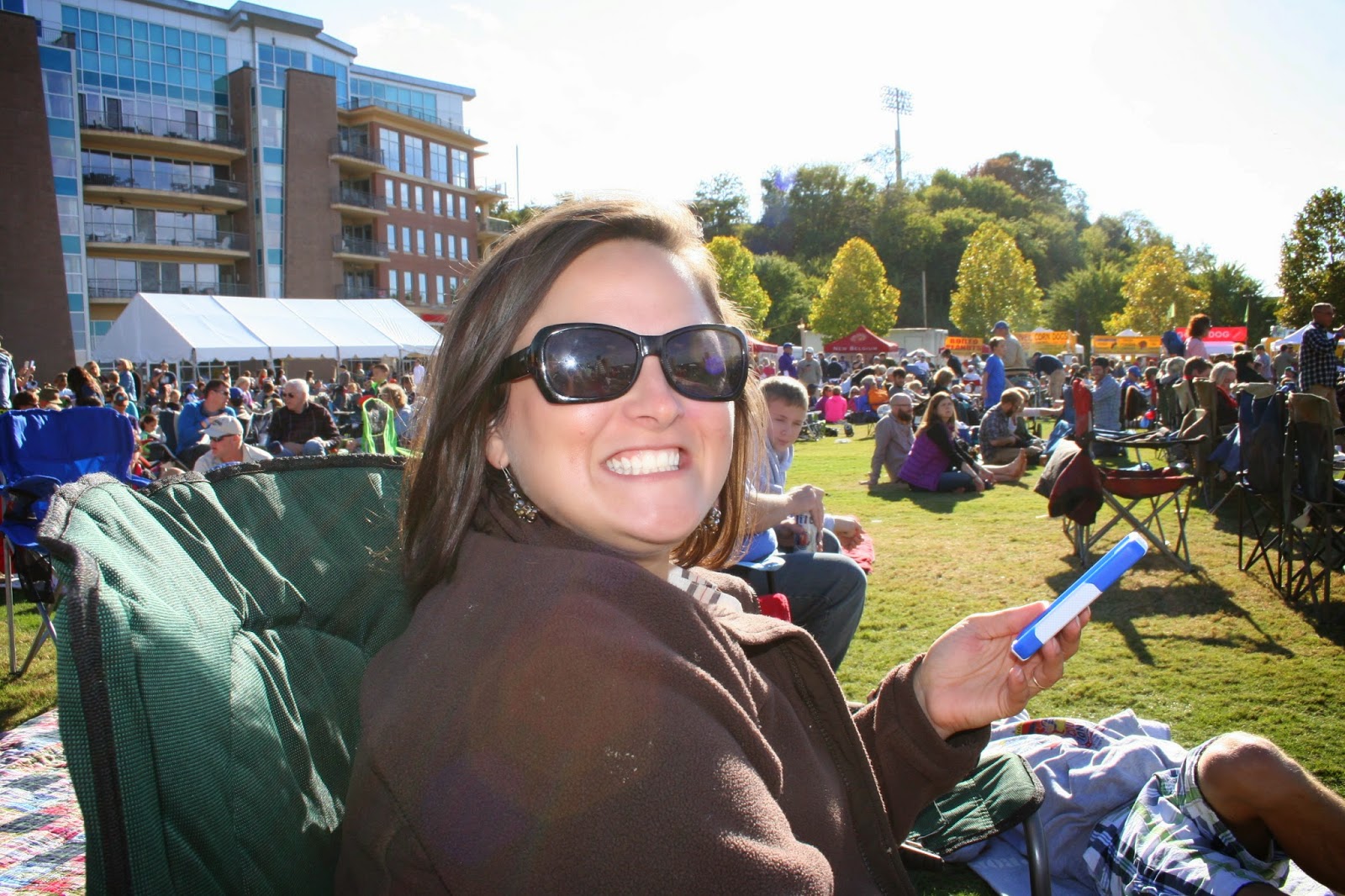 We headed back toward the hotel and mall for a little shopping and dinner.  We ate at a sports bar called Fox and Hound where we cheered on the Cats!  Yes, Eric cheered for them too. It was a great win which was the perfect way to end out day.