I don't know if I've ever shared this with ya'll or not, but I love the mountains.  In fact, I would take the mountains over the beach any day.  My momma says it's in my blood; it's the Eastern Kentuckian in me coming out.  As you can imagine, I was in my element all weekend long, especially when we went to Lookout Mountain. 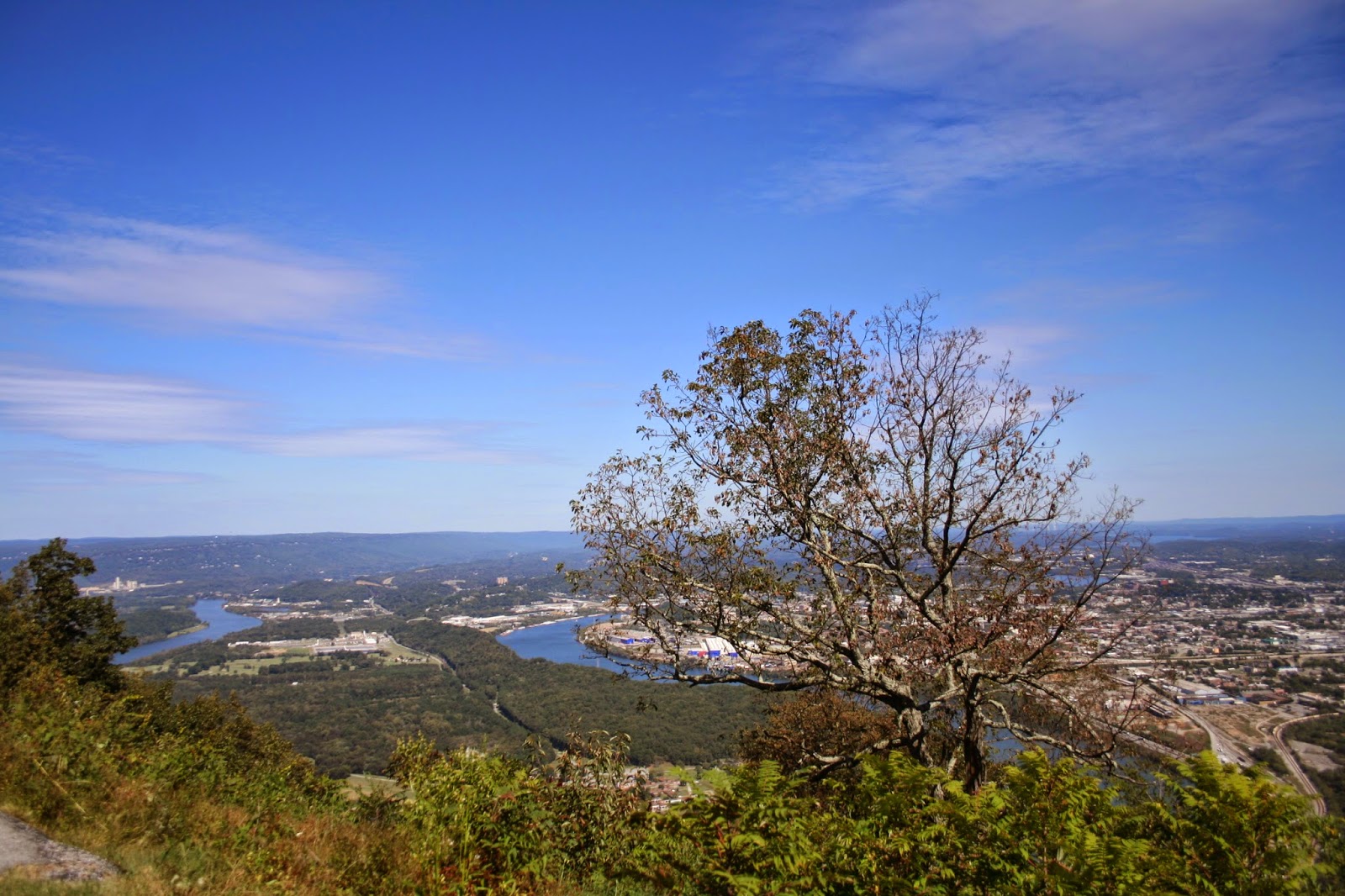 Here is a little tip for you…Skip Rock City.  I know, I know.  It's a major tourism attraction and a Chattanooga legend, but it's also expensive.  Just down the road is a National Monument/Park called Point Park.  It's supposed to be $3, but both times we've stopped in it's been free. 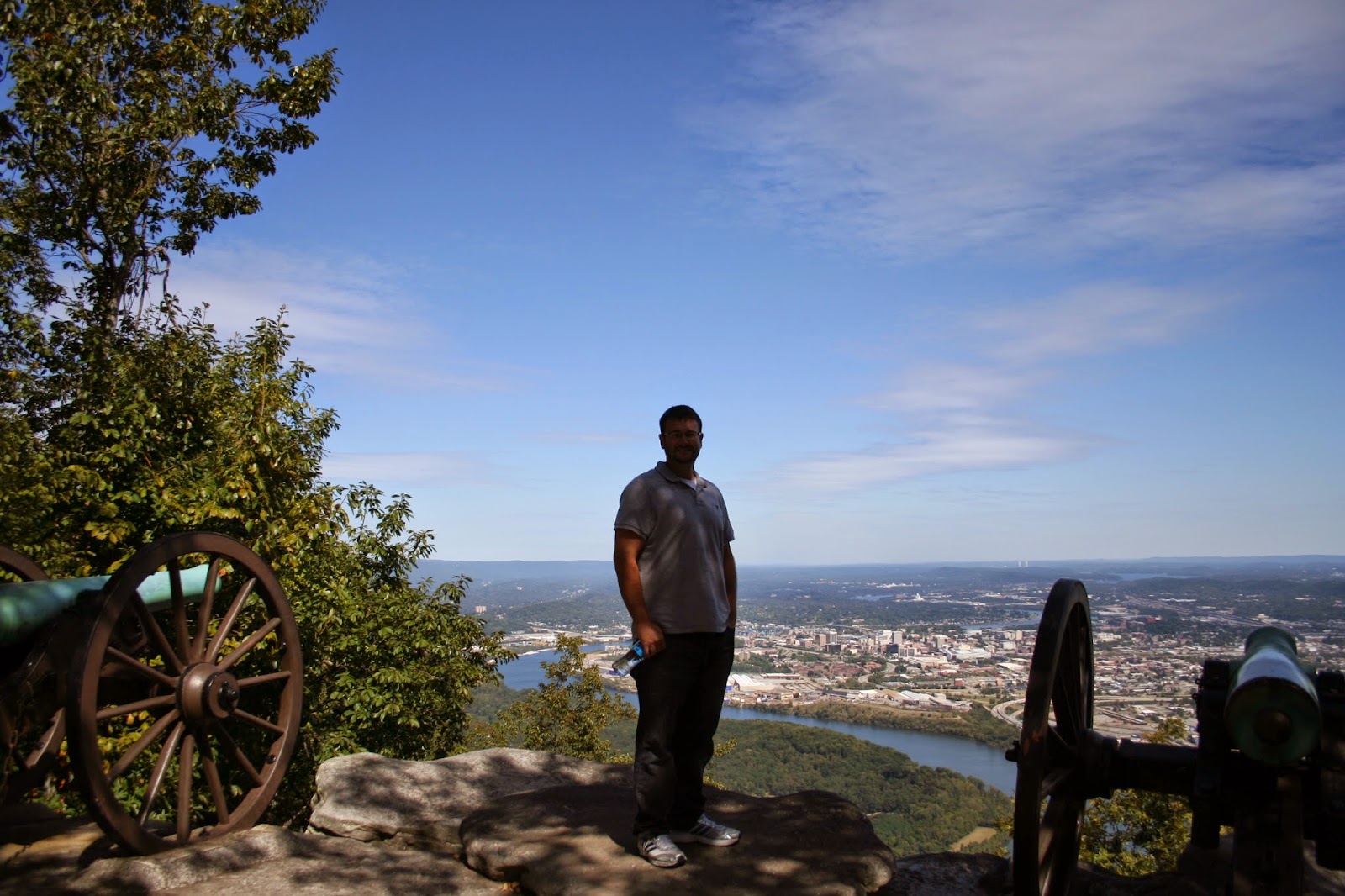 The views are magnificent.  I just stand in awe looking out over the landscape.  It is so humbling to see God's Masterpiece…majestic! 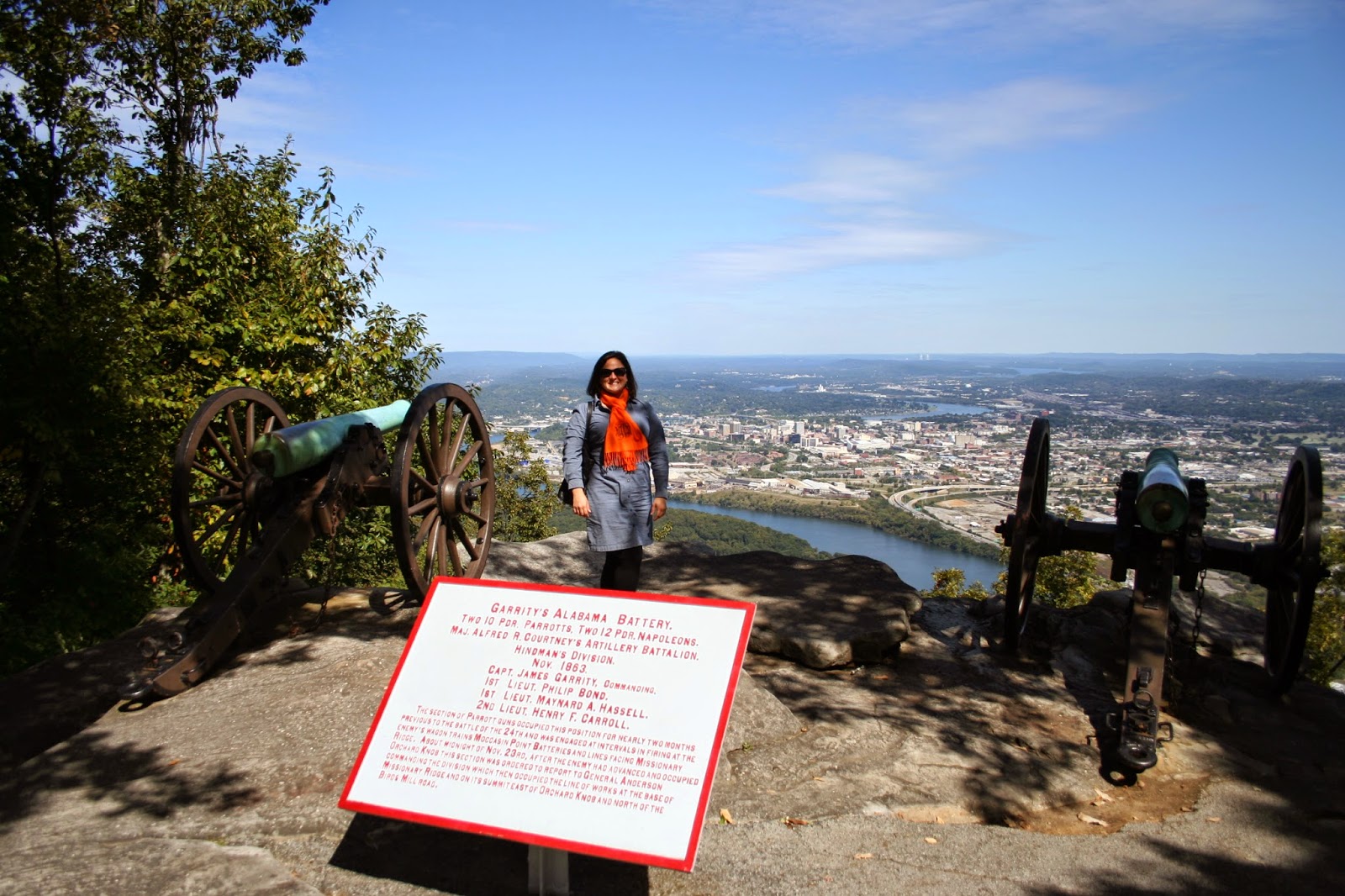 Point Park is also a historic site. It's where the confederate army camped during the Civil War which is why there are cannons in the picture.  I know the South lost the war, but it wasn't on account of their bunkers.  They could have seen their enemy for miles. 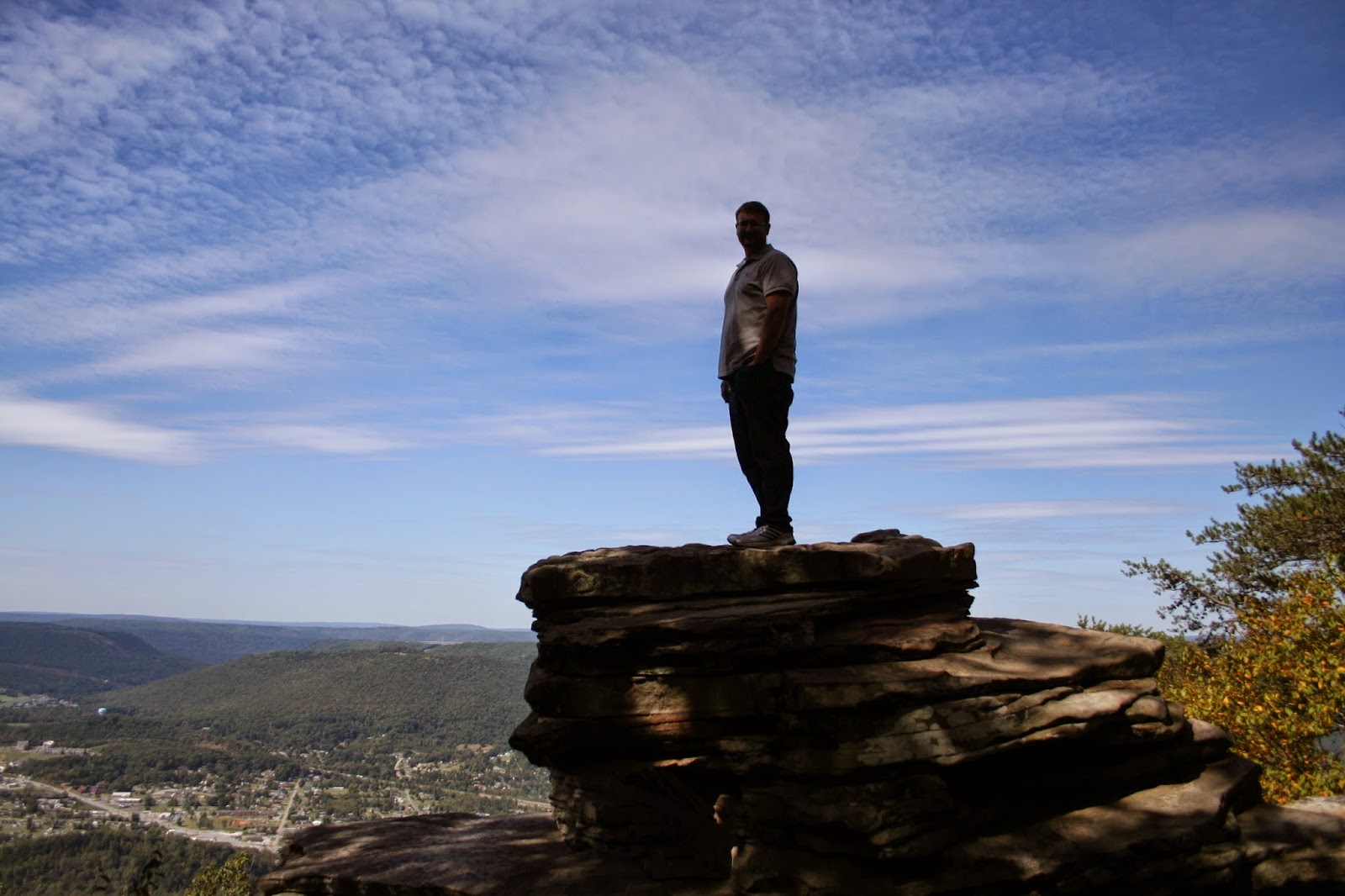 There's a little museum on site, and in a picture of a soldier on the rock Eric is standing on.  So there you go, our own little piece of history. 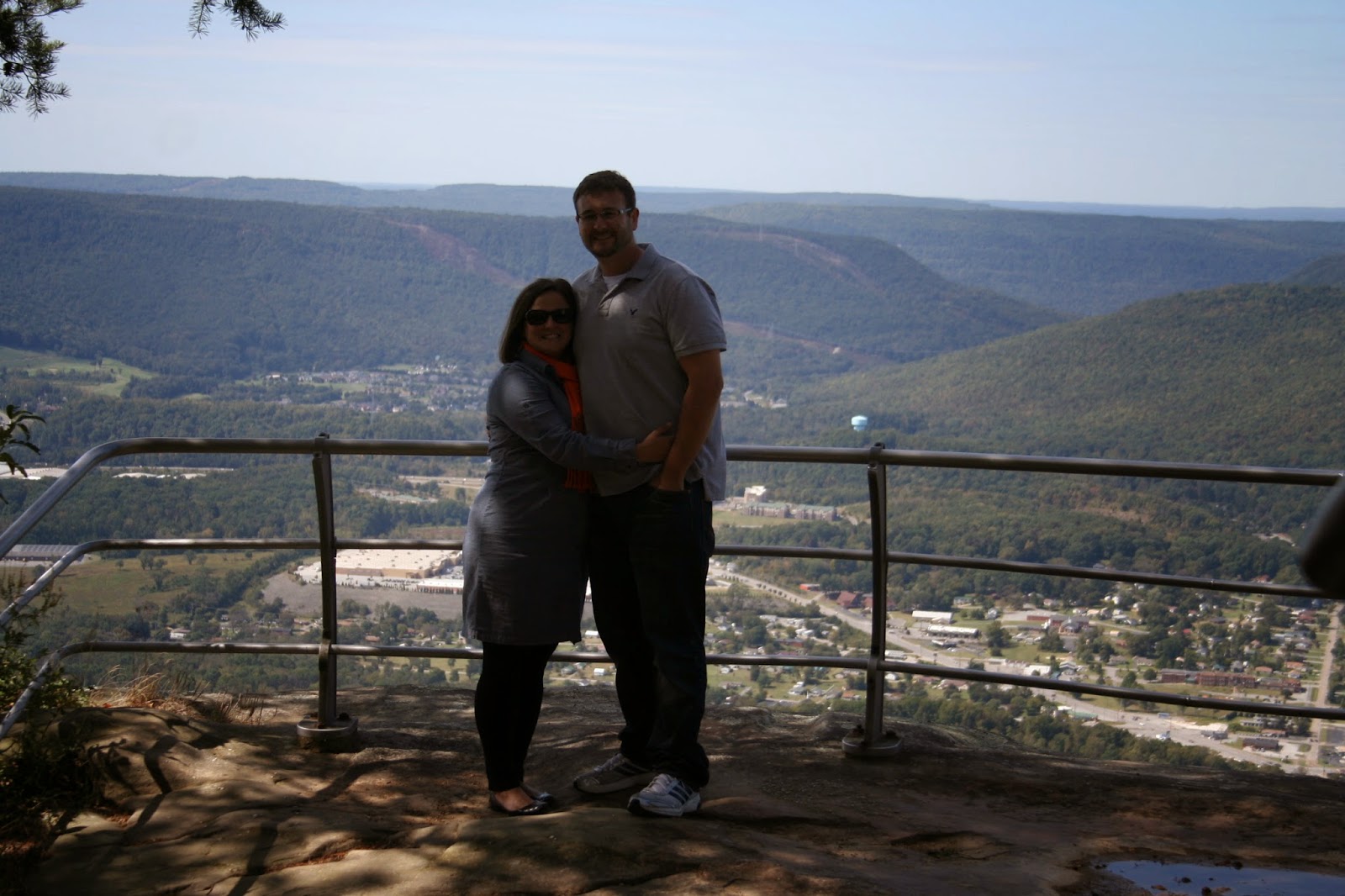 After exploring the rest of the park, Eric treated me to Starbucks.  Ya'll,  it's the most picturesque location on top of the mountain, in a stone building with a fire pit and outdoor seating.  It was very dreamy to sip on cider, take in the views and talk. 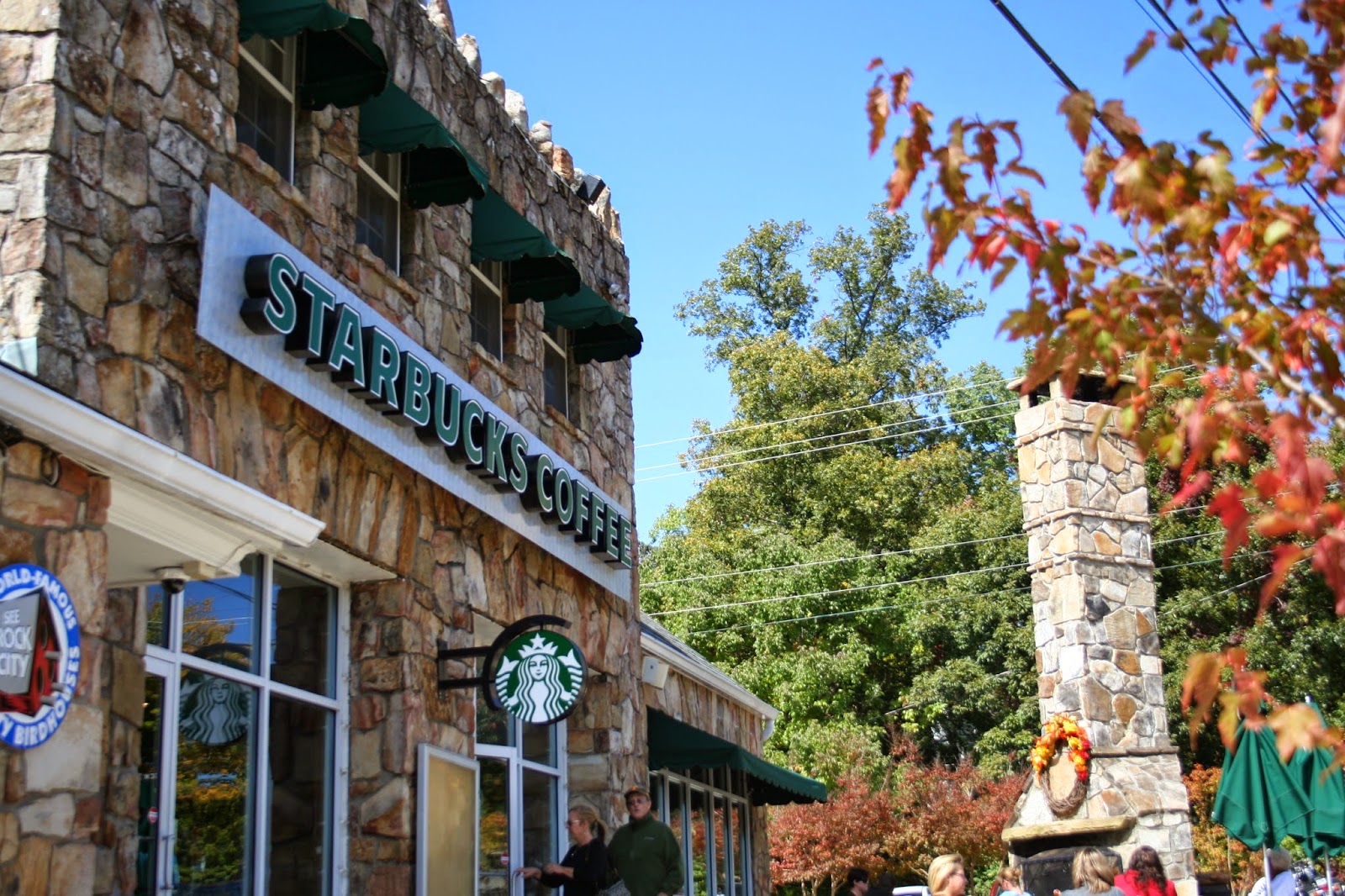 We left our peaceful perch and headed to Lola Lake on the other side of the mountain.  It's a land trust kind of deal and it only open certain days. 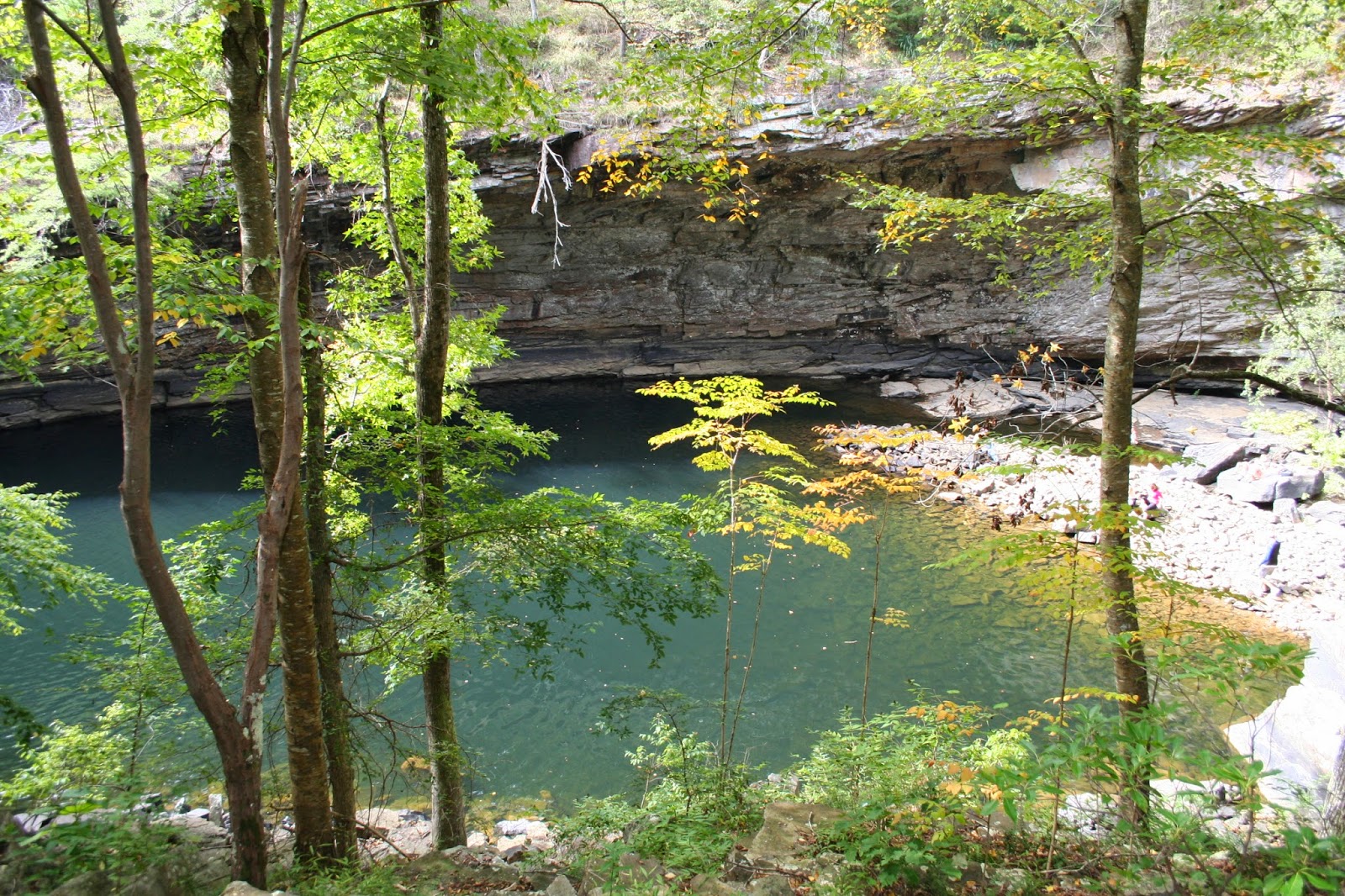 Somehow Eric and I got our wires crossed, and I that we were driving to the lake.  Yeah, we hiked.  I was NOT dressed appropriately, so what is normally a relaxing past time turned into a hot, uncomfortable mess. 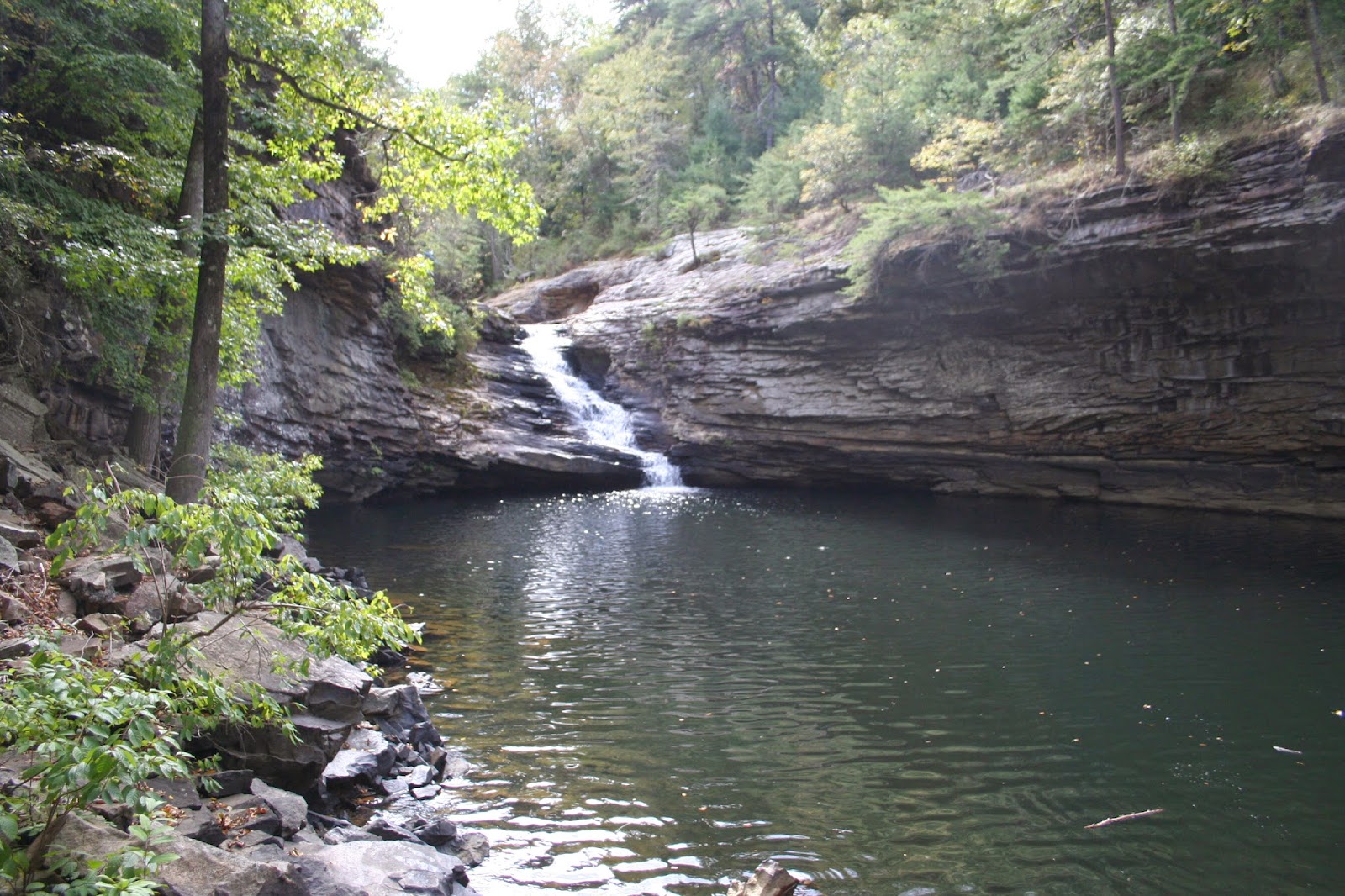 It was work every blister I got on my feet to see this view.  The water was crystal clear, and the whole experience was so peaceful and tranquil. 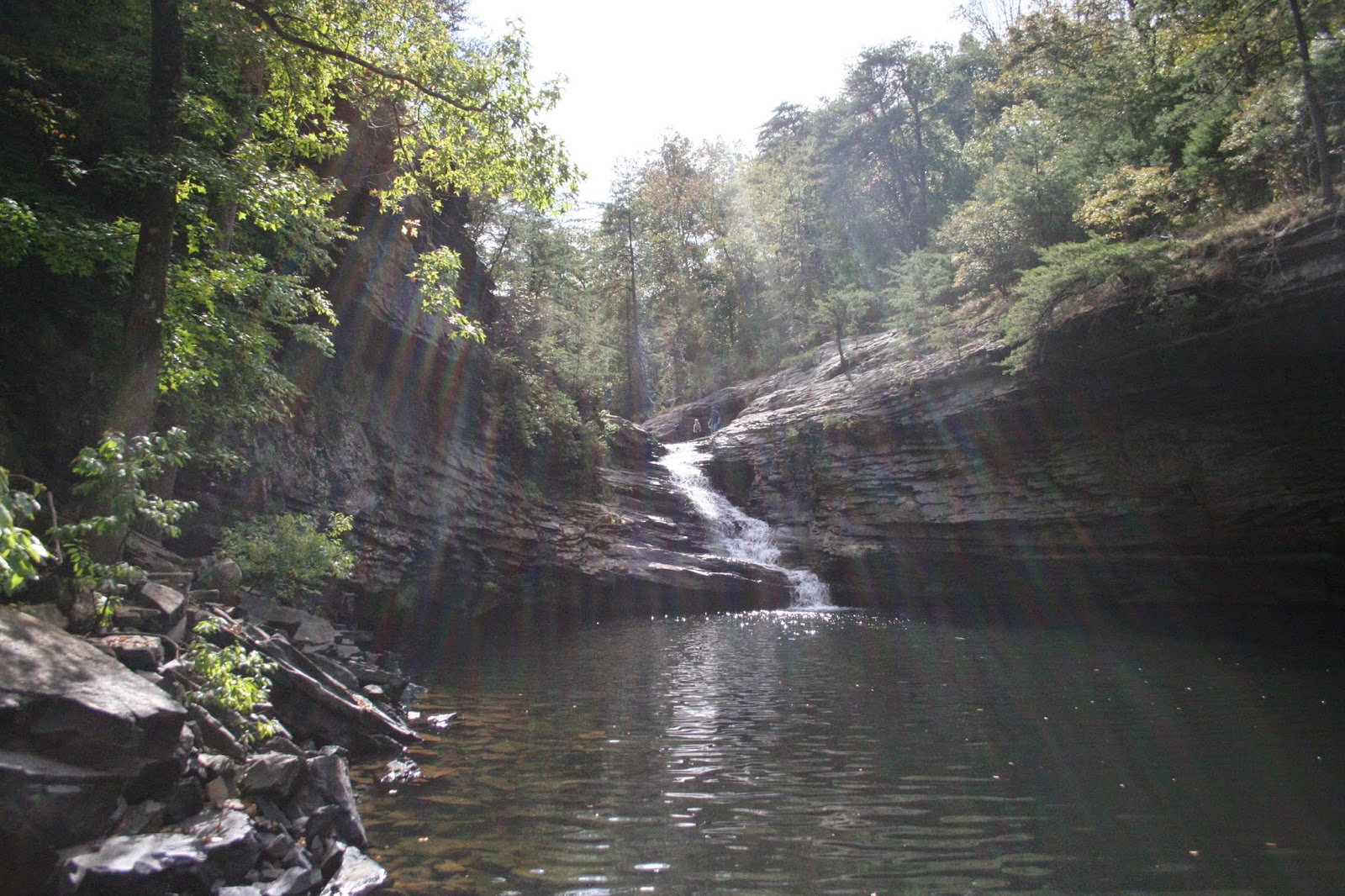 At one point Eric walked down to a second waterfall where he was able to get under the cascading water.  Again, I was not dressed for the occasion, and walking would have been dangerous in my shoes, so I sat on a perch at the top of the bluff and watched.  It sounds awful, but some cute college girls came by and talked with me for a while.  They reminded me of the ladies I met at WKU and still call friend. 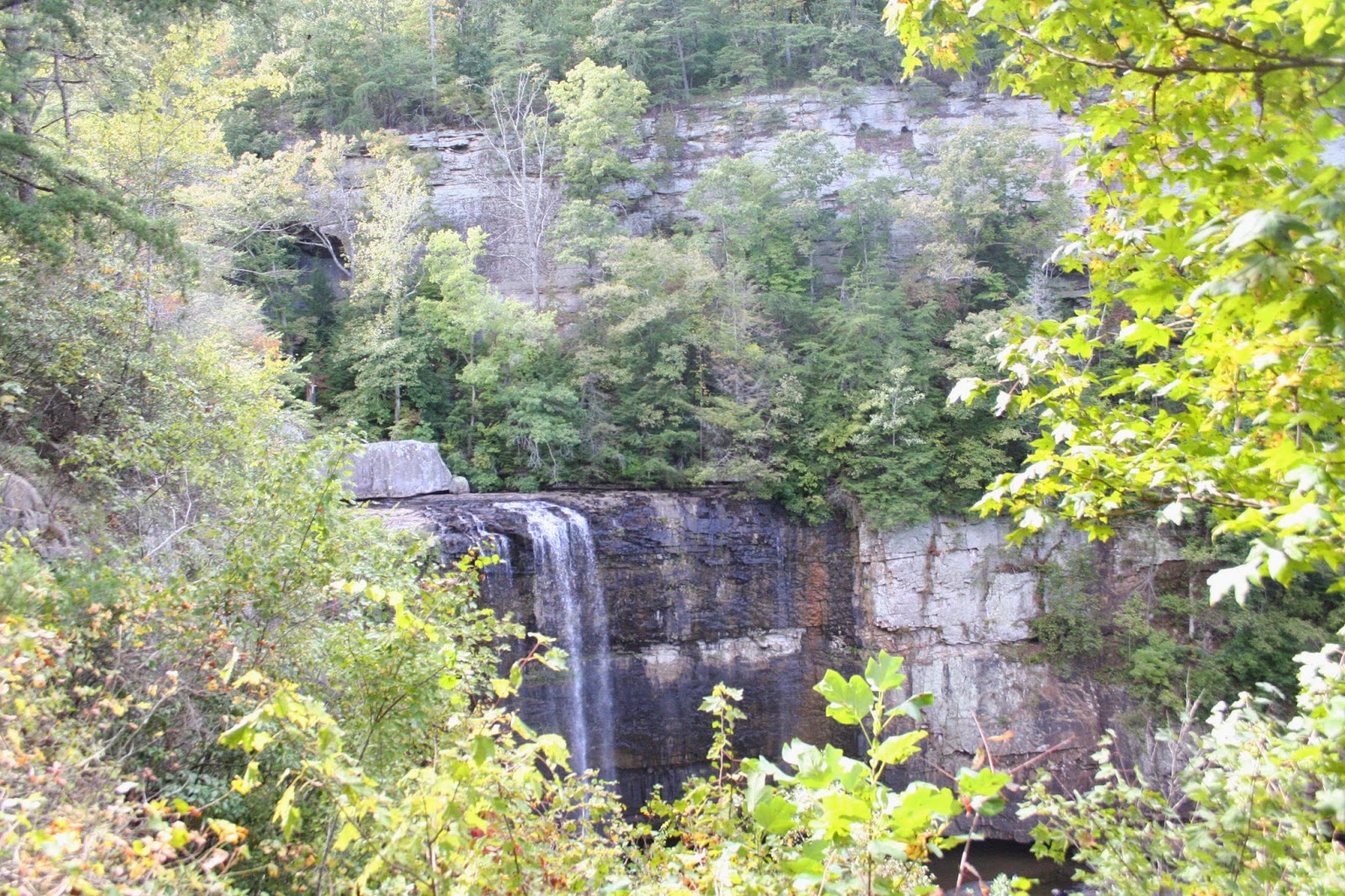 I also spent some time in prayer.  Being in nature is makes me feel so close to our Creator.  It was such a blessed few time alone with him! 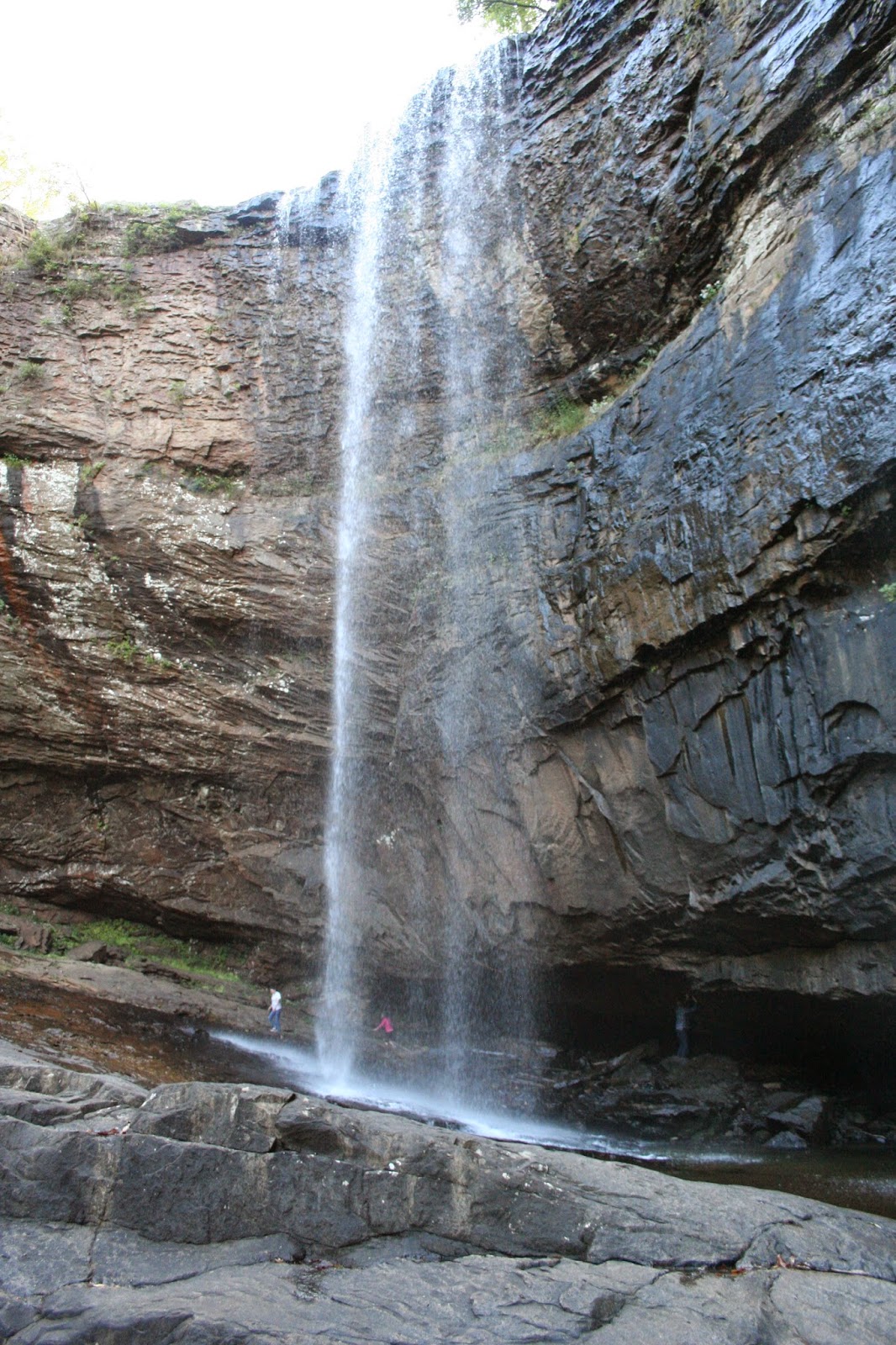 After leaving Lola Lake, we drove around the mountain some more taking in the incredible views. 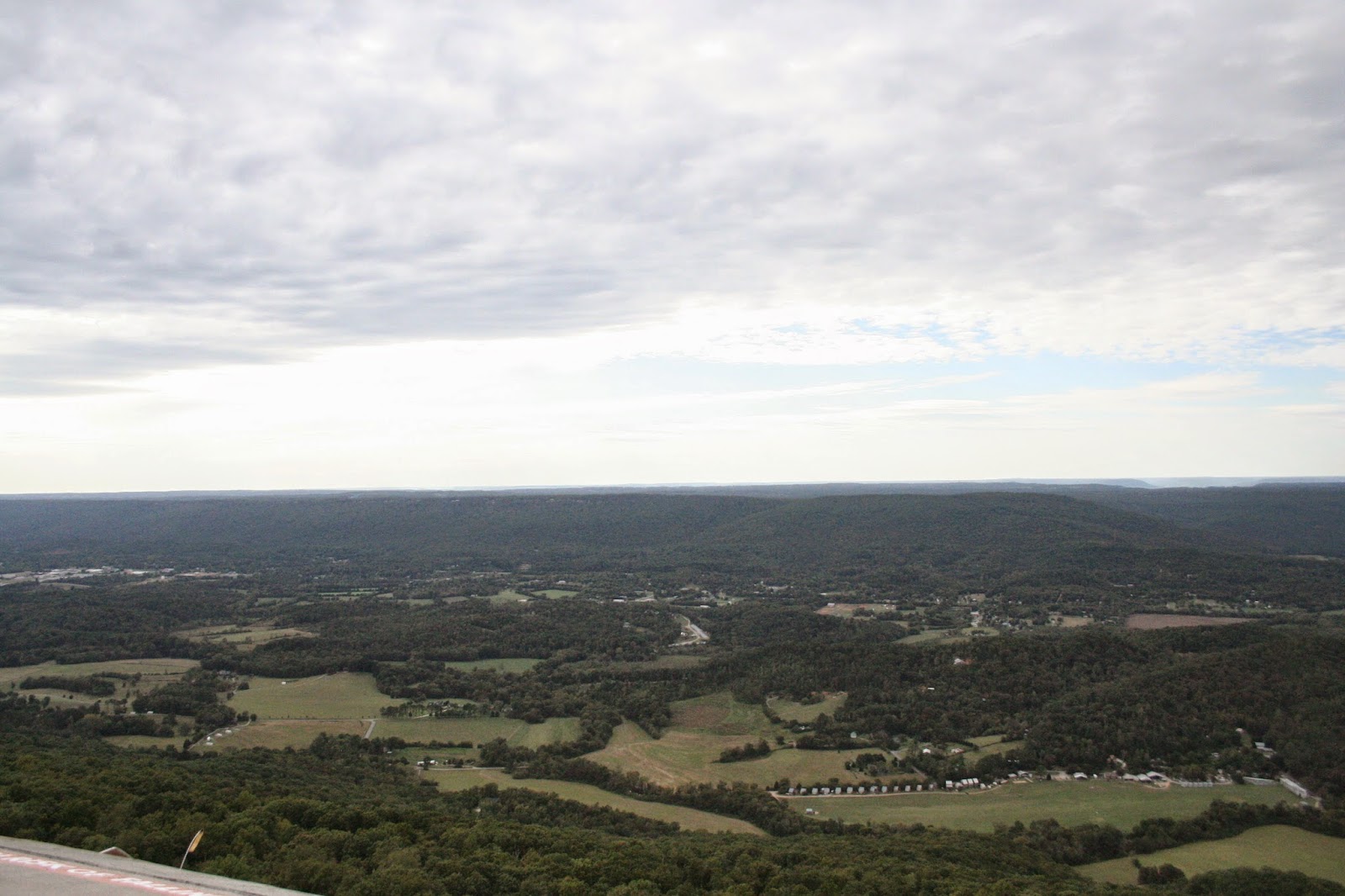 At one point we stopped at a parasailing launch site.  It was the most breathtaking thing I have ever seen.  You could see for miles! 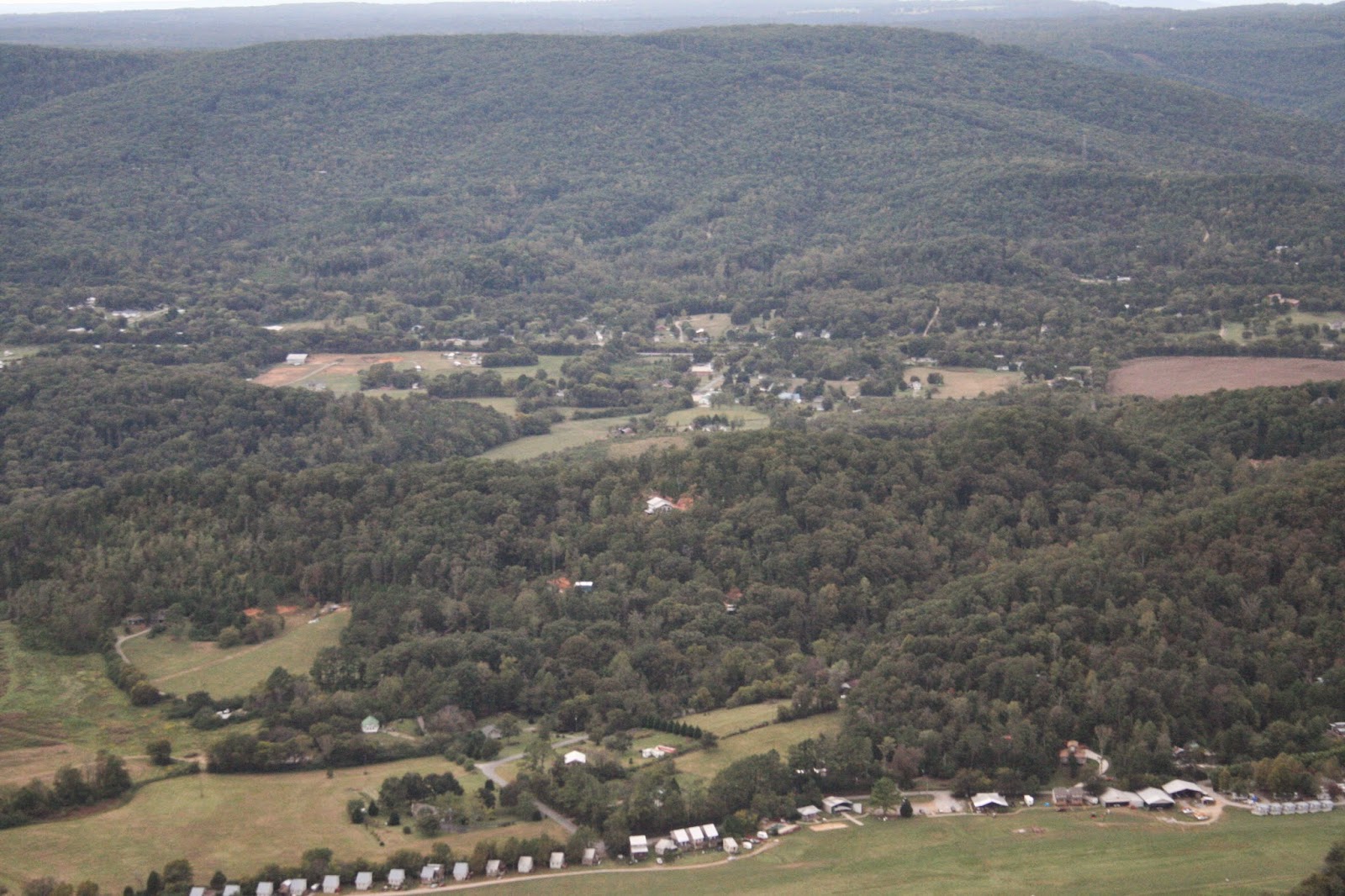 And for the record, if I didn't have two babies who need me alive to care for them, I would have totally signed up to jump off the mountain and go parasailing! 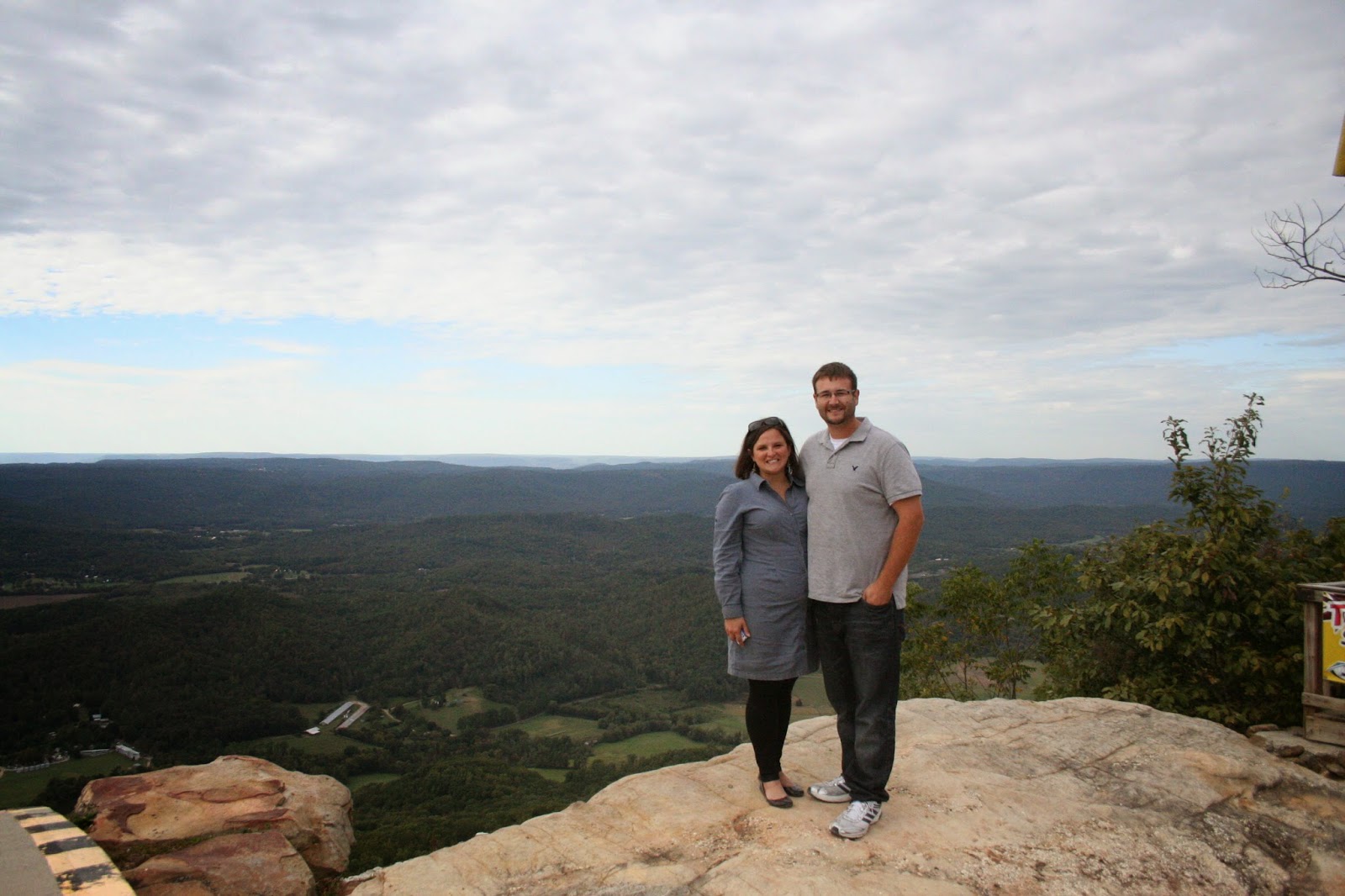 I nice older couple touring with friends offered to take our picture.  They said we could see three states from our point of view, Alabama, Georgia and Tennessee.  I'm not sure of it's true, but it makes for a great story! 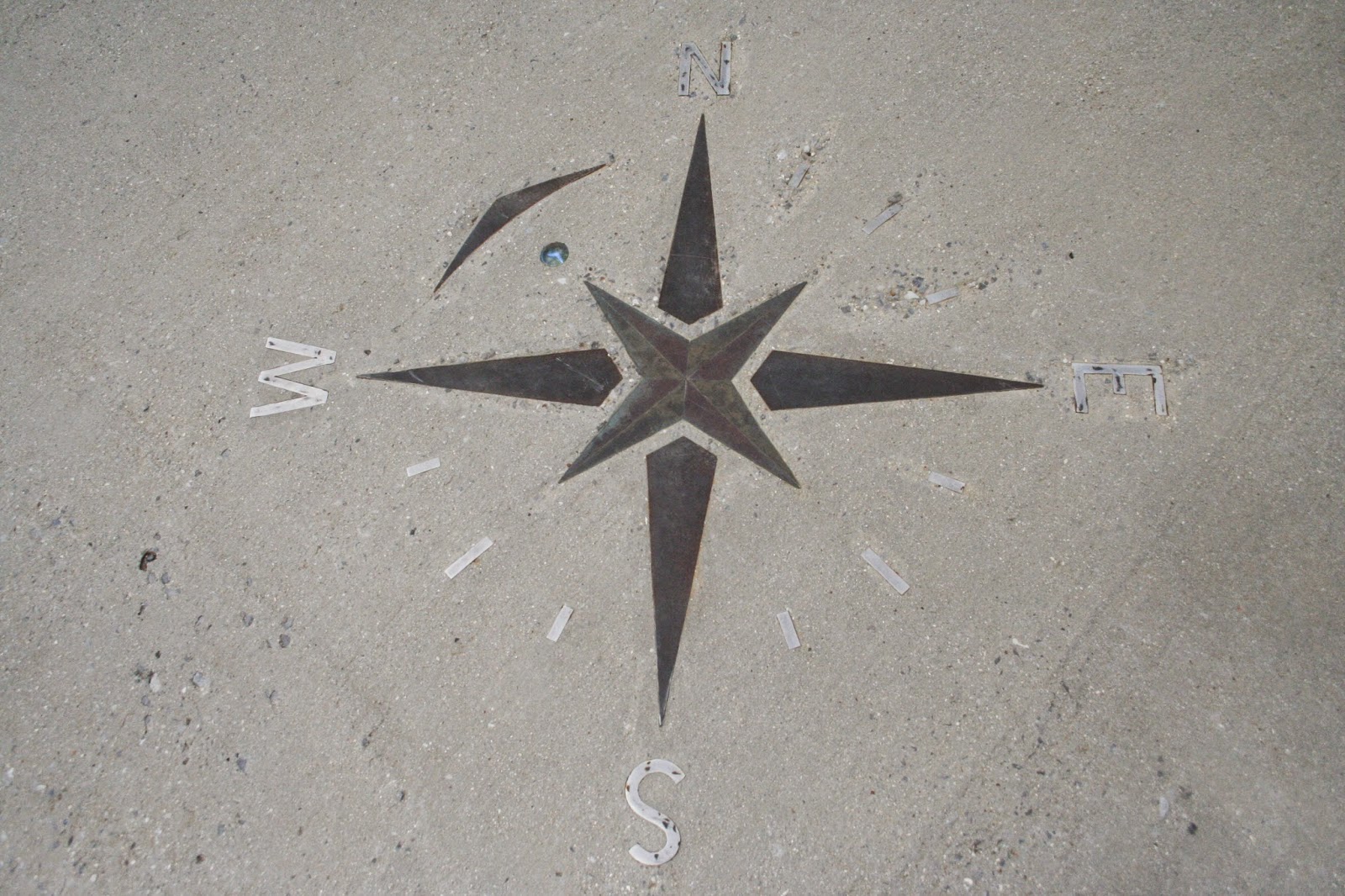 We ended up driving to another state park for a few more photos before heading down the mountain to dinner at a local steakhouse.  Although, I can't remember the name of it to save my life! We had to leave bright and early the next morning, but I am so grateful for the time we had together.  We are already planning for next year!