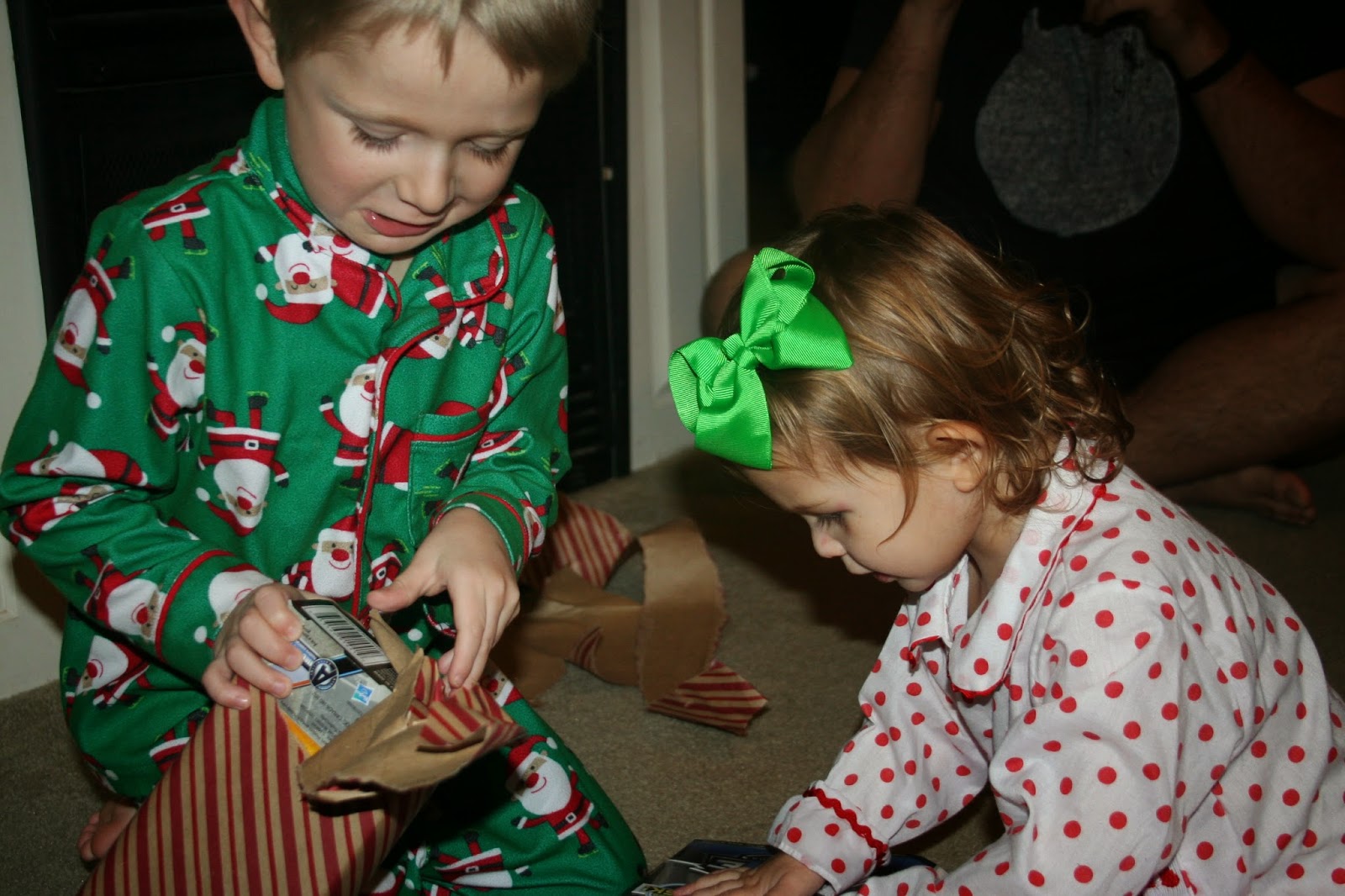 Christmas Eve was simply magical.  It's my favorite day of the whole year, and it did not disappoint.  The kids slept fairly late, so we skipped breakfast and headed to Glasgow for lunch and grocery shopping. 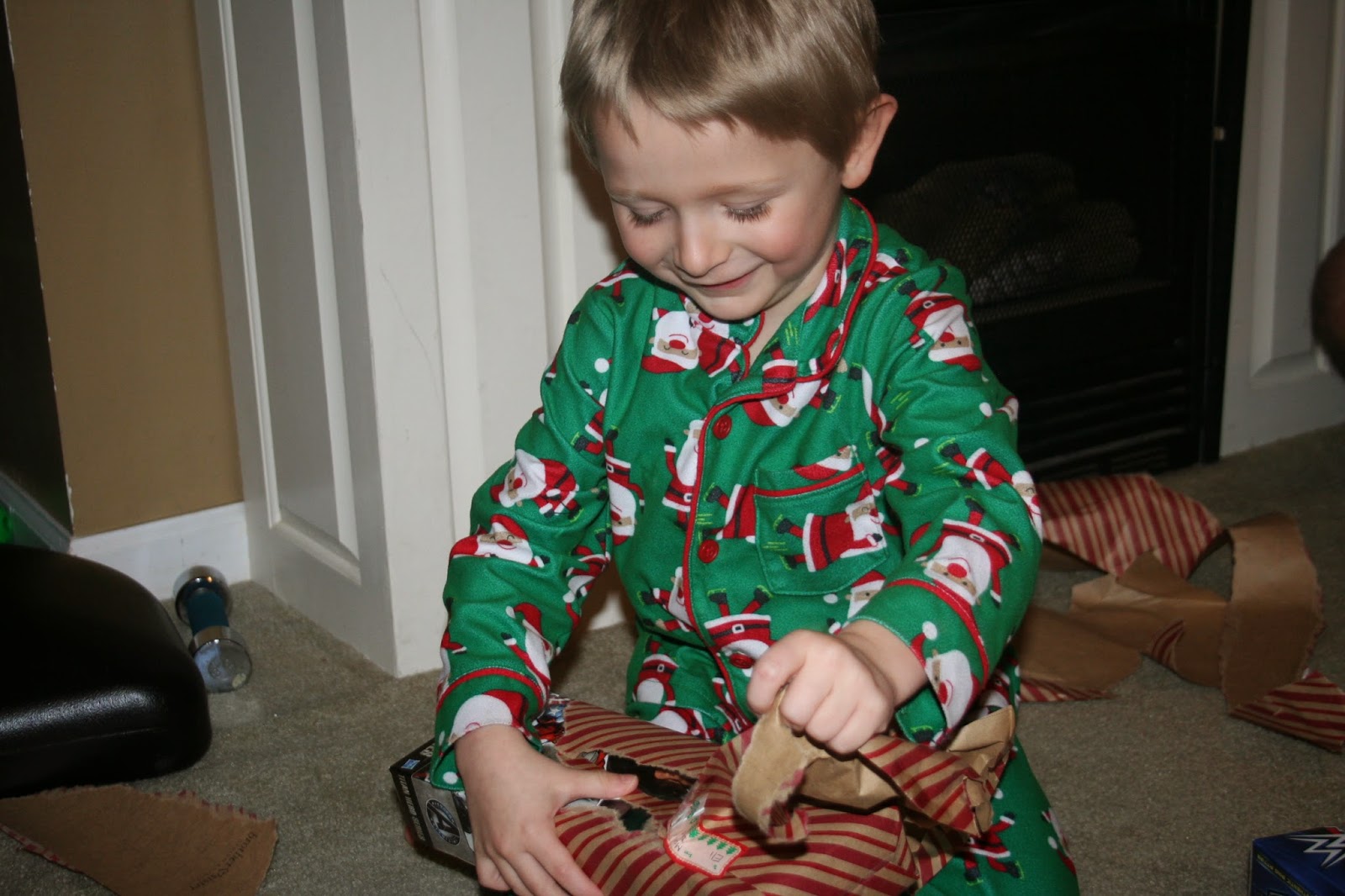 We ate at Gondolier and then went grocery shopping.  When we made it back home, we played with kids, read our email videos from Santa, and spent some time as a family.  At some point we realized that we didn't have stocking stuffers, so I went back to town to load up on goodies. 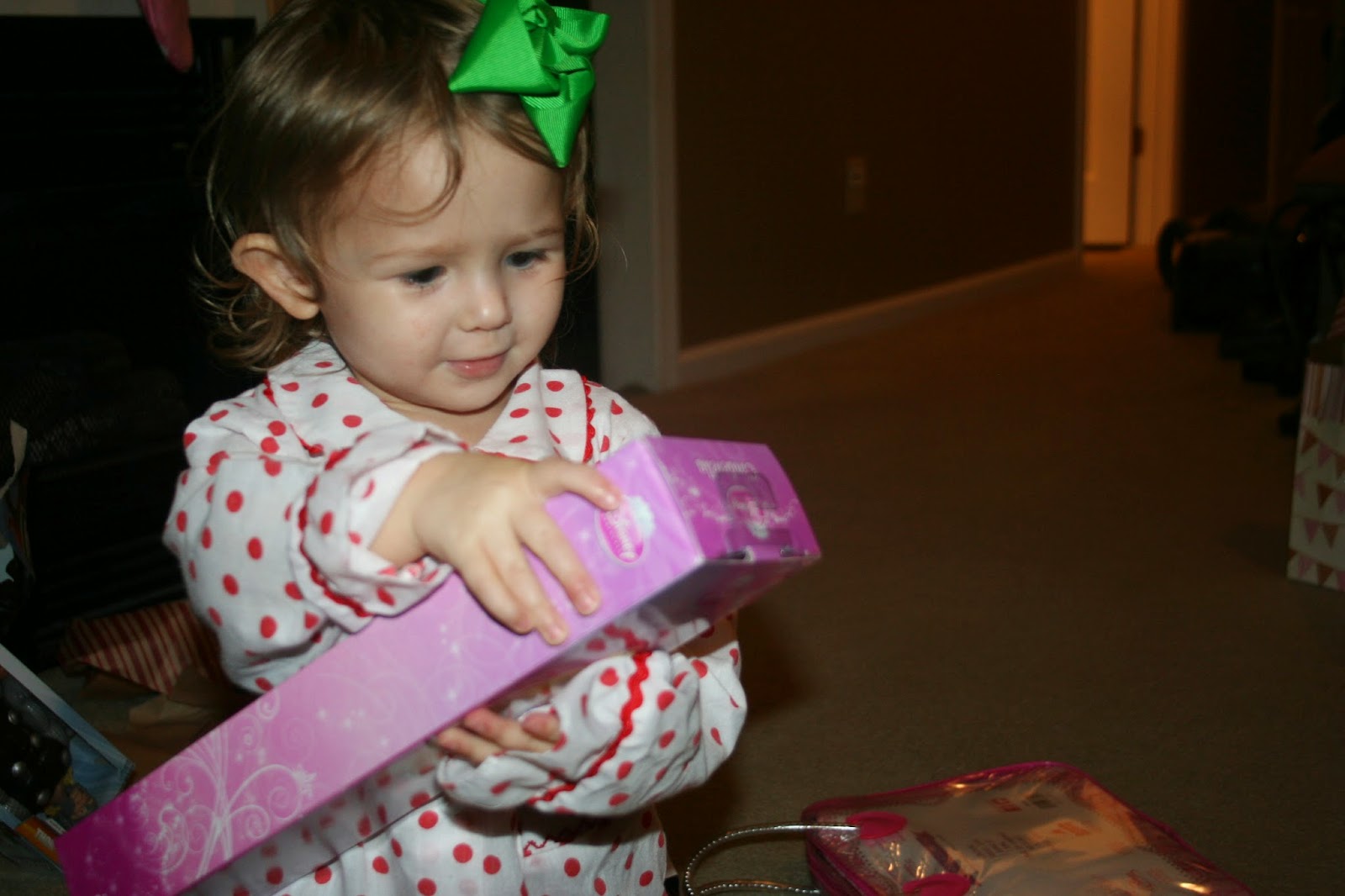 Once I made it back, we ate a quick dinner, took baths, and opened our presents to each other.  Eli bought me a necklace which I helped pick out and wrap. Ha!  Ellie got me the matching earrings.  They went in together (with money I gave them) to give Eric a Blue ray player.   It's one he picked out on black Friday, so no surprise there. 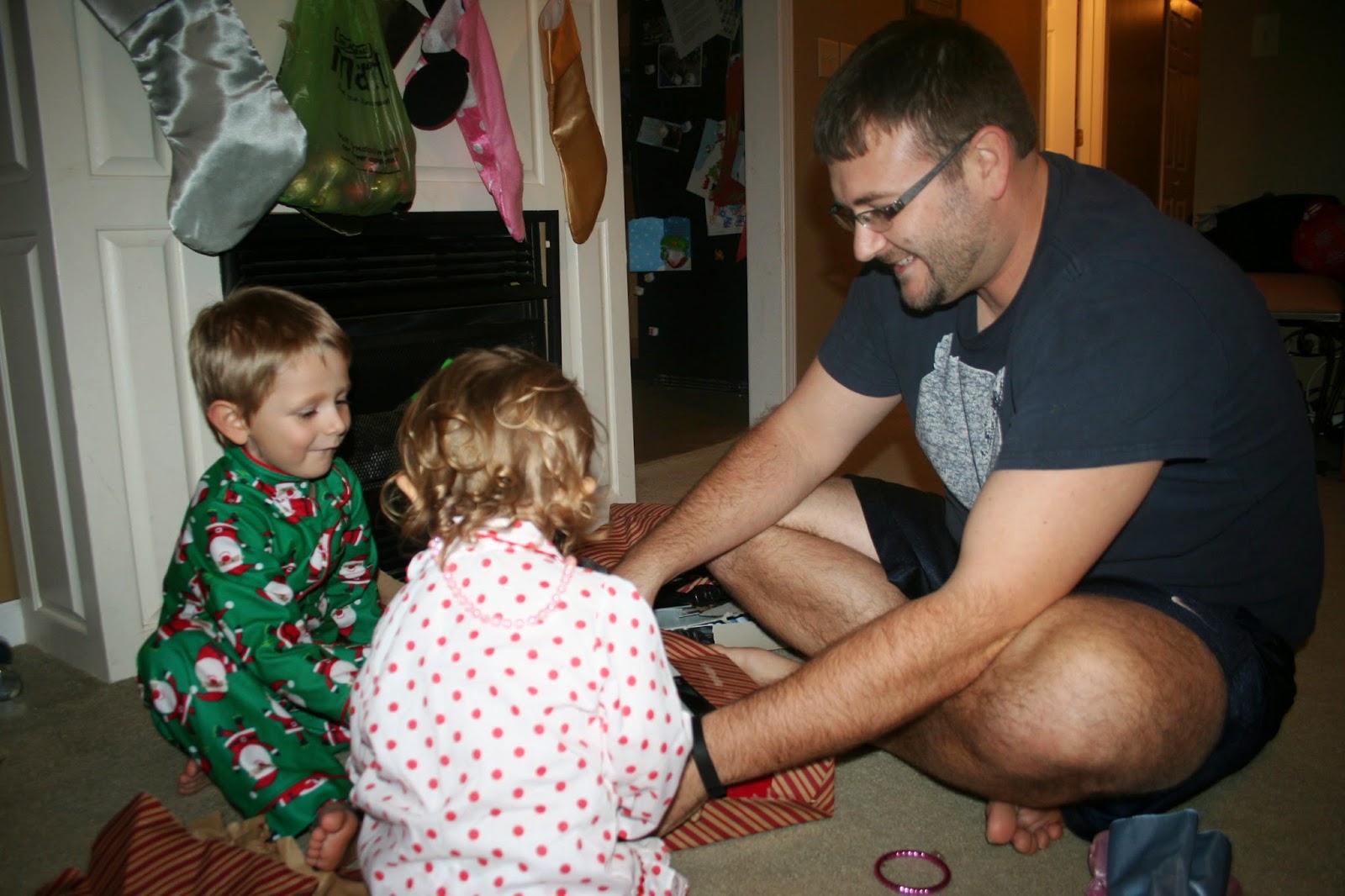 Eli got a Thor action figure from Mommy and Daddy, and Ellie gave him a Cane wrestler which ended up being favorite gift! 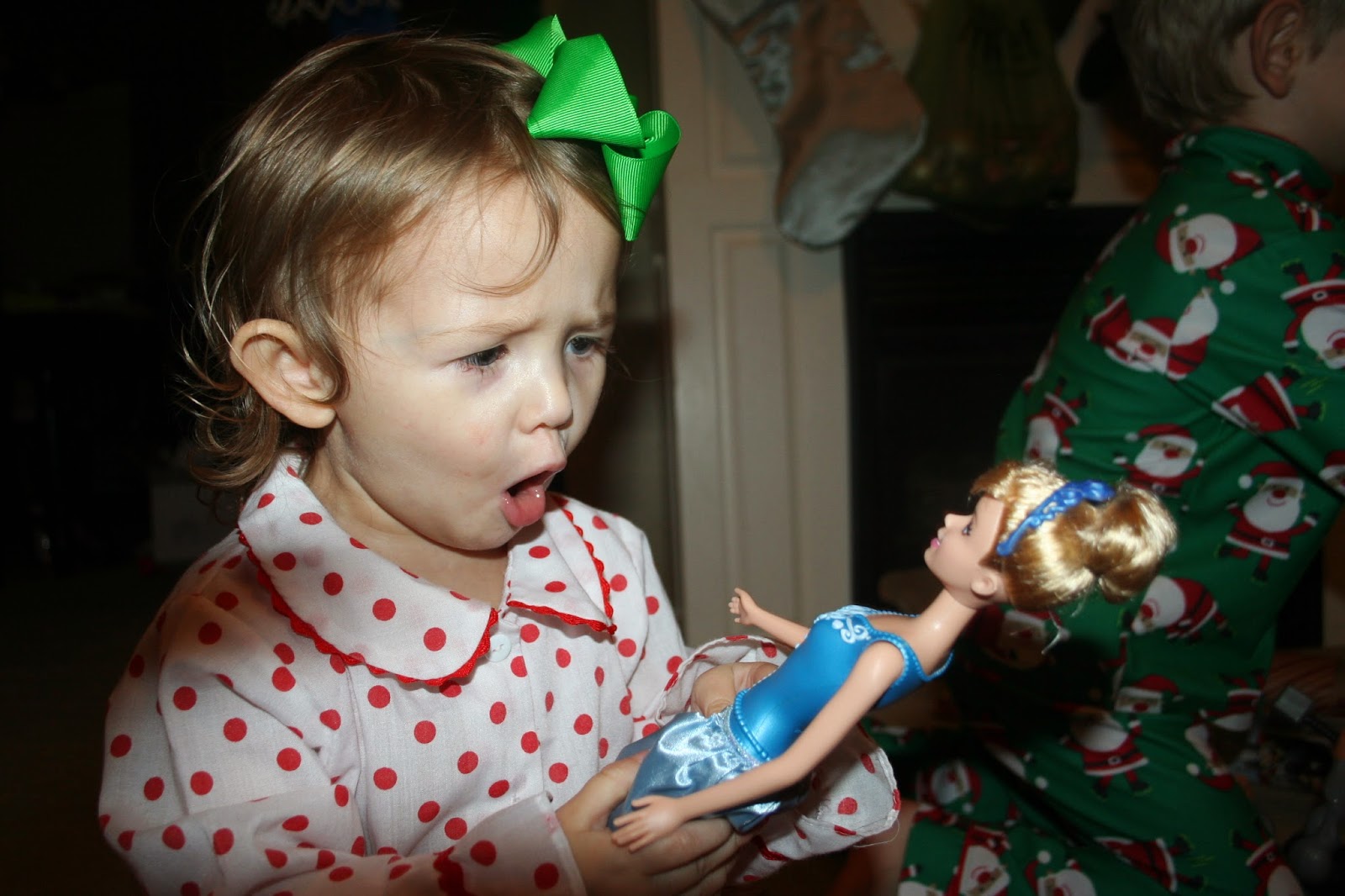 Eli gave Ellie a dress-up set, and we bought her a Barbie doll.  As you can see, it was winner!  Ya'll, this is hands down my favorite picture of all time.  She was stinkin' excited. 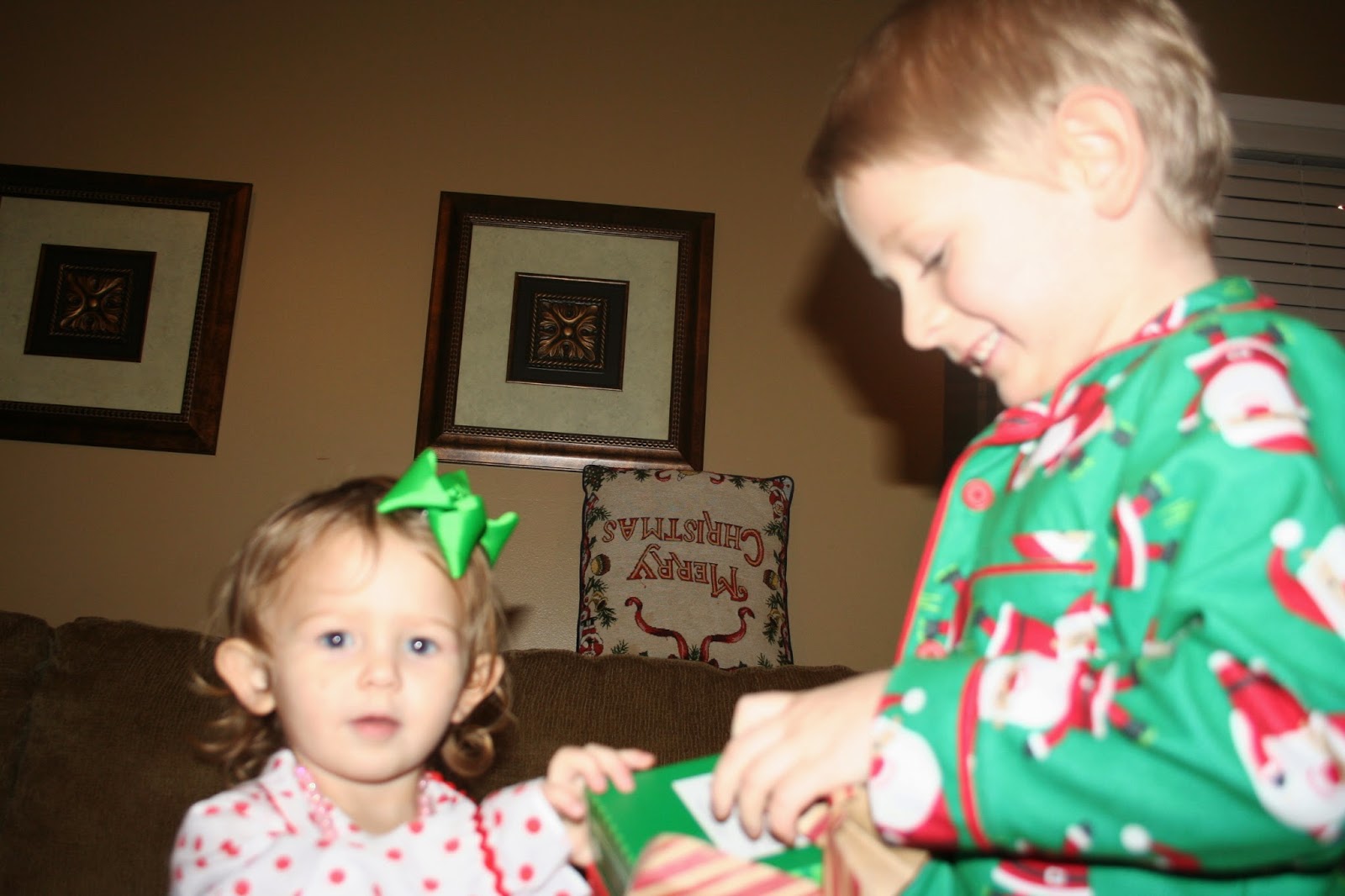 After opening the presents, we let the kids play for a few minutes before wrapping up the bedtime routine and getting ready for Santa. 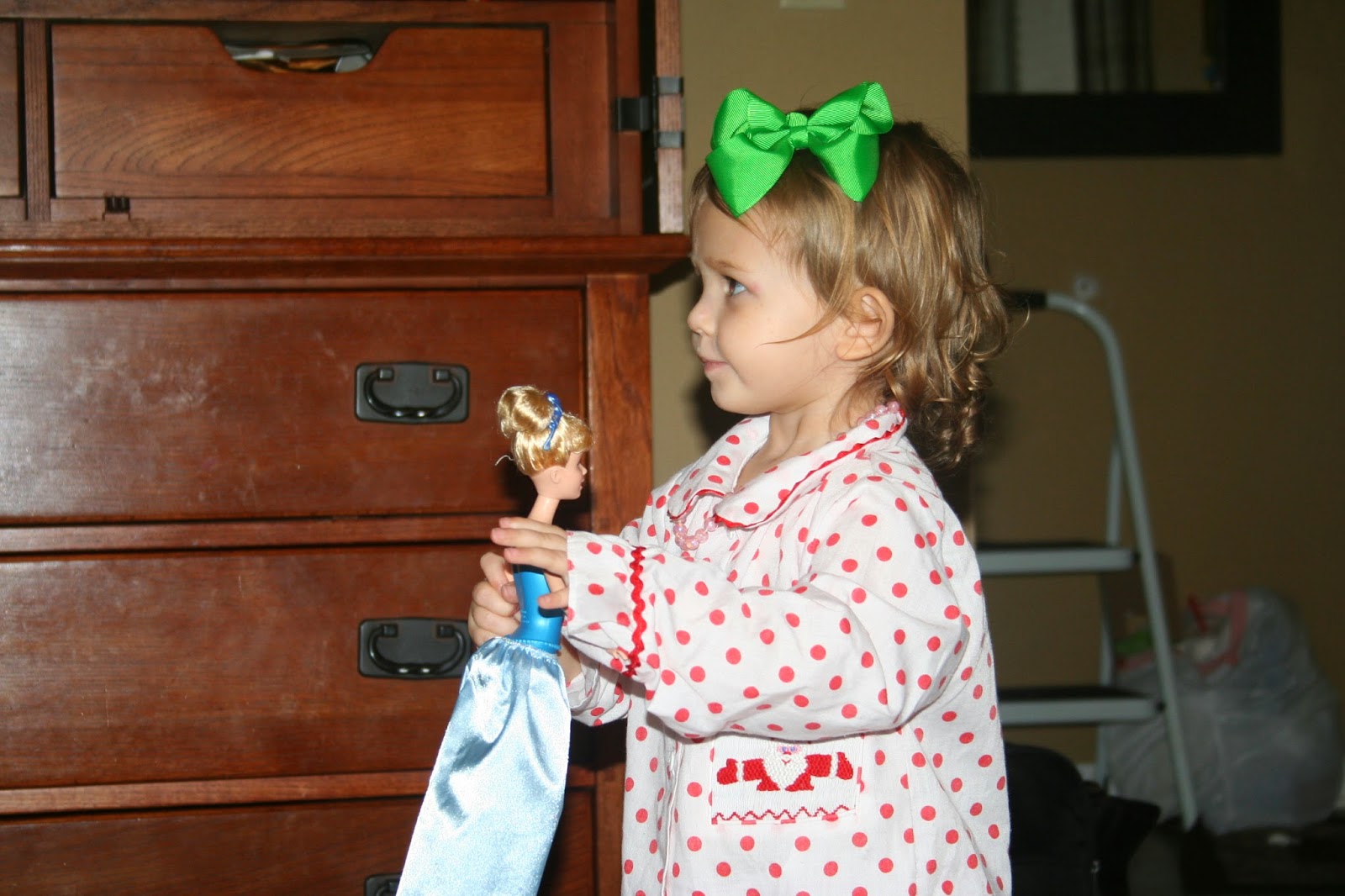 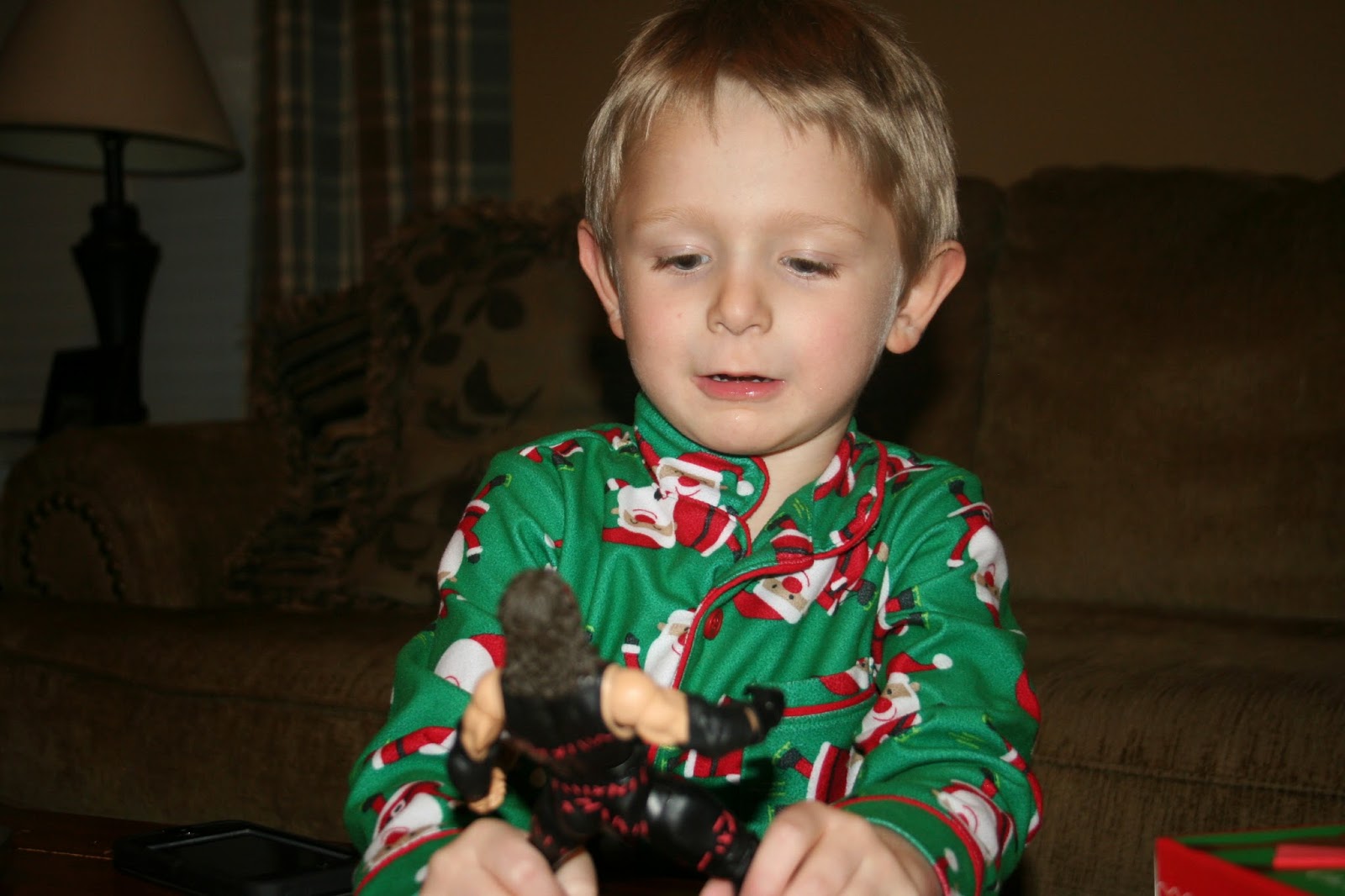 Of course, we had to take some obligatory pictures in front of the tree. 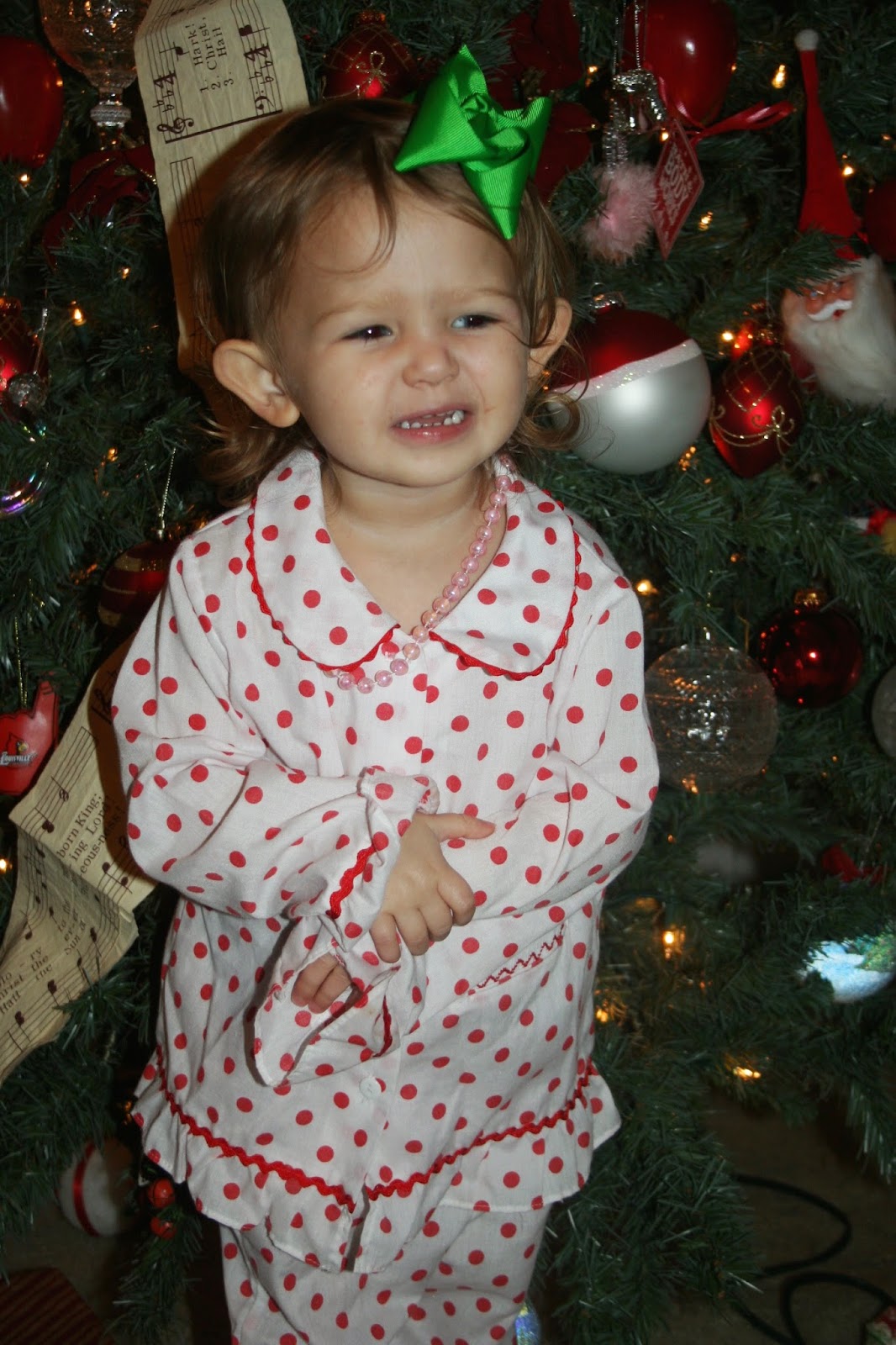 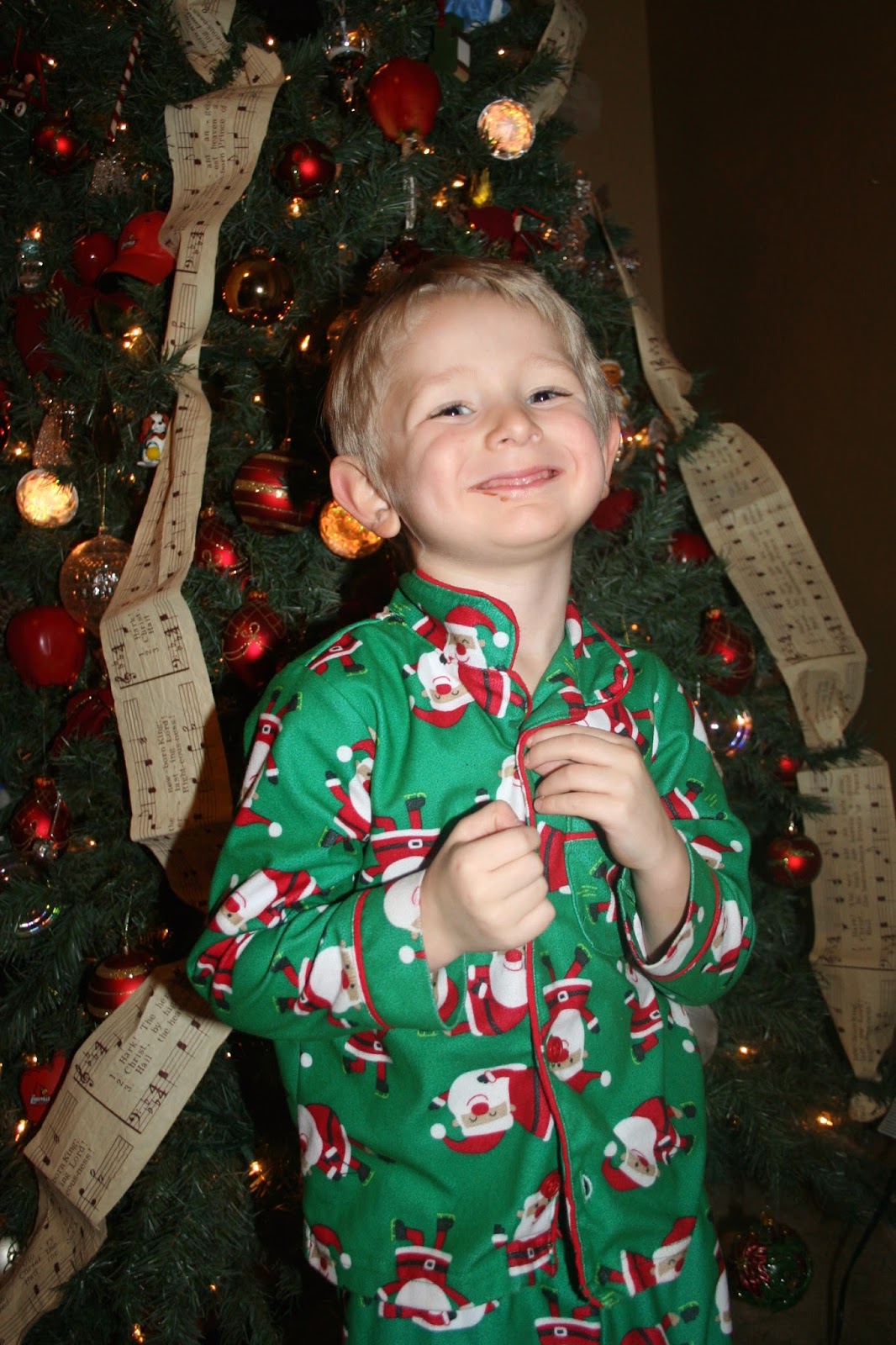 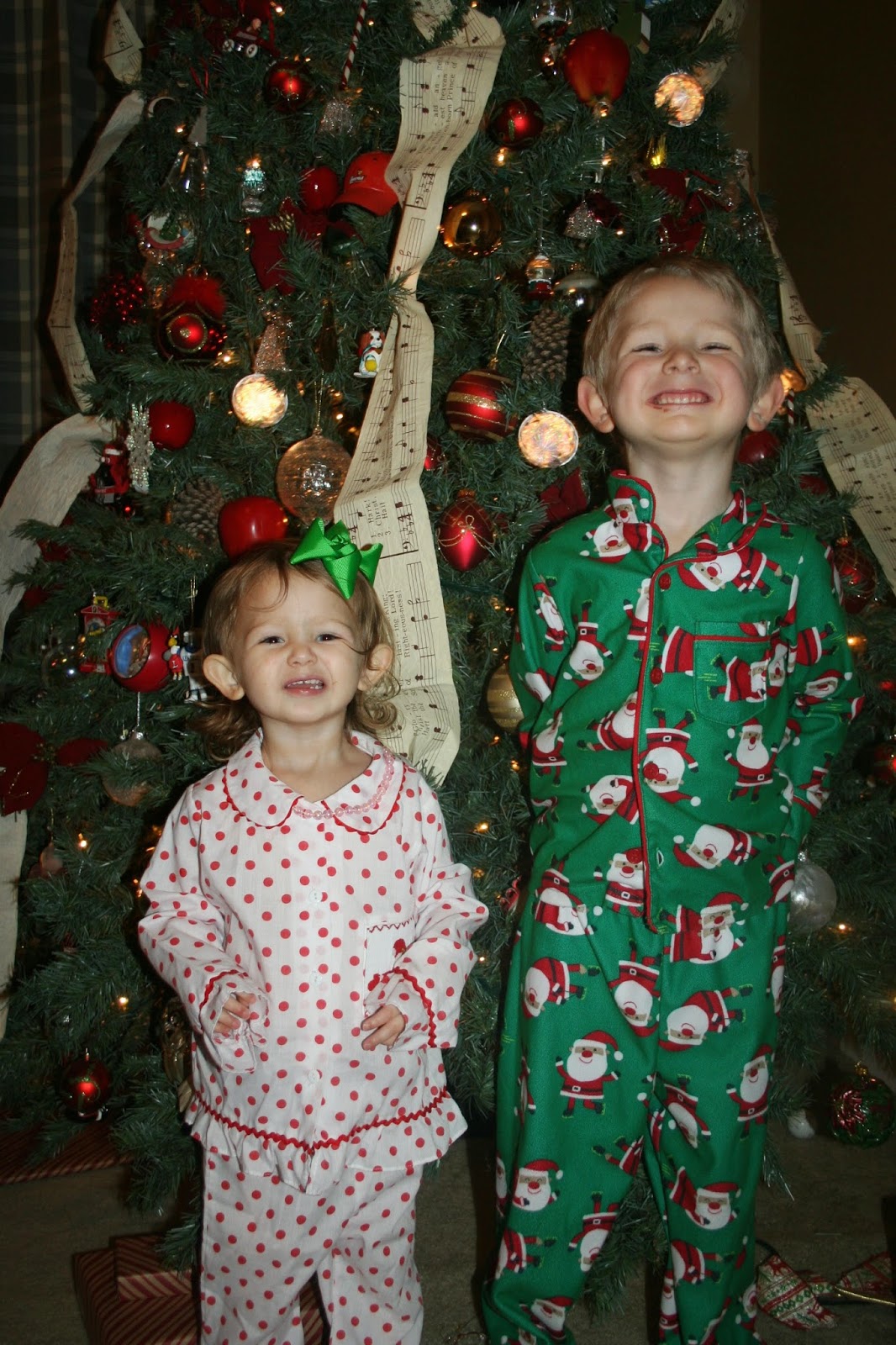 Next, we set out cookies and milk for Santa, and said our final goodbyes to Peyton Siva. 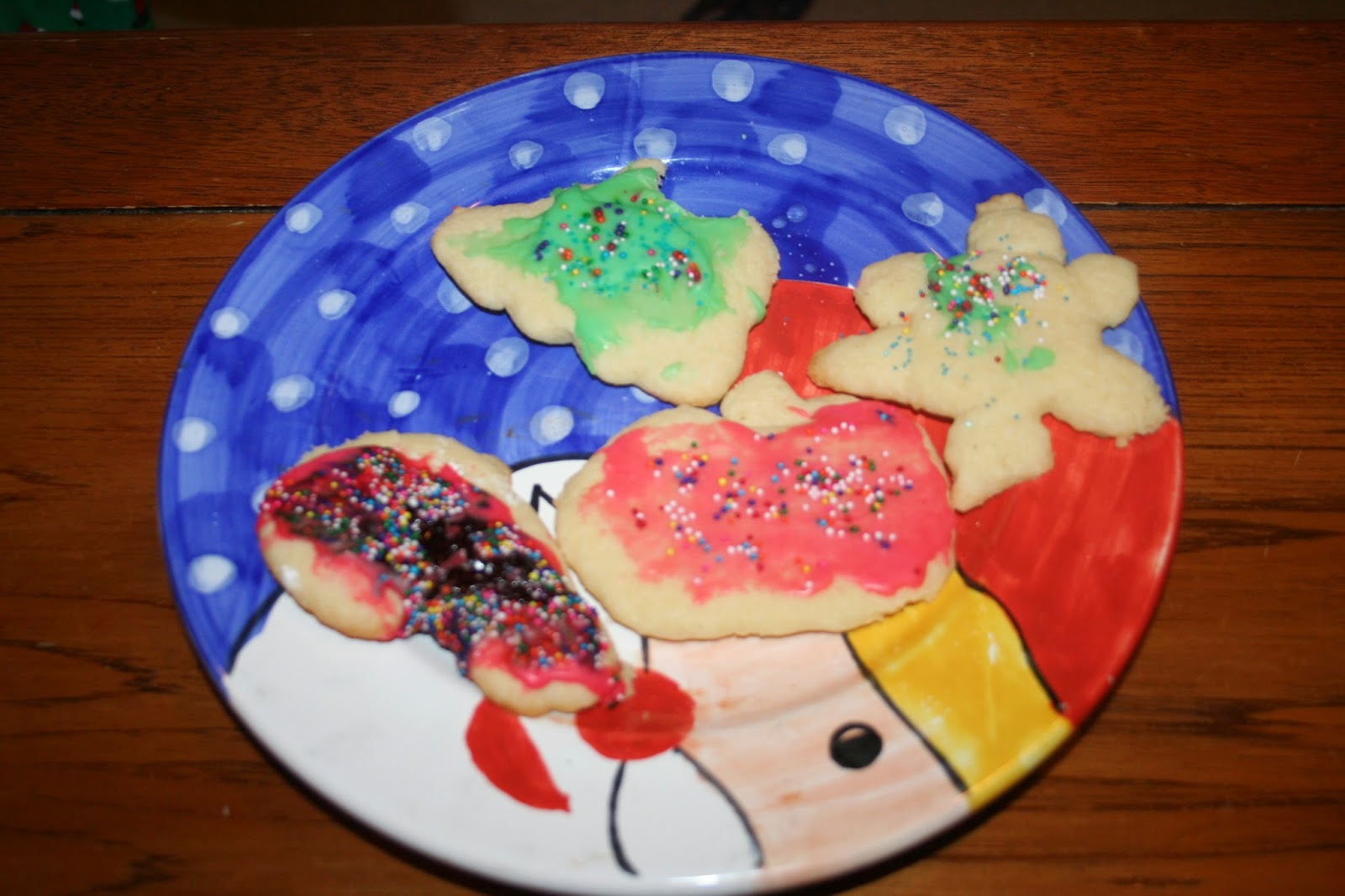 The last order of business was feeding the reindeer. 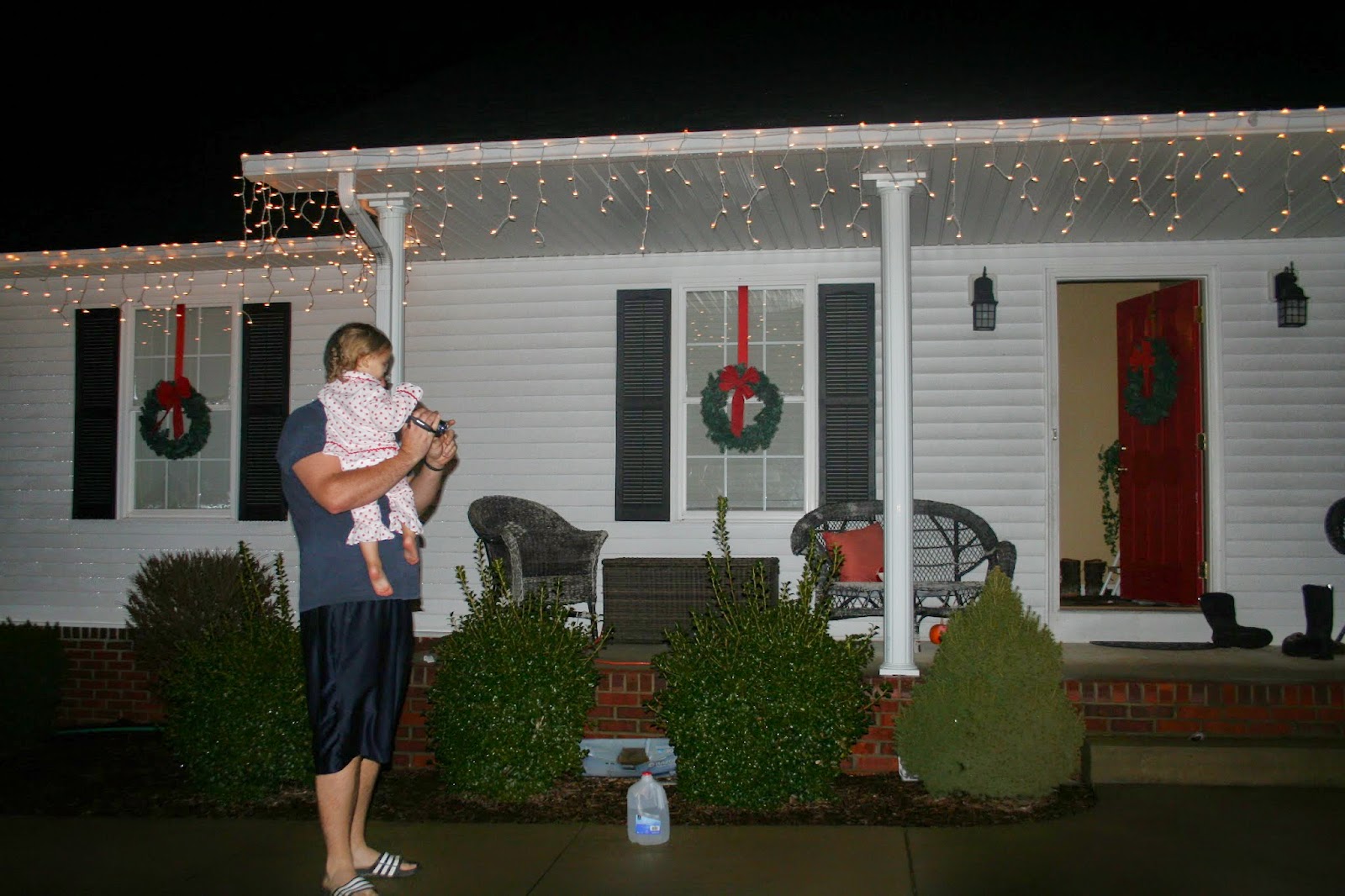 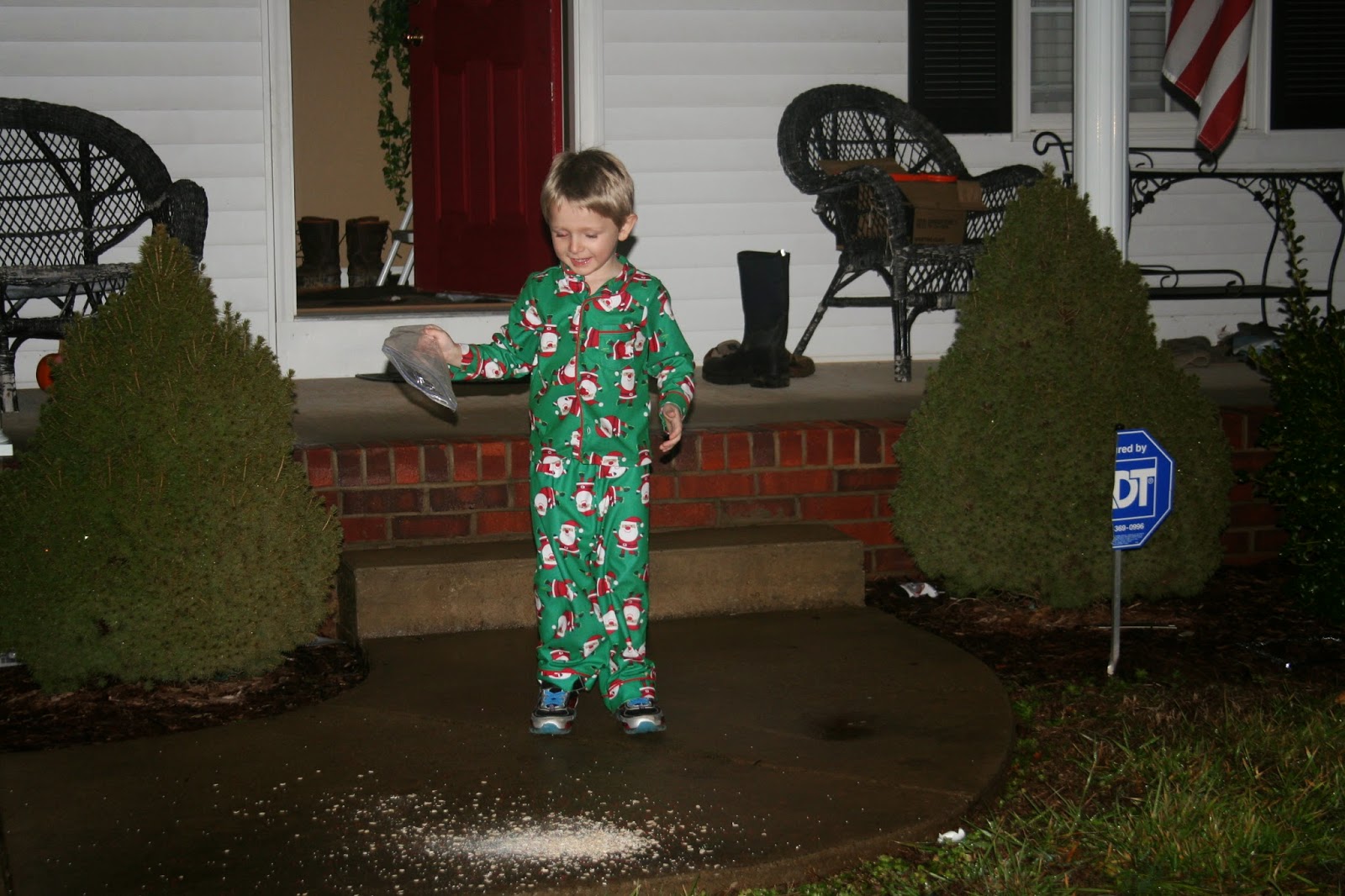 Back inside we snapped a few more pictures, and then it was time for Ellie to go to bed. 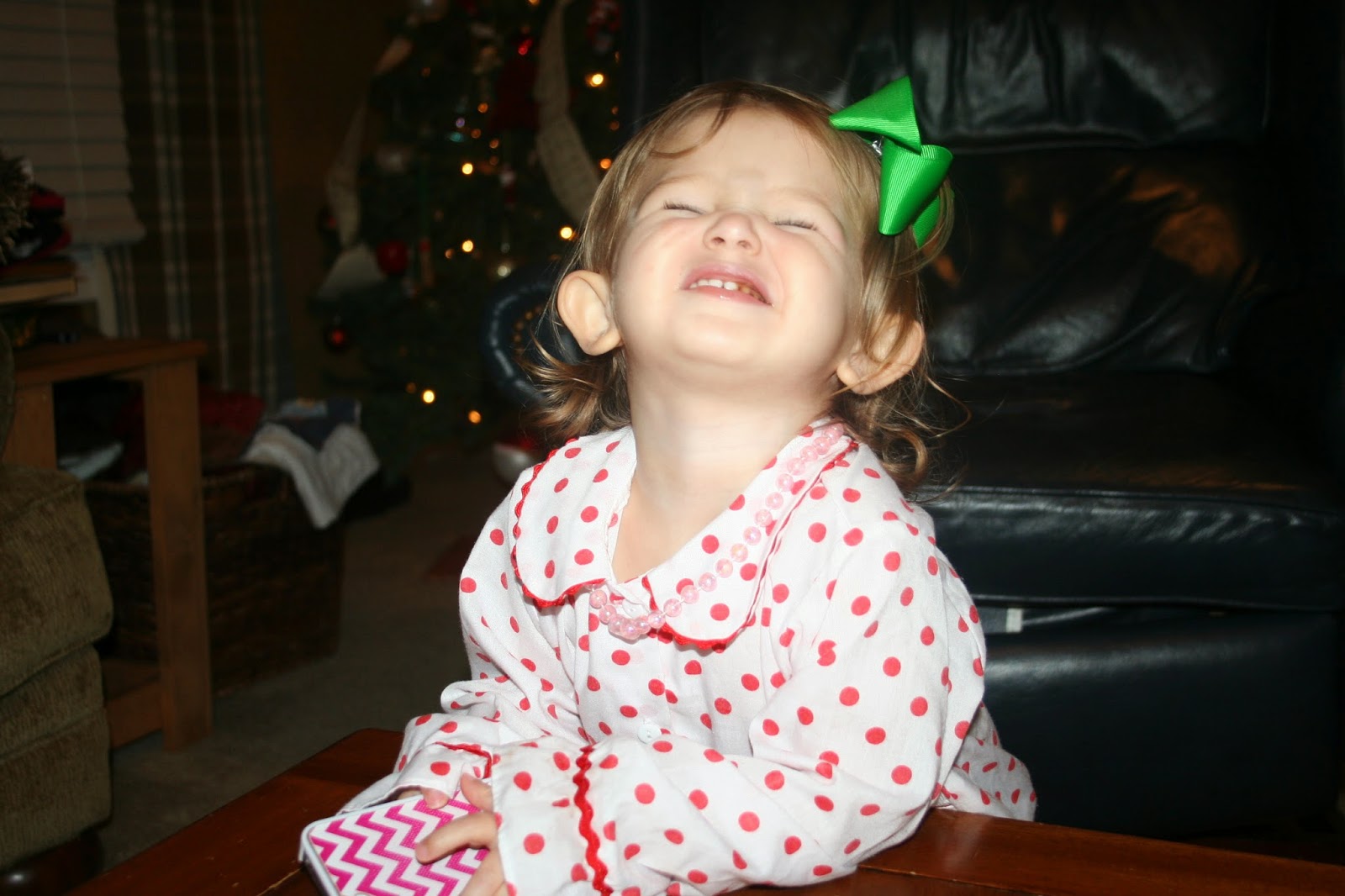 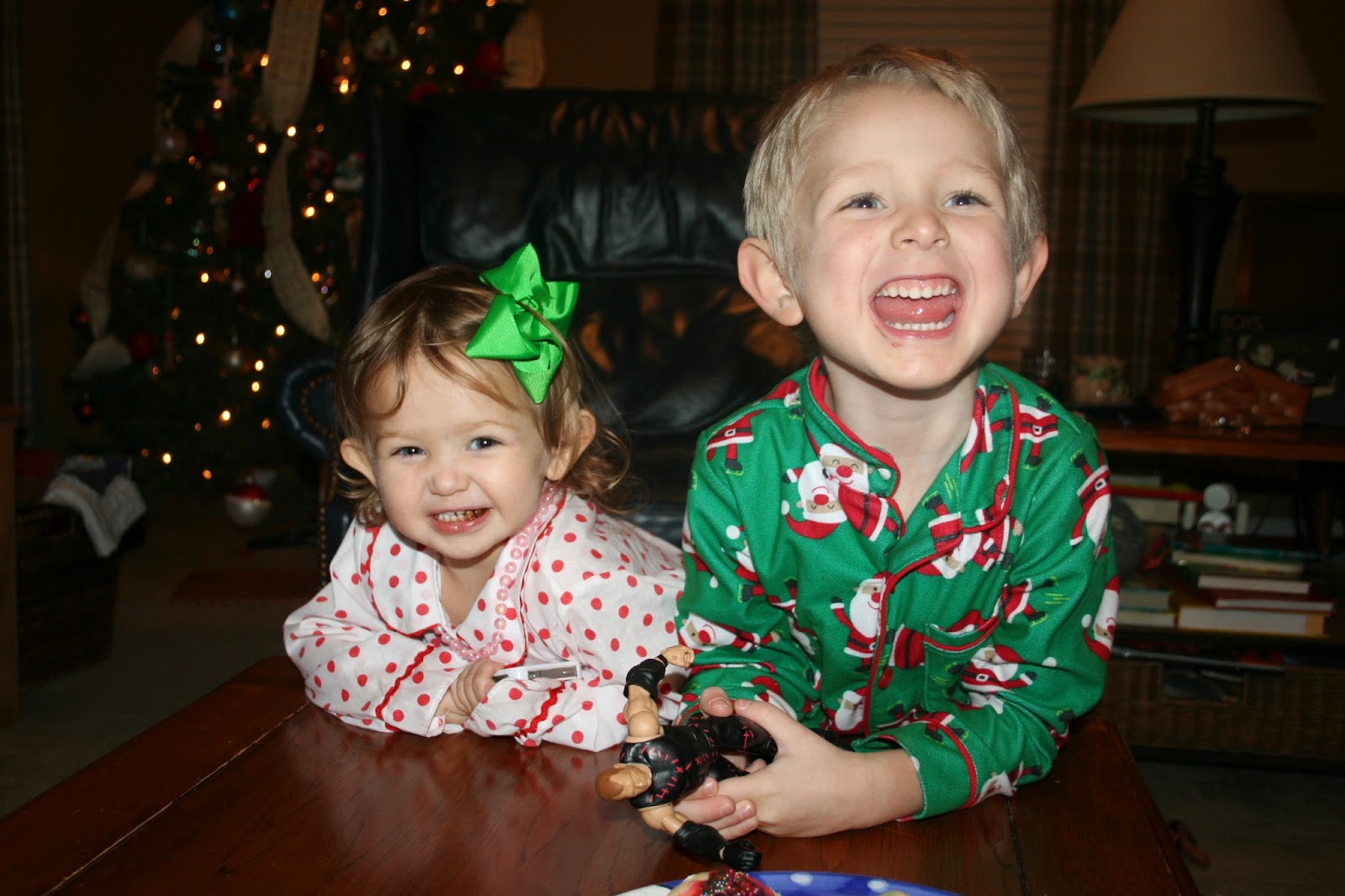 While I was rocking her, Eric helped Eli write his letter to Santa.  How precious is Kindergarten writing?  Good heavens, I love this! 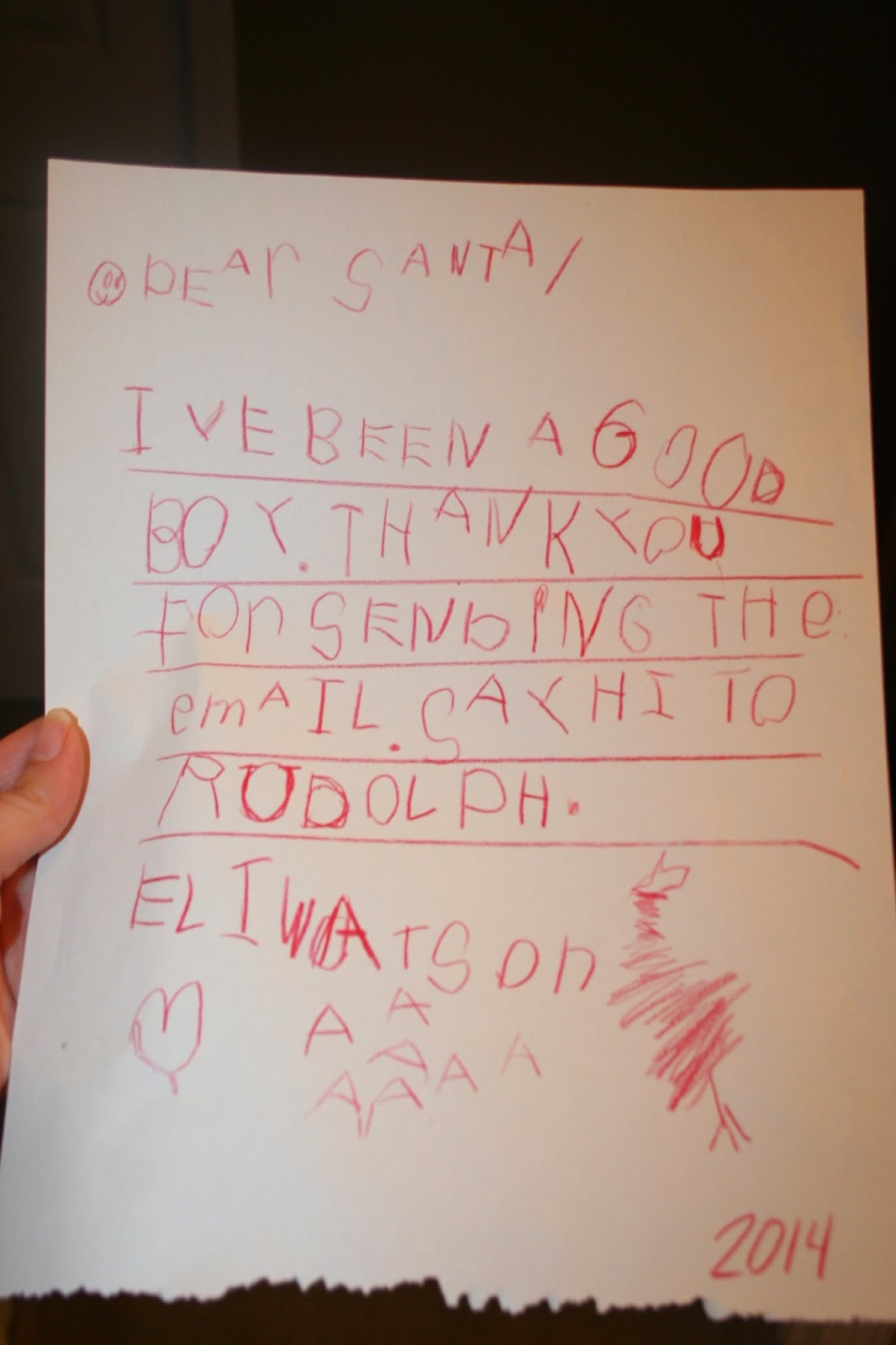 While we waited for the kids to fall asleep, we started watching Draft Day.  It was so, so good!  In fact, we couldn't stop watching it and got a late start on the whole Santa gig. 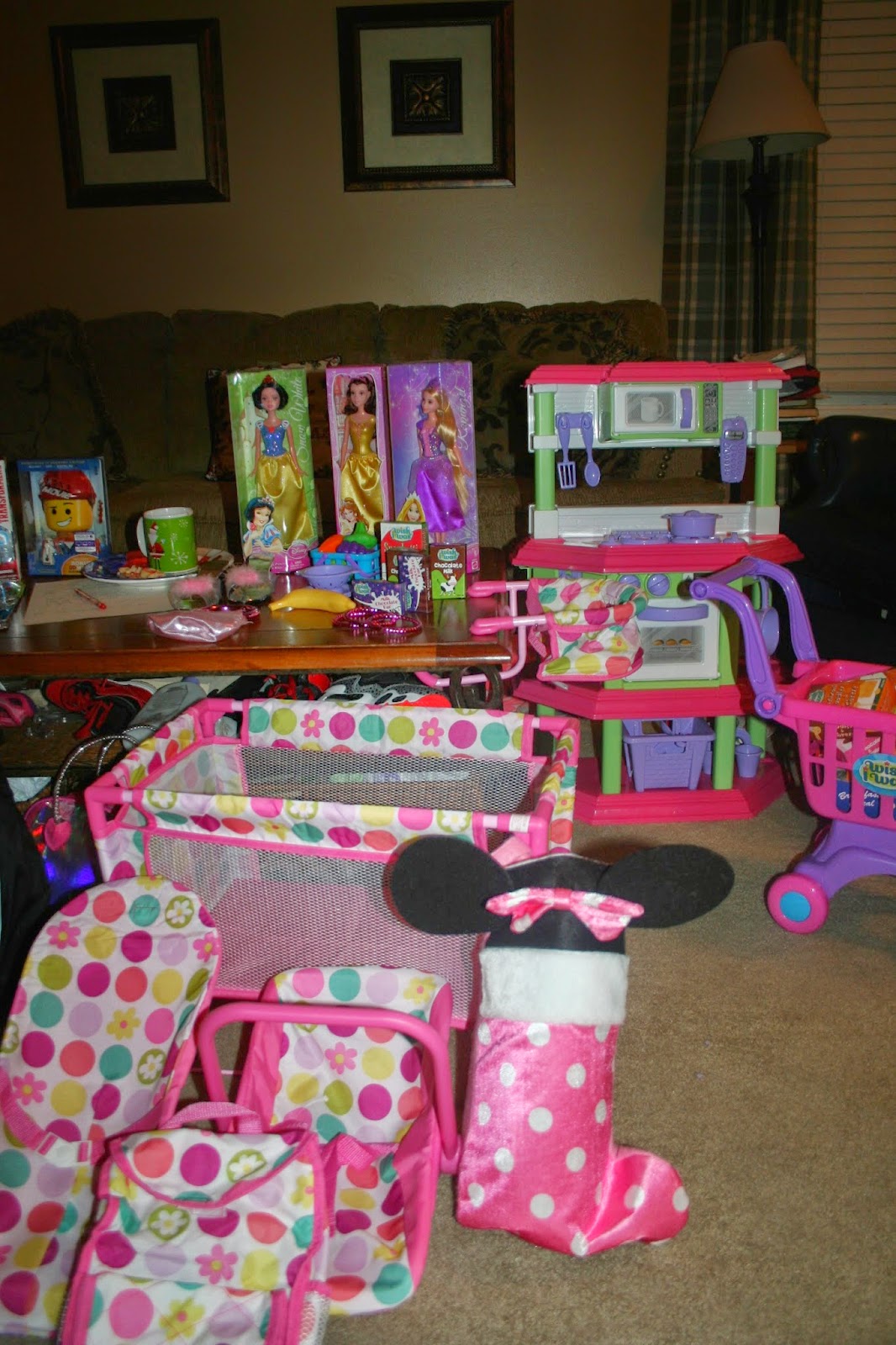 We had thought that Eli's bike would take the longest to put together, but we were wrong.  Ellie's kitchen set was a BEAST! 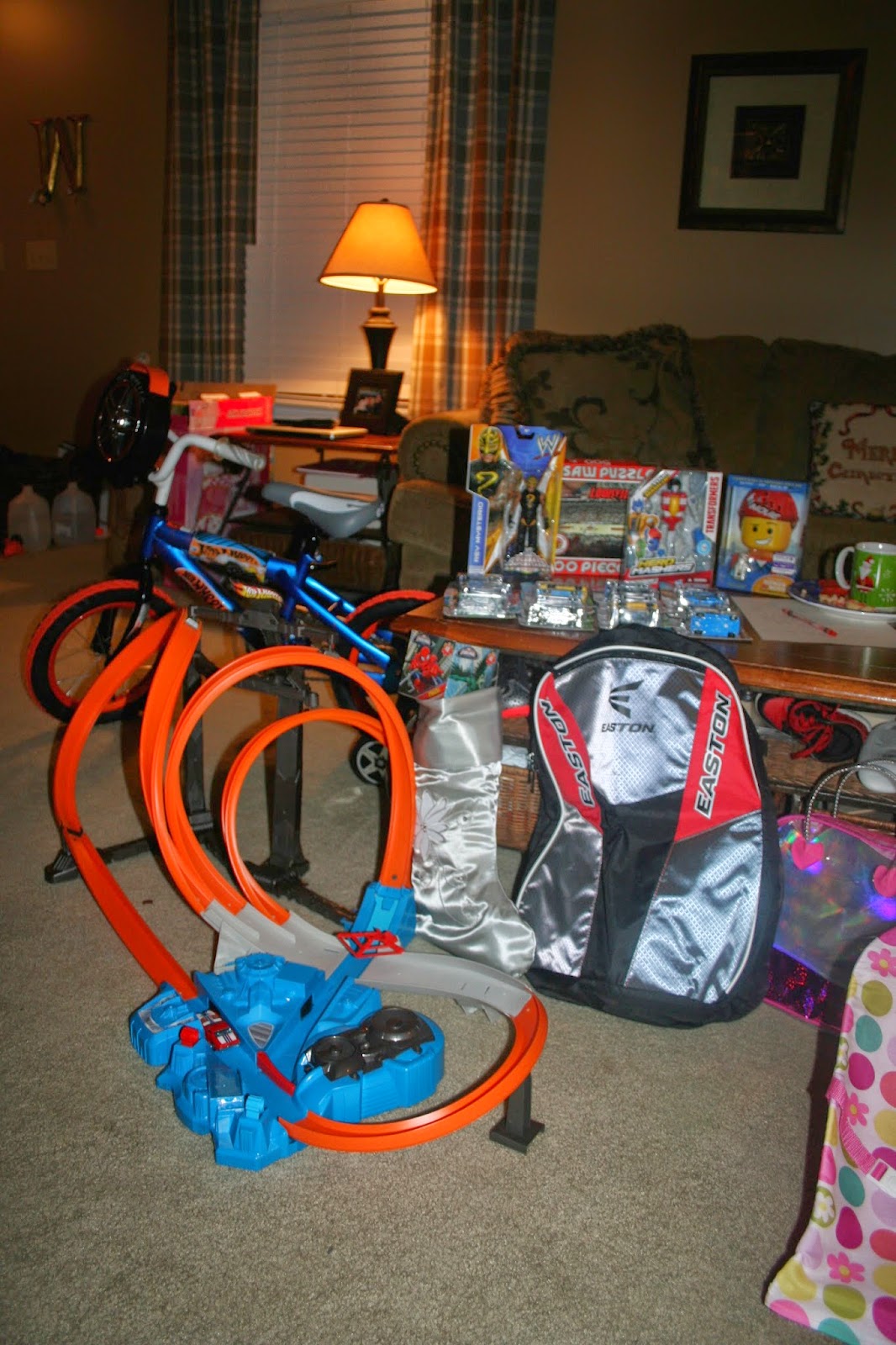 Just as we were about to head to bed, we realized that we didn't get batteries. So, off to town Eric went.  Several failed stops later, he finally found an open store. 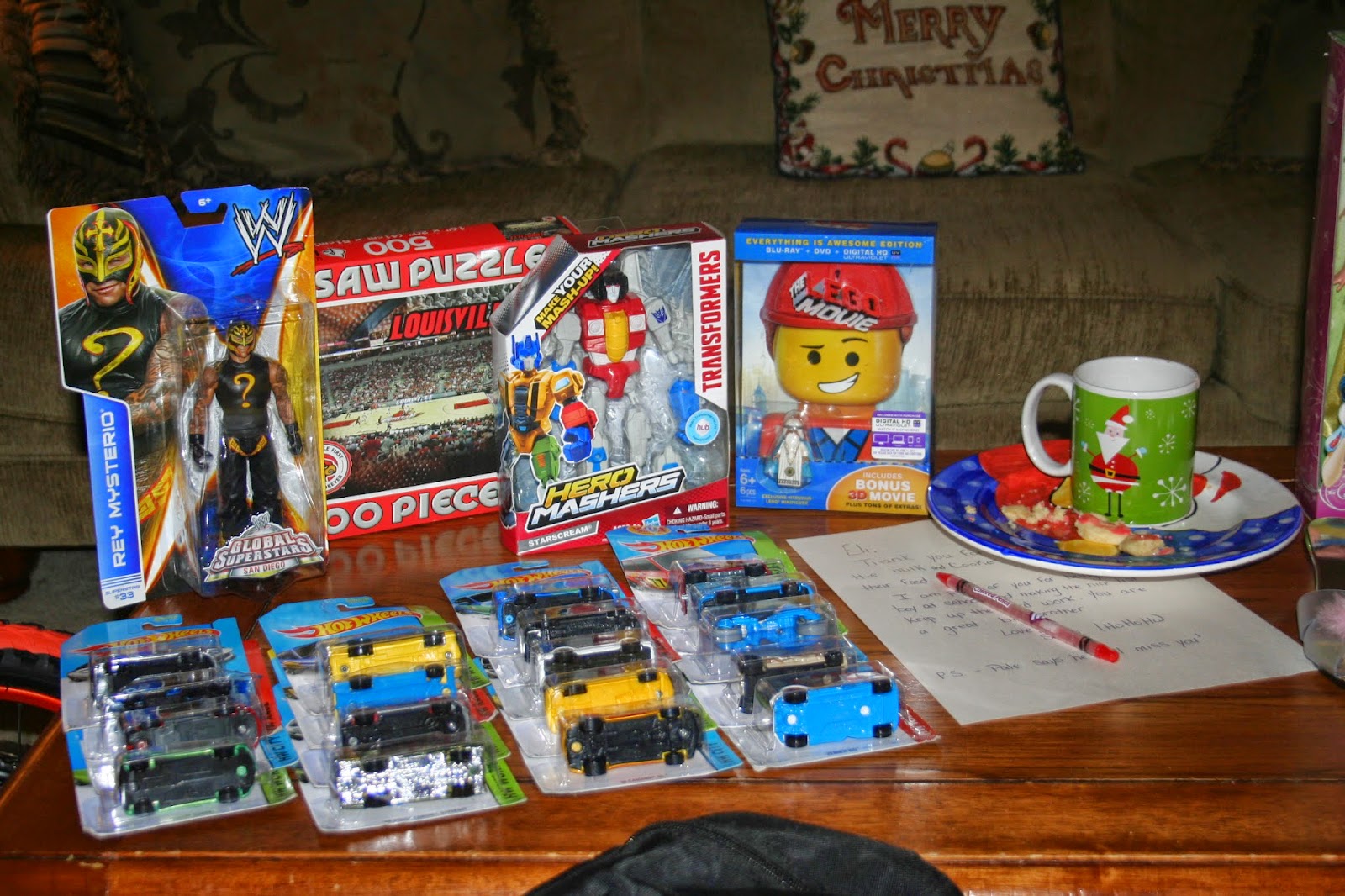 We collapsed into bed around 2:00 am, but it was worth every minute we stayed up past bedtime.  I never would have imagined that Christmas could be better than in it was in my childhood, but I can honestly say that being a parent at Christmas time is 100x better! 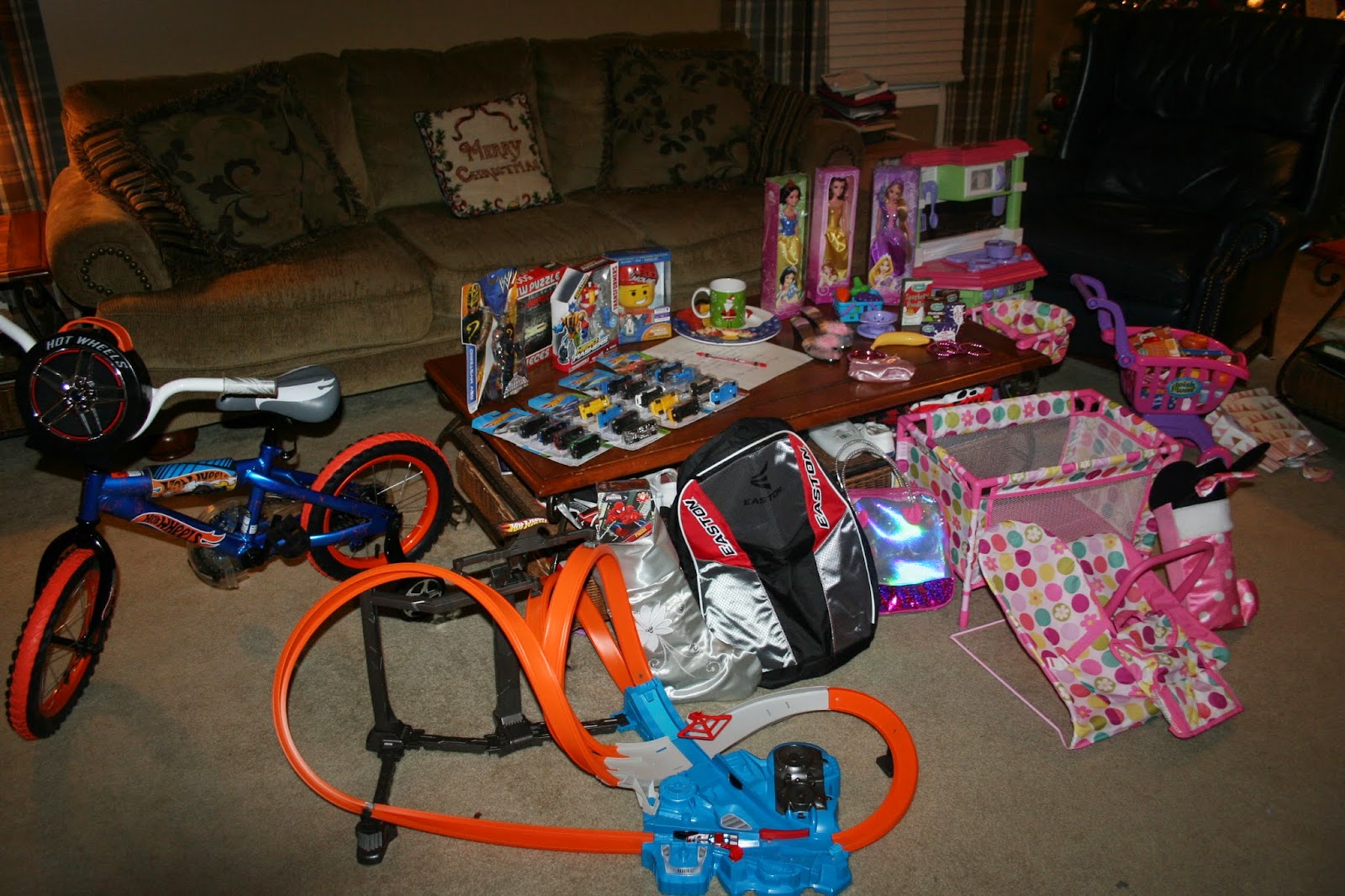