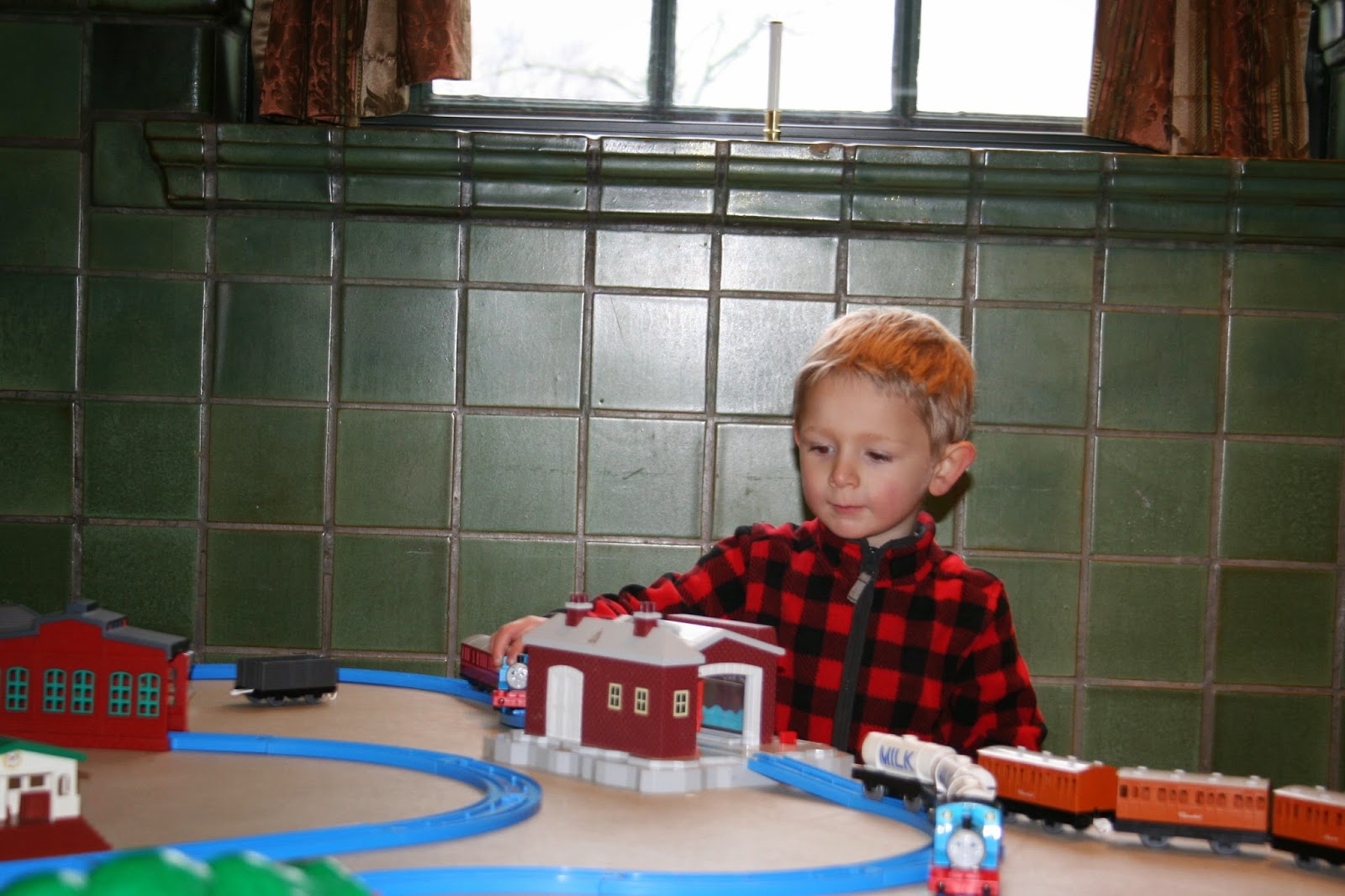 Stop two of our Saturday was Festival of Trains.  It's about a tenth of a mile from the Parade, so we headed straight for station before the crowd got thick.  It was a perfect chance for Eli to play with the sets before everyone else got there. 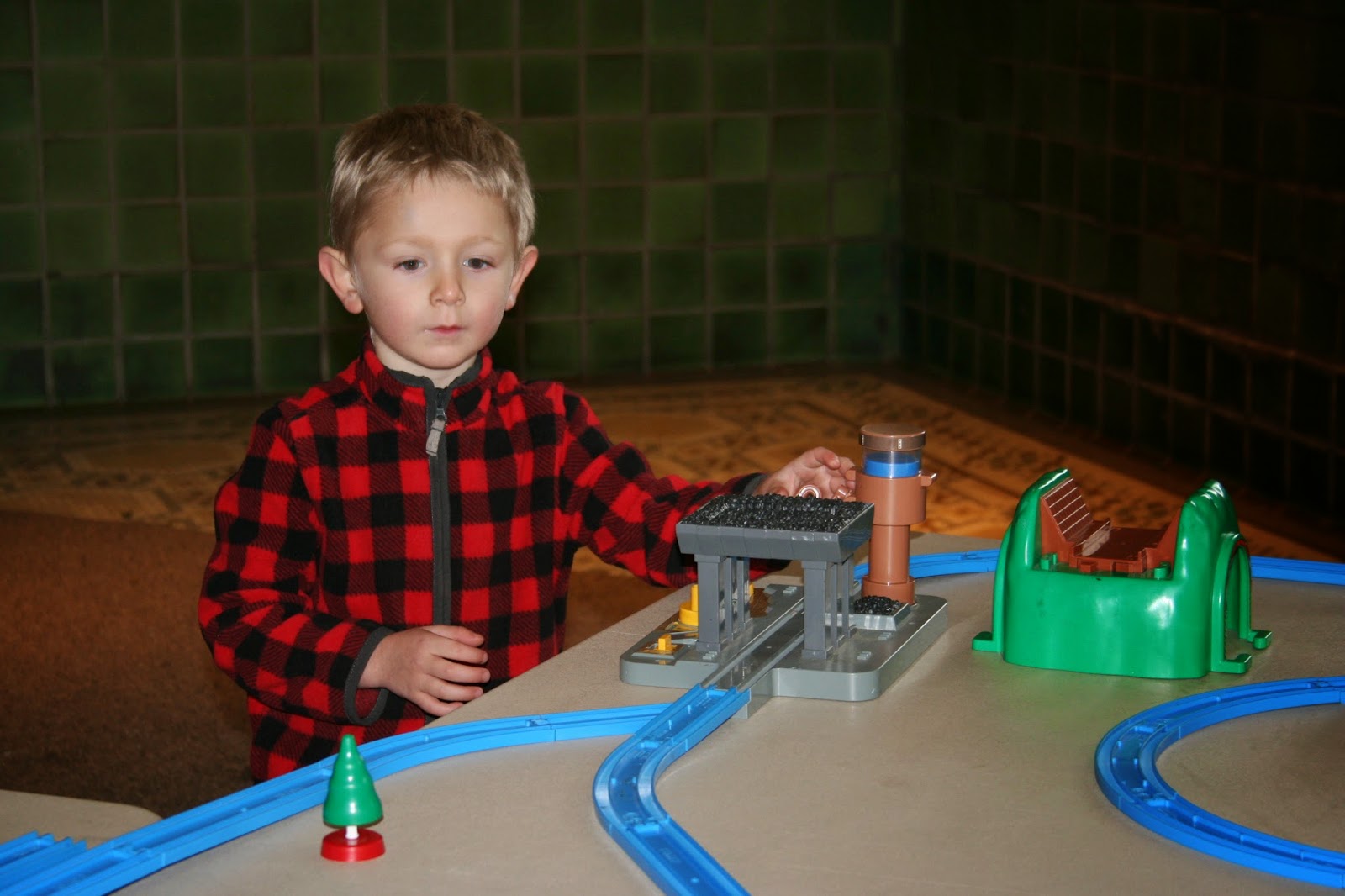 Ellie had not idea what was going on, but she was happy to play with Eli and climb in and out of the toy train car.  About 67-ZILLION times. 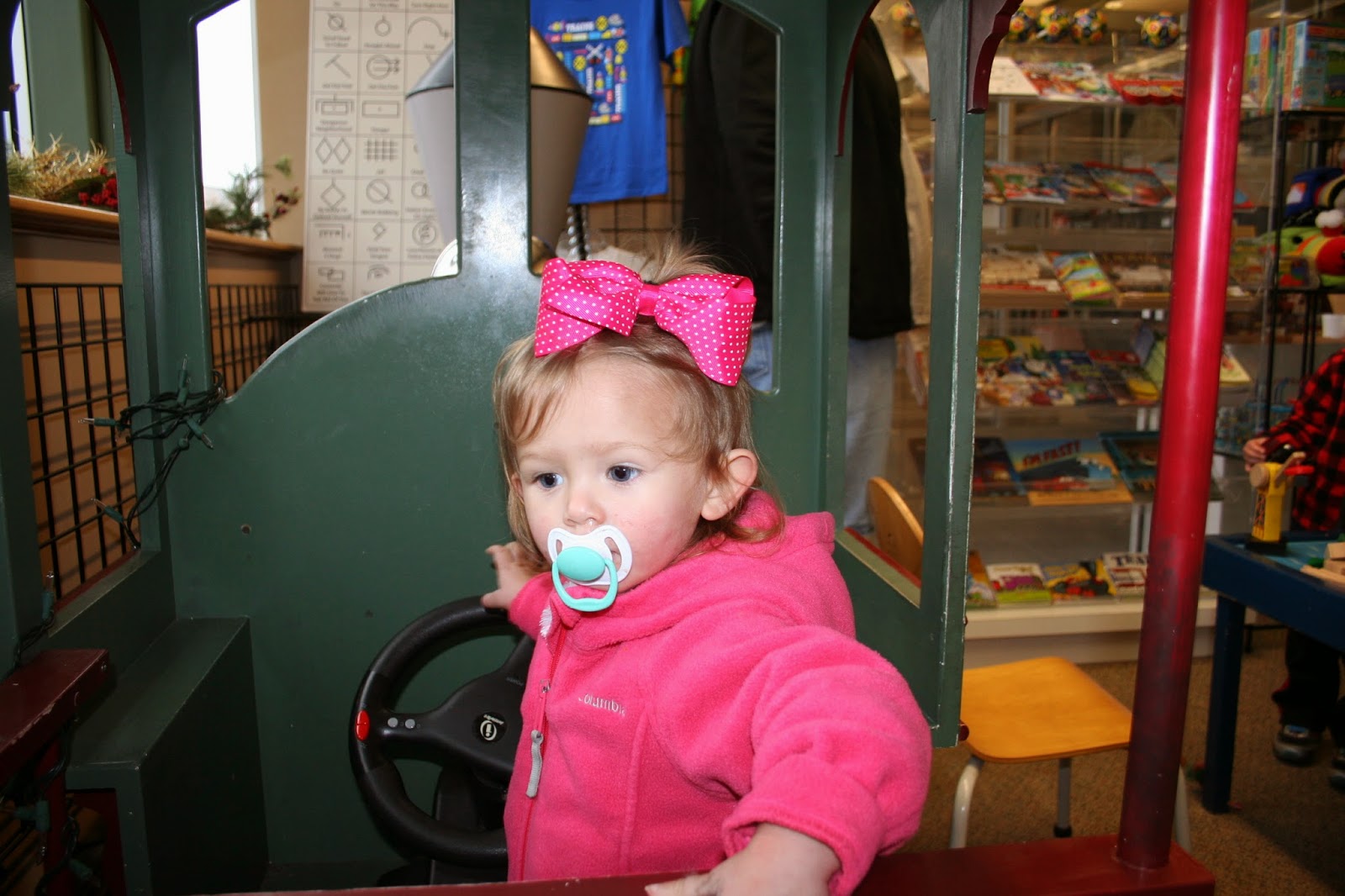 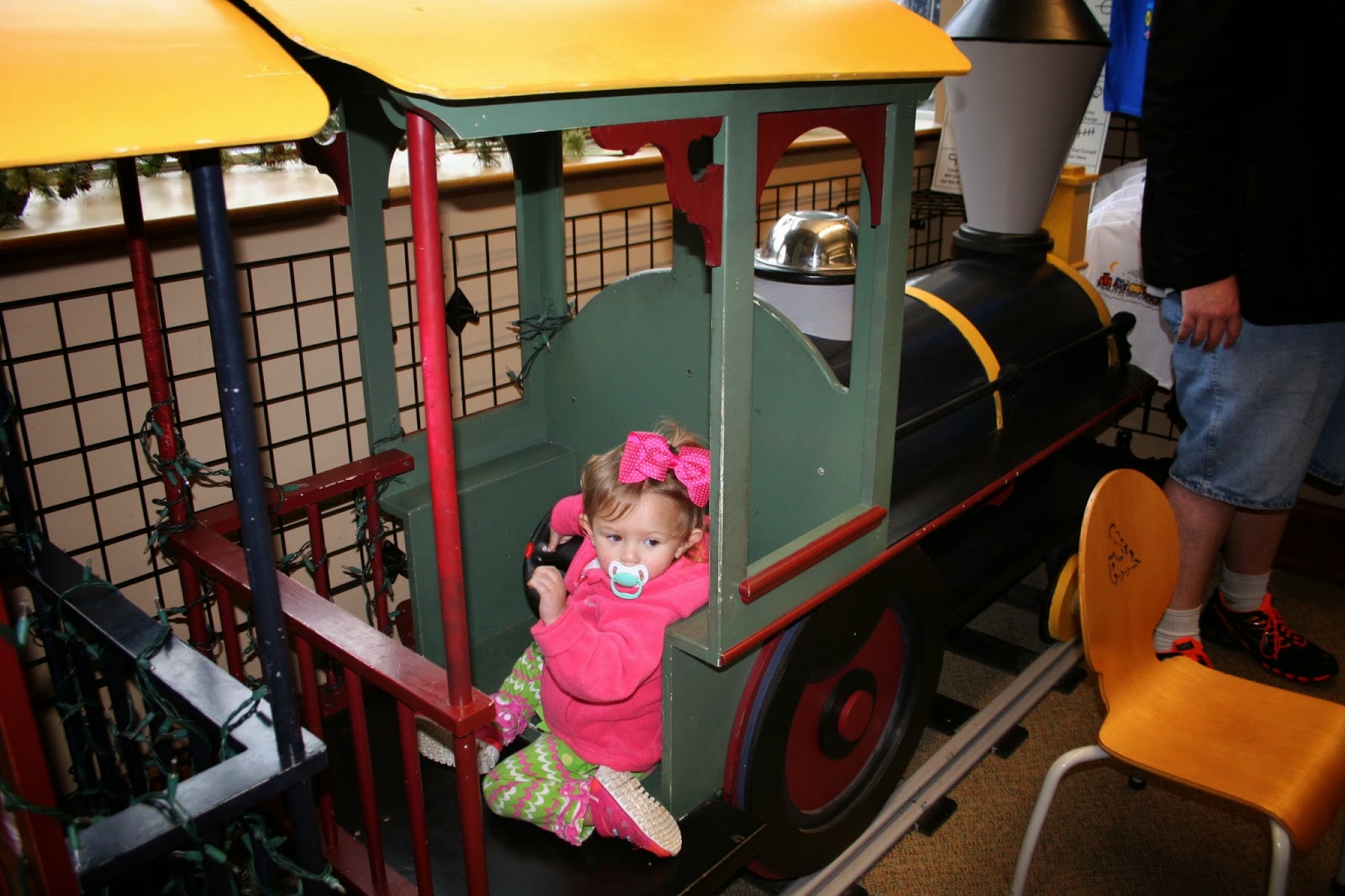 The Adkins clan ended up meeting us,  so the boys had a great playing.  They even talked us into some FREE hot chocolate that ended in a massive spill after Eli scorched his tongue and overreacted...thus sending the liquid goodness everywhere.  Haha! 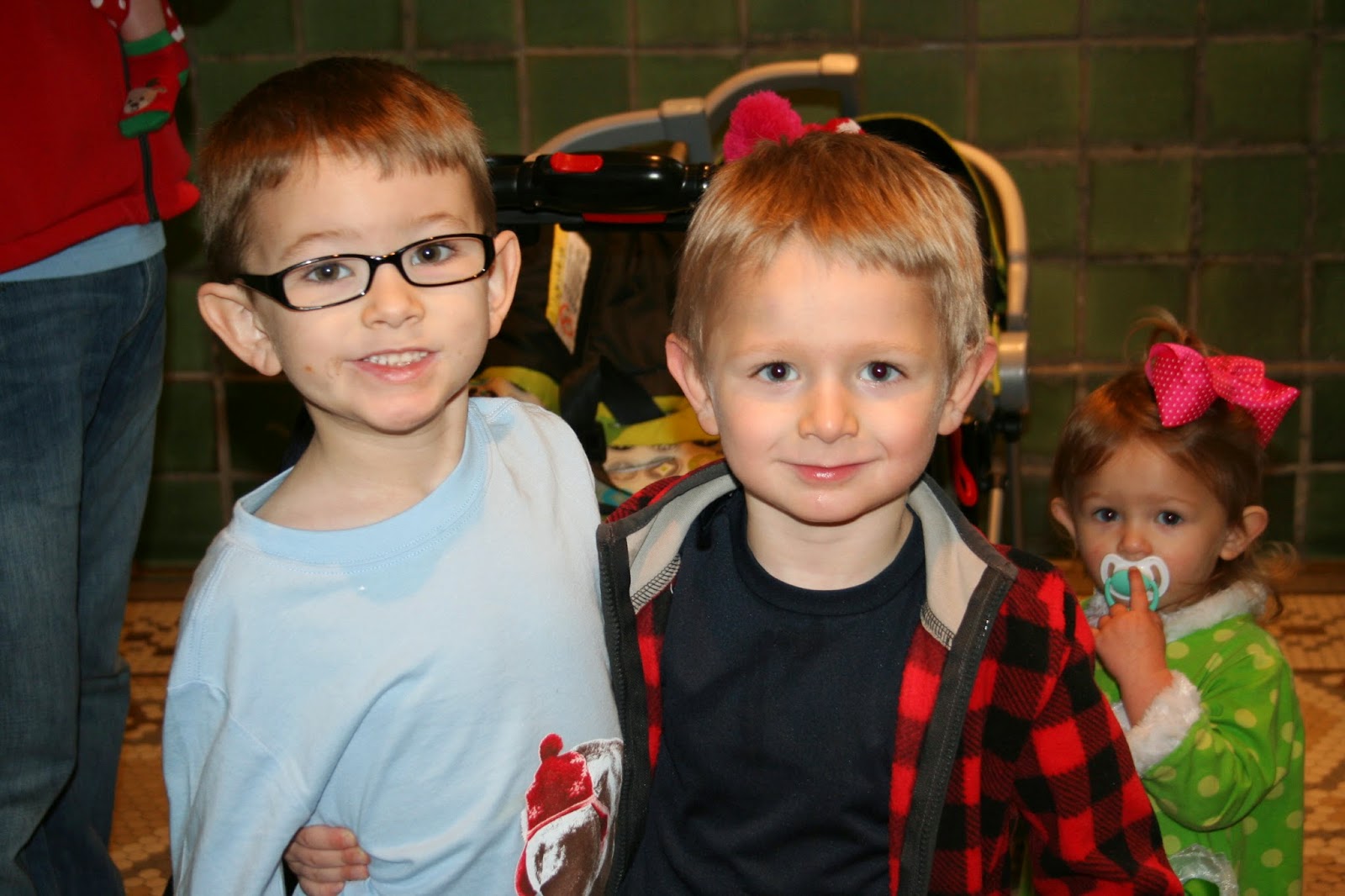 We even attempted a picture of four of the six kids...it didn't go so well.  Ha!  Shortly after this picture was taken, we headed to lunch at Moe's.  Then it was back home for naps before our final event of the day...pictures with Santa! More to come...check back tomorrow! 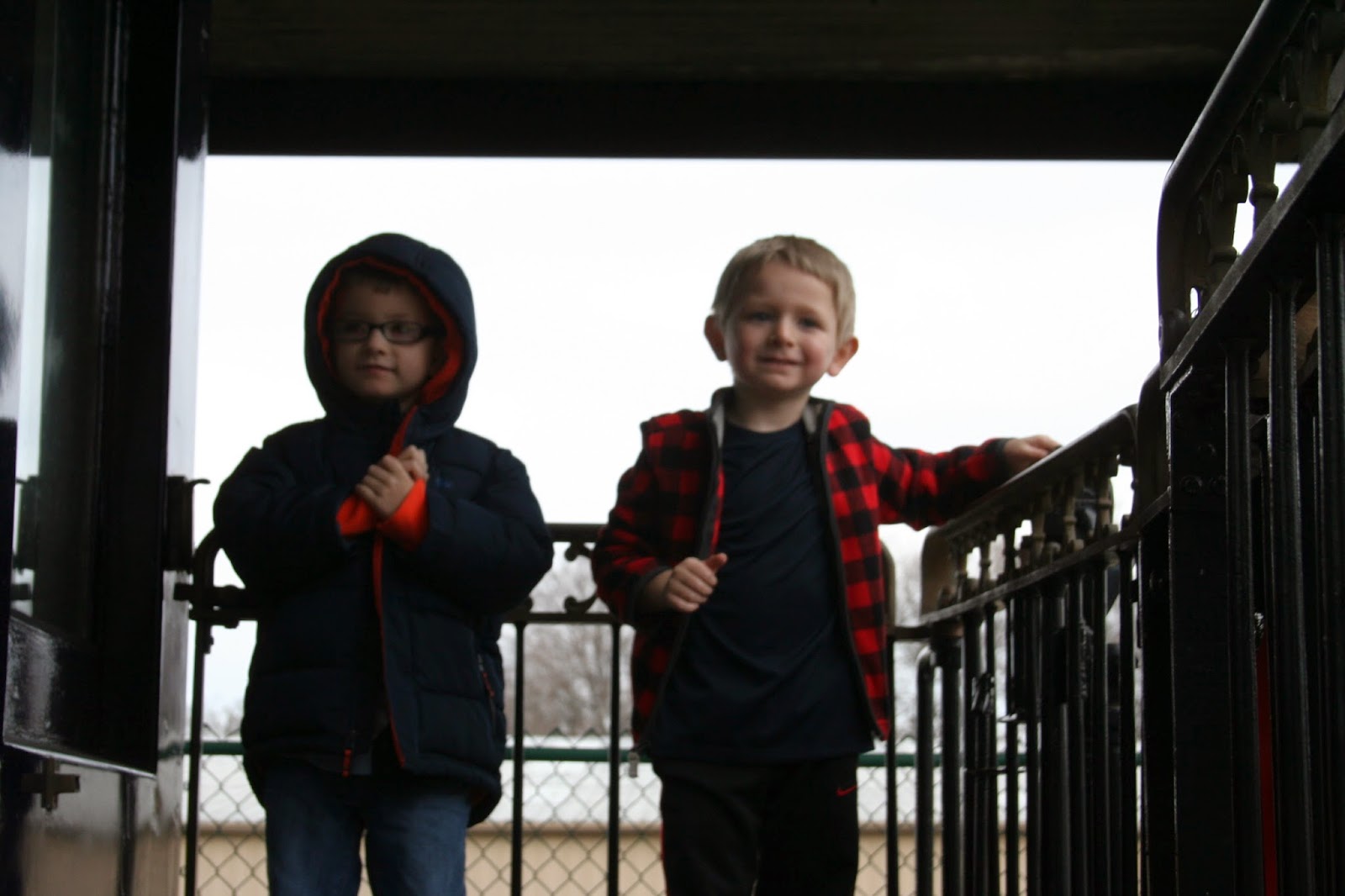