Our busy day continued with stop number three at Eric's work where they were hosting Cookies with Santa.  We barely made it because of late naps, but we had 15 minutes to spare which was just enough time to grab some pictures. 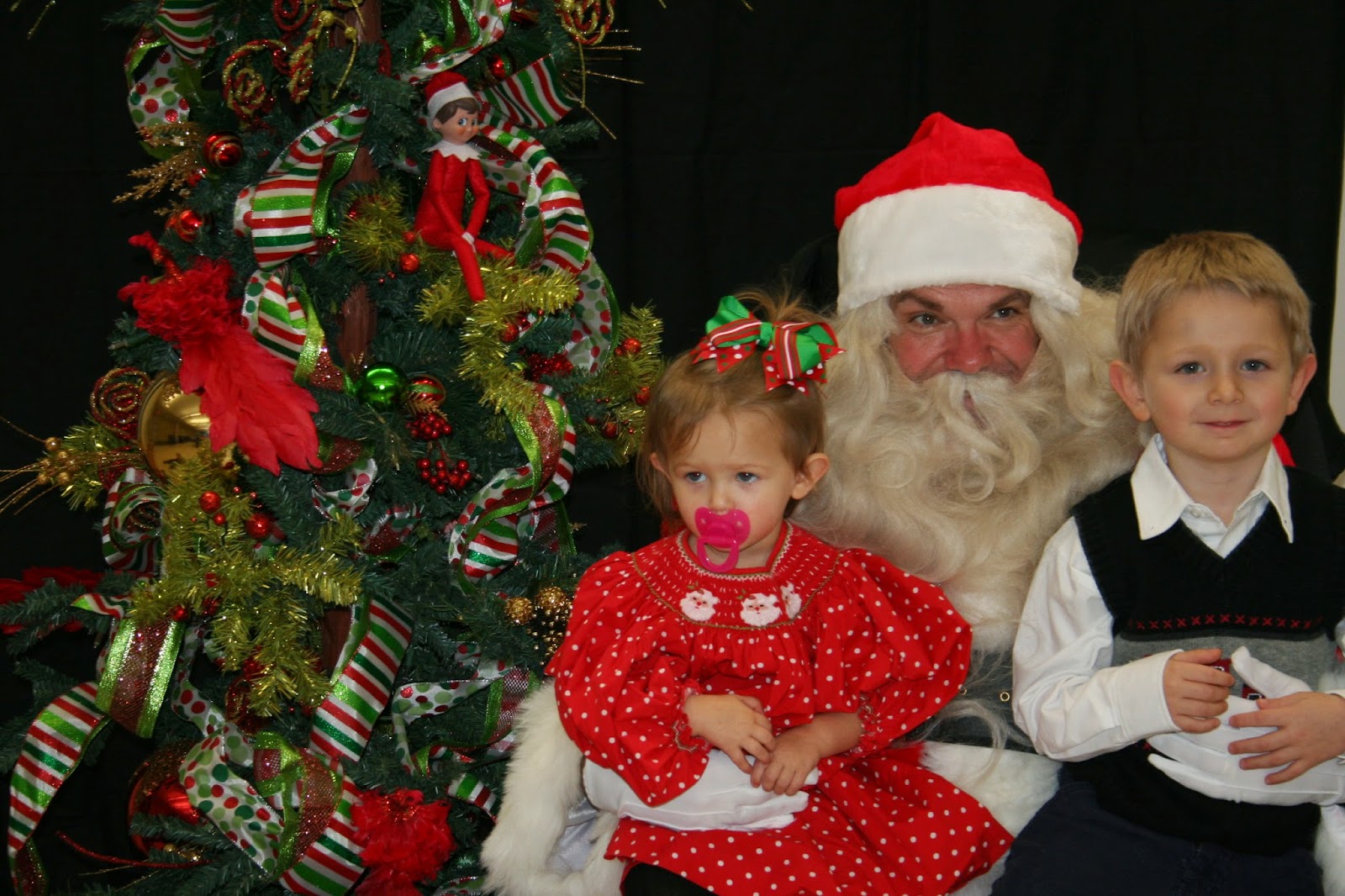 I love pictures of panicked kids on Santa's lap, so I was sorta hoping Ellie would at least whimper.  NOPE...she was fine.  I wouldn't say that she's a fan, but she tolerated him. 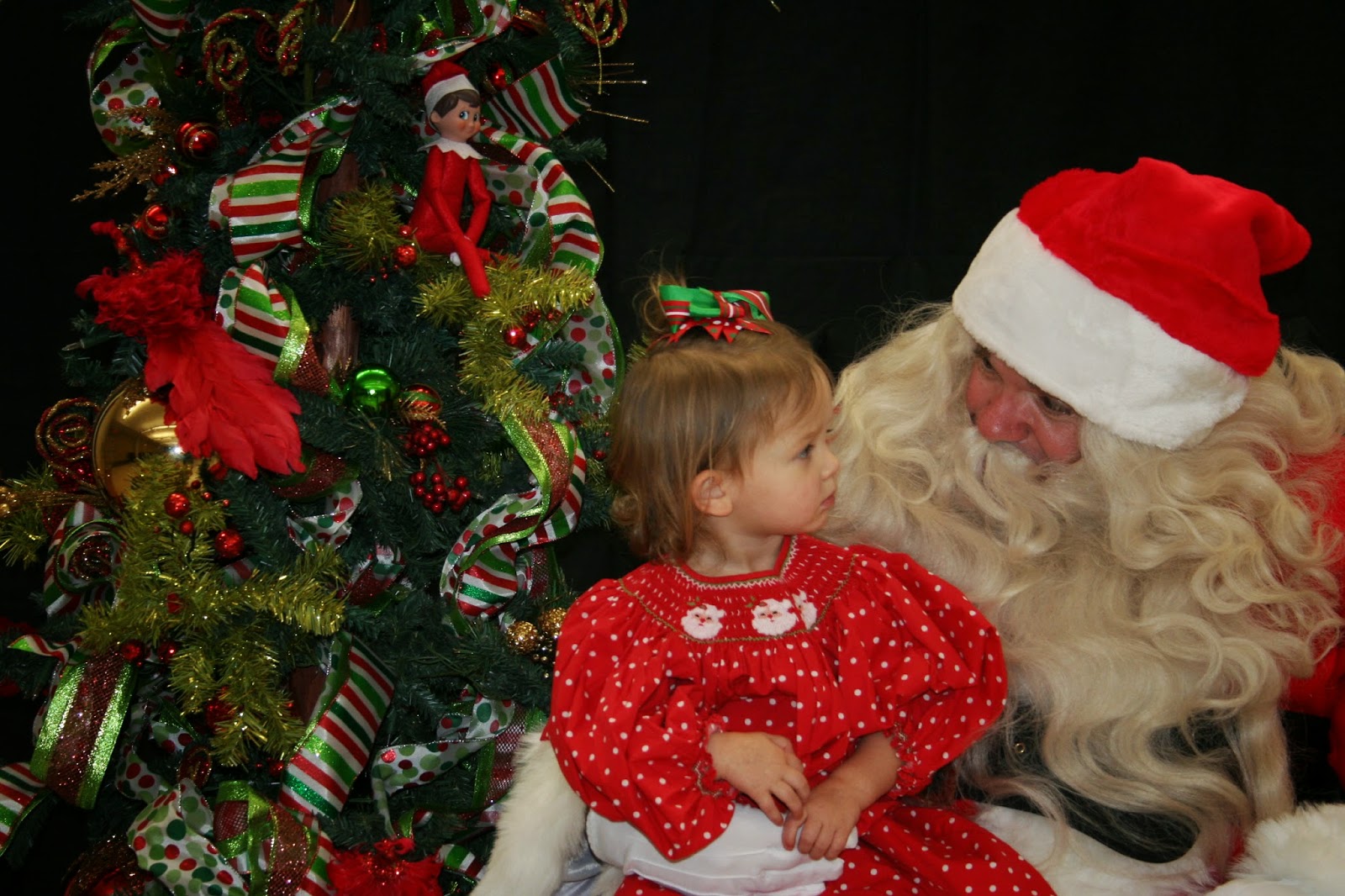 I love this picture because it looks like they are in deep conversation.  In actuality, she was just trying to check him out.  Eli was talking ninety miles a minute rattling off both of their Christmas lists. 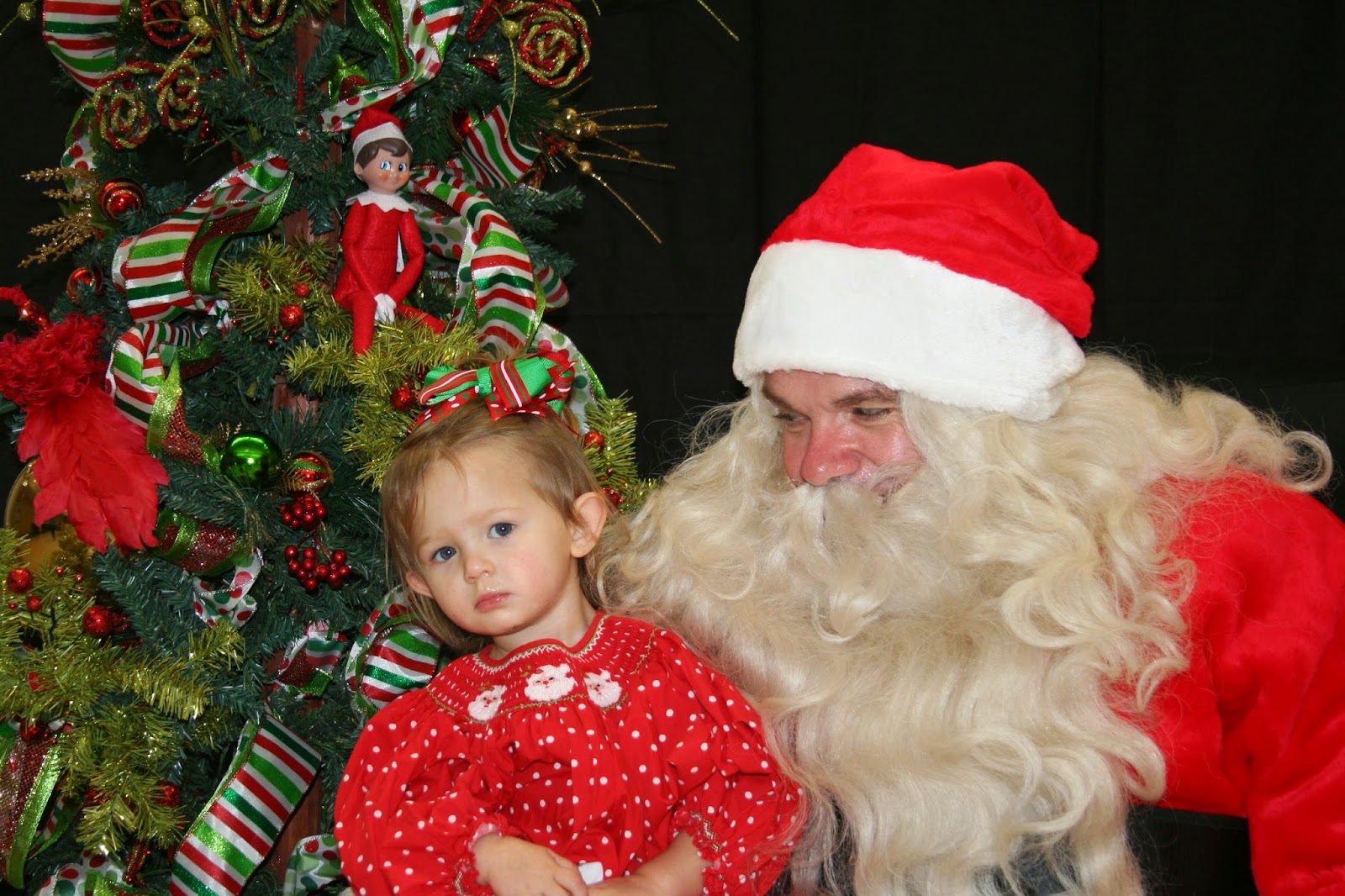 Good timed were had by all.  I wish I could say the same thing about the grocery trip that followed, but that would be false.  I guess have a parade, Festival of Trains, and Santa pictures, everyone was just tuckered out.