Last night was the Polar Express for our family, and we stuck with our tradition of celebrating it with the Adkins!  I had to work late because we were hosting Open House, so Eric picked up the kids and met me at the train depot.  We did a quick wardrobe change for the kiddos in the van before making it inside to enjoy cookies and hot chocolate while we waited to board. 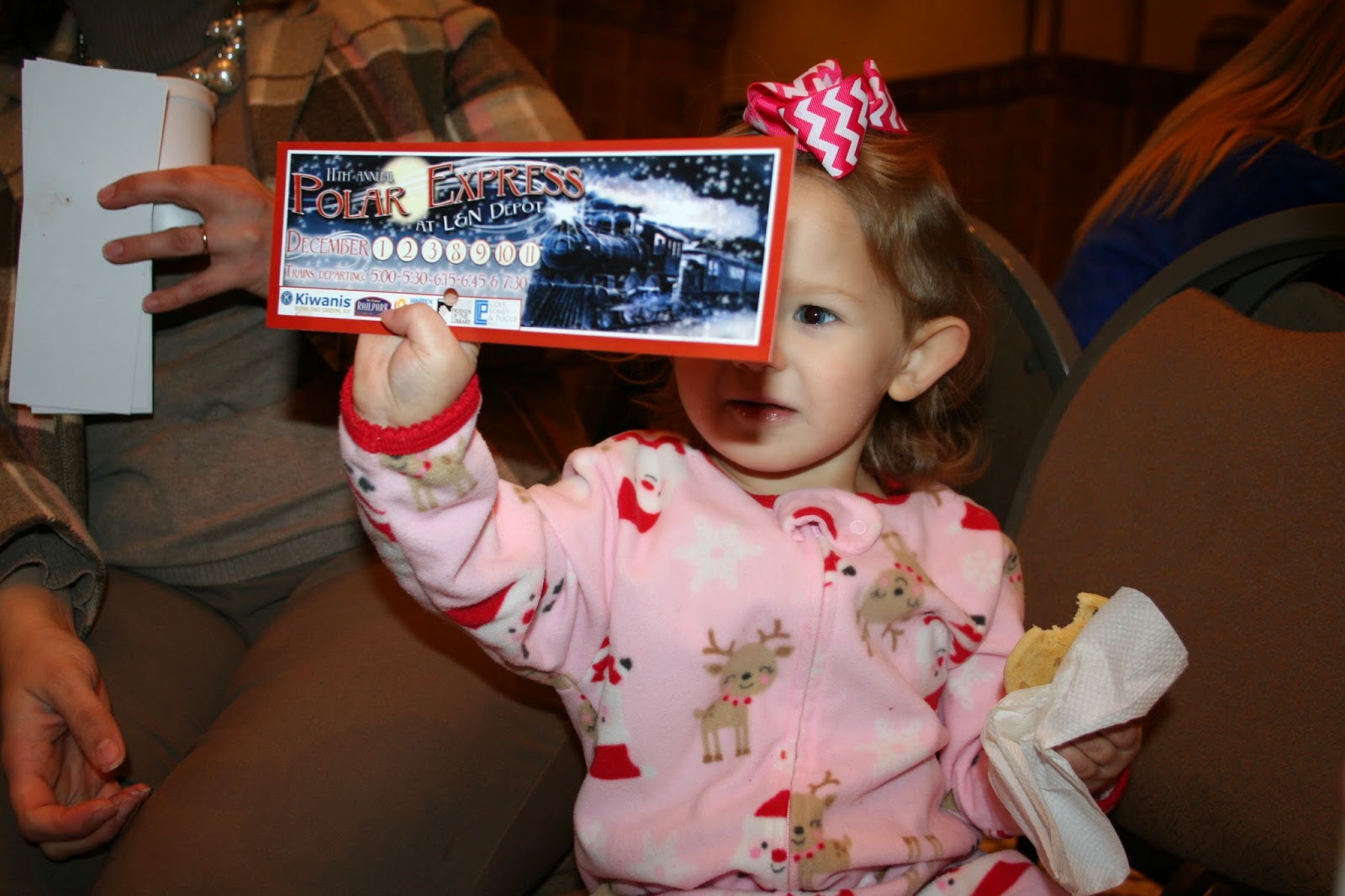 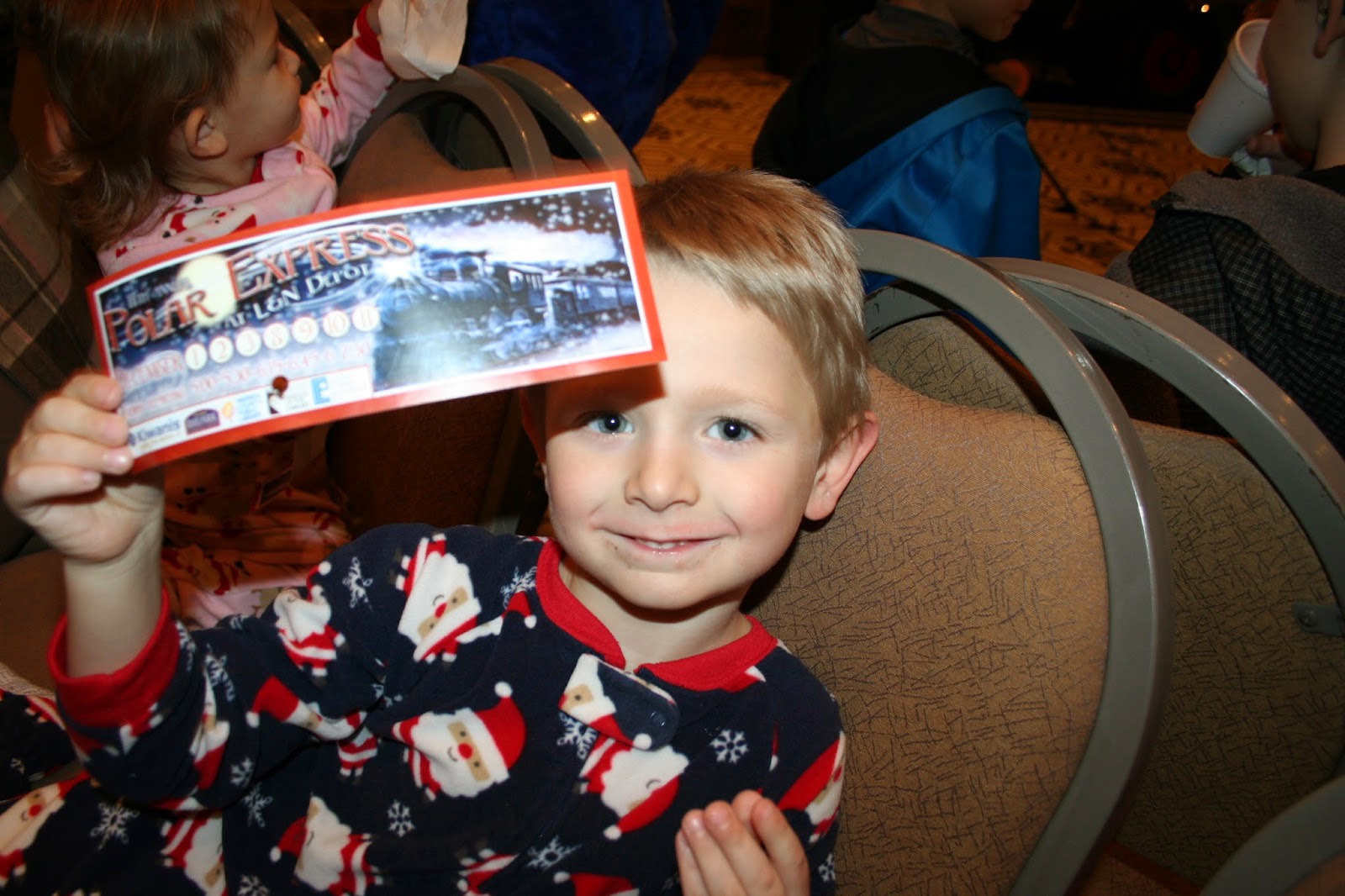 While the kids were enjoying their little treat, a conductor came over to punch their tickets just like in the movie.  As you can see, they were both pretty excited to be a part of this year's event.  Ha!  As a side note, I have no idea what is going on in the next set of pictures, but they sure where enjoying themselves. 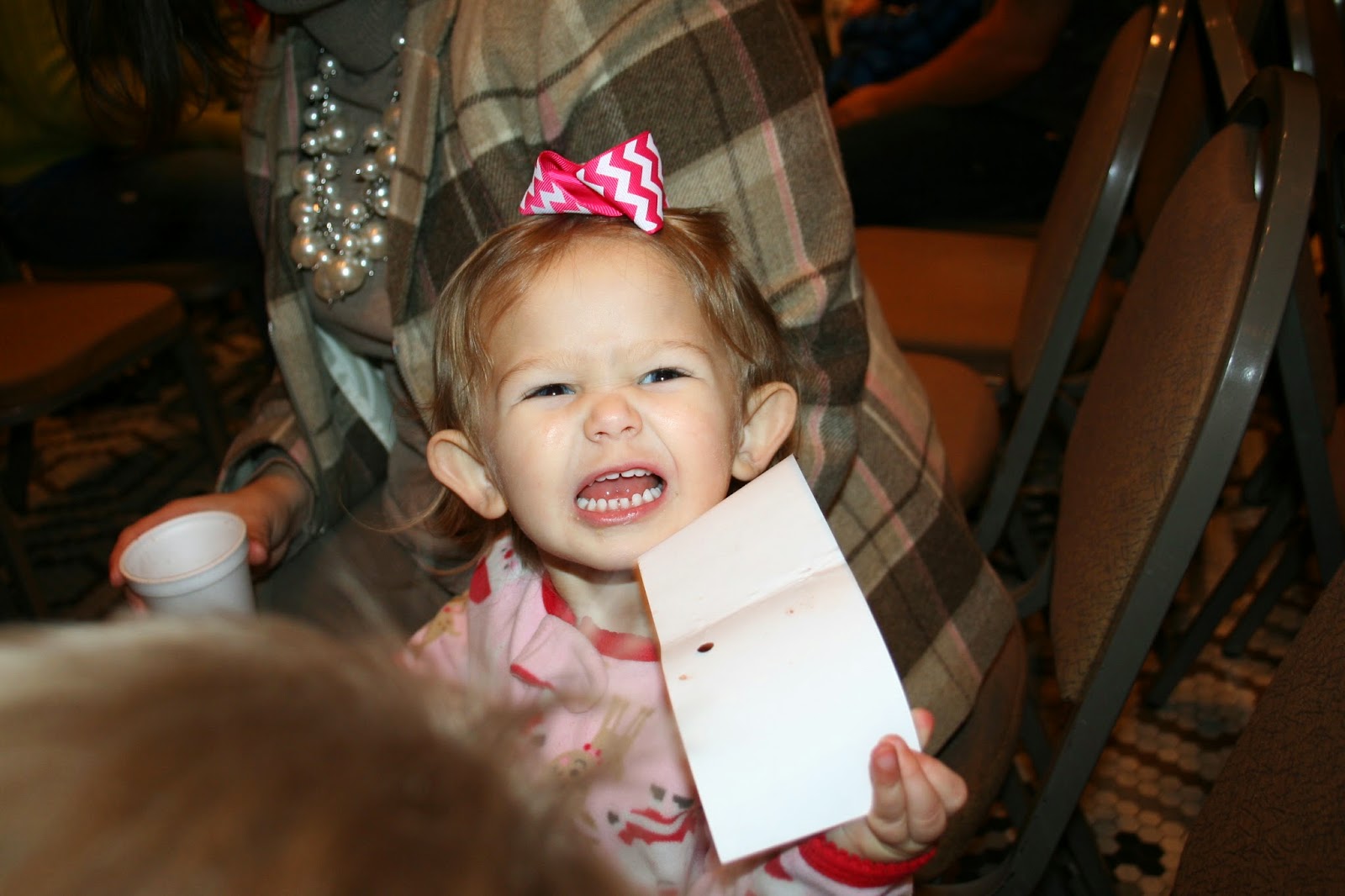 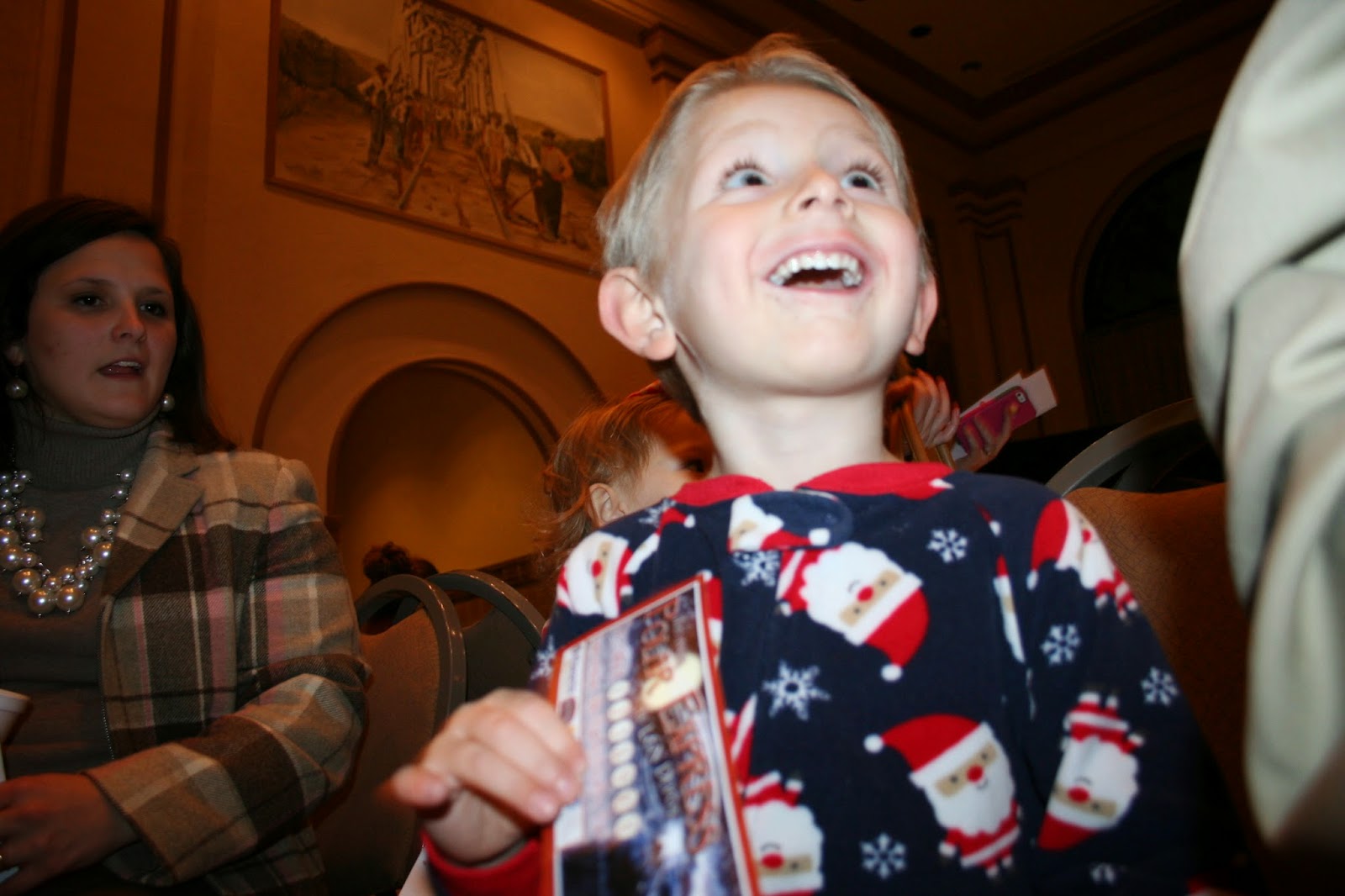 When it was finally our turn to board the train, Eli and Owen rushed right to the door.  I think they may have remembered the fake snow. A man stepped in front of me and Ellie (basically cutting us off) and Ellie snacked him and said "NO."  Granted, it was so weak that he didn't notice, but I think she'll be able to defender herself in the future. 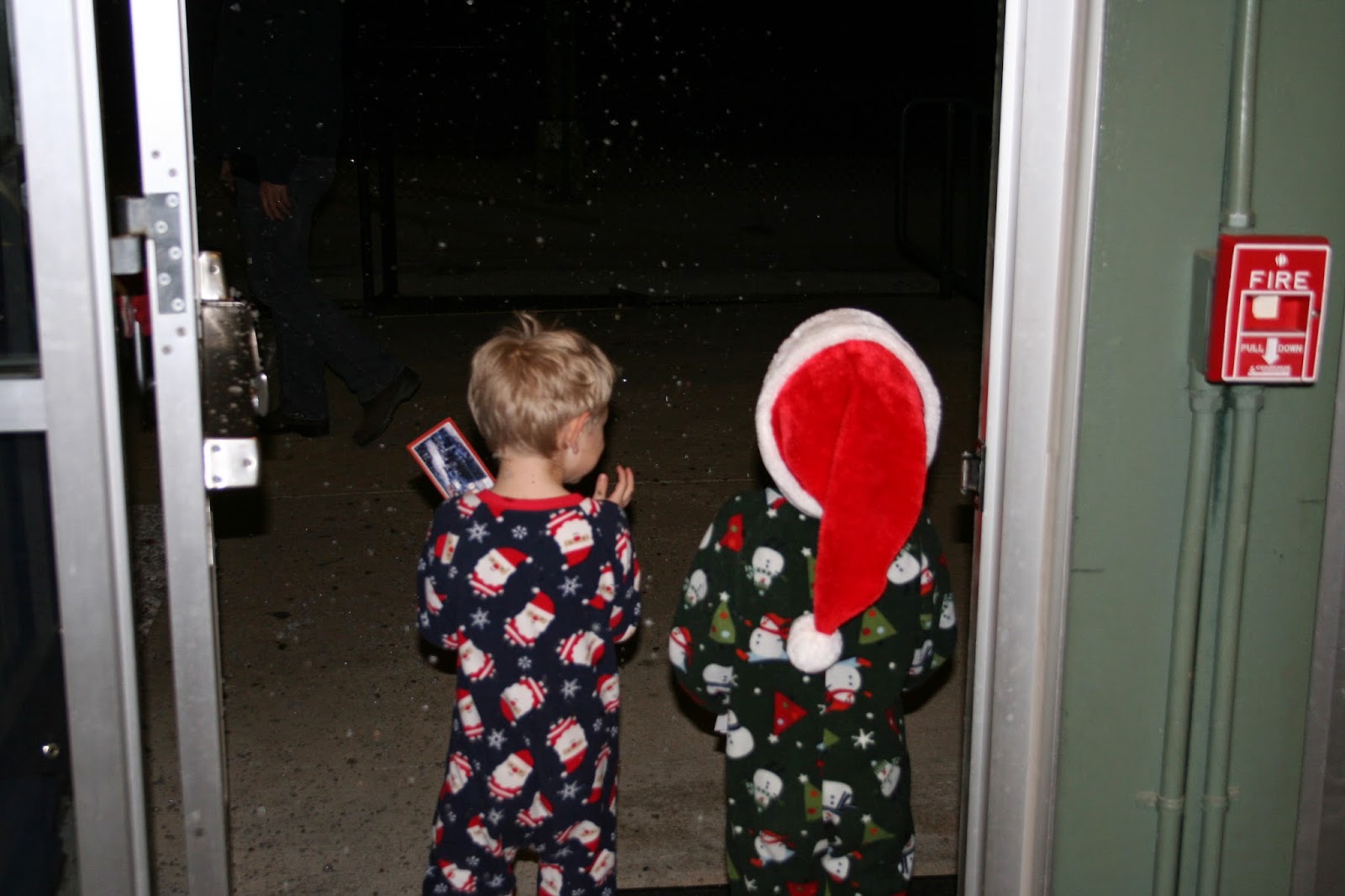 Our group had to split up this year, because we could't all fit at one table.  Tina and I entertained Duncan, Ellie and Parker.   Basically, volunteers from the community read the Polar Express to the kids and famiilies on board the train.  It sounds really short, but when you're wrestling six kids, it's the perfect amount of time! 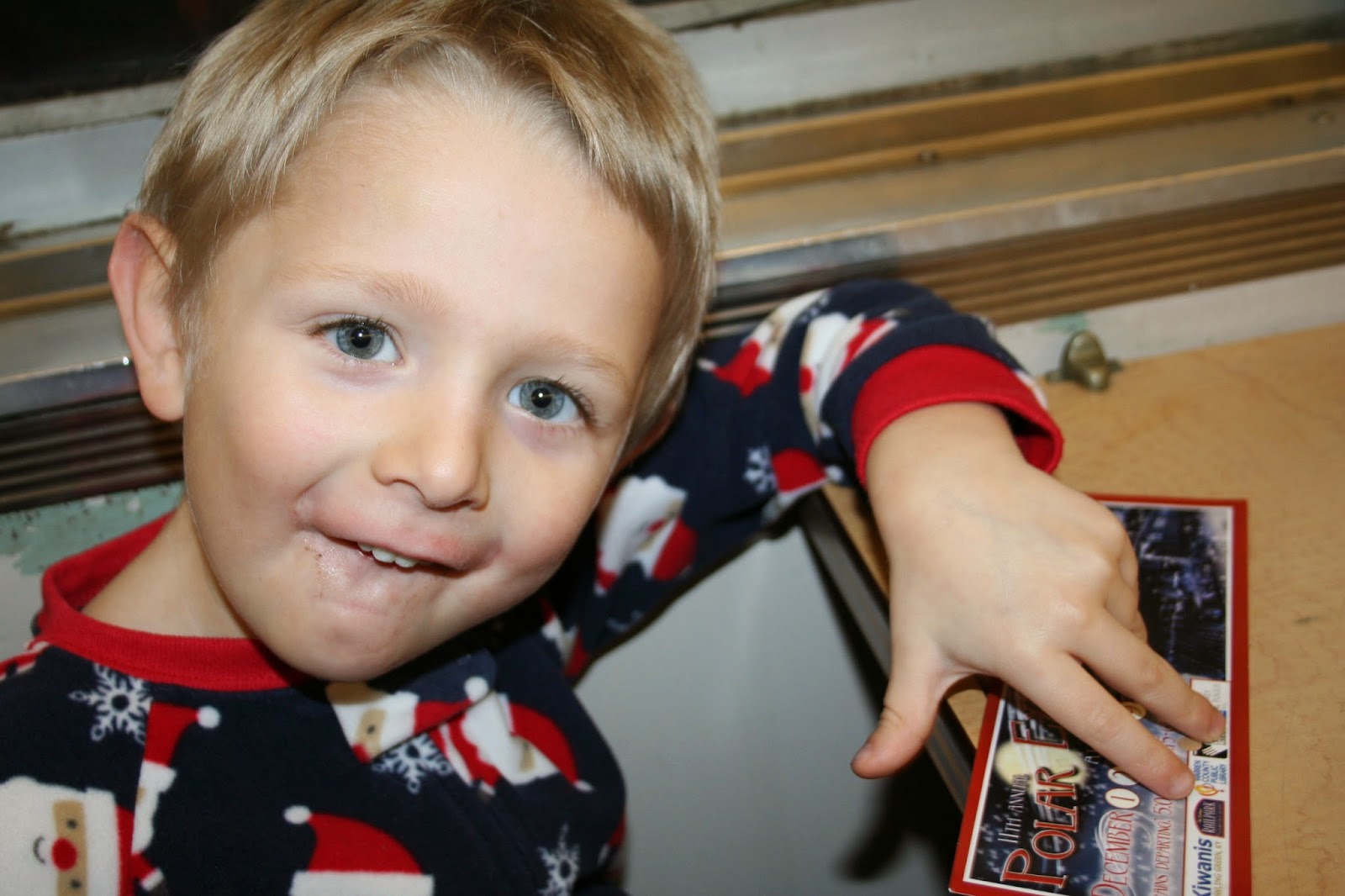 As we were leaving the train, Santa met us for a quick photo.  I know Ellie looks solemn, but I think it could have to do with the fact that she had just witnessed Santa DROPPING her friends.  That's right, Santa is a bully and dropped seven month old twins on the ground. 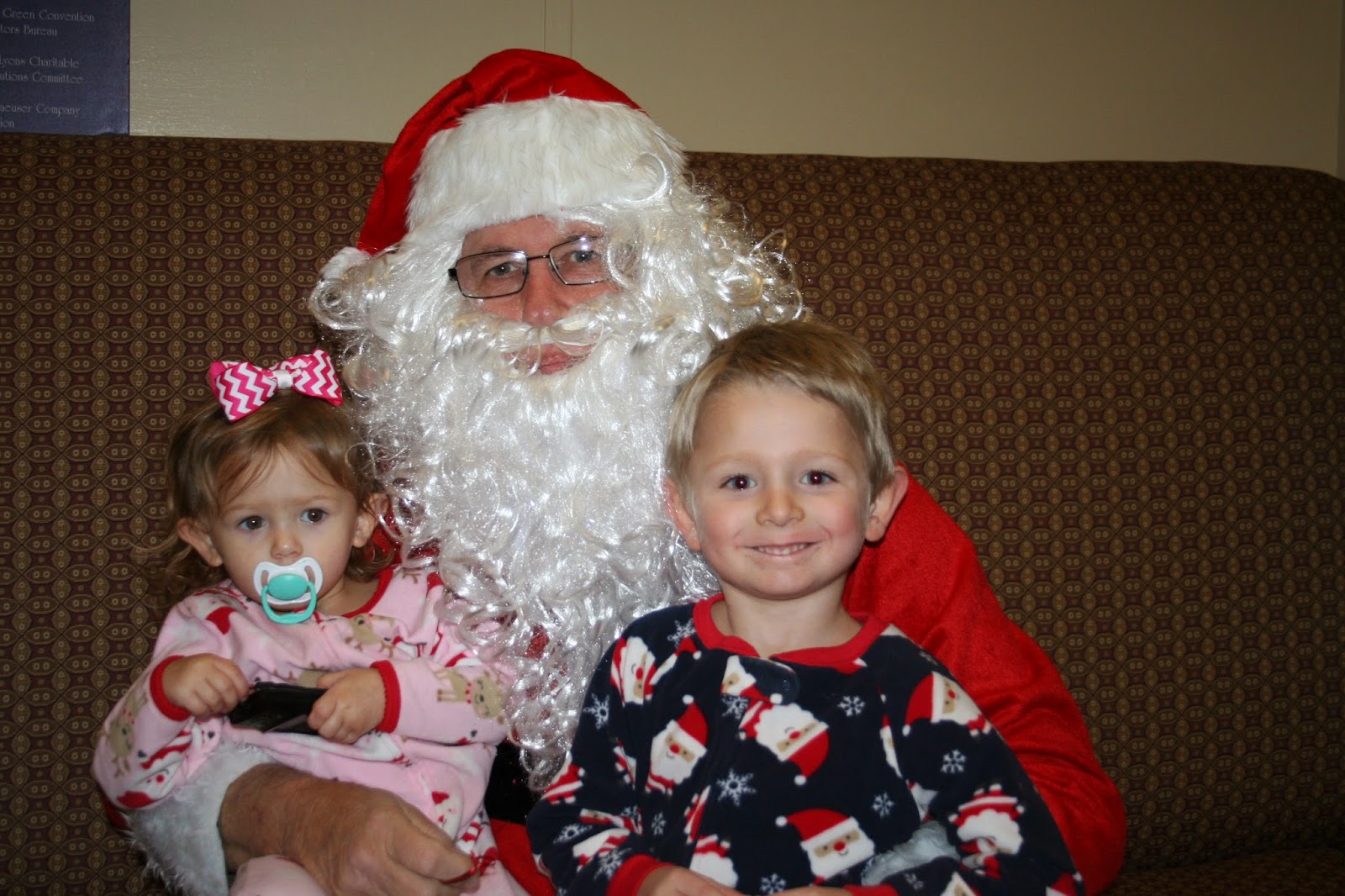 Tina - if you're reading this, I'm glad your babies are okay, and I'm sorry I laughed uncontrollably at their expense.  Thank you for the memories because even as I type this, I am still laughing. 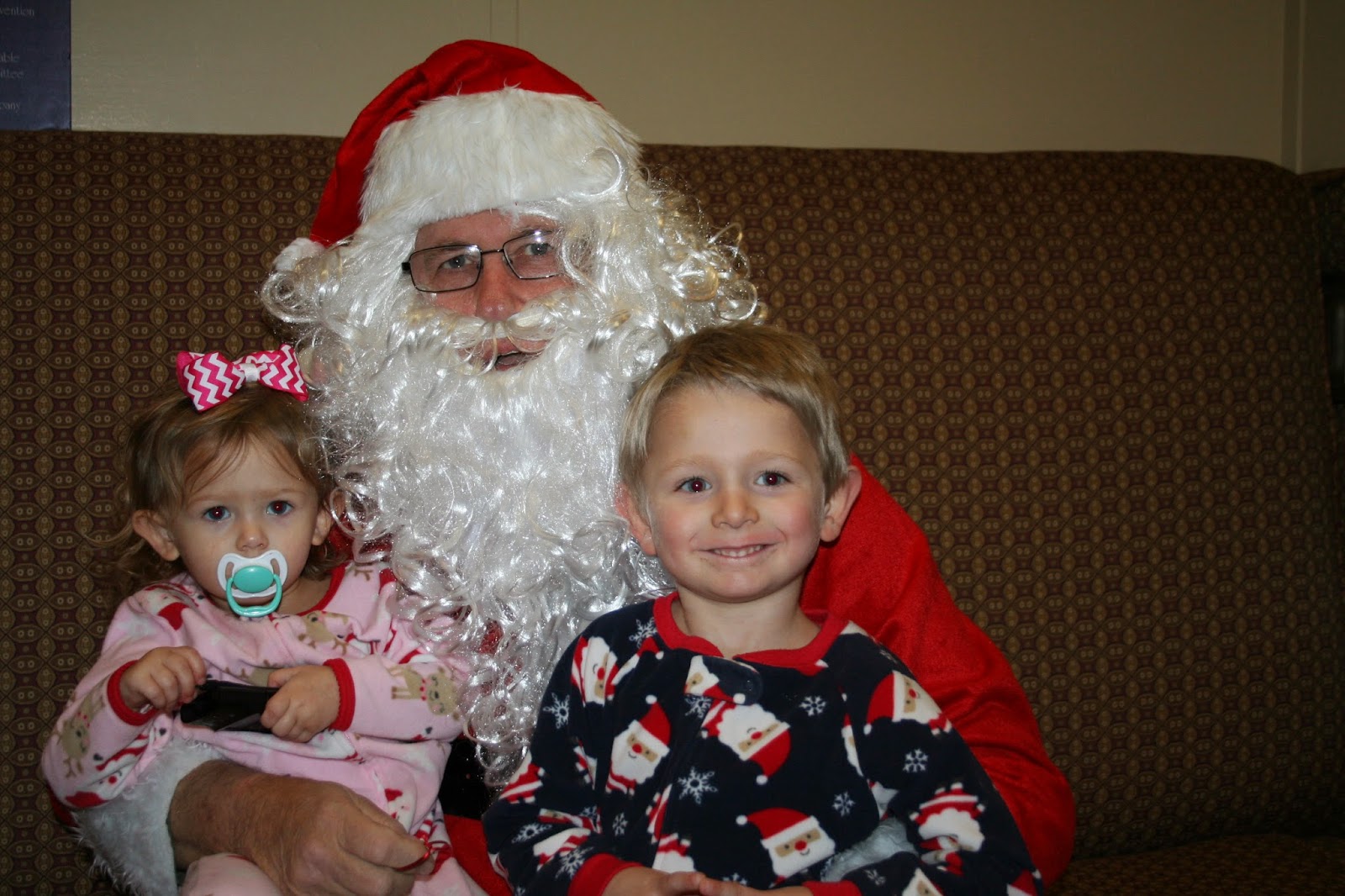