Kids say the darnedest things, do they not?  Eli keeps us rolling with the stuff he comes up with, and we can’t wait for Ellie to talk so that she can contribute to our amusement.  Last night we had the funniest conversation with Eli that I just had to document.

With that being said, she is still an excellent communicator making it very clear what she needs with or without the use of language.  Last night was no exception. She was told that she could only have a “coo-coo” (a.k.a cookie) after she ate her yogurt.  Prissy Sissy showed her dislike of the situation by proceeding to throw the yogurt at my head.

After a 32 second time-out, Eric and I were explaining to her why this was unacceptable behavior.  That’s when Eli chimed in with his commentary.

“Ellie, you better obey.  God likes it when you obey your parents.  But if you disobey, you’ll go to hell because that’s evil.”

Ha!  It would appear that we have a little “fire and brimstone” preacher in the making- a drastic change from our Southern Baptist ways. 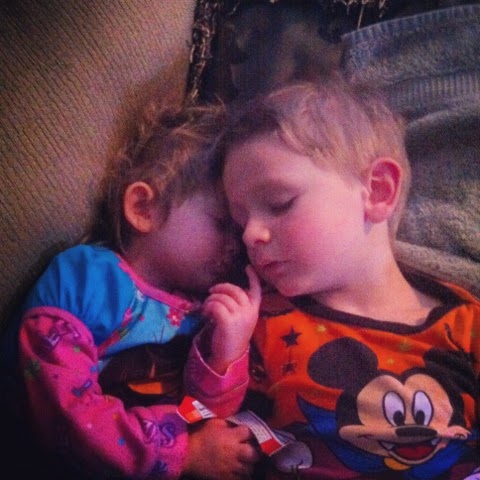 I told Eric that Eli apparently missed the theology lesson on GRACE.
at 12:16 PM