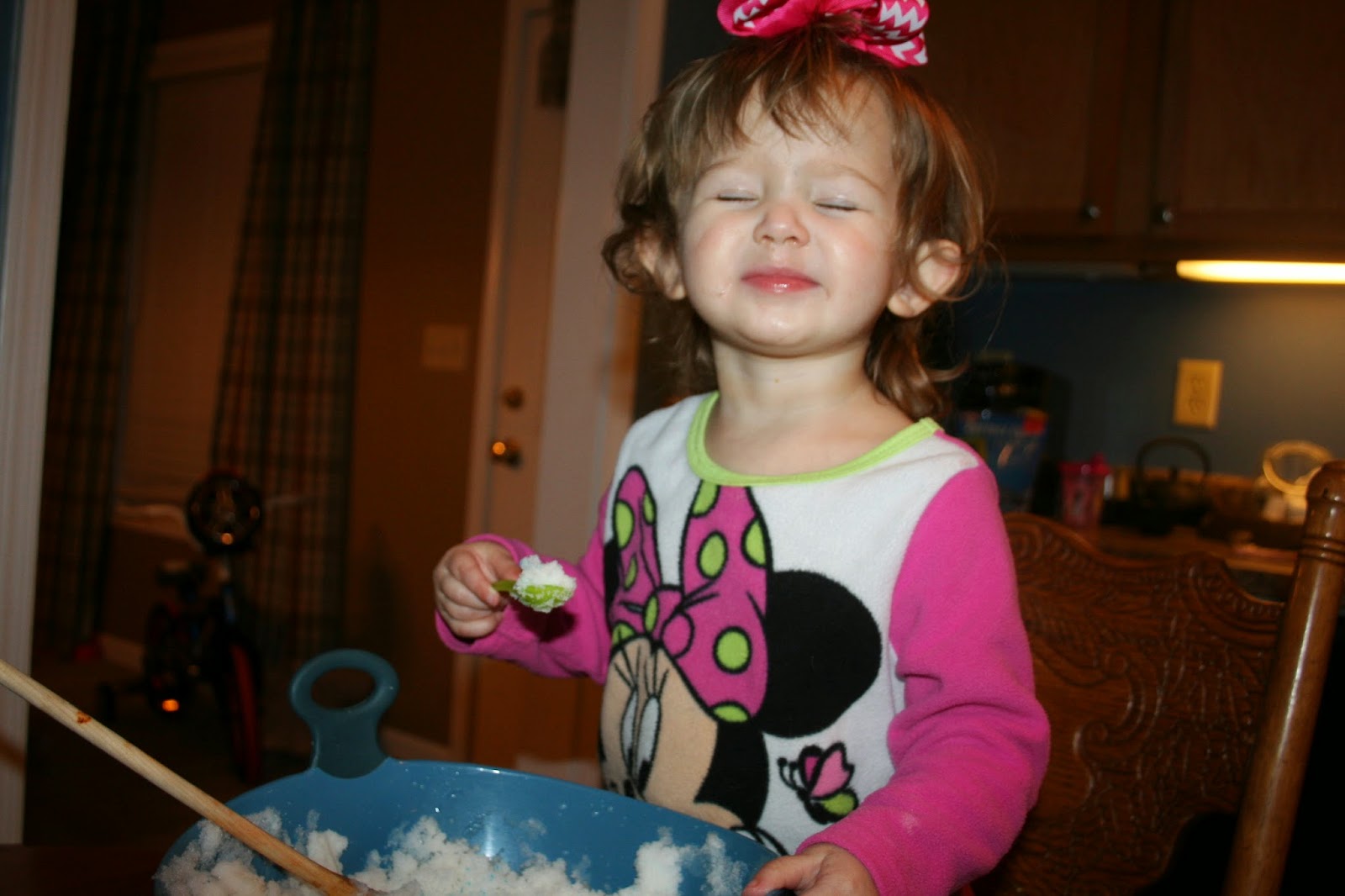 We are trying to make the most of all this cold weather nonsense, so we decided to whip up a batch of snow cream last night after I got off work.  Eric and I were texting back and forth and decided that Eli would probably not eat it because he had gotten sick from digesting dirty snow earlier in the week. 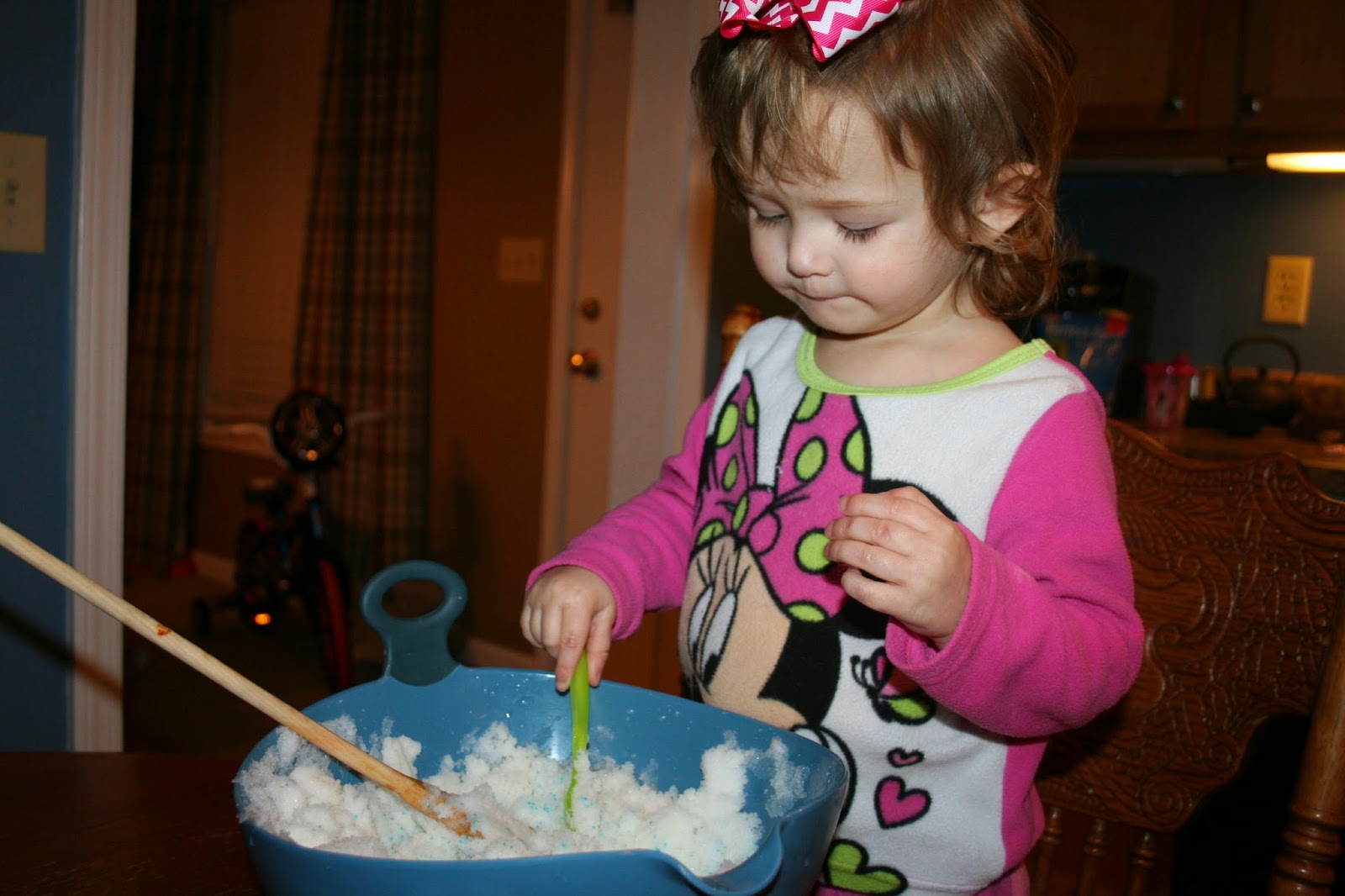 As predicted, he wanted no part of it.  After a little basketball one-one-one time with him, I got busy making my little lady this winter treat.  Ya'll, she was thrilled!  It wasn't the best recipe, so next time I'll use a different one, but the sugar and sprinkles were enough to win this girl over. 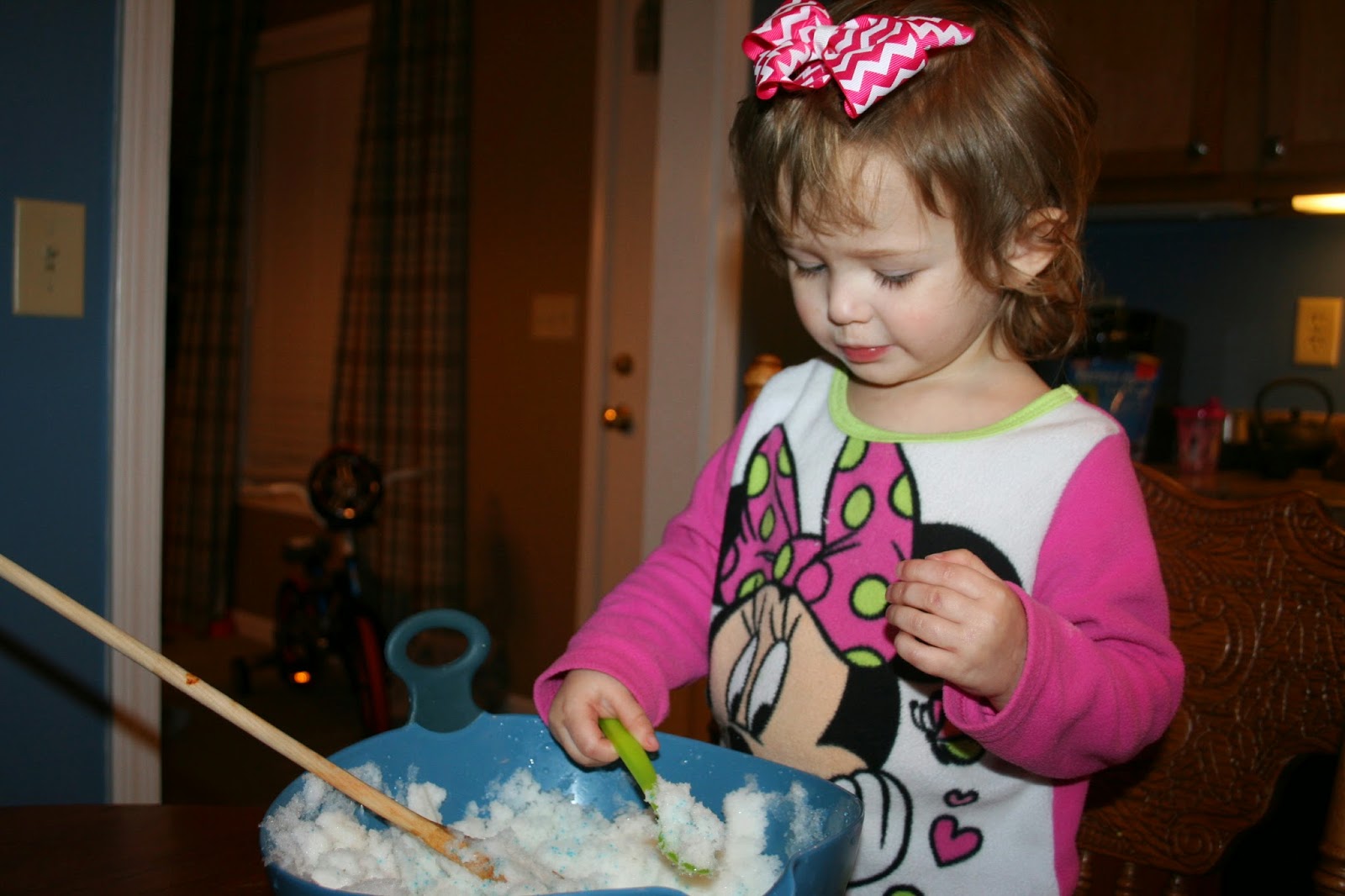 Eli and Eric even tried a spoonful, but neither were fans.  Oh well, more for the ladies of the household!    I ended up having to take away the bowl from Ellie and bribe her with a sucker.  Only a small meltdown ensued when she realized the snow cream was gone.  Ha! 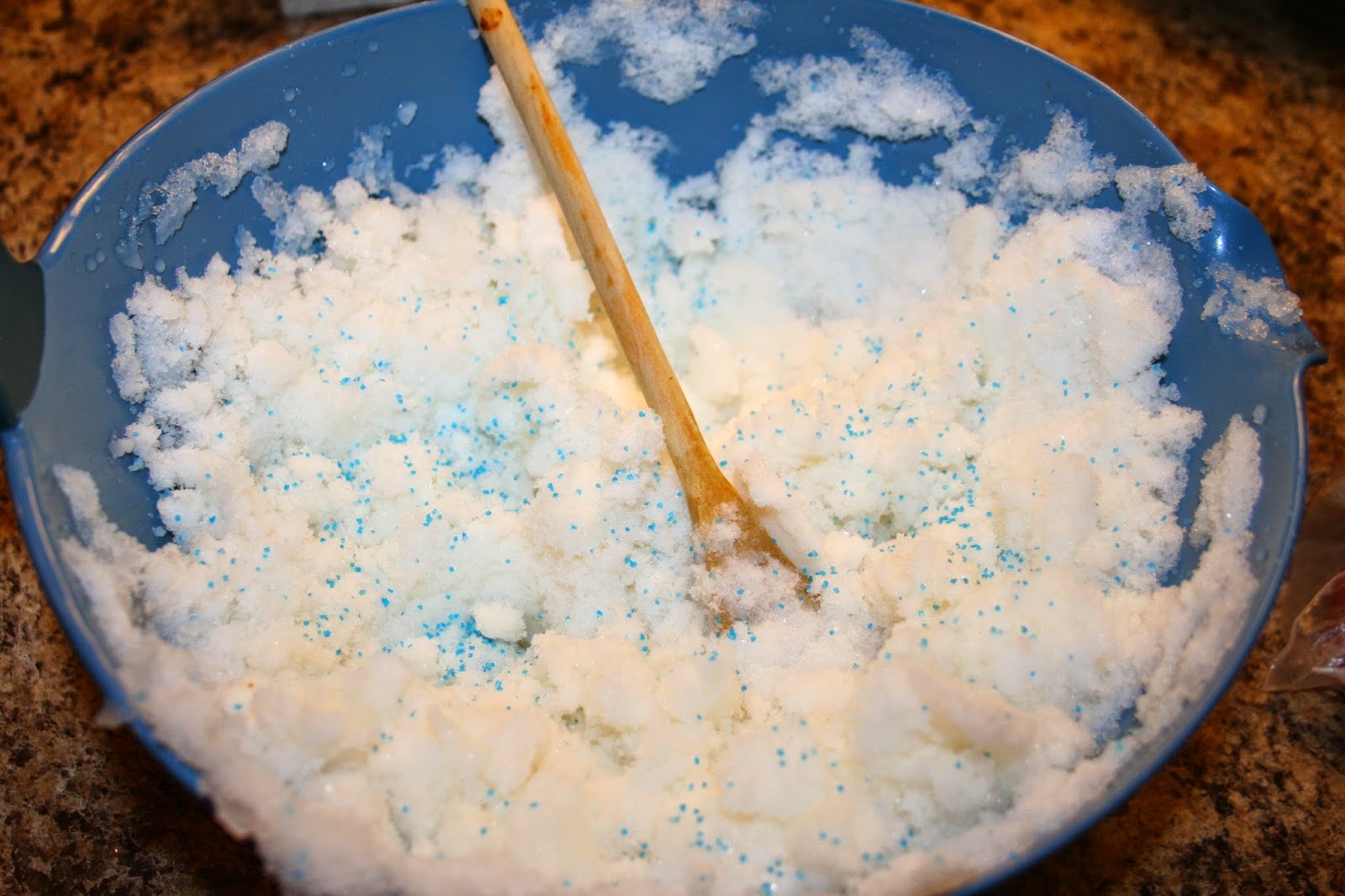 I read online that snow cream if a southern thing, but I'm skeptical.  I mean, the north gets way more snow that we do.  Although, the fast that it calls for sweetened-condensed milk could be a tell-tell sign of its origins.  Either way, it was a fun little activity.