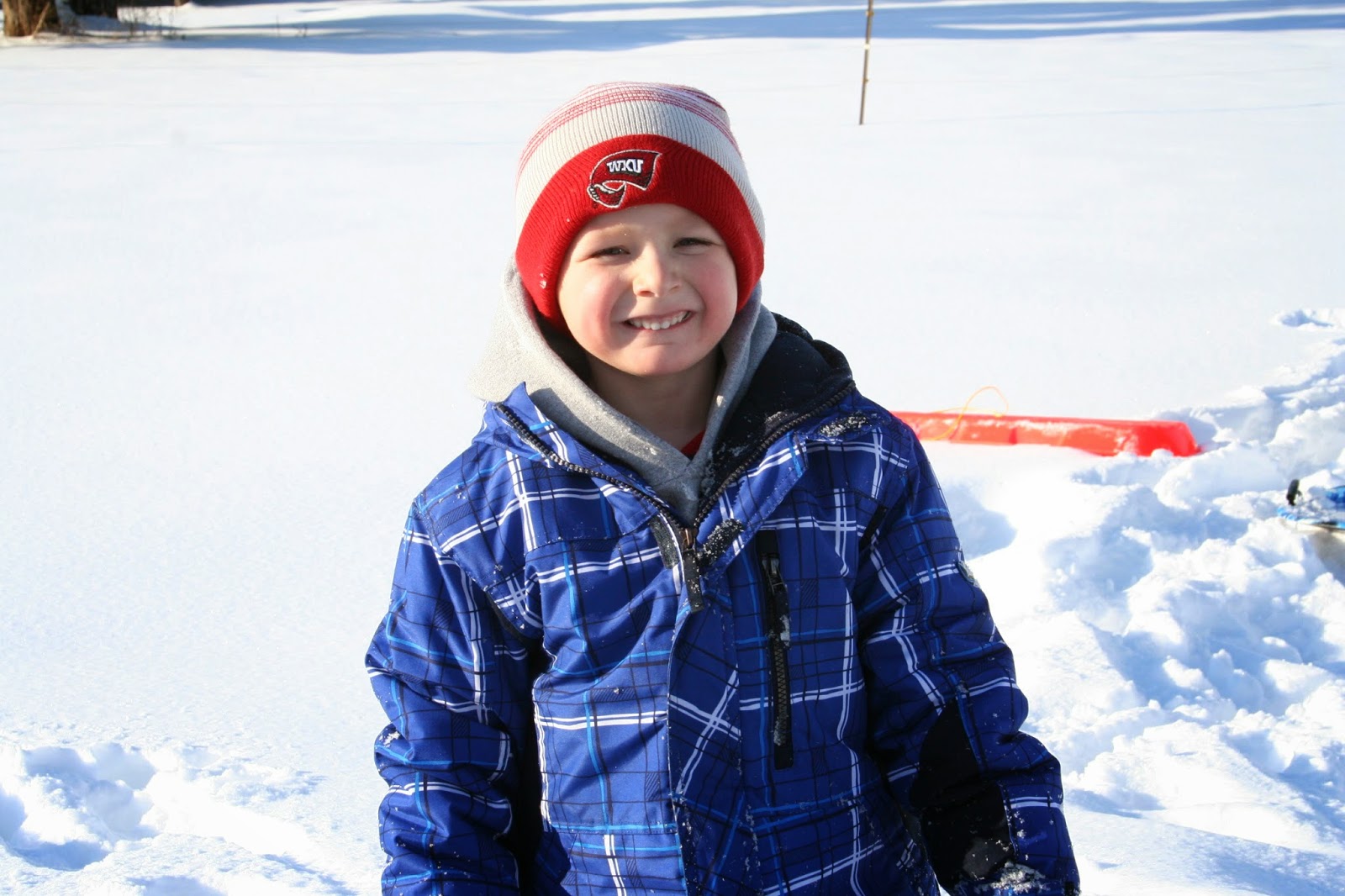 This is a snow day that we won't soon forget.  Eli woke up around 1:00 throwing up.  We haven't been out of the house, and as soon as it was off of his stomach he was fine.  We determined that it was something he ate which was later confirmed when he admitted he had tried some dirty snow! 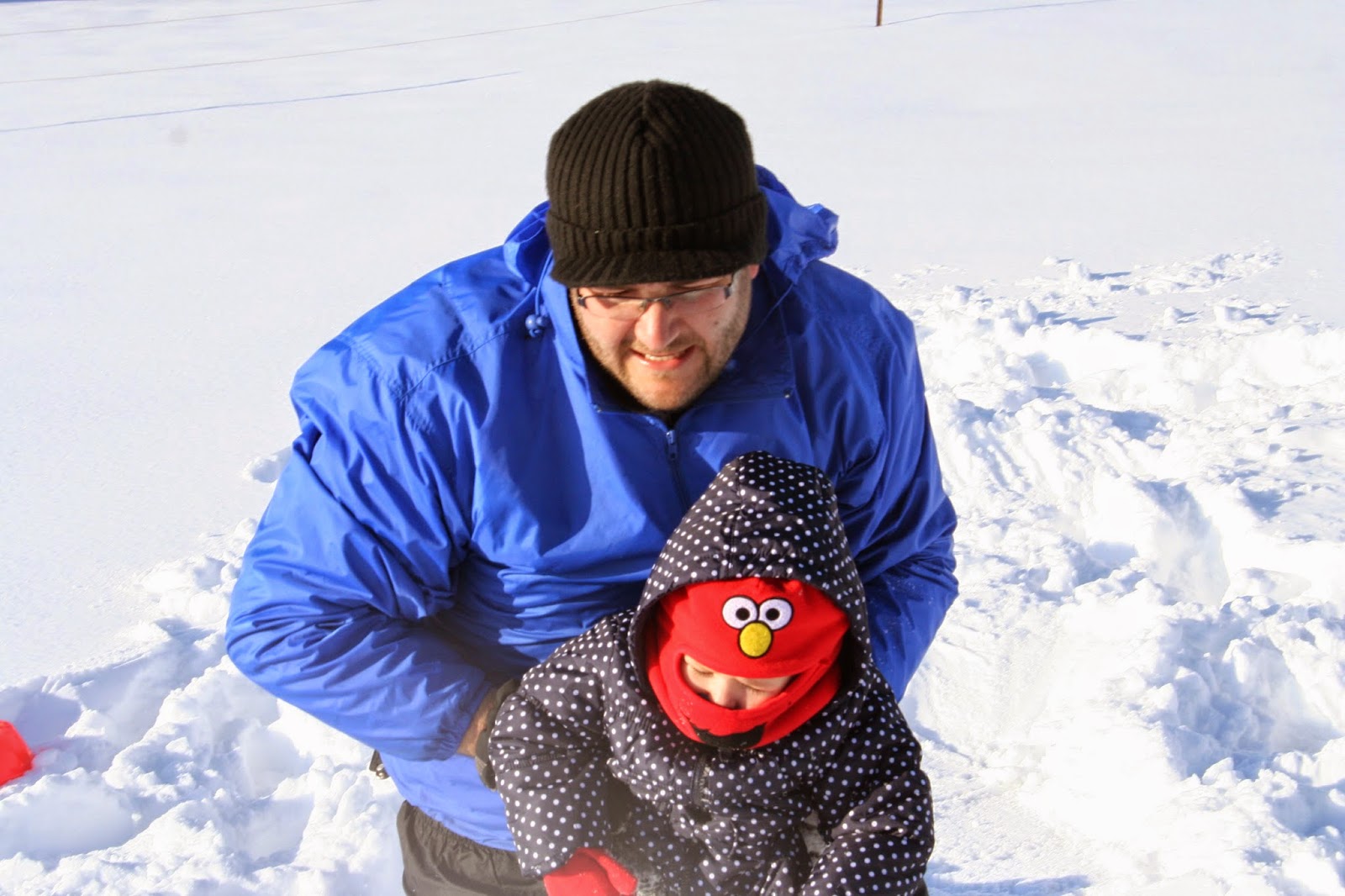 Meanwhile, Ellie was busy hacking up a lung.  She has battled this since probably November off and on.  Despite being puny early in the day, she bounced back by late afternoon. 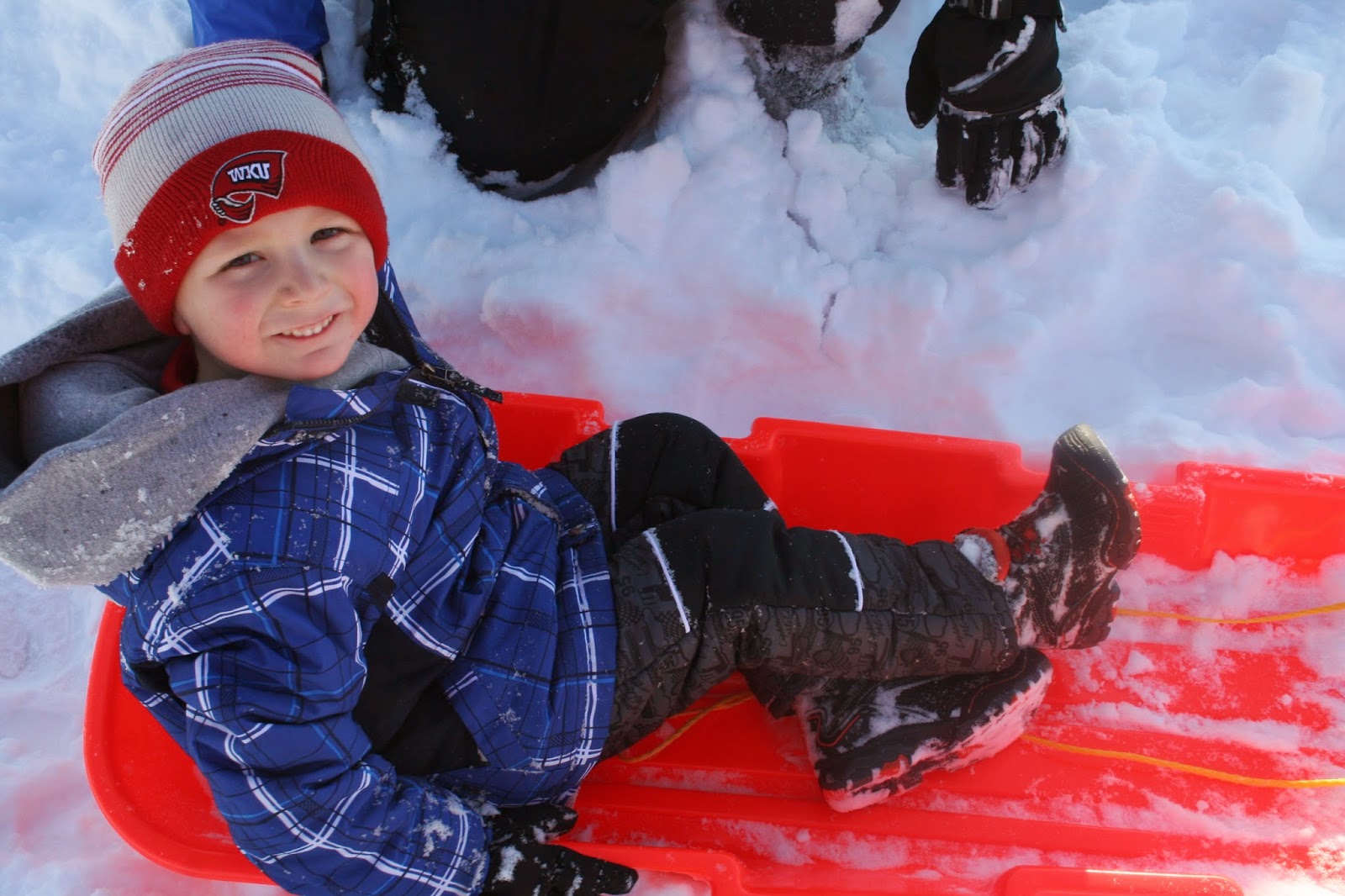 Let's review.  One kid ate bad snow and puked.  One kid has the black lung, ok not really, but it sounds like it.  Oh, and did I mention that my car battery was dead?  UGH!!!  Eric had to make a trip on the treacherous roads to get me a new one so that I can make it to work tomorrow.  Good times, ya'll! 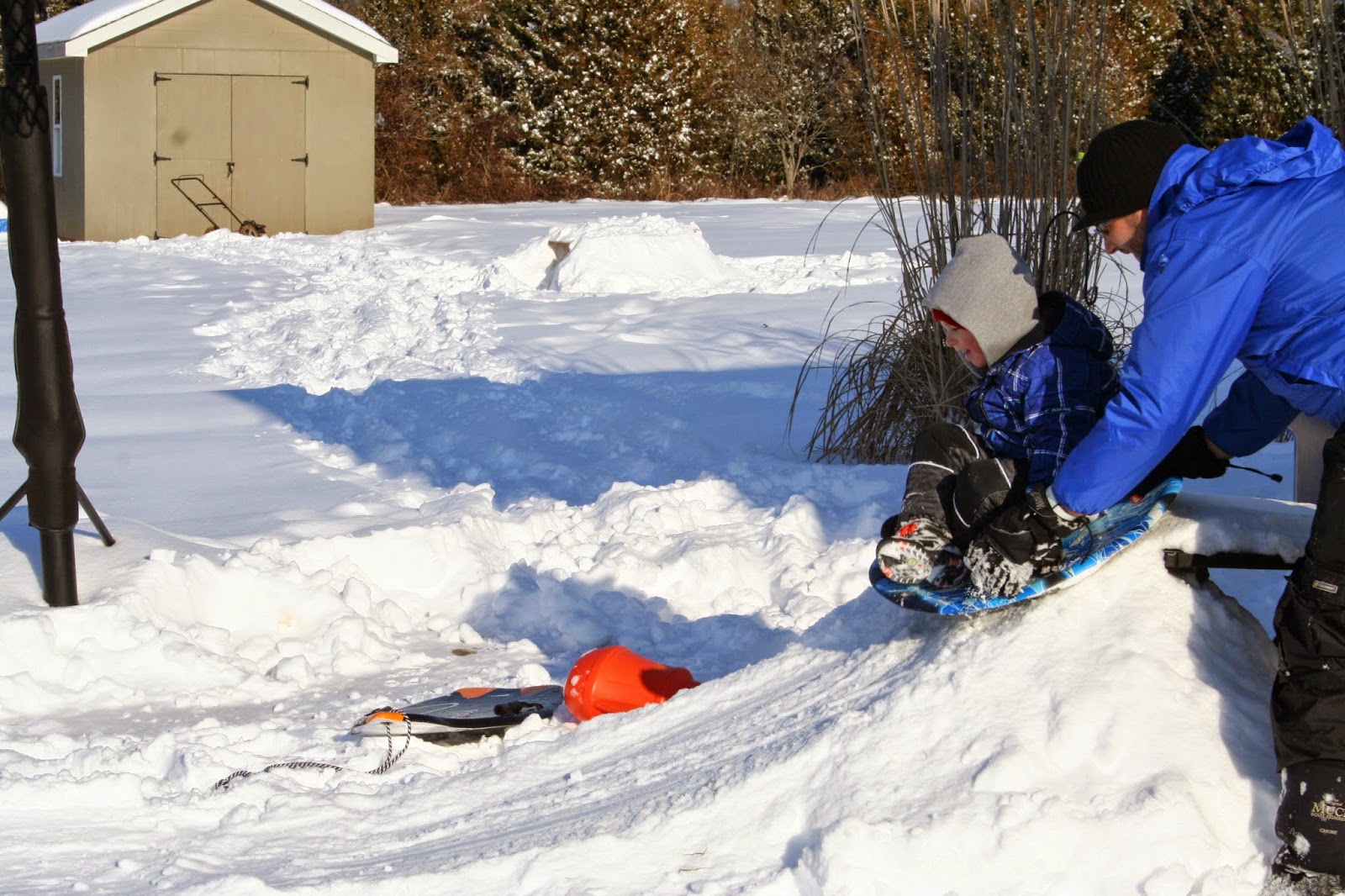 The good news, is that both kids were feeling well enough to play out in the show this afternoon.  Above is the ramp Eric built for Eli.  It's snow stacked up to the patio table with the pool ladder for him to climb on.  It was a hit! 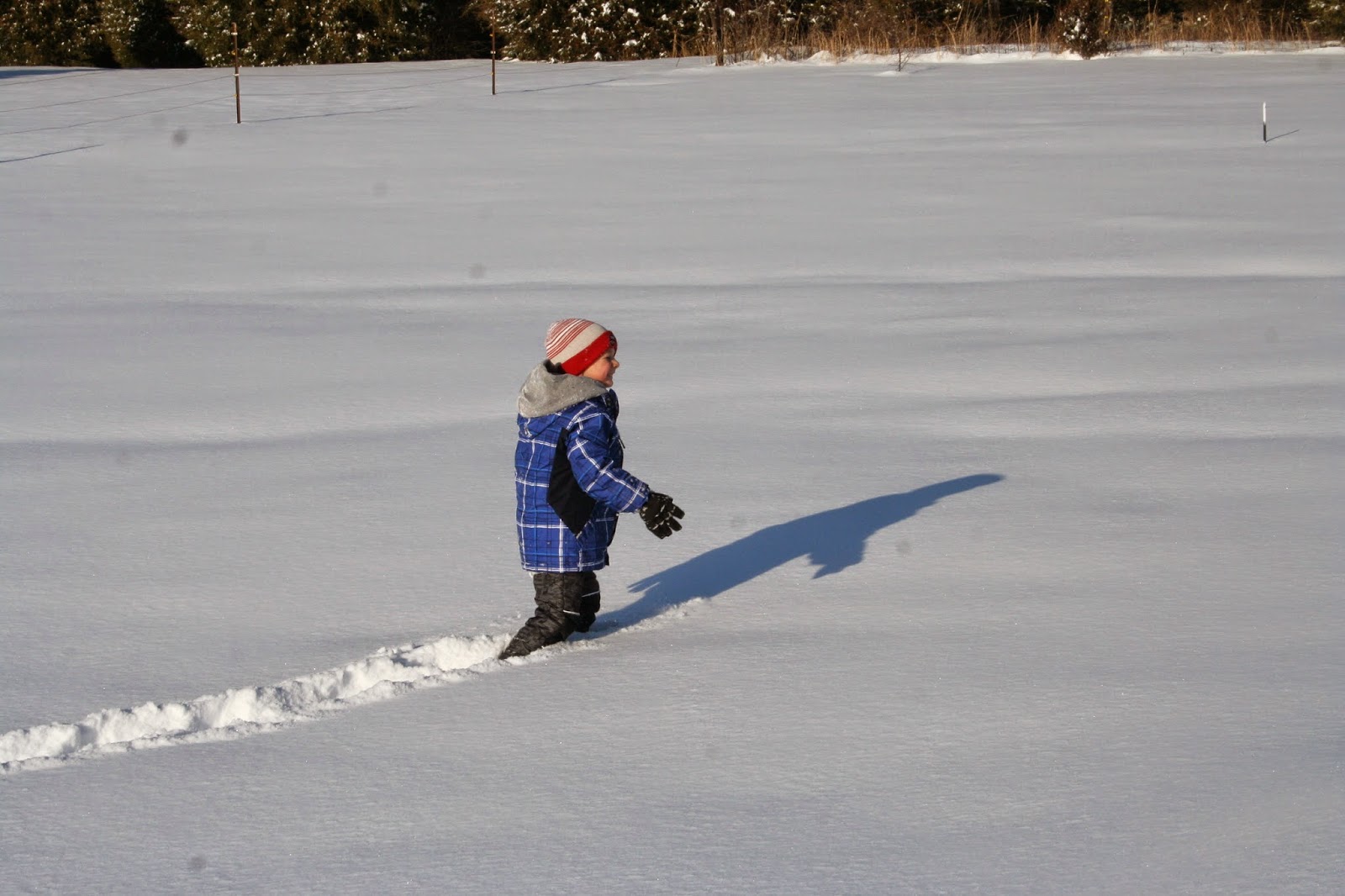 I love this picture of Eli walking through the yard.  It makes it look like he's voyaging out into the Tundra.  Ha!  It was such a challenge for him!  Worry not.  As you can see below, Daddy came to the rescue.  I rescued Ellie who once again was done with the snow in less than two minutes. 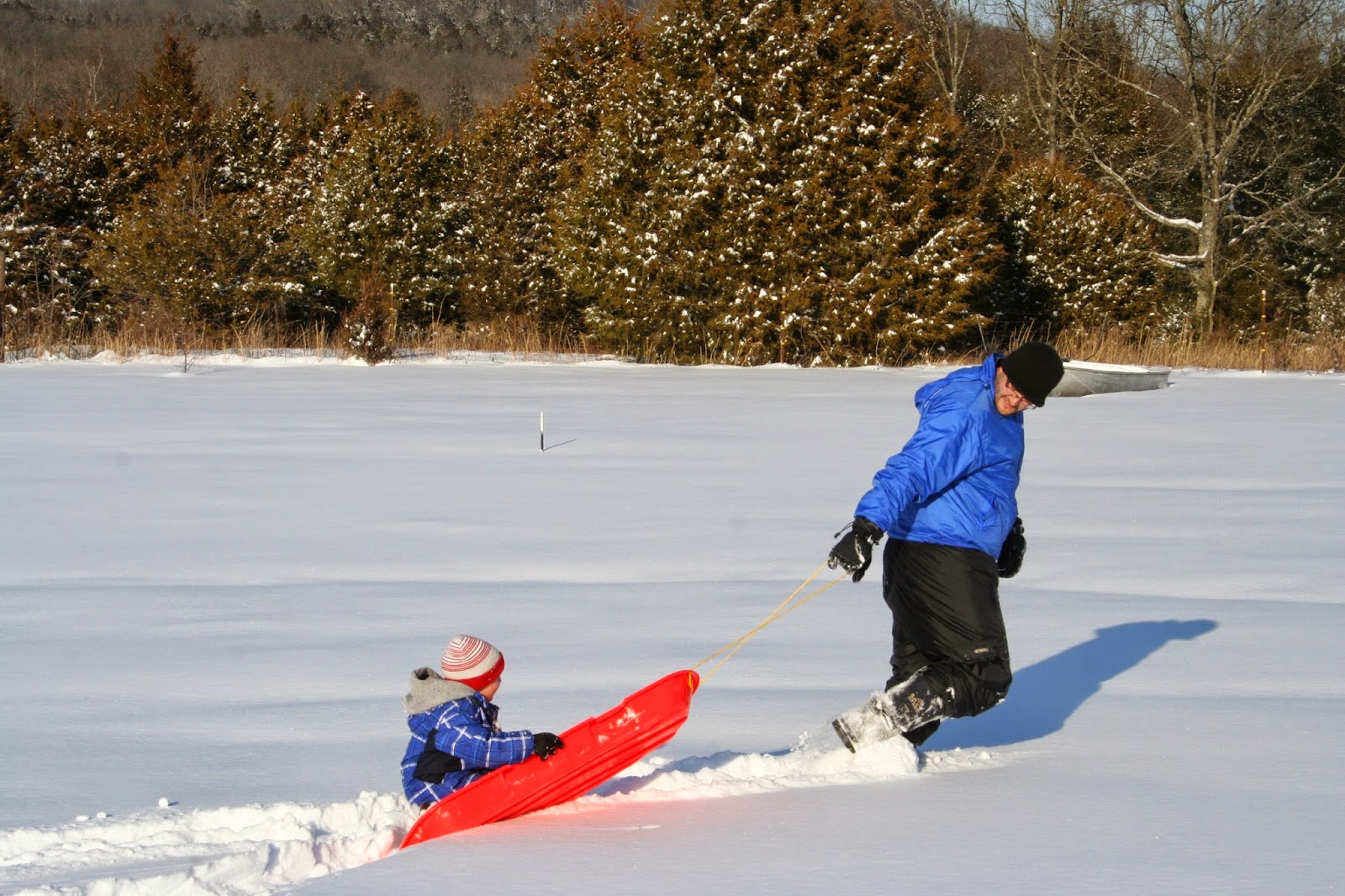 I had to do a little work from homes, so the boys used it as a chance to thaw out before heading back out for more sledding.  It must have been tiring because both kids fell asleep at dinner.  Ha!  What a blessing these two days have been!