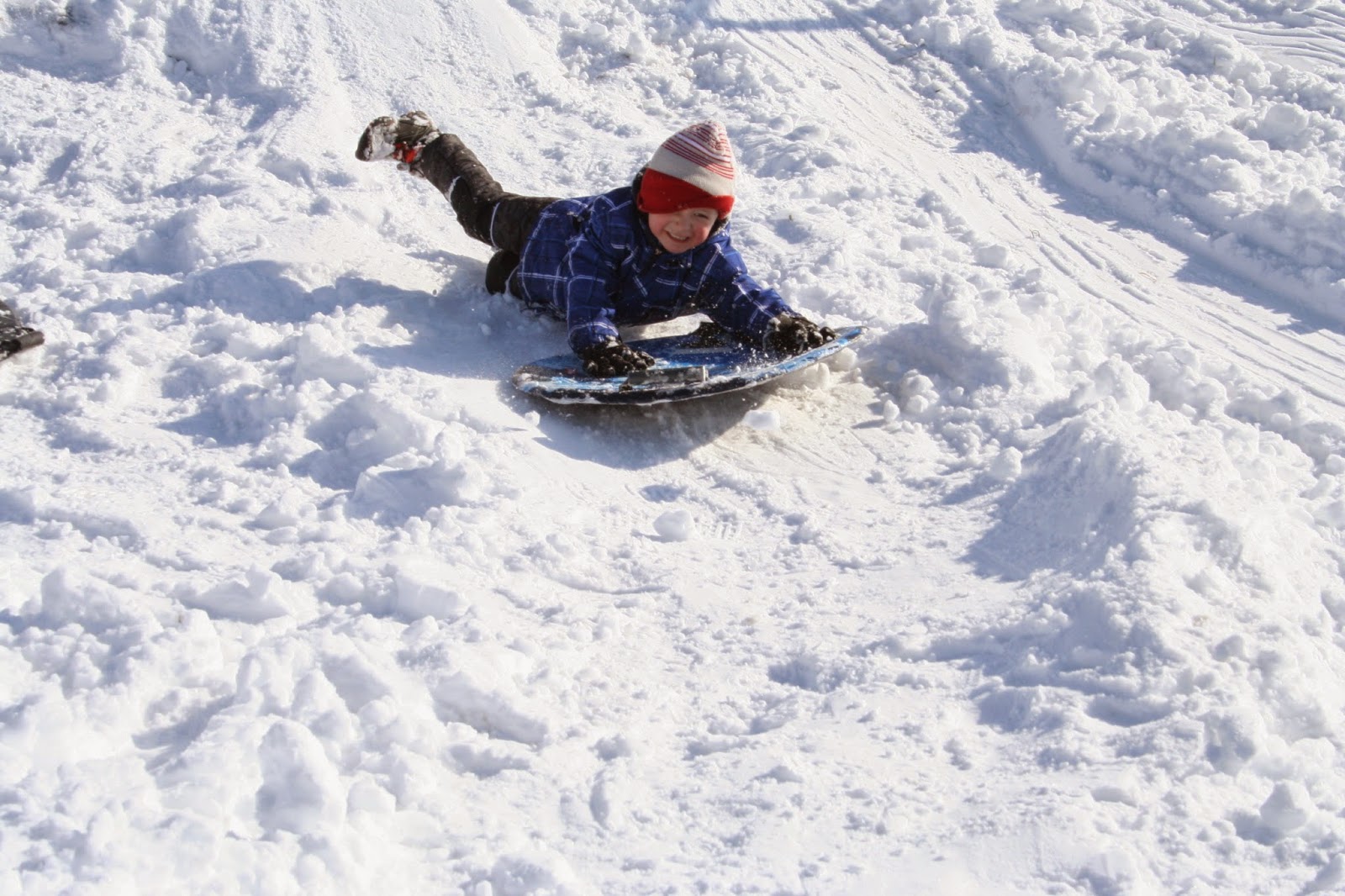 In case you haven't heard, the storm of the century hit Kentucky this week and help a foot or more of snow in most places.  Needless to say, we didn't make it into work.  We used the time to be together as a family which was just what the doctor had ordered. 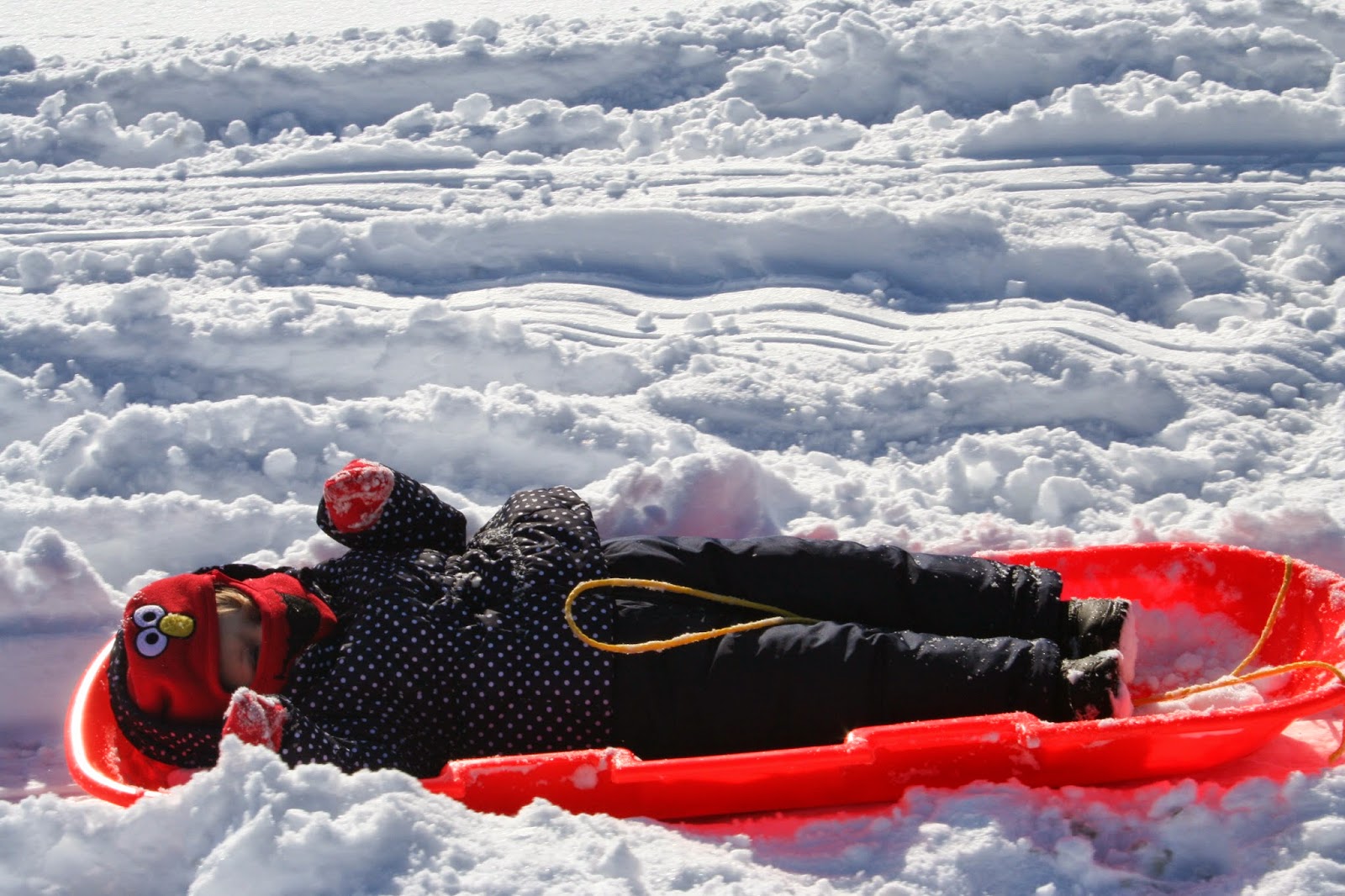 I spent the morning cleaning while Eric shoveled the drive-way.  After lunch we went outside for some sledding.  Elli was much more excited this go-around.  As you can see above, she enjoyed the sled as long as she didn't have to exert too much effort. Ha! 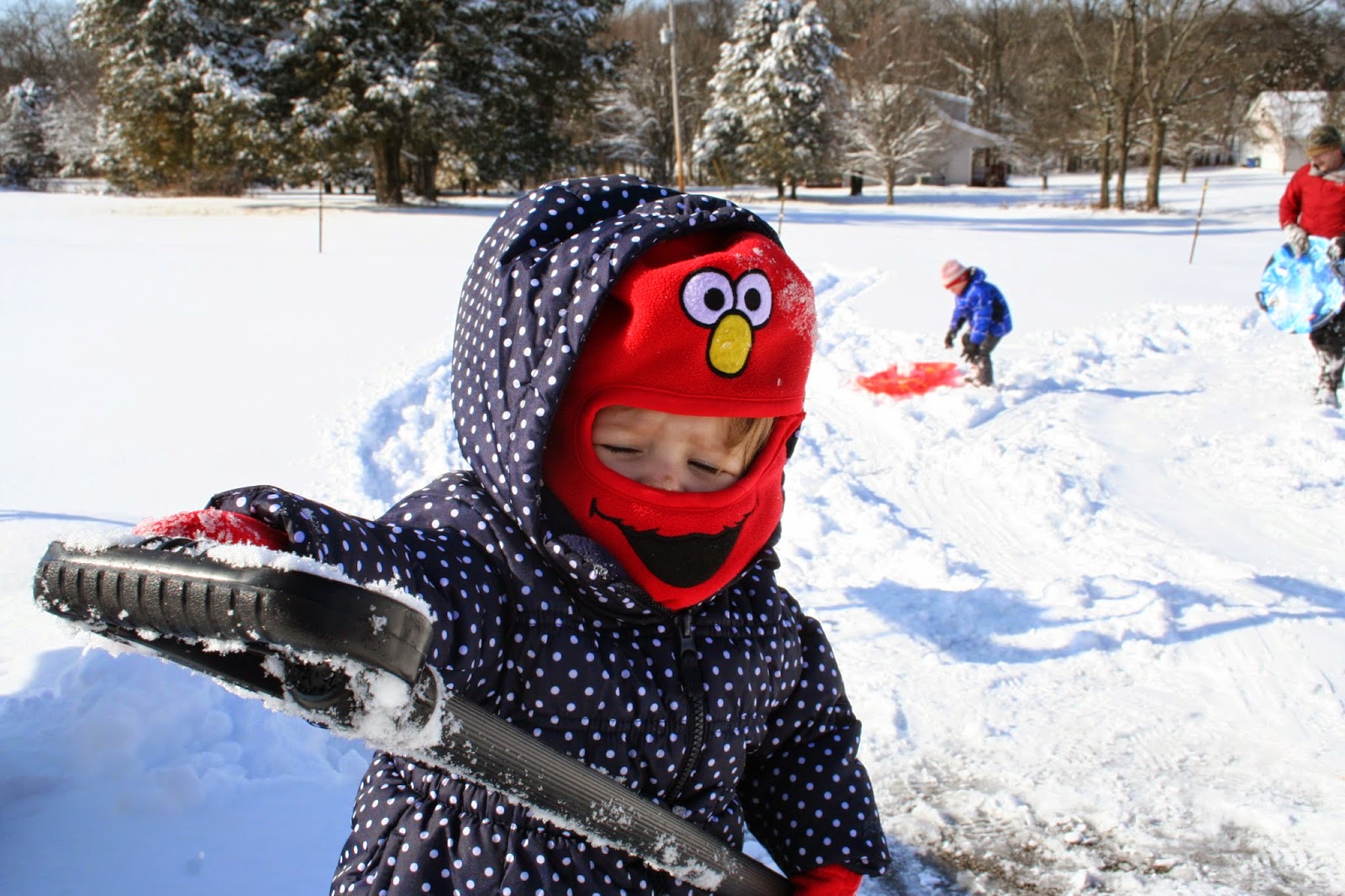 This time around, Eli was a bit more pouty.  In fact, he declared that he is praying that it will never snow again.  Honestly, I can't say that I blame him.  At least,  I hope it doesn't snow again this year. 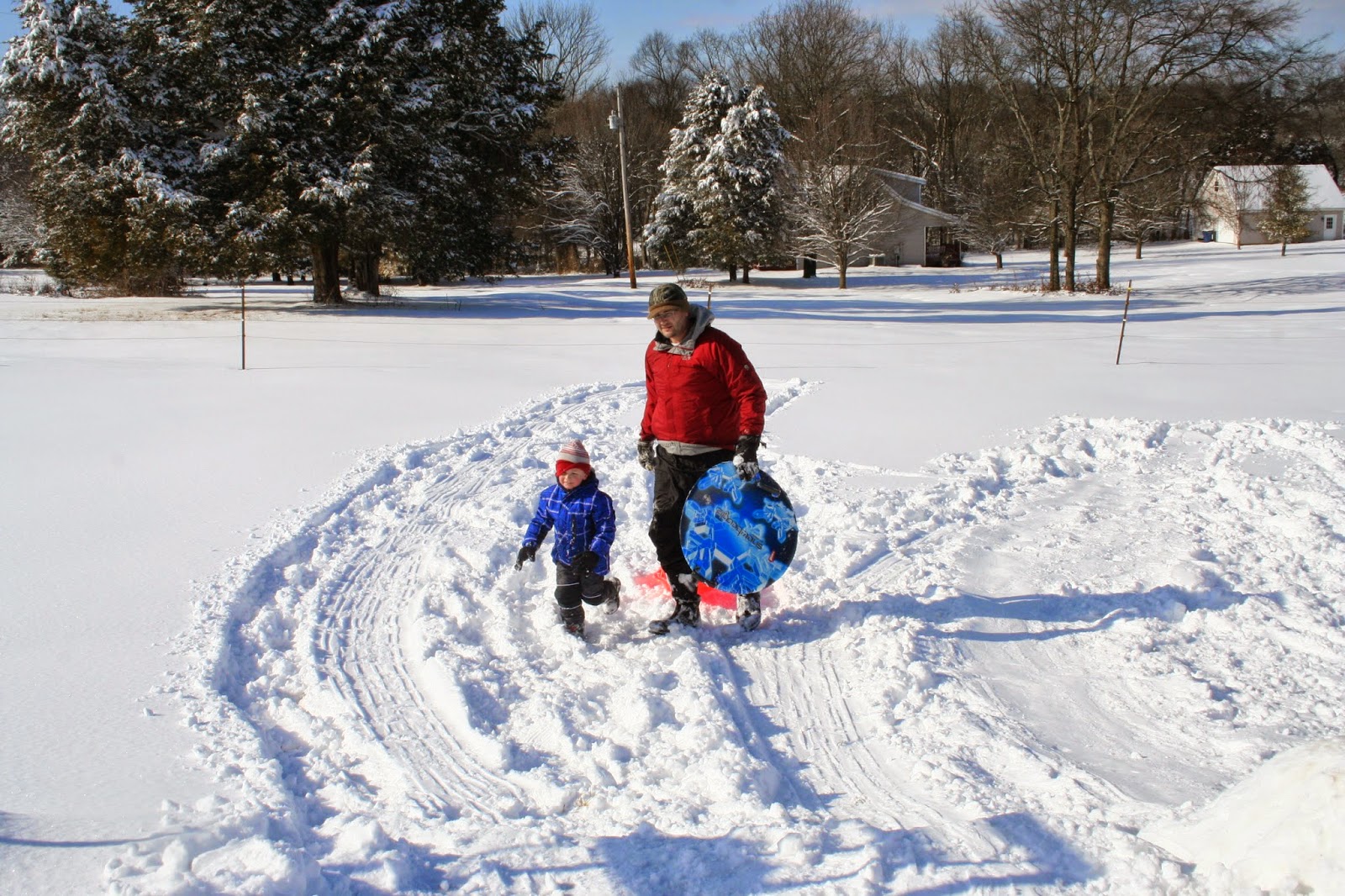 As always, Eric was a trooper.  After hours of shoveling the snow, he still cut out some time to play in it with the kids.  I still have memories of my dad playing with me outside on winter days, so I know that our kids will cherish this time one day. 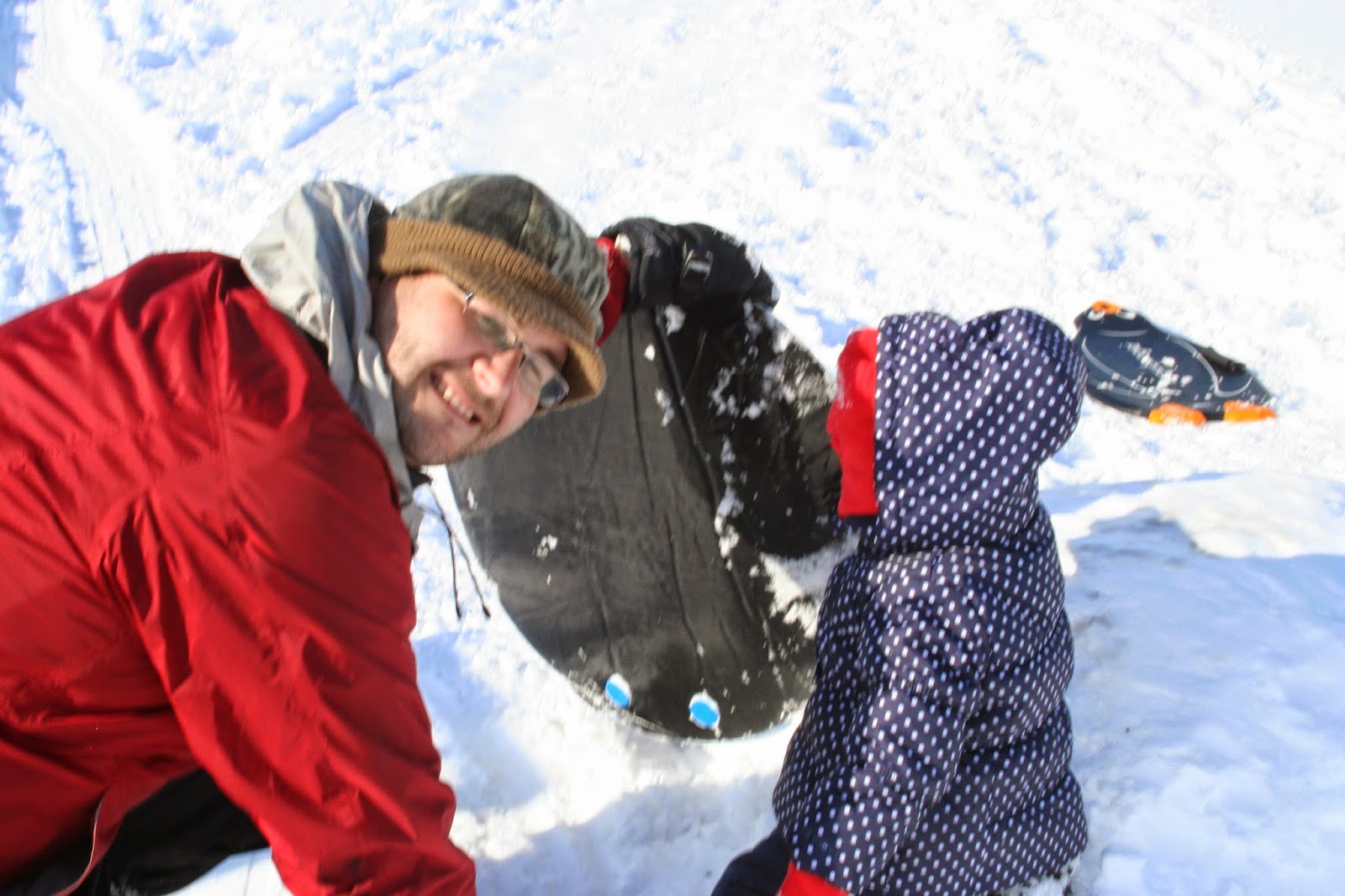 Below is proof that I actually have three kids.  Eric is such a child at heart and had as much fun in the snow as the kids did.  Even I took a few risks and went sledding.  The hardest part for me was getting on and off the sled.  I'm not as agile as I used to be! 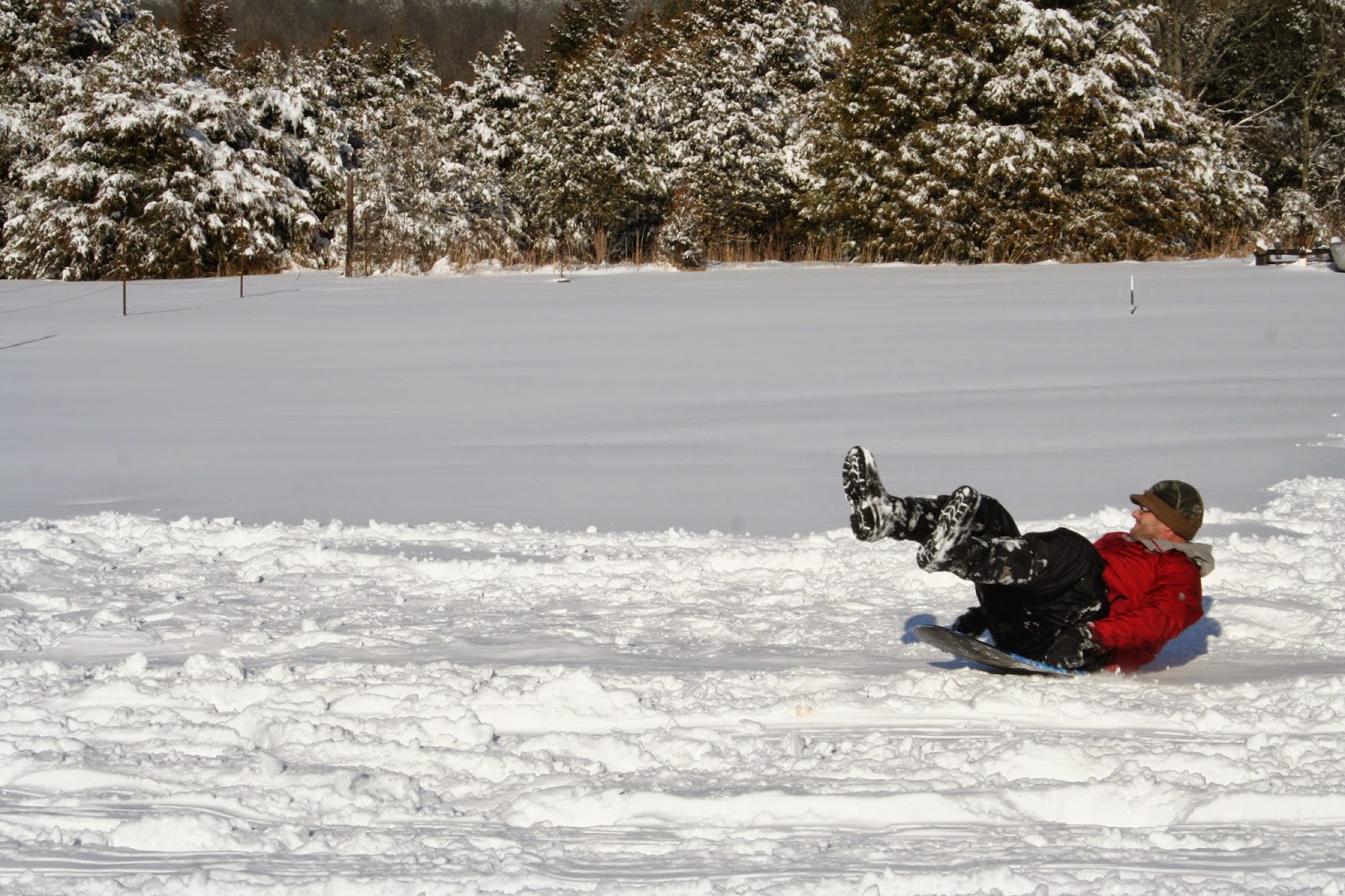 After sledding, we built a snowman. Ellie and Eric did the brunt of the work, and Eli picked out the knight gear.  He also had pennies for teeth and string cheese for a nose, but I talked hime out of it. 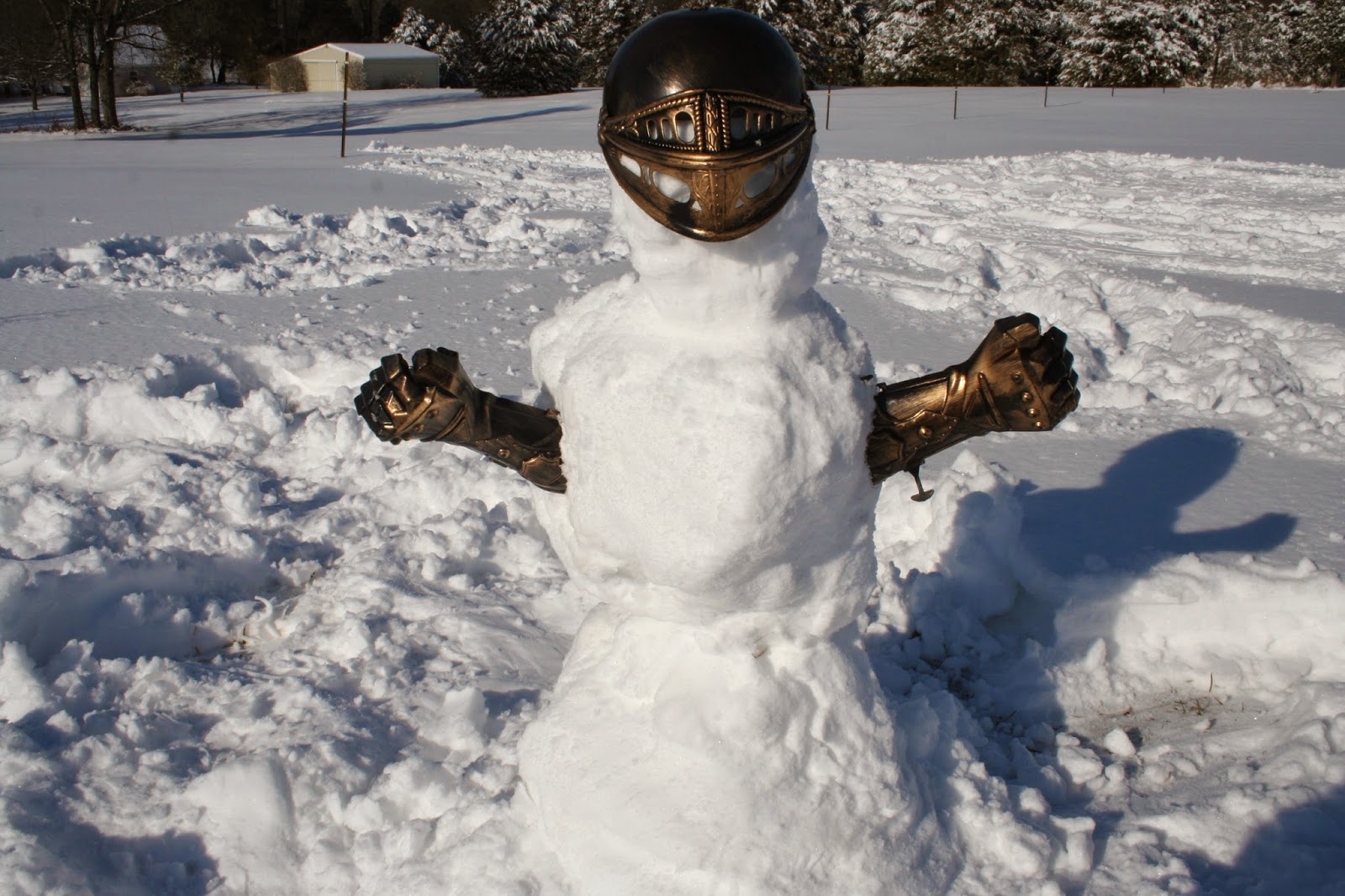 Back inside it was more laundry, cleaning, and dinner.  Then it was lights out because we were all just a little tired from the snow day fun.  As much as I enjoyed it, I am fine to wait another year for the next round. Snow, snow…GO AWAY!!! 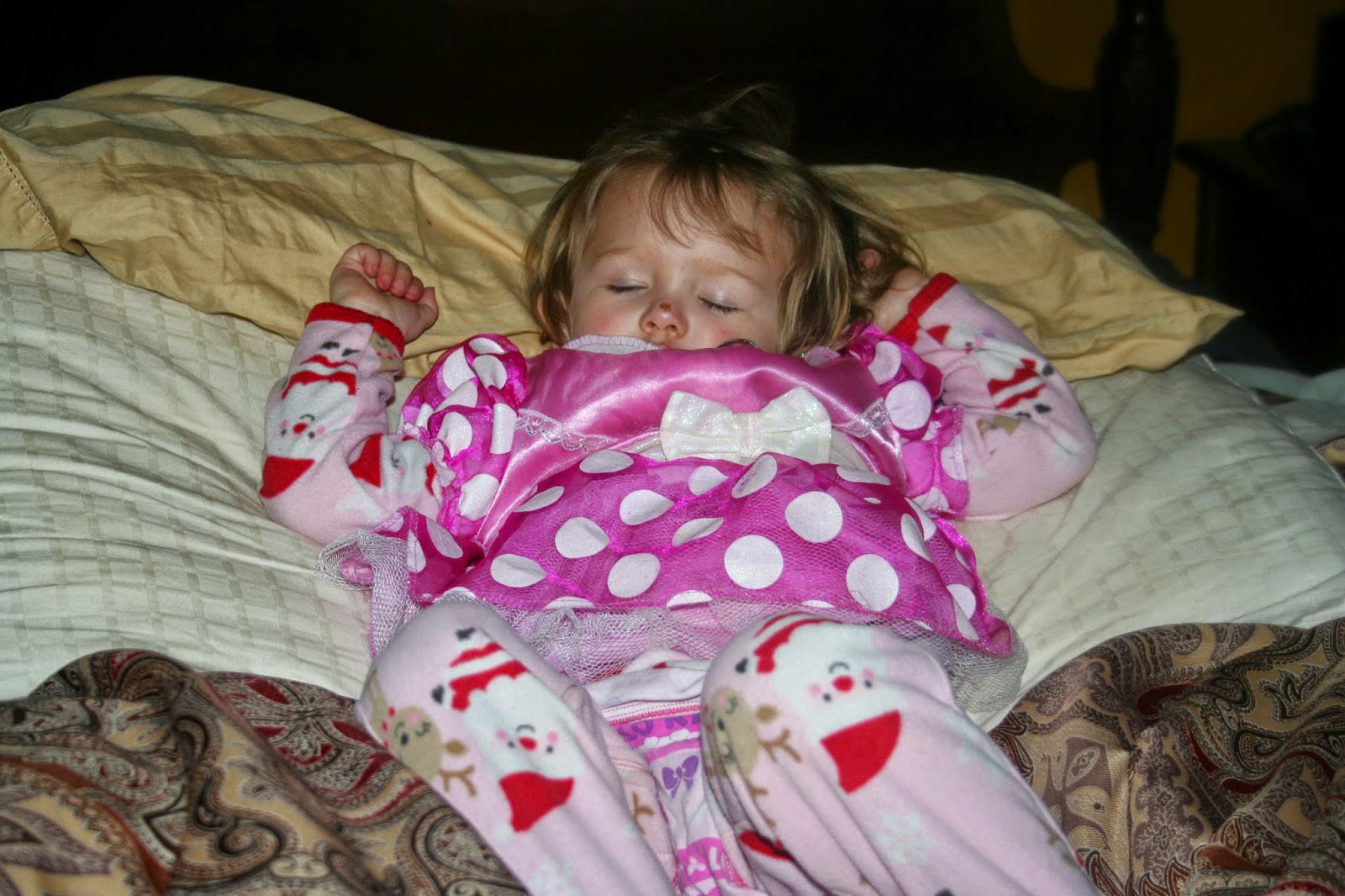