We had such a fun day!  After getting all the kiddos up and ready, we headed to Huntsville to take them to a cultural center/children's museum, and boy do we have some stories to tell. 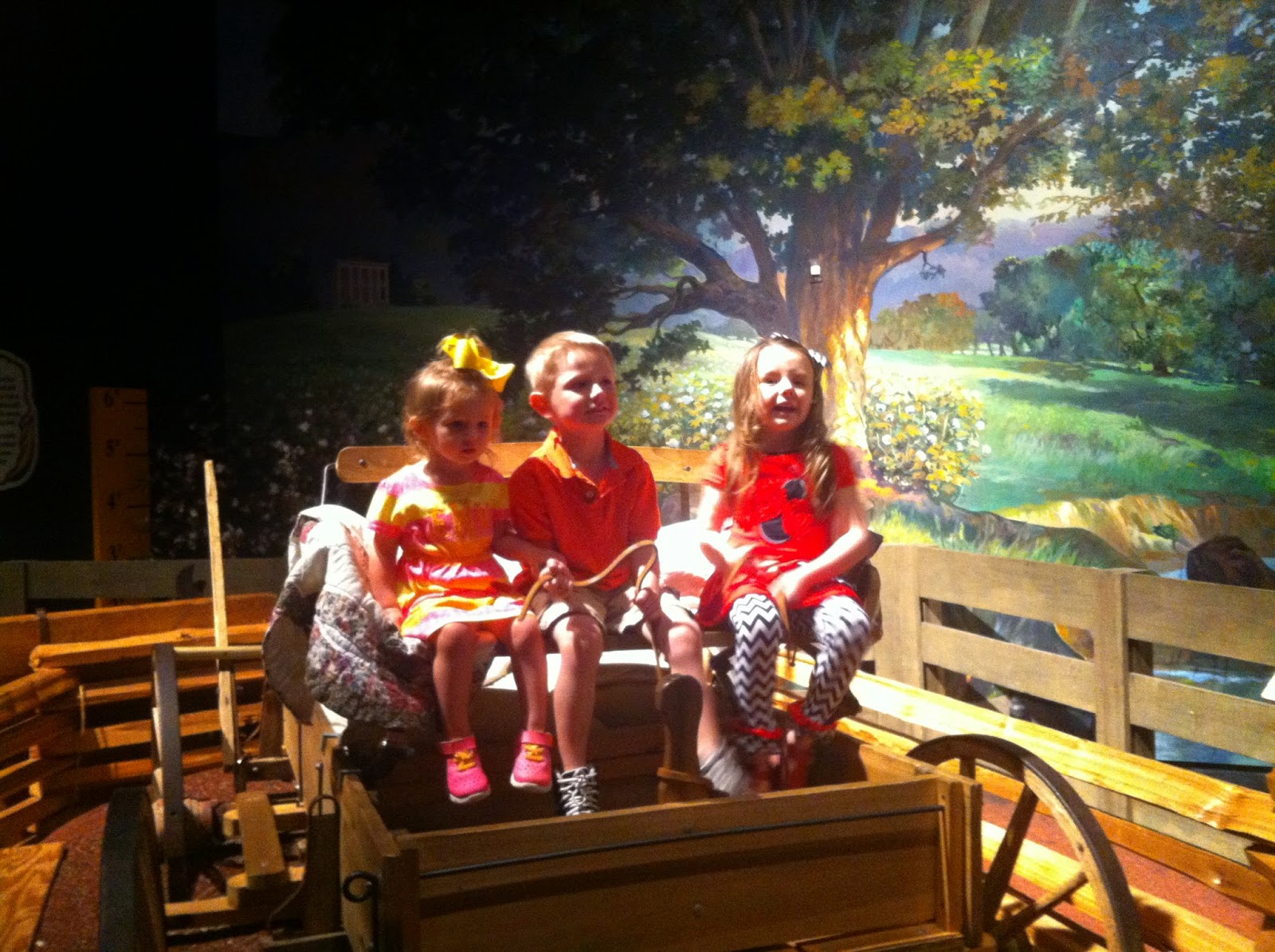 There are sure to be mishaps and lots of laughs when you have three curious kids in tow.  That's exactly what happened today.  At one point we were in the a portion of the museum that mocks a coal mine.  Paisley pushed the button to get the exhibit rolling. 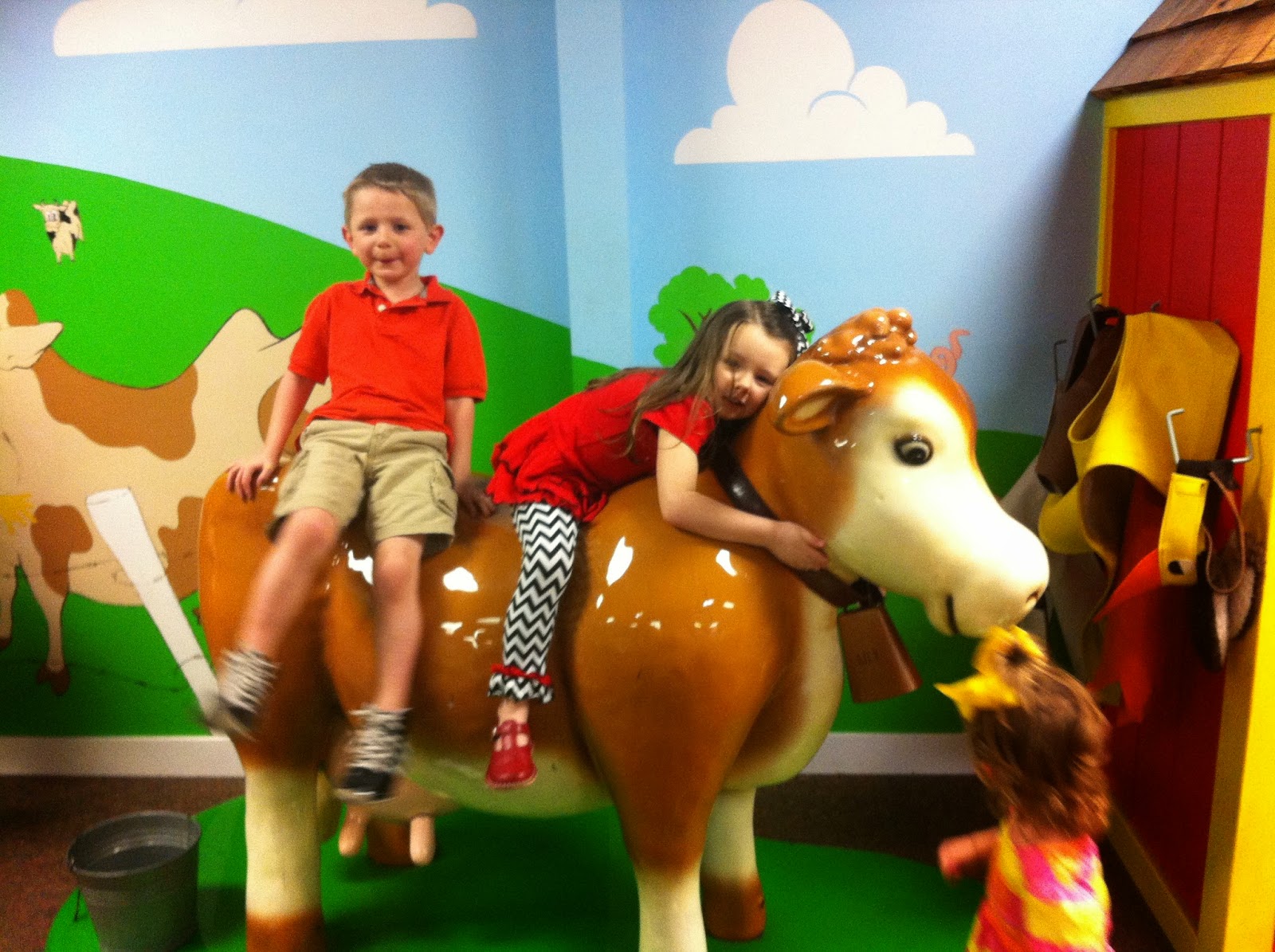 She forgot to tell my kids that it was noisy, and they flipped out.  They came running around corner screaming, "Momma, Momma!!"  Haha.  It shouldn't have been funny, but it was to me.   I'm pretty sure their future careers won't involve this energy source. 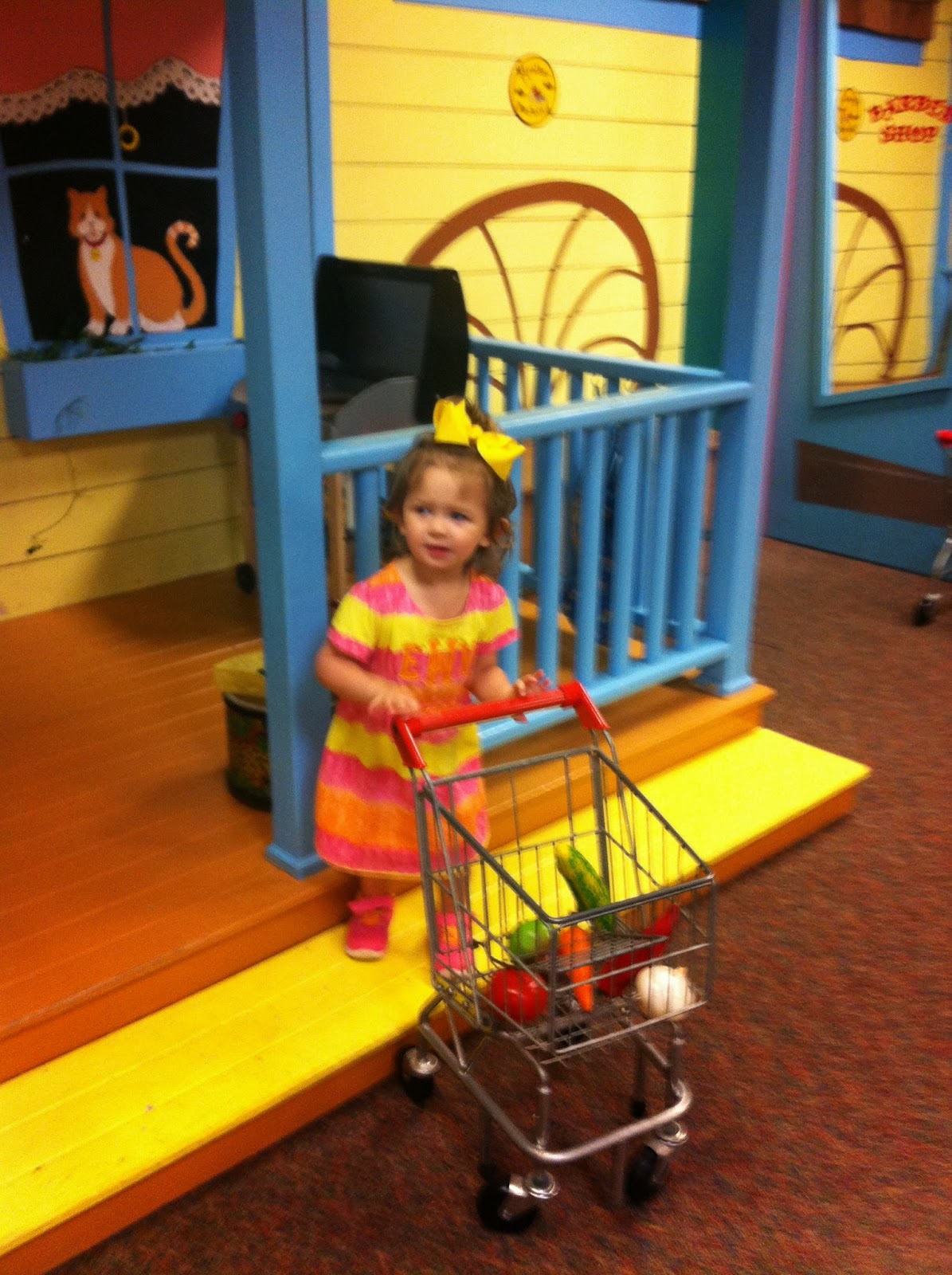 Lunch was another story.  After a morning of fun at the museum and a short walk to the pizza parlor downtown, the kids were just worn plum out.  The older two were fine, but Ellie was a hot mess.  We've hit the independent stage, and she wanted to do everything herself...everything!  This ended with pizza sauce staining my white pants and an entire drink being spilled on the floor. 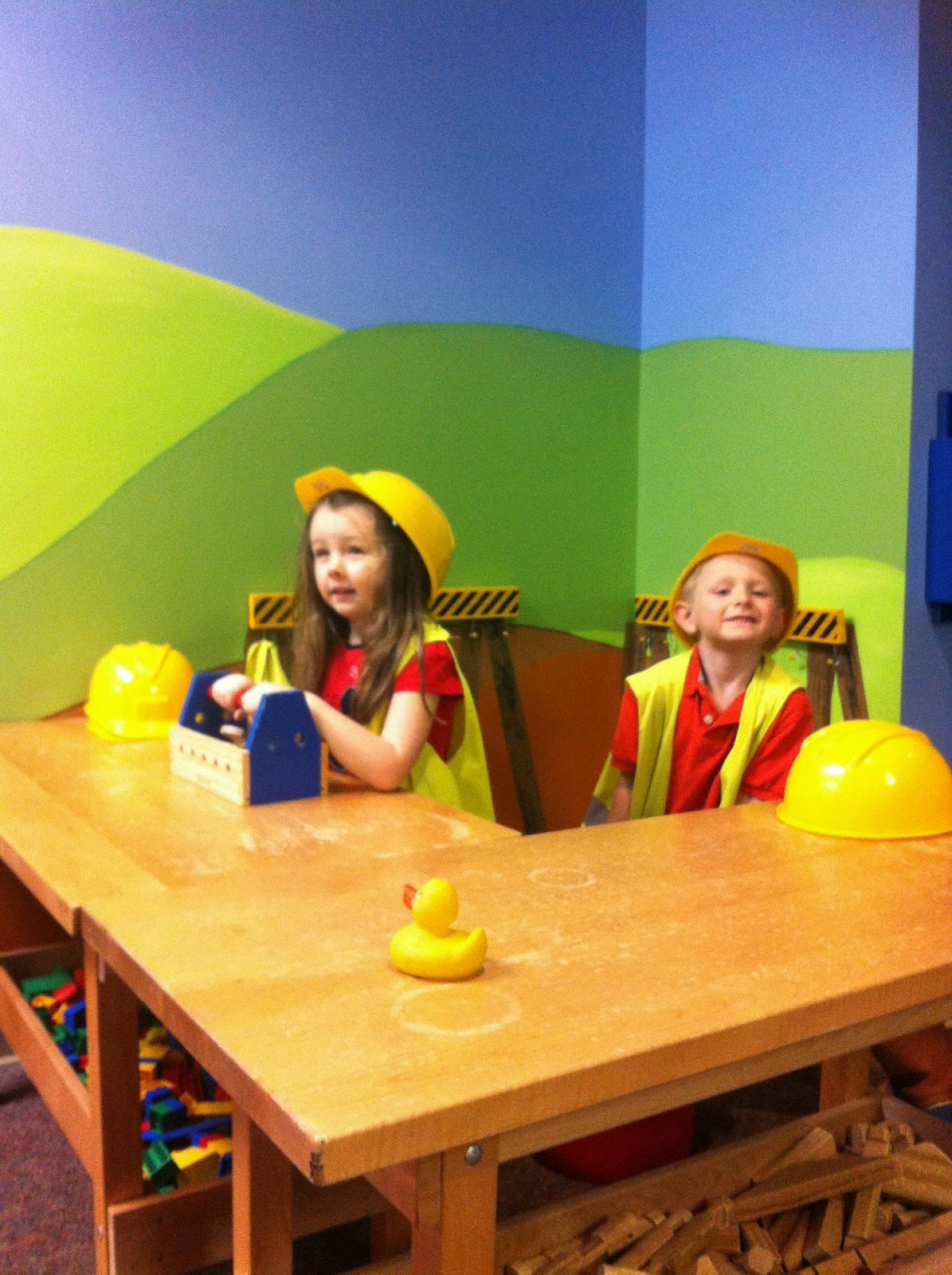 After lunch we walked back to the museum where Ellie proceeded to get in a fight with a kid over a buggy she had played with HOURS before.  I tell you, that child is a little bundle of drama. 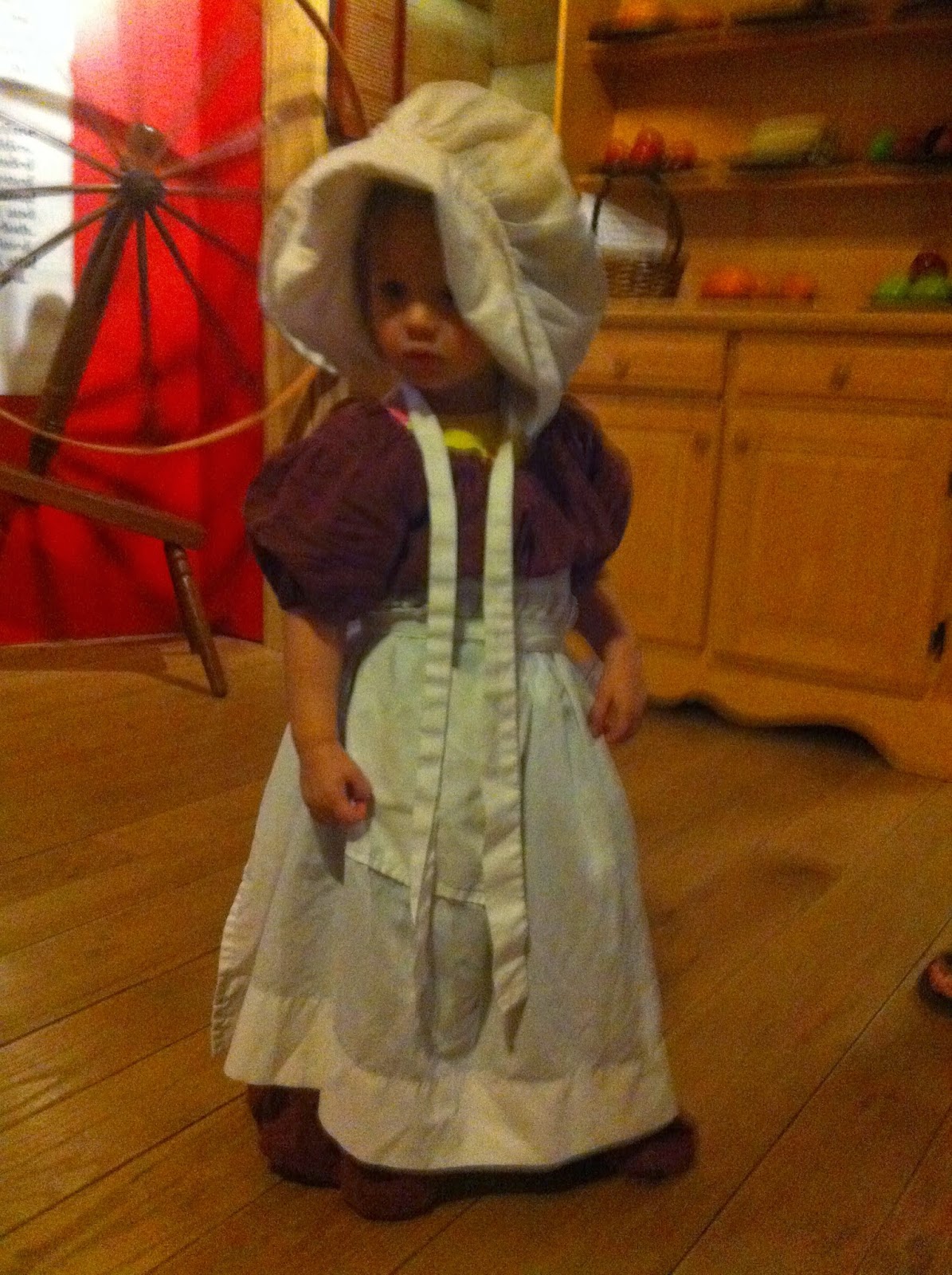 They have a little area of the museum where kids can dress up like pioneers.  It was so much fun, but I think we had more fun talking pictures than the kids did. 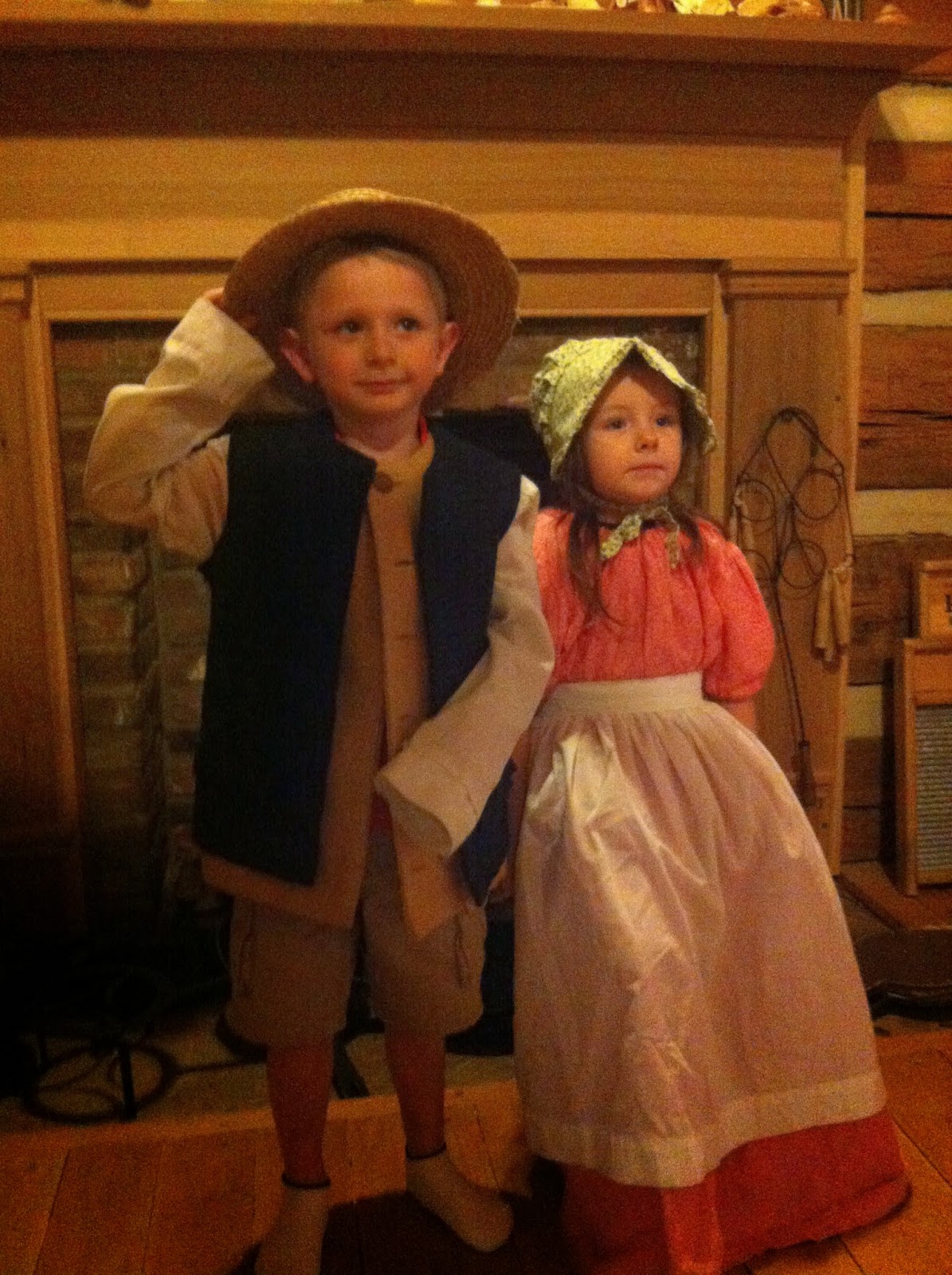 These two look like they're ready for the Oregon Trail.  Ha! 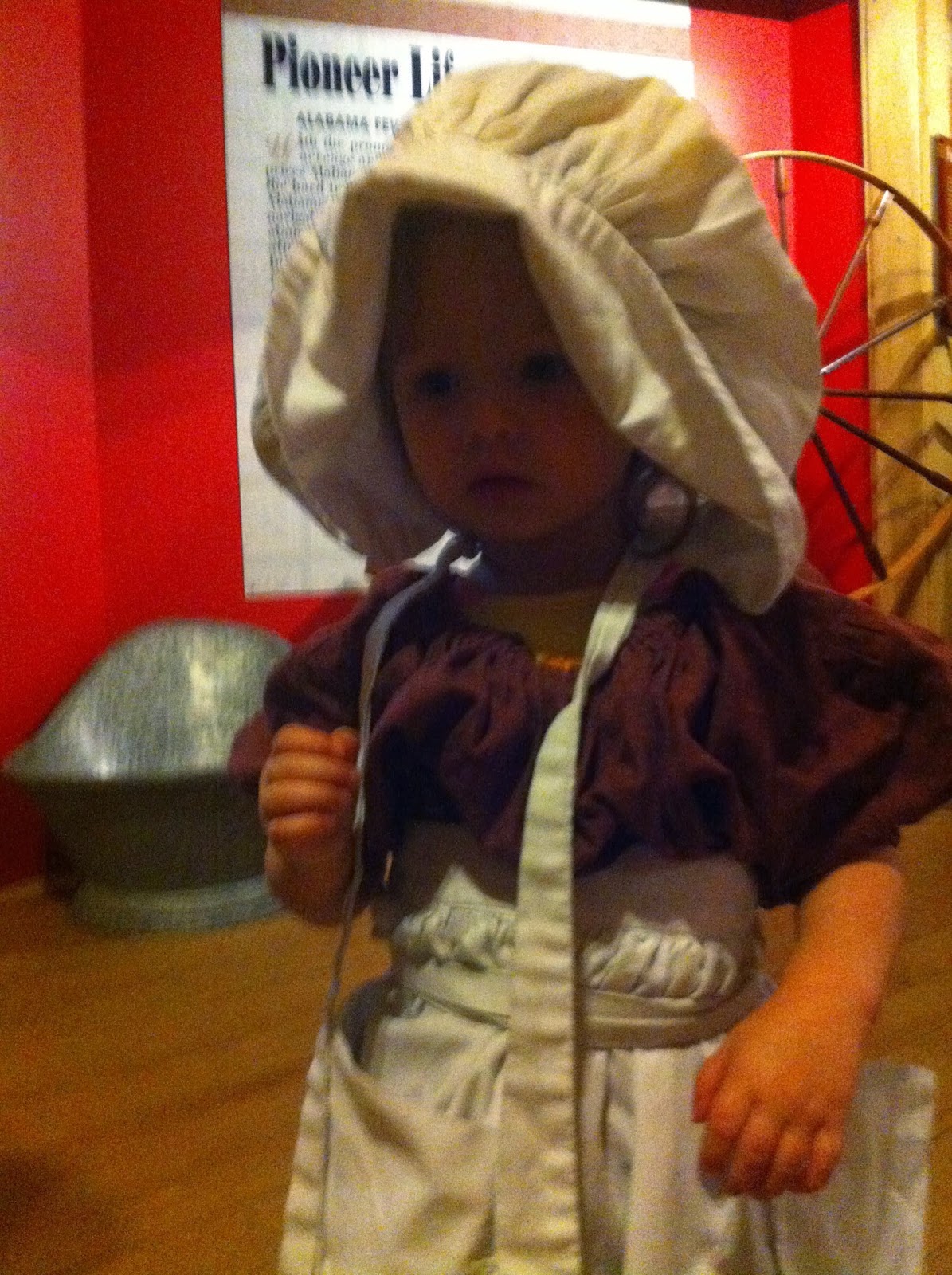 We left late afternoon and headed back to Florence for the rest of the day.  Eli, Paisley, and Ellie all fell asleep on the way home.  It was short lived but a great "Mommy Timeout." After little more rest at the house, we loaded all the kids back up and took them to the park to run off more energy. 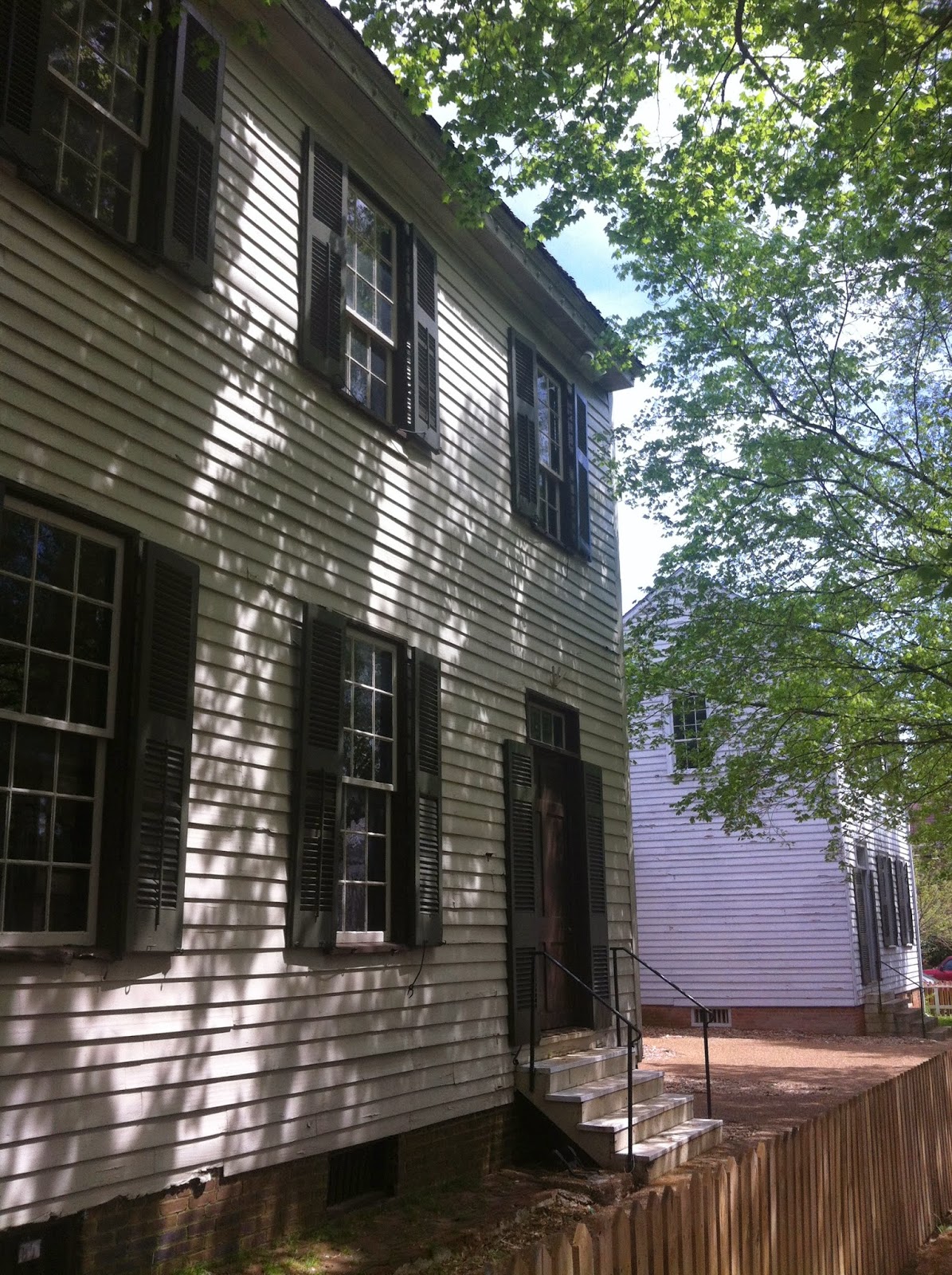 We started doing relay races with the kids, and at one point had several new "friends" join us.  It was a lot of fun and the most beautiful spring day! 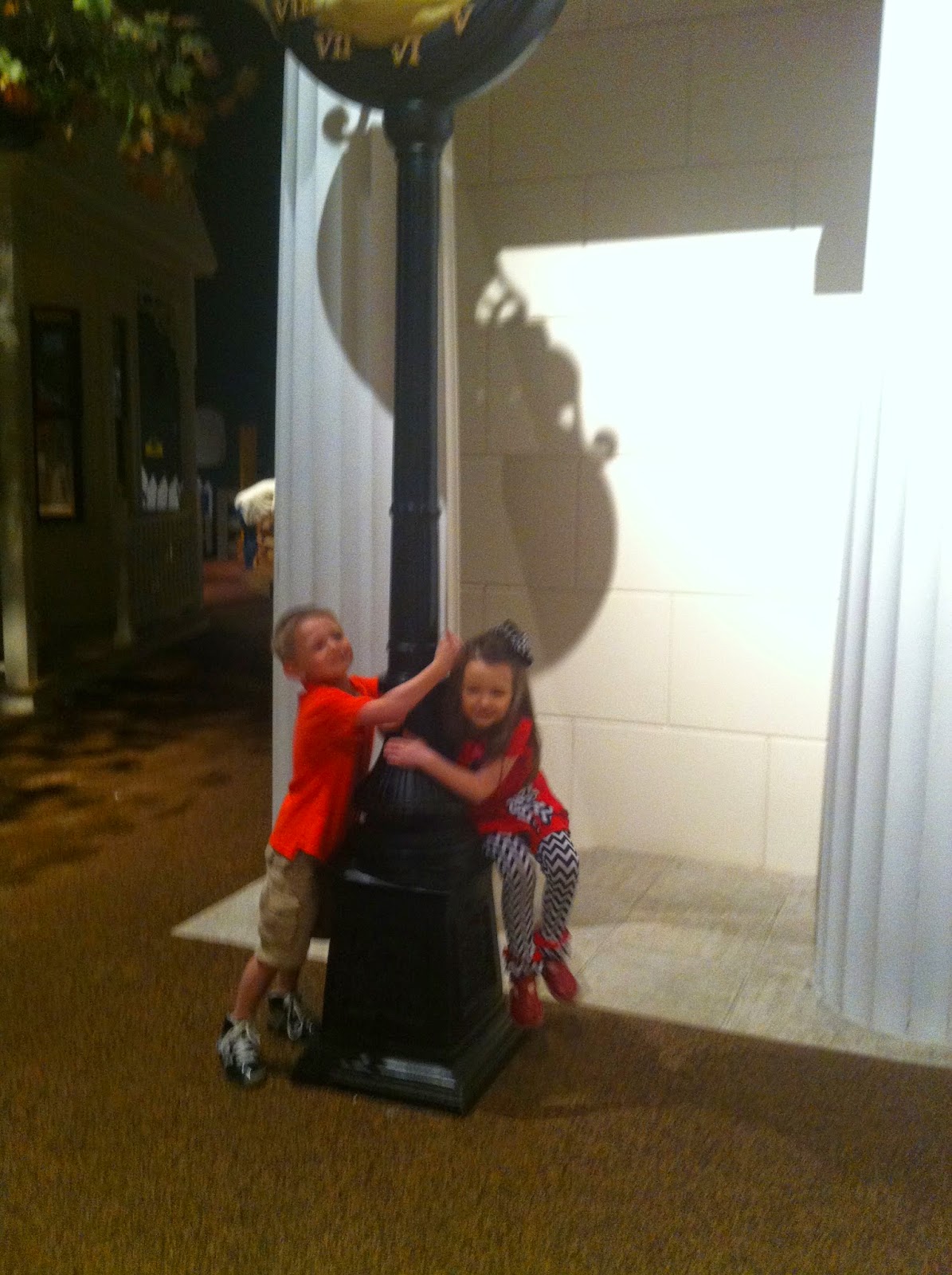 We rounded out our day with a trip to Gammy's house for lemonade and a quick dinner before settling in for more playtime.  The kids were worn out, and that's always a good thing when it comes to bedtime.  Yes?! 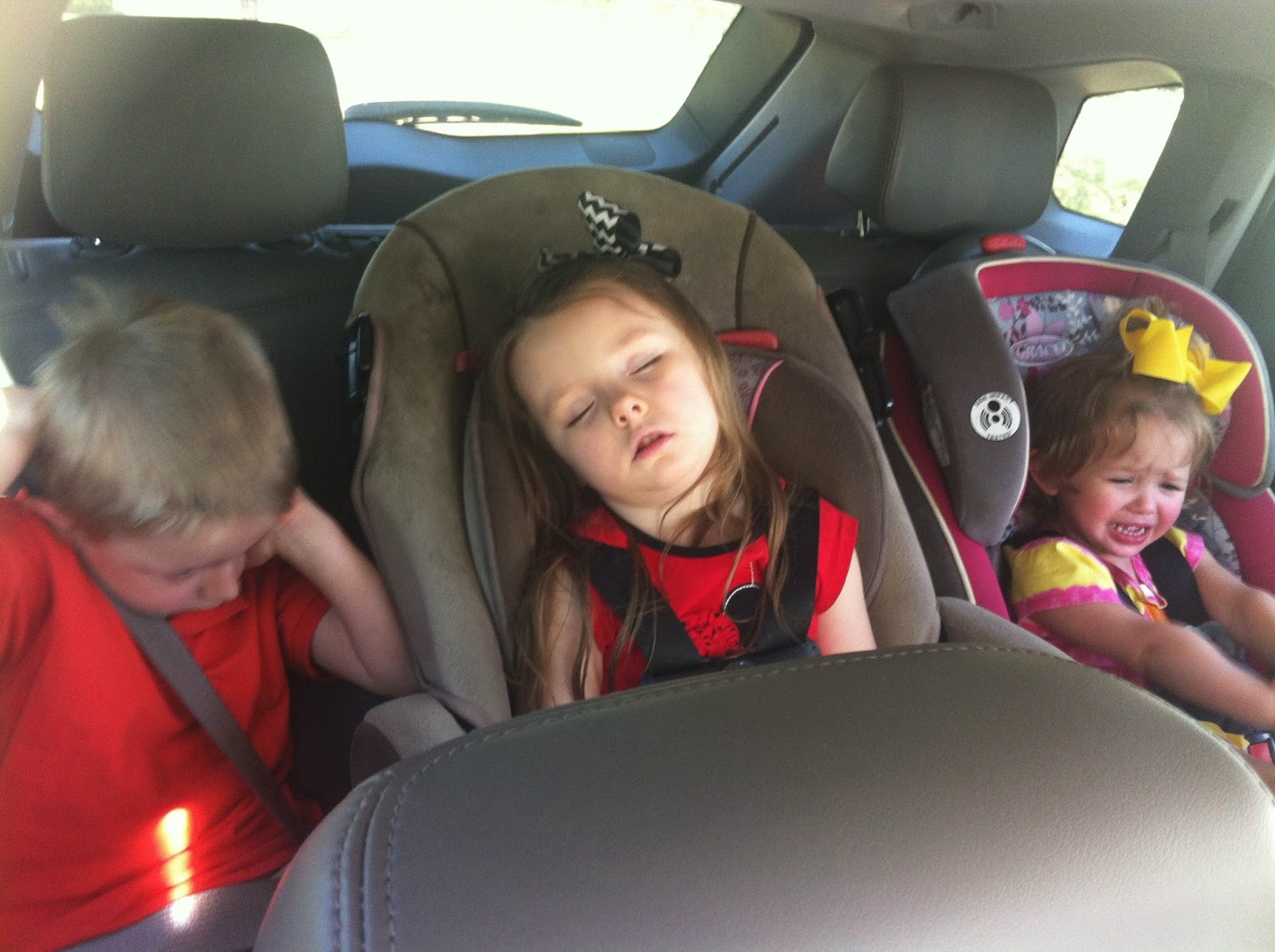