Are The Eggs Still Dying? 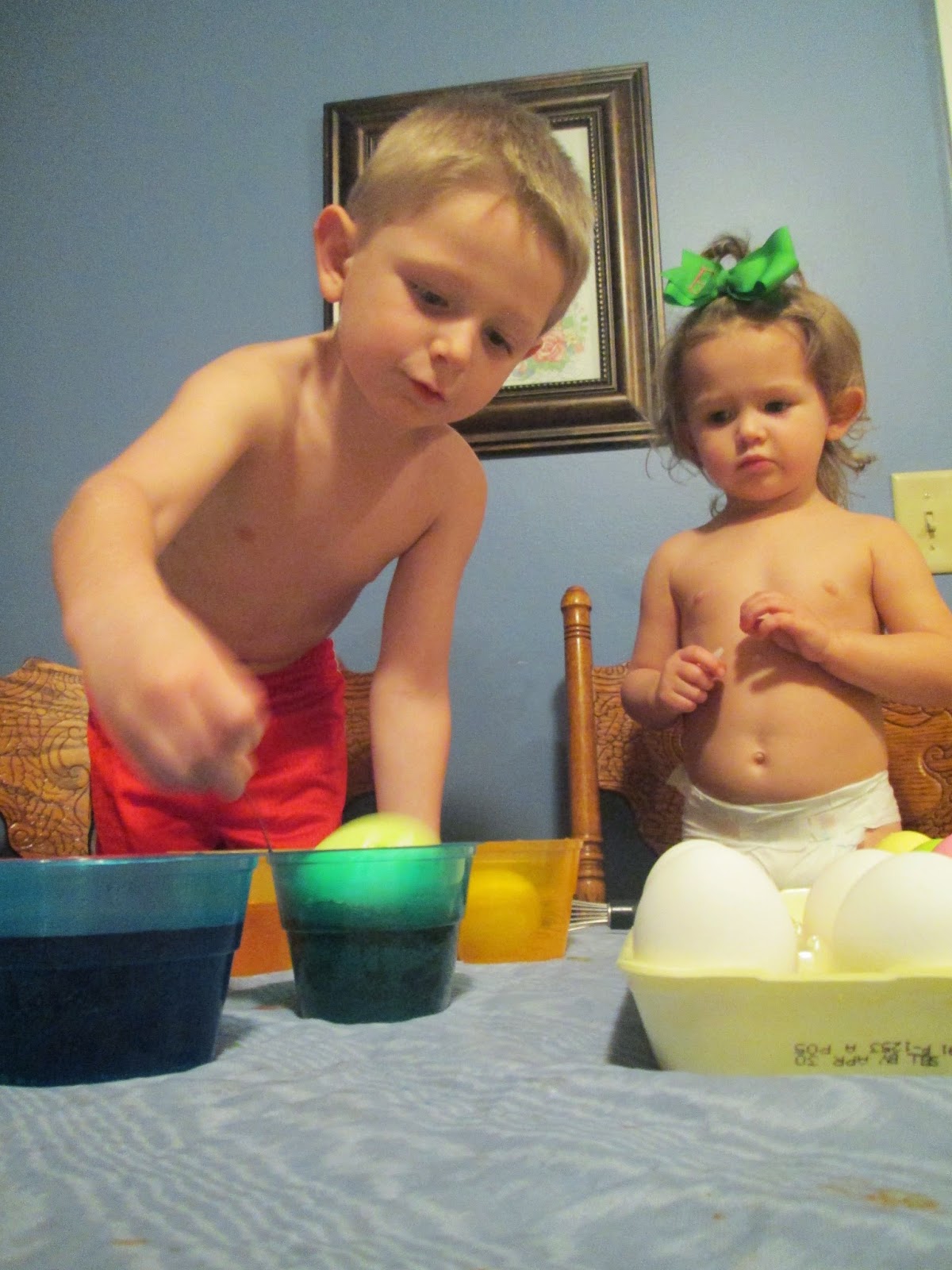 We decided to have a little fun with the kids today and dye Easter eggs.  To be honest, I was kinda dreading it.  I had visions of fights over who got the most eggs and consequential messes from the brawls I would have to break up. 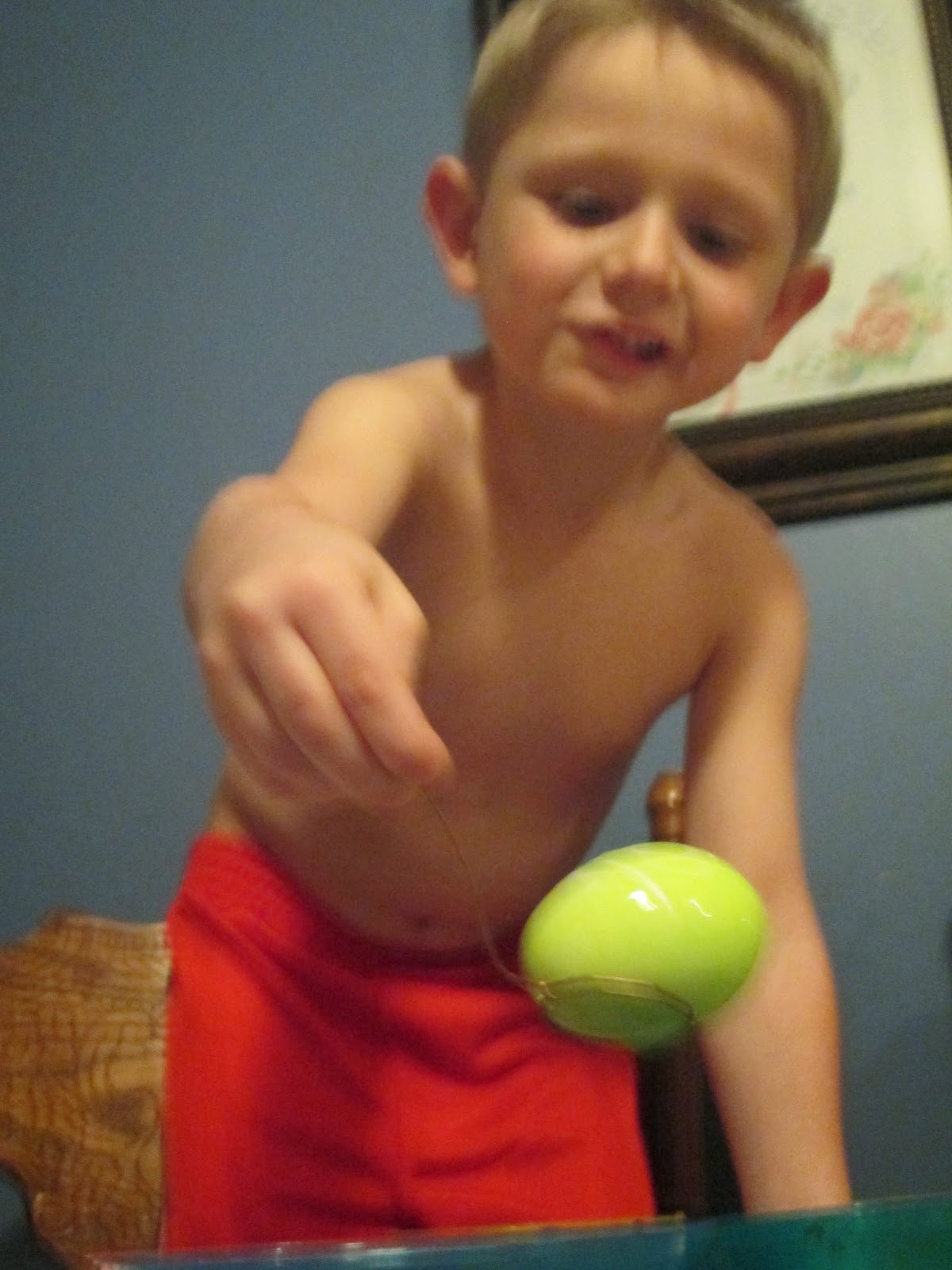 I was pleasantly surprised by our overall experience with no fights at all and very few messes.  Although, if the truth be know, we did crack as many eggs as we managed to keep in tact.  But who's counting? 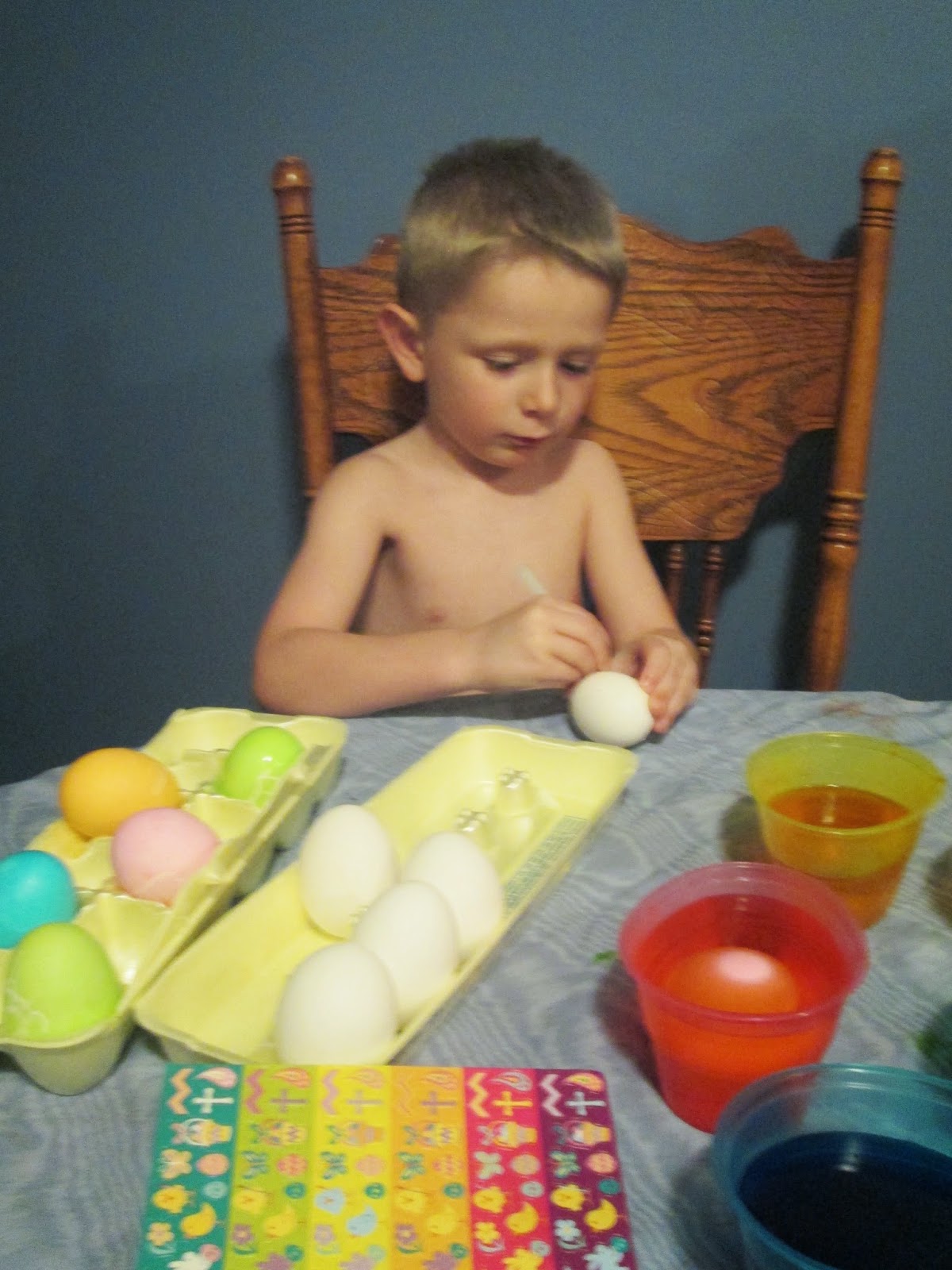 Actually, the only think I would have done differently is start earlier.  Eric got up with the kids on Saturday so that I could sleep in, which was a welcomed excuse for being behind schedule.  Then we piddled around the house working on some projects and chores before loading up the kids and heading to town for some grocery shopping. 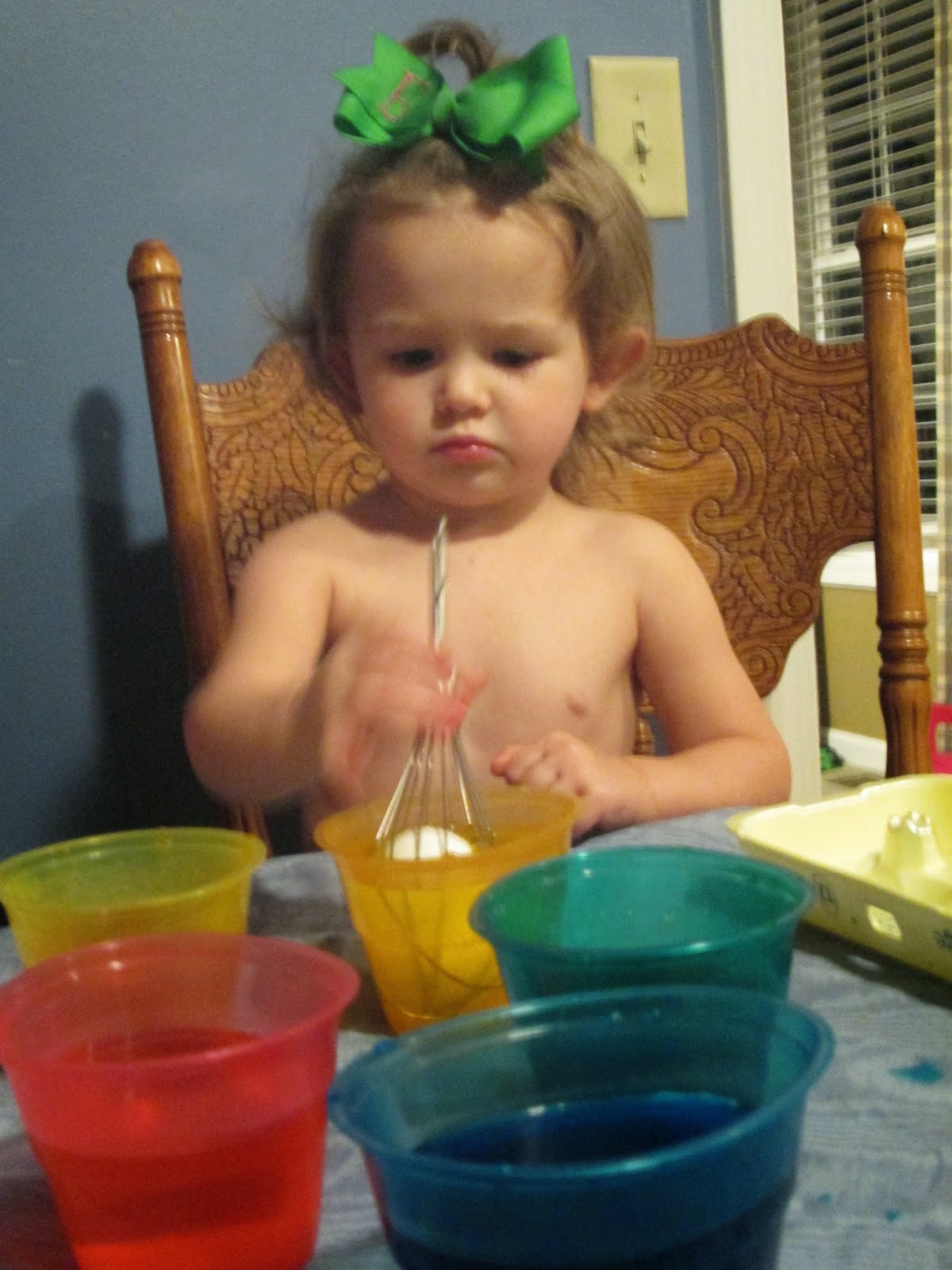 Between that, a stop at Lowe's, and a few last minutes gifts for the kids, it was after 7:00 before we got started.  Those of you without children are laughing at my low standards, but with baths to give, bedtimes to make, and Easter baskets to fill, it's imperative to get a little shut eye. 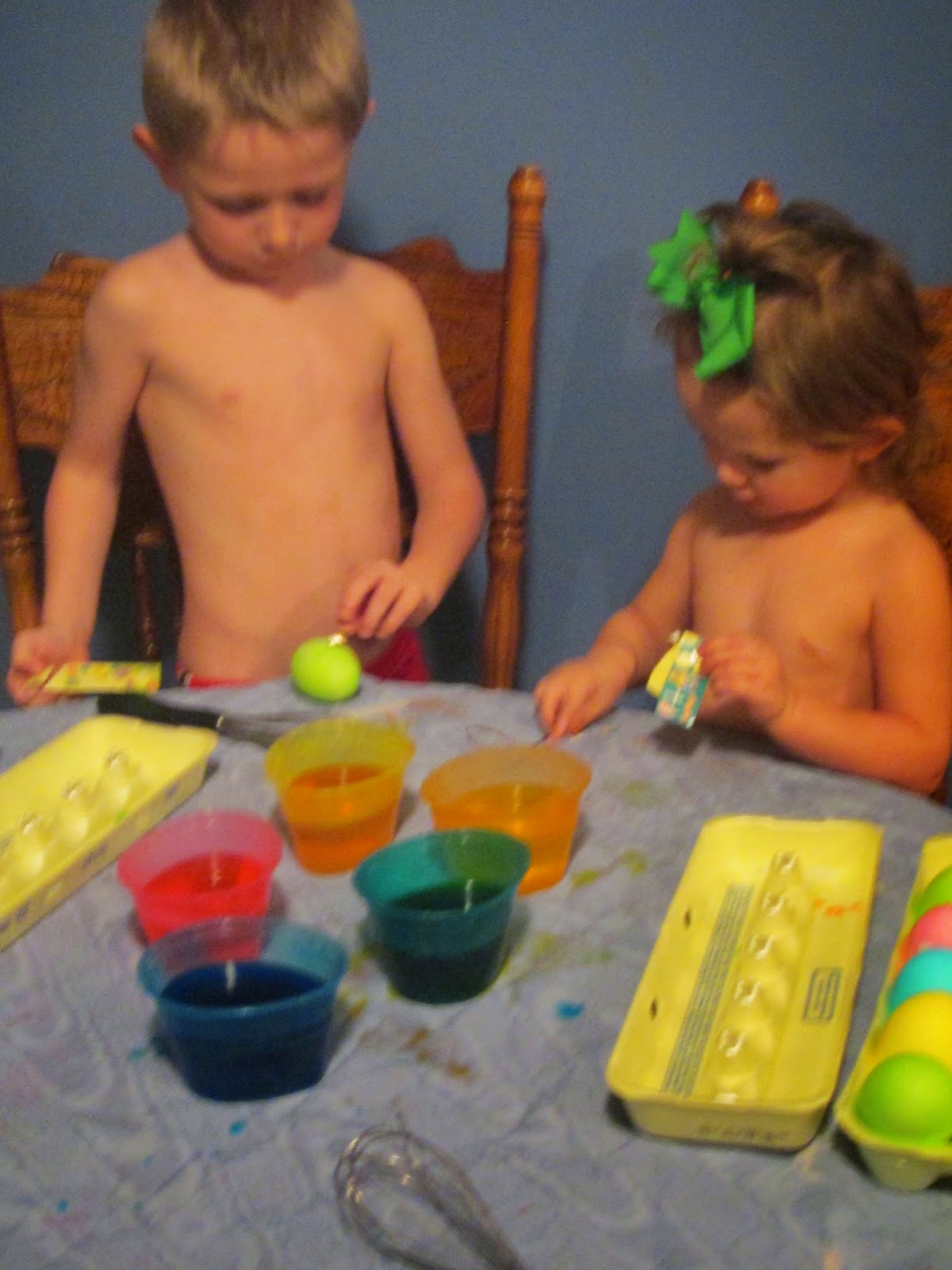 Back to the eggs.  I boiled two dozen and gave Eli a wire to use and Ellie a whisk.  Then I let them have at it.  They had a blast, and Eli was very serious about writing on his.  Ellie may have dyed a few eggs twice, but who cares?! 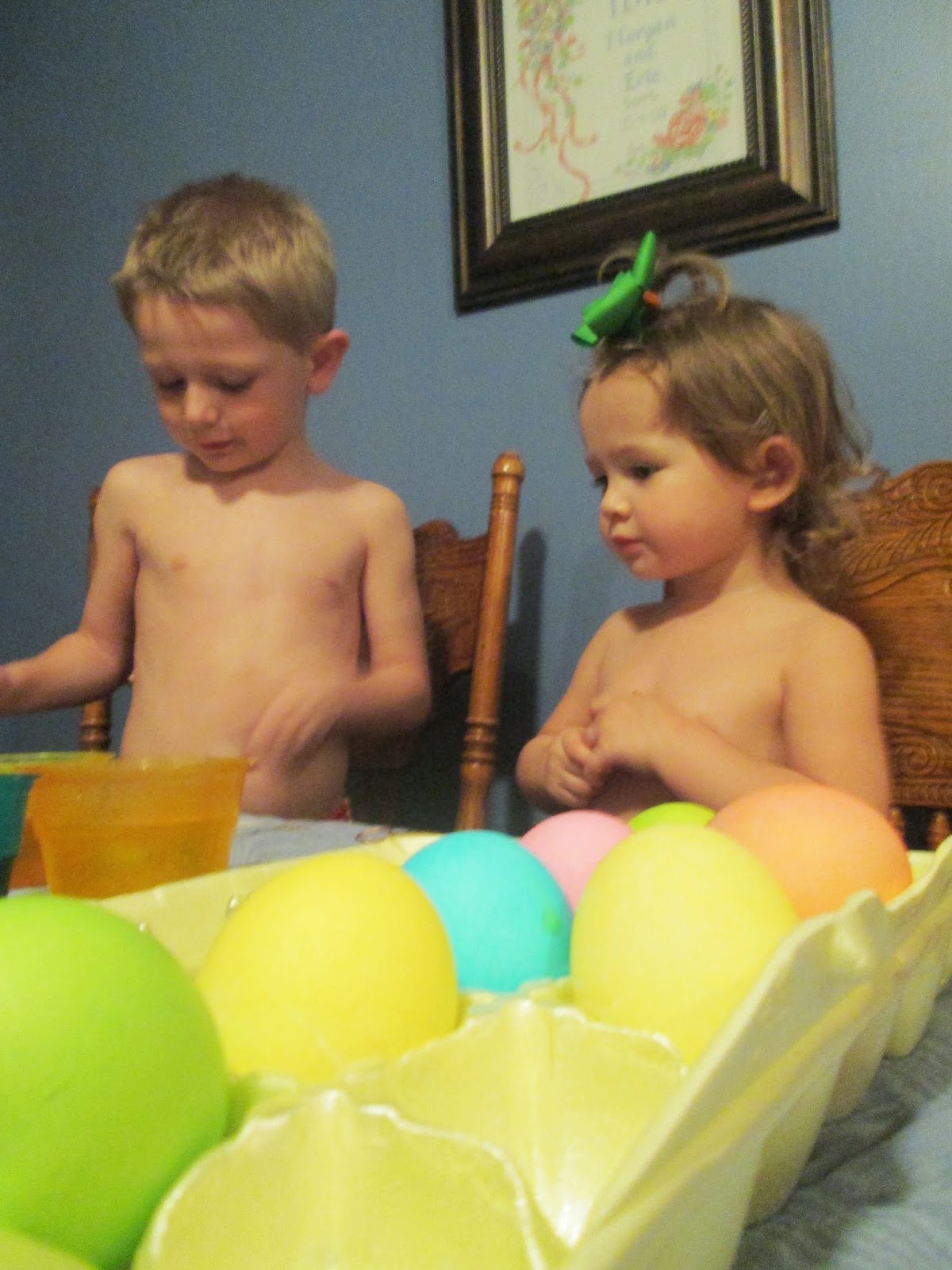 After a quick clean up, I bathed the babes which is where the title for this post comes into play.  Upon telling them that bedtime was soon to follow, Eli said, "We can't go to bed.  Are the eggs still dying?"

Turns out that little man thought he was actually killing them...dying not dyeing. Haha! 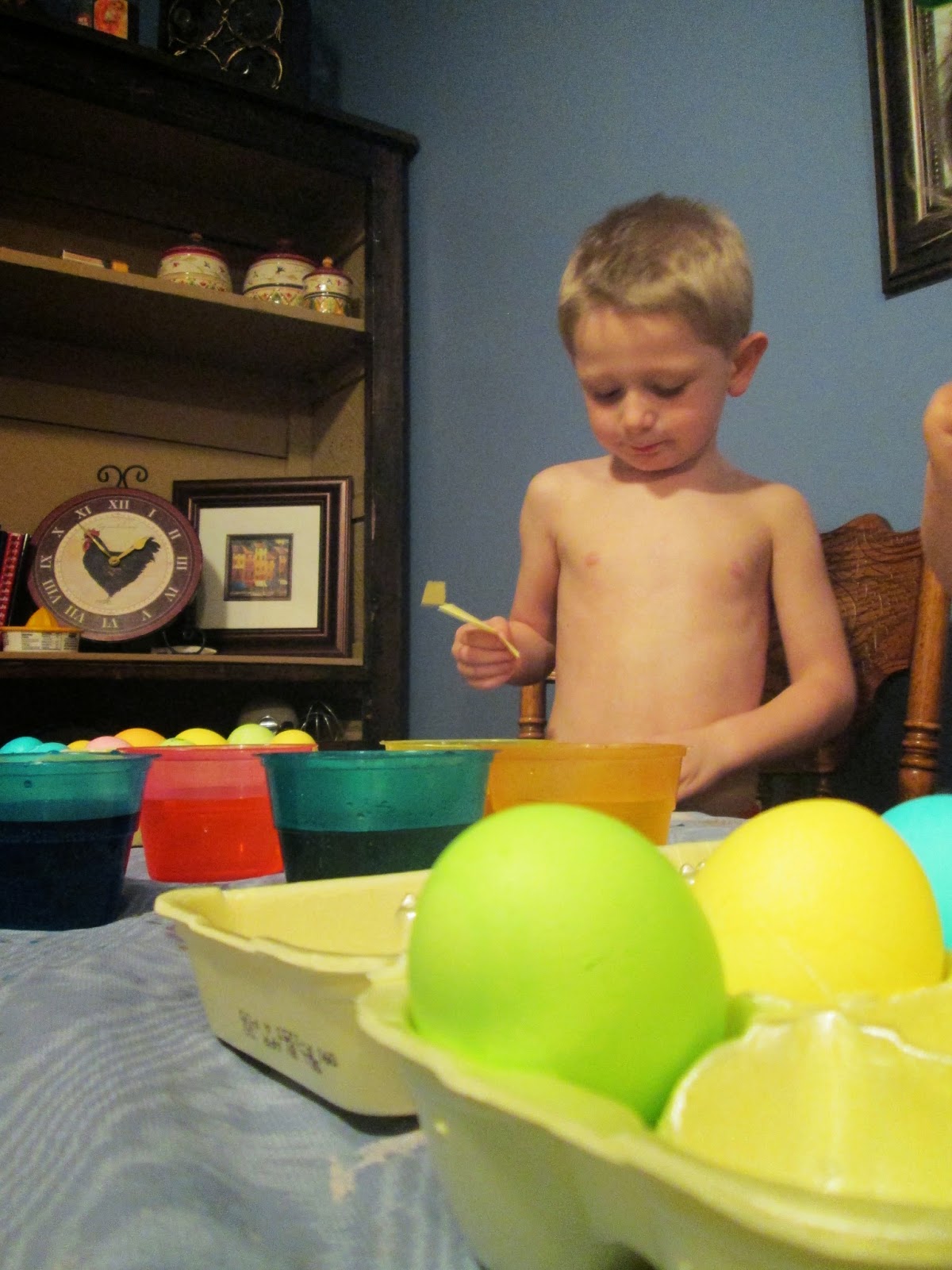