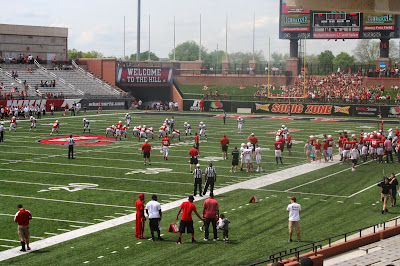 Today was insanely busy for us.  It took a lot of planning to pull it all off, but we survived and made a lot os sweet memories in the process. 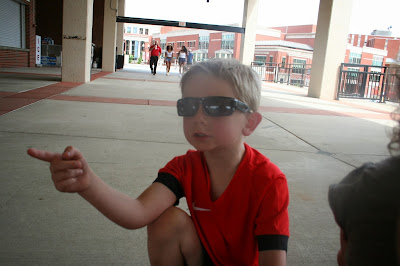 Eric got in after the kids were in bed last night, and he was up and come before they woke up this morning because he was working the baseball pictures for out county league. 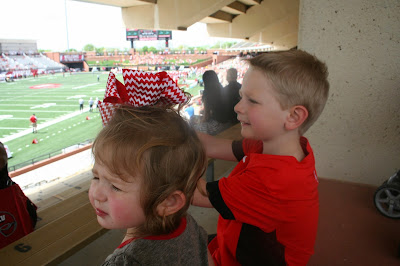 Since I was solo with the kiddos, I decided to take them to the WKU Red & White game.  Getting out of the house is a sanity saver some days, plus I really love football! 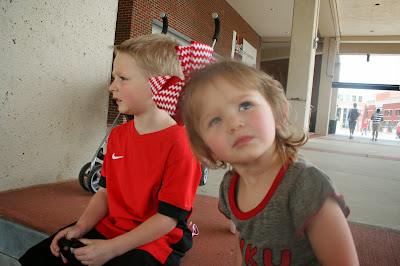 We picked up a jersey for a new kid on our team, grabbed lunch at Taco Bell, and watched part of the game.  It's gonna be a a great season!  Then we left early enough to make it to the team pictures…thank goodness!  I went to the wrong park.  15 STRESSFUL minutes later we were reunited with the team. 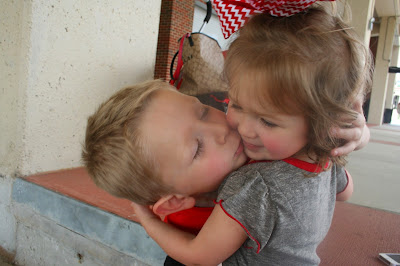 I ended up leaving the kids at the park with Eric since we were one of the last group photos.  I had a special event for work that I had to attend.  I always hate leaving them, but I think they had wonderful time. 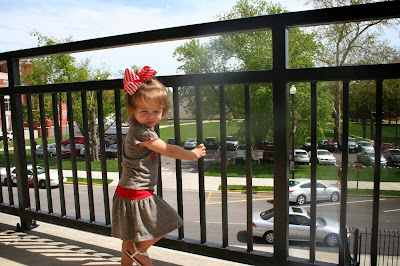