A Little Catch Up

Ya'll, please believe me when I tell you that I have at least a dozen posts written and waiting to be edited before I publish them.  I really am trying to do better this year when it comes to documenting our lives, but I'm so stinkin' busy! 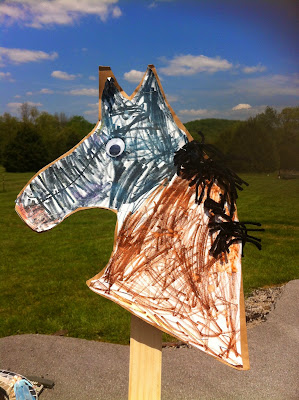 This past weekend my parents and Eric's parents came into town for Eli's ballgame.  My mom and dad stayed in a hotel, so we met them for dinner on Friday night and took the kids back to swim.  They volunteered to have a sleepover for the little Watson's, so Eric and I went out and then rented a movie online.

It worked out perfectly that my parents had the kids because I had to be at a 7:30 am event for work on Saturday.  After running home to pick up Eric, we rushed to the ball field where we met his parents.  We spent some time with his family after the game, and then I went with my parents for a while Eric planted the garden.  Ellie and Ellie ended up staying with them in the hotel again on Saturday, so that meant even more sleep!! 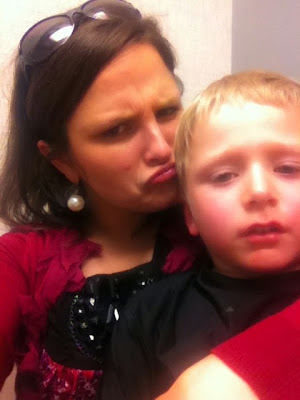 Sunday was a perfect combination of work and rest, but Monday threw us for a loop.  Late in the afternoon, Eli's school called to say that he had a temperature of 99 degrees but that he had a visible knot in his neck, and he couldn't turn his head.  By the time that I made it to his school (20 minutes later) his fever had spiked to 102.5.  Our doctor advised us to head straight to Urgent Care.

We ended up getting the fever under control and were sent back home to follow up with the doctor on Tuesday.  I already had an appointment scheduled for Ellie, so they saw both kids at the same time.  Eli has bronchitis and a sinus infection, and Ellie (who I though was there for speech) had an ear infection. Her speech is fine…go figure! 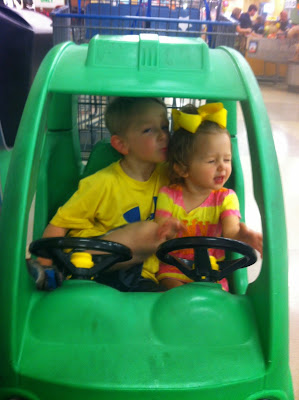 After a day at home with lots of cuddles, these two bounced right back.  In fact, they terrorized Kroger yesterday afternoon when I attempted to catchup on some overdue grocery shopping. With all the drama around the Watson home, I am so ready for the weekend.  I think I earned it.