Eric and I decided on a whim to take the kids camping over Memorial Day weekend.  We usually spend the holiday with his family in Western Kentucky, but a scheduling conflict left us without plans at the last minute. 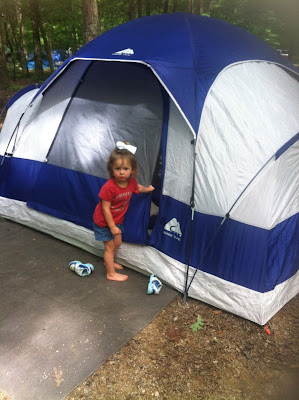 I had some time I needed to comp out for work, so I took and long lunch and we drove up to Mammoth Cave to reserve a "walk-up" spot since they wouldn't take over the phone reservations.  It was a good thing that we thought ahead to do that because the campground was full by the time we made it after Eli's play. 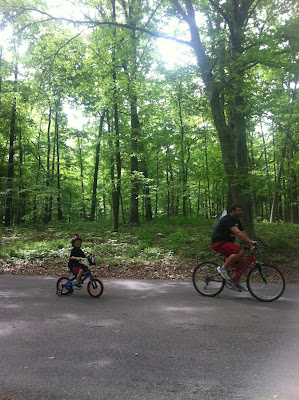 Getting everything packed up in such a rush and setting up the sight in the dark was a challenge, and for a moment I wondered why the heck we had even bothered.  Luckily, the kids settled right down and went to sleep easily. 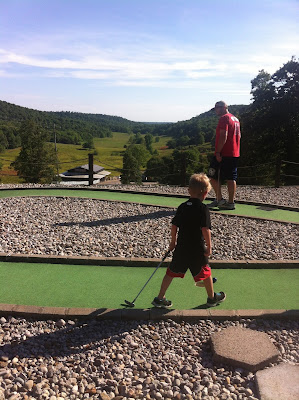 Saturday morning we had breakfast at the campground and rushed home before 9:00 to pick up some things we had forgotten.  Then we spent the day as a family riding bikes, touring the cave, put-putting, and eating ice-cream. 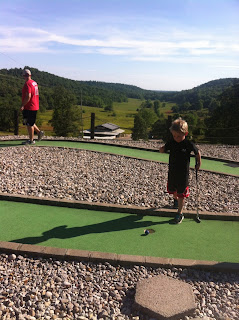 After grilling hotdogs for dinner, we topped off the night with a campfire and s'mores.  Again, the kids were exhausted and fell right asleep!  We woke up bright and early this morning and took our time making gravy, eggs, and bacon.  Then I walked with the kids around the campground so that Eli could ride his bike while Eric packed everything. 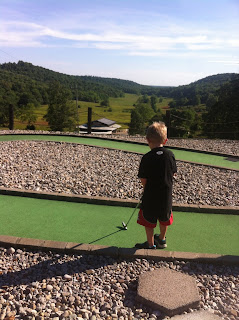 Eli deemed this "the best weekend ever," and suggested another camping trip over Disney.  After a few minutes of thought, he recanted his statement and just asked to return after we get back from Florida.  Ha!  I foresee a lot more camping in our family's future.