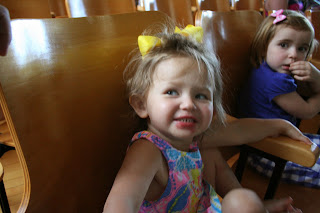 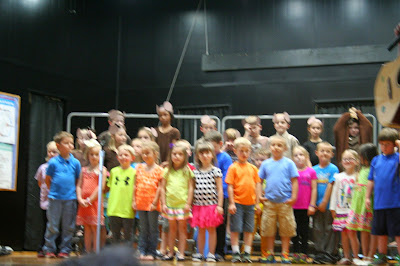 Tonight was the Kindergarten school performance.  We go to a smaller school, so there are only two classes.  The evening started with both groups coming together to sing a little song that had mommas clapping, nannas snapping, poppas turning around in circles, and daddies shaking their rums.  It was adorable. 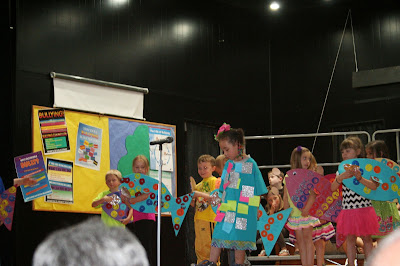 The each class reenacted a book.  Eli's was Rainbow Fish, which was about a beautiful fish who was unkind.  However, when she started being kind the other fish wanted to be her friend...good lesson if I do say so myself! 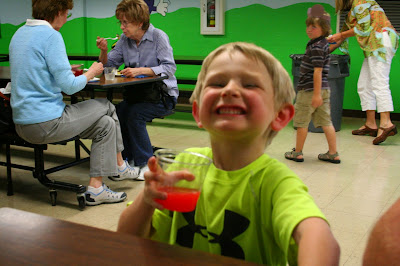 After the play, guests were treated to cake and punch.  I got confused and thought it was graduation, so I hadn't sent in my money for the party.  Oops!  I'll be a pro by the time Ellie is in kindergarten. 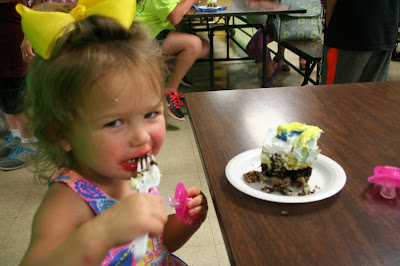 It worked out well because Ellie at the cake and Eli drank the punch.  The Watsons fully embrace "Think Win-Win."  Ha! 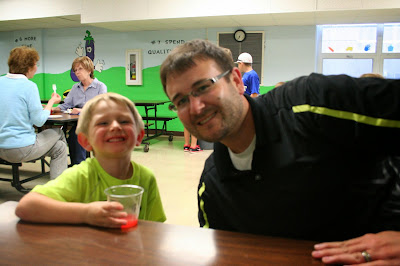