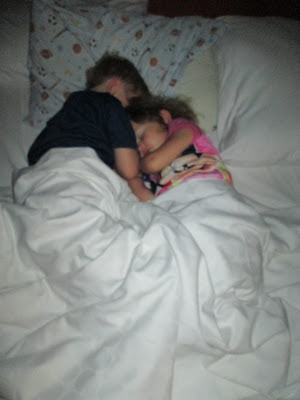 We bookended the trip by starting and ending at Magic Kingdom.  Magic hours happened to be at 8:00 am for resort guests, which meant that we had to be at the bus stop by 7:00.  Despite the early wakeup call, it was worth it to make be at the opening show and rope drop. 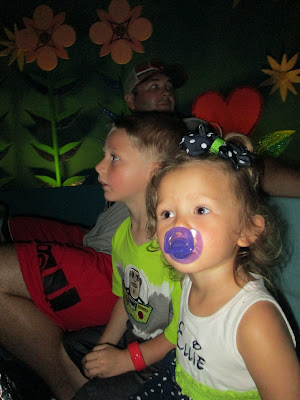 Ya'll, I cannot say enough about Magic Hours.  You really should utlize them..at least at Magic Kingdom.  We rode Jungle Cruise, Magic Carpets, Small World, Under The Sea and met Ariel in her Grotto all before 9:00 am!  Literally, we walked right up to each of these attractions and got right on them. 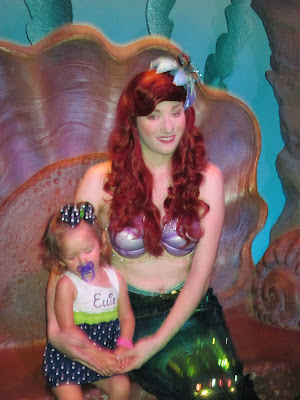 Ellie was thrilled to meet Ariel, her very first princess.  We weren't originally going to do characters outside of our dining plans, but with the short wait we just had to.  Seeing her reaction inspired us to seek out more characters. 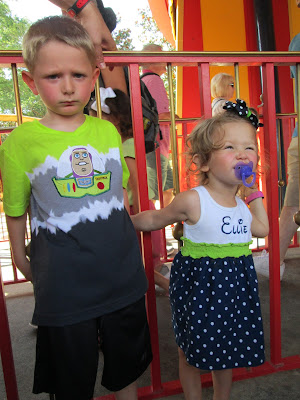 After Ariel, Eli rode his very first roller coaster...Barnstormer.  We took advantage of the rider-swap option letting Eric ride with Eli while I waited with Ellie, then we switched.  All of this before 9:15.  Ya'll, do the rider-swap.  This allows both parents to experience the ride and the child to enjoy it twice.  Did I mention that the second parent gets to walk through the Fast Pass line without waiting in line? 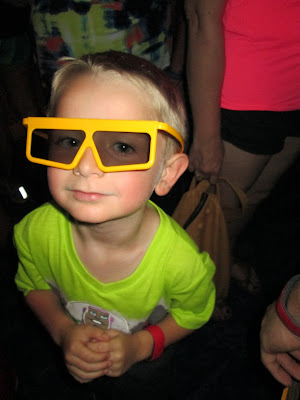 After the Barn Stormer, we hopped on Dumbo and Philharmagic without any lines.  Then we used out first Fast Pass for another line-free ride on The Many Adventures of Winnie The Pooh. 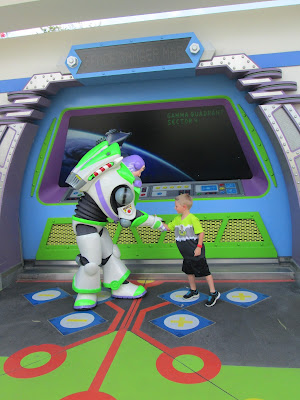 By this point crowds were starting to get thick, so we headed to Pinochio Village for a quick-service lunch.  I had the Italian Flatbread, and it was amazing!  We even scored window seats so that we could wave the everyone riding Small World. 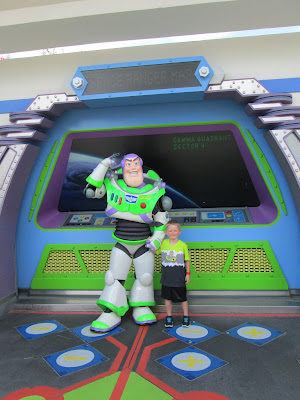 After lunch we used our second Fast Pass on Peter Pan's Flight, and again walked right on to the ride with absolutely no line!  We had a few minutes to spare before our next scheduled Fast Pass, so we headed over to Tomorrowland for Eli to meet Buzz Lightyear. 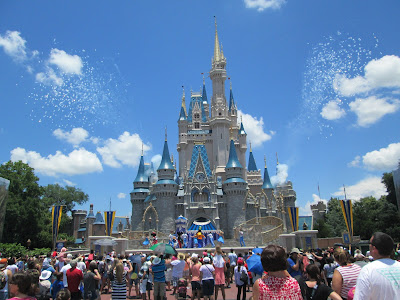 After meeting Buzz, we used out final Fast Passes to ride the Buzz Lightyear ride Space Ranger Spin.  Then we grabbed Dole Whip and cooled off in the Tiki Room.  It wasn't my favorite, but it was a nice opportunity to indulge in the air conditioning. By this point it was around 2:00, so we decided to escape the heat and crowds by heading back to the resort for some rest. 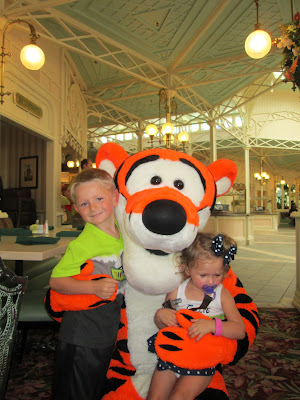 After short naps, we headed back to Magic Kingdom for our first character dinner at the Crystal Palace!  Being our first experience with character dining, we were a spectacle trying to take turns running to the buffet while making it back to the table for photo opps. 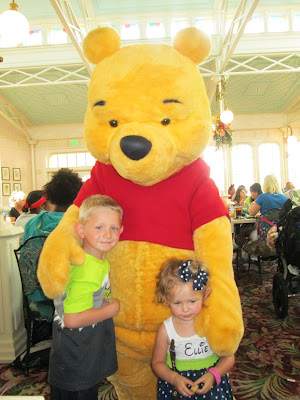 We quickly figured out a system that worked for us, and all was well in our world as the kiddos got to meet their favorite characters from Winnie The Pooh. 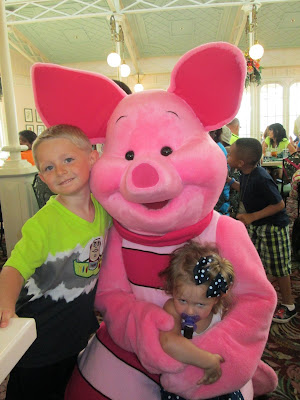 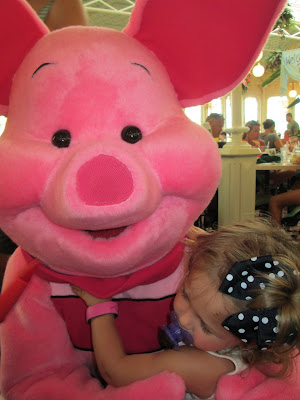 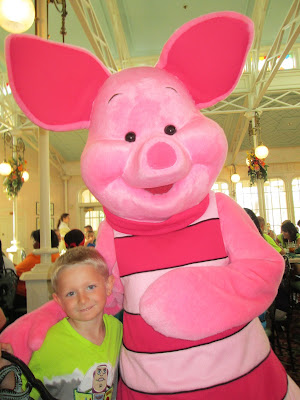 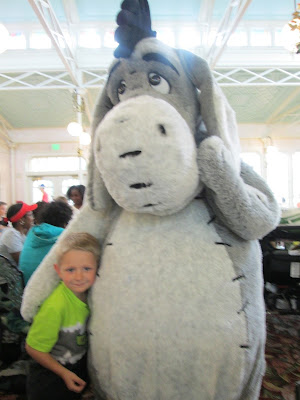 We had a few minutes before our floating Fast Pass, so we let Ellie meet Tiana while we passed time.  She was a little starstruck, so I had to be in the picture. 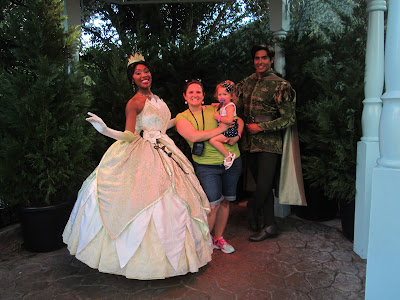 After using our Fast Pass on Haunted Mansion, Eli wanted to ride Barnstormer again.  We scored another Fast Pass, and headed back to Fantasyland. 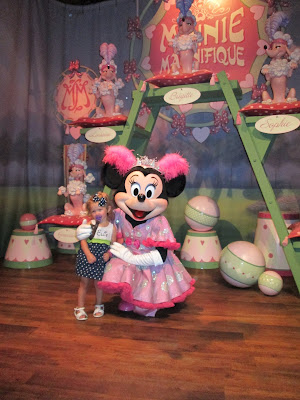 While we waited for the boys to ride, Ellie and I walked over to meet Daisy and Minnie.   Needless to say, she was thrilled to see her favorites. 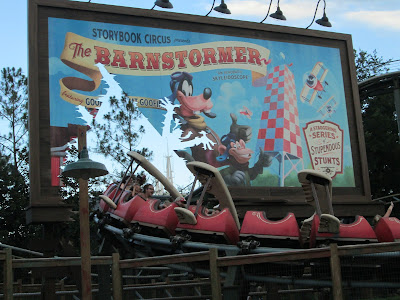 We used the rider-swap again, so Eli got to ride the Barnstormer two times before we staked out our spots for the Electrical Parade. 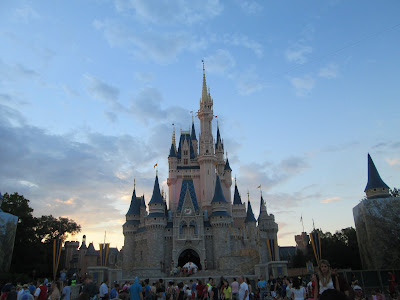 Waiting for it to start is my least favorite part of the day because it's hot, and the kids get restless.  I brought lightup toys, snacks, and candy this time which helped ease the pain.  We also claimed our spots right in front of the castle.  It wasn't perfect for the parade, but it was a prime location for Wishes and the Fireworks. 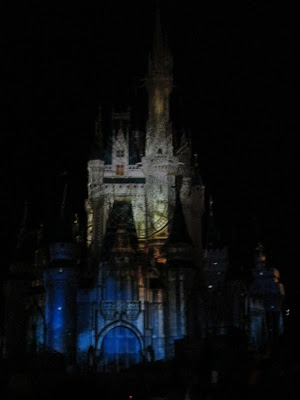