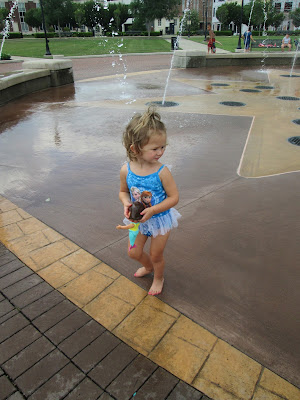 My work contract runs through July 1, and I still had one day that I was required to take off.  I decided that today was the day, which was nice after a weekend out of town. 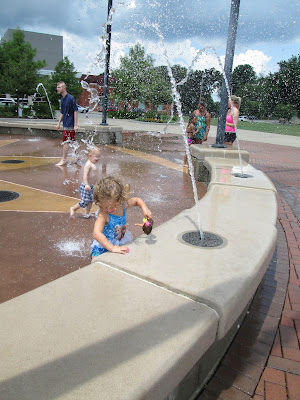 I spent the early part of the morning unpacking, doing laundry, and catching up on chores before running to the grocery.  After a quick but stressful lunch, I decided to take the kids to the splash park in town to tackle another item on our Summer Bucket List. 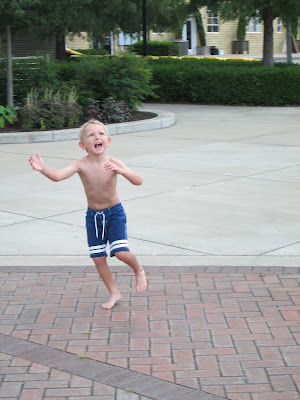 Eli made a new friend and played ball while Ellie worked up her courage to get in.  Before long they were both having the time of their lives.  It was a far cry from the last time we came two years ago when Ellie was three months old, and Eli was too scared to get anywhere near the water.  I really think next year when they are three and six will be the perfect year. 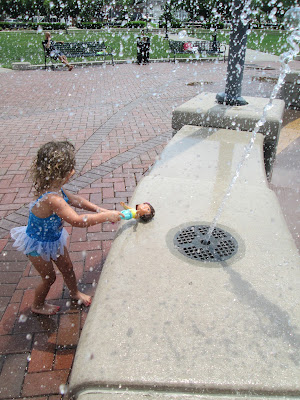 Out of nowhere a stupid rain storm popped up.  At first it was a little drizzle, so I let them play.  It wasn't long before it cleared off for all of five minutes before a stupid monsoon had us heading for the van.  Ha! 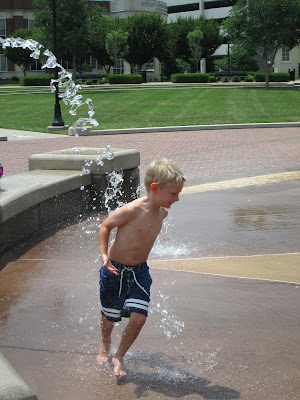 It was such a wonderful afternoon with the best memories, ya'll.  The day had started out so rough with tempers flaring and exhaustion from the weekend taking a toll, but we made the decision to stick it out and turn it around.

I am so glad we did, because this smile says it all.  I am enjoying these kiddos so much this summer!