I've been holding out on you.  Not because, I didn't want you to know, but because it all happened so fast.  My van bit the dust last week.  I was fixable, but would cost several thousand dollars.  Since that was becoming a little habit, we decided that it was time to start looking. 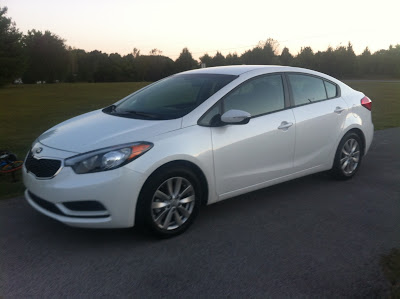 Interest rates are historically low, and the new 2016 models are starting to roll out, so the dealers were more than eager to cut a good deal on the 2015 models.  Last weekend, we drove to Evansville to test drive some American-made crossovers, but we fell in love with a foreign sedan.  Go figure. 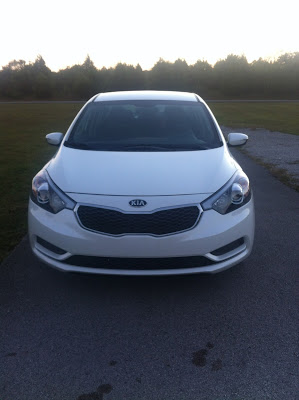 After thinking it over, praying it over, and doing a lot of math, we went back to Evansville on Tuesday to buy a 2015 Kia Forte.  I love it, ya'll!  It's a far cry from my mom-mobile, but it feels like "my car" and not the "family van."

The Lord allowed so many things to fall into place, so between the lower gas milage, and Eric's Ford Focus rolling off of the insurance, we will only be paying about $100 a month more than the van (which has been paid off for two years.)  You factor in regular maintenance costs, and we might be paying even less.