Fall has finally arrived!  We woke up to cooler temperatures this morning, we're watching Mickey's House of Villains, and last night was Fall Festival at Eli's school.  I think that makes the season change official. 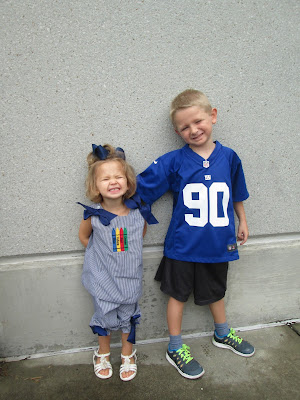 I learned a valuable lesson last year about getting to Fall Festival promptly, so I made plans to work late one night earlier this week so that I could leave early yesterday.  It was a good thing because by the time I picked up the kids and changed Ellie's clothes, the party was in full swing. 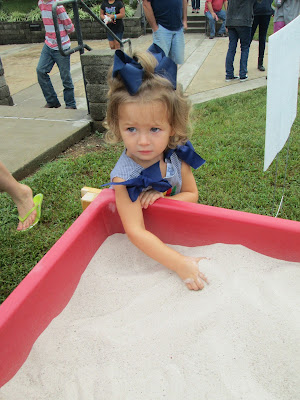 This little lady is a lucky duck.  She won a dessert in the Cake Walk and a new Snow White in the animal game.  Other than the dinosaur dig, they were the only games she played. When she's legal, I'm taking her to Vegas. Just kidding! 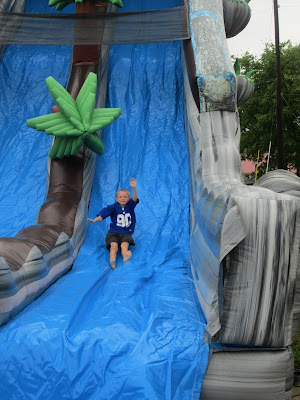 While Ellie was winning prizes, Eli was busy enjoying the the inflatables.  Compared to last year, he was so much more confident and just loved every minute of the night. 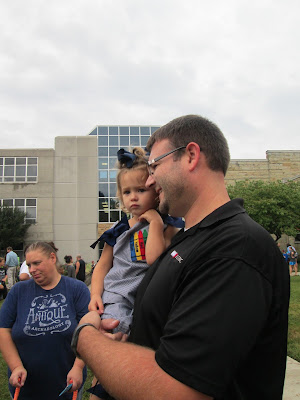 He even wanted his hair spray painted.  I'm worried that my little blondie will have red hair for the next month.  HA! 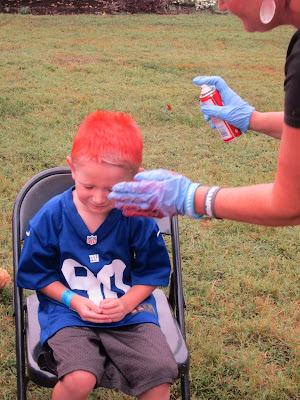 After dinner, we hit up the silent auction and went inside to see the winning (or is it losing) teacher kiss a pig.  While the parents bid on classroom baskets, the kids had a dance in the lunch room. 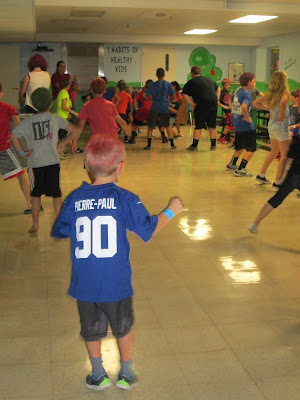 My kids can cut a rug.  At one point Eli was doing the "snake" across the floor, and Ellie was all about the "Whip and Nae Nae."  They don't get their confidence, or their skills for that matter, from me. 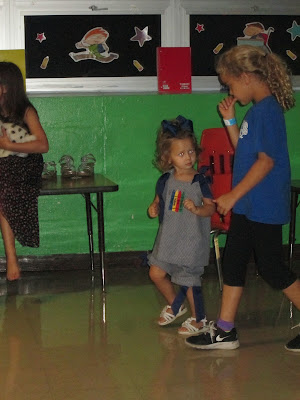 Back at home we skipped baths and put everyone down for bed.  Then Eric and I settled down for our weekly ritual of watching a movie...and as usual, we fell asleep. 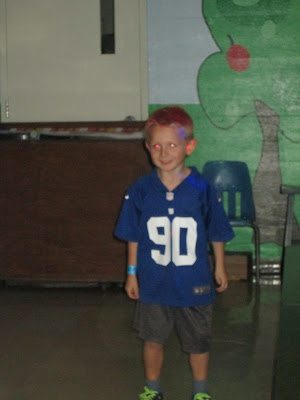 It's rainy and cool today, and I must admit that I'm loving this cozy feeling.  Eric is helping with league football pictures, so I plan to catch up on laundry and go to the grocery.  It's gonna be a low-key weekend, but I think it's exactly what we need.