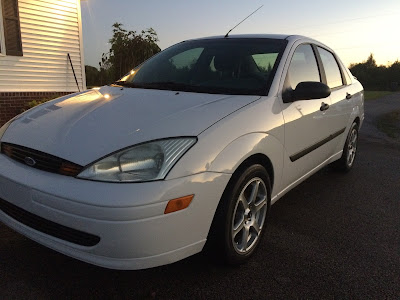 If you’ve read more than two posts on this blog, you’ve probably already figured out that I am a sappy individual.  It’s true.  Each new milestone brings tears of joy and sadness – I “feel” in a big way, and that’s okay.  But have you ever heard of someone getting sentimental over a meaningless object?  Well, now you have.

Sure, I have a box full of childhood mementos in the attic, and I’ve started a collection of items for my babies that include teeny, tiny diapers (unused, of course), their favorite sleepers, outfits they wore home from the hospital, and a half dozen homemade Mother’s Day presents.

I think that’s somewhat normal, but sometimes I push the limits on what should be normal.  I’m not a hoarder, I can promise you that.  In fact, a common argument in the Watson home is that I throw too much stuff away.  The problem is that sometimes I hang on to the dumbest stuff.  I have an Aristocat t-shirt that’s five sizes too big, and I’ve only kept it because it reminds me of a fun trip I took with my mom.  I should have just gotten a postcard.

Anyway, I get attached to things because of the memories they represent.  This week we sold Eric’s car.  It’s a 2001 Ford Focus that has been sitting in our driveway for the past 15 months since he bought a new truck.  Clearly, the Watson's don’t get in a hurry about things.

I’m not attached to the car by any means, but as it leaves our family, I can’t help but get a little too mushy about the memories we made in it.

It’s the car Eric drove to pick me up on our first date.

It’s the car that we took us to Louisville to see my brother play in the state football game.

It’s the car that drove us around Kentucky as we fell more in love with each other on every new trip.

When I got inside the other night, I half expected to see the bottle of cologne still sitting in console and to smell the lingering scent of the those carefree college days.

Are you gagging yet?

It’s the car that we drove on our wedding day as we traveled from Lexington to Nashville to leave for our honeymoon.

It’s the car I sat in, sick as a dog, while Eric went inside a restaurant to get me some soup.  I remember it so vividly because I had just found out that I was pregnant, and only Eric knew. It was Christmas time and the songs “A Baby Changes Everything” and “I’ll Be Home For Christmas” came on back to back, which resulted in waterworks from a scared to death, soon-to-be momma.

It’s the car that drove Eli to daycare every single morning while I was at work chasing this crazy dream of being a television news anchor.

It’s the car that has one small imperfection on the passenger’s seat thanks to the 2014 Polar Vortex.  That’s actually a great story, so I think that I will share it. One morning it was several degrees subzero, and we didn’t want our kiddos out in the frozen tundra in a car with no heat, so Eric took the van while I drove his Focus.  To help heat up the interior, we used a camping catalytic heater attached to a propane tank.  At every red light I would perform a quick “safety check” to make sure our set up was still working.  Well, between two red lights, the heater apparently toppled over.  I couldn’t see it or hear it because my senses were obstructed by the layers of winter protection. Anyway, in the point two-five miles I had drove between stoplights, I burned a small hole in the seat.  Oops.

I guess what I am saying is that while I am super excited to have the car out of my driveway, and while I certainly won’t miss the vehicle itself, I sure am grateful for the memories we made in the Ford Focus.  It sure was good to us.
at 8:31 PM