I love the beginning of November.  It brings the promise of such a sweet, sweet season as we anticipate the precious memories that await throughout the holiday season. 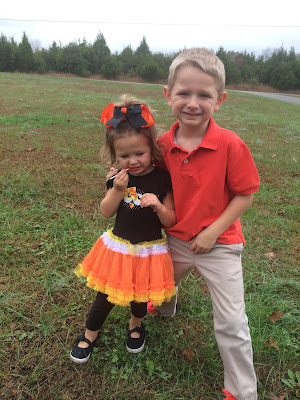 Of course, it all started bright and early thanks to daylight savings time, which brings me to this question...what is everyone talking about with this "extra hour" of sleep?  The way I see it, I  wind up getting up at the same time as always, which is now an hour earlier.  UGH! 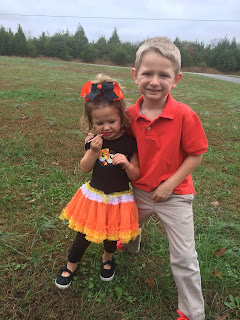 Not to mention, this is on the heels the kids coming off the biggest sugar high of their life.  It's like some cult of non-parents decided that it would be a great idea to dope kids on candy and scare them silly before sending them to bed way too late, knowing that they would wake up extra early thanks to the time change. 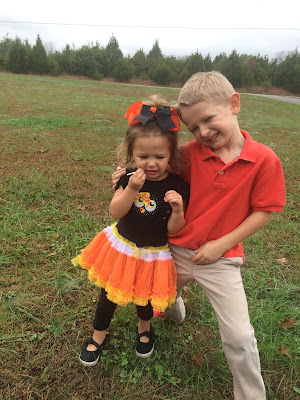 We survived this little drudgery and made it to church after taking some pictures of these two all dolled up.  After church, we ate lunch, played and watched football until it was time to head to Grady's birthday party. 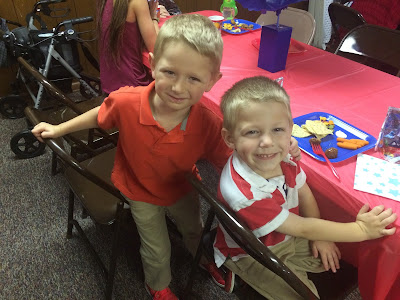 These two were thrilled to be reunited and even posed for a picture.  It was short-lived because little sister had to photobomb.  Ha!  I love the way she is looking at him. 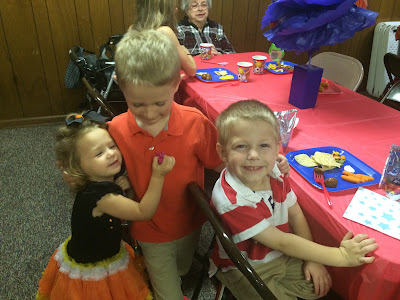 After the party, it was TWO trips to the grocery because I forgot to get charcoal for the grill.  Back at home, Eric made steak and potatoes for dinner! 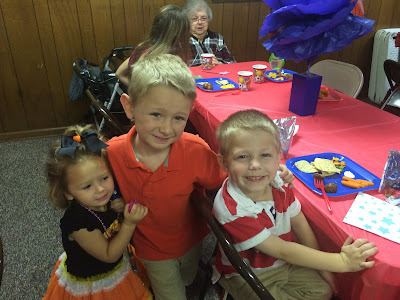 Everyone is resting now while I catch up on this blog, watching Quantico, and getting everything ready for the week ahead.
at 9:20 PM