May I brag on my man for a minute?  Because, ya'll, he deserves it.  Every year he puts hours upon hours into turning our wagon into a sweet little ride for the kiddos. 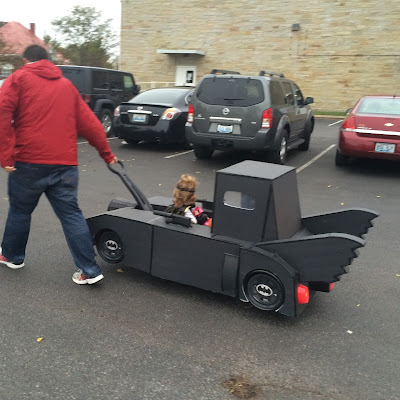 He took this year's design to a whole new level.  He literally worked until the final hour and pulled many late, late nights.  He does it all for the sake of making Halloween magical for the Watsons. 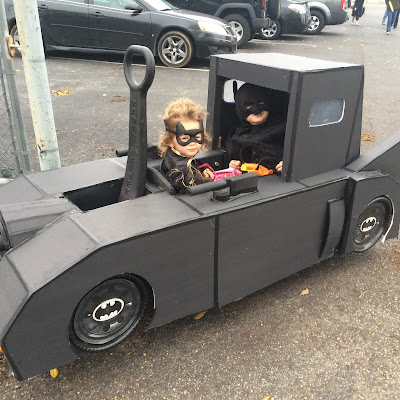 The details were impeccable, complete with the Batman logo on the wheels, and the Batman theme music from the movie. It was very dramatic. 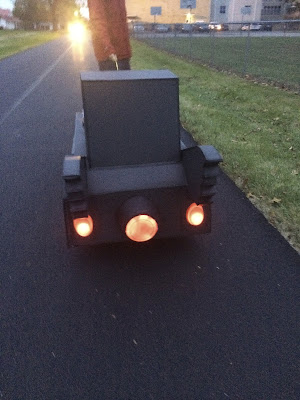 He also installed working lights in both the front and the back.  Plus, there were two "guns" that he made by disassembling a toy gun and removing the sound box before reinstalling them into a card board tube that he then molded into a gun shape. 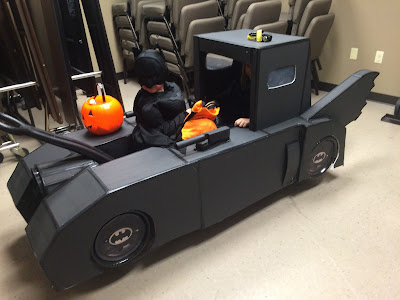 Oh, and I have yet to mention the "cabin" of the car.  It had real windows made from plastic and a "dome" light that the kids thought was the bomb. 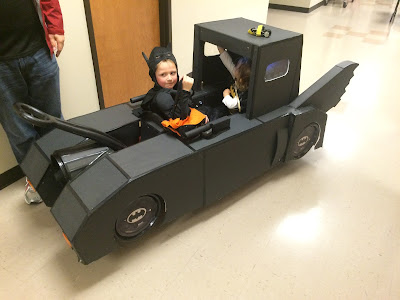 I sure do appreciate everything Eric does for us.  He loves us all so well and goes out of his way to make every day so special.  I am so proud of his incredible talent and even more amazed by his character. 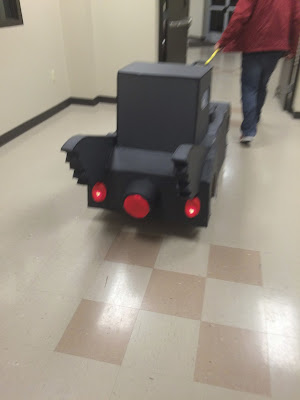 And since he hates all the mushy, gushy stuff, I will leave it at that,