Jingle All The Way

Have ya’ll seen the movie Jingle All The Way?  You know, the one where Arnold Schwarzenegger forgets to buy his kid “the toy” for Christmas. Well, it’s one of Eli’s favorite movies and now one of mine because I can totally relate to the parents on a whole new level thanks to a little holiday mishap on Sunday… 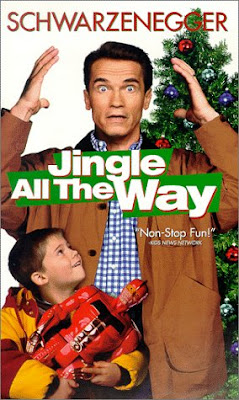 We were watching this little Christmas film on Sunday morning when it dawned on me that I needed to see what time Lay-A-Way closed at Wal-Mart since I needed to pick up my two "big" gifts.  You know, the toys that I put on hold on Halloween so that I wouldn’t have to be stressed on Black Friday or try to hide them from the kids for two months…yeah, those items.

So we’re watching the movie, and I’m totally judging the parents for their lack planning while double checking the time to pick up my own items that I so carefully planned for months ahead. You can image my shock when I logged on to Wal-Mart’s website only to discover that I had written down the WRONG DATE…my items were supposed to be picked up December 14th!!!

Ya’ll, I about had a heart attack, and so did Eric.

I threw on some yoga pants and a ball cap and was out the door.  I immediately started calling Wal-Mart on my way to town and was informed by the Lay-A-Way clerk that my situation looked grim, but if they could locate either of my two items, they would hold them for me in their department.

Grateful but still panicky, I hung up and immediately called back to Wal-Mart asking to be transferred to the Toy Department this time.  After being on hold an enternity while the employee searched for my items, I was informed that Ellie’s toy was out of stock, and they were still checking on Eli’s.

HEART ATTACK, ya’ll!! During the duration of my time on hold, I began mentally drafting a letter from Santa that would explain that the toys were indeed too big to fit on the sleigh, but the elves were working around the clock to rectify the situation. However, Santa hoped they enjoyed all the smaller items that he was able to bring.

Thankfully, my thoughts were interrupted and my luck began to change at this point when an associate from electronics happened to accidently pick up the wrong line.  He was a chatty fellow who was very sorry to hear about my situation, but confident that they knew where to find the last Hot Wheels Ultimate Garage.  He went on to explain that on his way outside for a smoke break, he saw the box I was looking for in the lawn and garden section.  It had somehow been misplaced, and if I could get to the store quickly, his friend working in that department would be around to assist me!

After a barrage of “thank yous” to my new friend, I hung up the phone and started calling Toys R Us where an employee named Matt took the call.  Matt too is a new BFF because he not only located the Barbie Dream House, but moved it to a less noticeable location since store policy prevented him from holding an item.

I was a sight for sore eyes frantically running into Wal-Mart to pick up the Hot Wheels toy and then dashing through the holiday traffic to make it to Toys R Us for the Barbie Dream House.  Would ya’ll even believe that that Toys R Us price matched the item for me that happened to be on sale at another store?  I saved $10, which ended up covering my non-refundable lay-a-way fee. YAY!!! 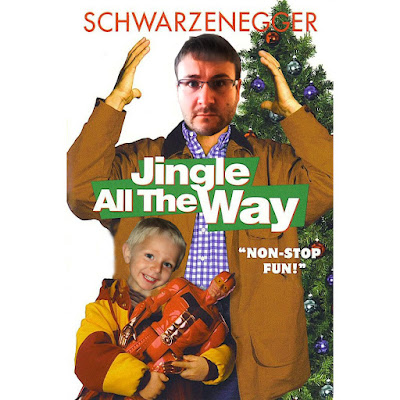 I will never, ever, ever forget that 40 minute time span as long as I live.  I will never again judge the parents on Jingle All The Way, and I may never be brave enough to use law-a-way again.  Hahaha!