Today was the 100th Day of School, and we celebrated BIG! 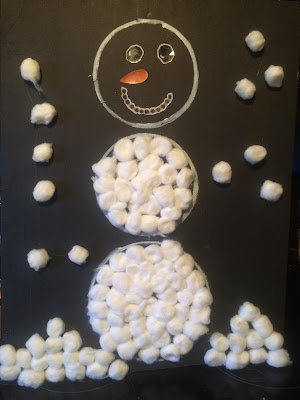 Eli's first-ever school project was to make something that represented the number 100, so we spent the past two nights glueing 100 cotton balls onto the poster board to make a snowman.  I know this is no masterpiece, but Eric didn't help and I didn't steal this from Pinterest...so there's that! Coming from someone with ZERO creativity, I'm thrilled. 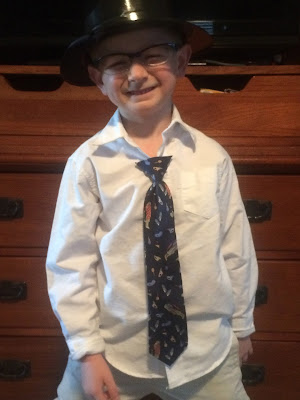 Here's my "old man" before school this morning. 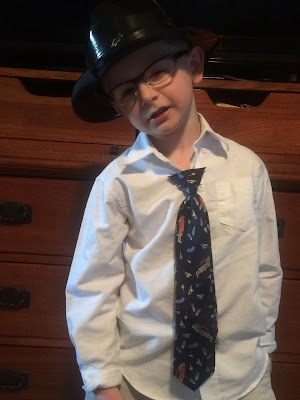 If a six-year old playing a 100  year old was to be featured in GQ Magazine, this is what the spread would look like.  Haha! 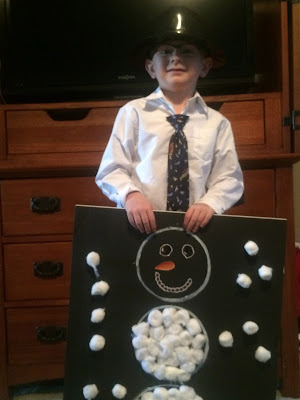 Of course we had to get pictures with the project. 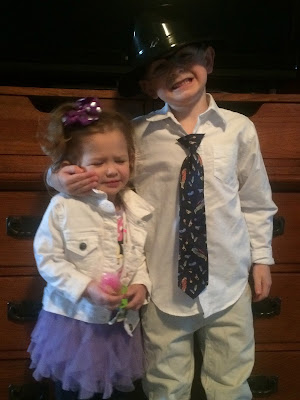 Ellie wasn't thrilled, but she was part of the morning fun too. 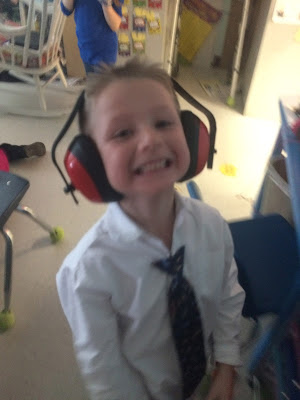 This is blurry, but at school they popped 100 balloons in his classroom.  He's terrified of load noise, so this if how he participated…from the hall. 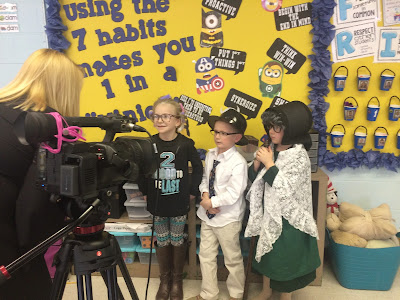 A group of kids were interviewed by a local television station, and apparently he takes after his Momma and warmed right up to the camera. 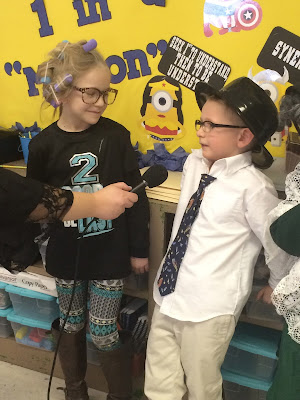 I've said it before, and I'll say it again, his teacher is AMAZING! 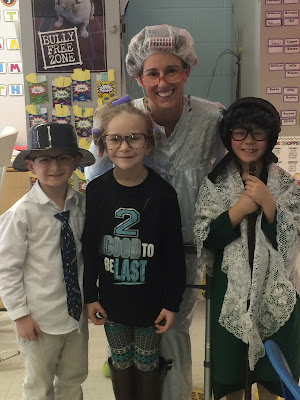