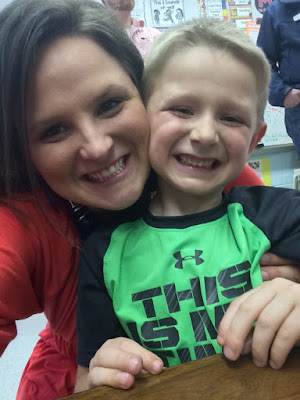 School was originally supposed to be out of session yesterday for Good Friday, but with all of the snow, it became a makeup day.  I've managed to get in a lot of extra hours this week, so I took advantage and headed to Eli's school for the Easter party. 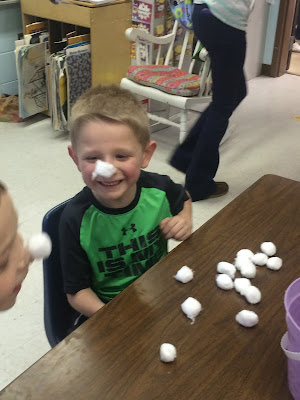 I know I'm sounding like broken record, but seriously ya'll, he has the best  teacher ever.  The first game was Bunny Nose.  They put Vasoline on their noses and picked up cotton balls that they had to shake into a bucket. 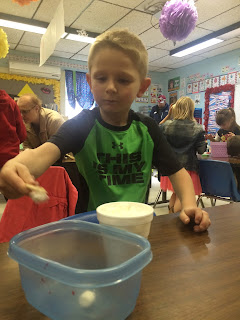 Next they had to scoop up "Buuny Tails" with chop sticks and put them in a cup.  We weren't so good at that one.  Ha!  There was also a contest to flick "Peeps" down the hallway, but I didn't get any pictures of that one. 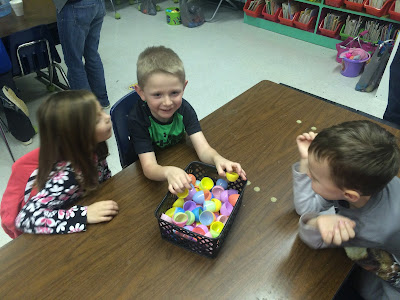 The kiddos also took turns matching eggs and putting them together.  Eli was all about this one, even though he did cheat a few times. 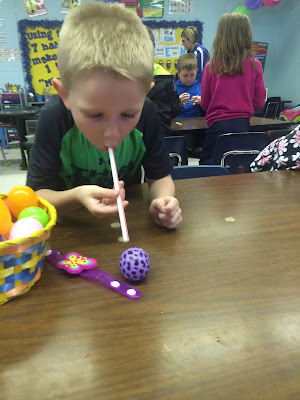 The next station involved blowing plastic eggs across the table an into a basket.  It was a high hit and something I can see us doing at home one night. 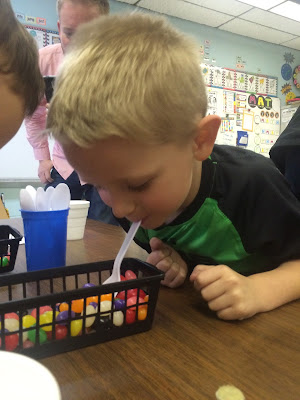 I know this looks gross, but I promise that no Jelly Beans were eaten during the scooping game.  I had to get back to work to finish tying up some loose ends before the weekend, so I took Eli with me.  He was thrilled with the surprise and was such a good little helper.