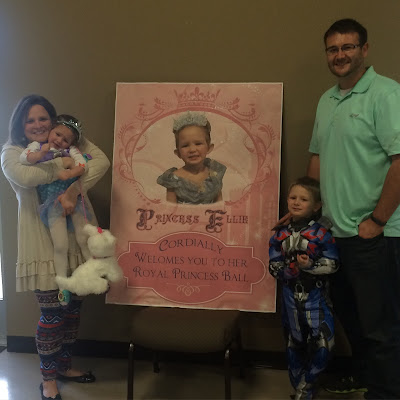 Now that we're all up to speed on the March Madness around these parts, let's talk about Ellie's Princess Party. 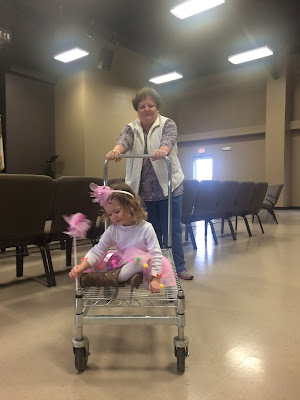 Our sweet Ellie girl is a total priss pot and 100% into Disney Princess, so she didn't have to twist my leg to throw a party with that theme.  I started just after Christmas collecting all of the goodies and making plans, so I was thrilled to see it all come together. 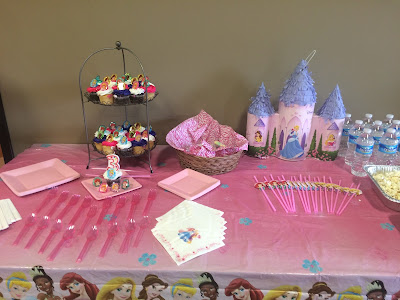 I go back and forth on the whole party thing.  A part of me wants to make it Pinterest perfect, but the practical side reminds me that it's not about me.  It's about her, and if she wants tacky character tableclothes, that's ok. 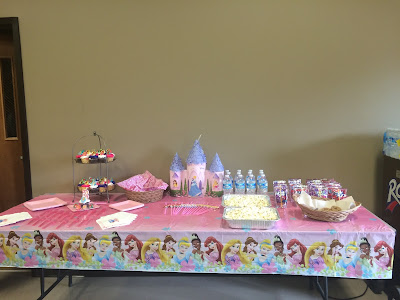 I think we achieved a nice balance between the two. 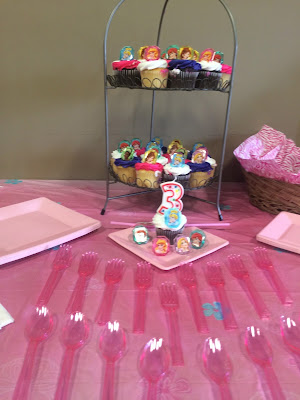 Being a princess party, I decided to do a mock Bippity Boppity Boutique like at Disney World, so I asked my dad to do the girls' hair (he got plenty of practice during my pageant days), my sister to do the makeup, and my sister-in-law to take the pictures with the princess. 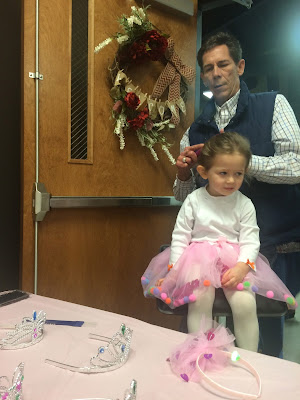 As the girls arrived, we let them pick a princess dress to wear for the afternoon. 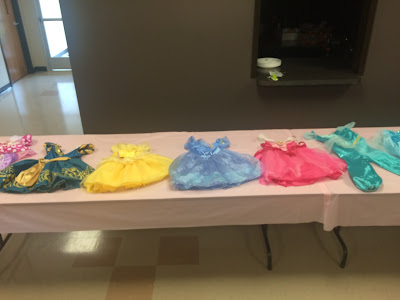 After making their selection, they were treated likely royalty as they enjoyed their makeover experience.  From there, they were "escorted" into the "ballroom" to meet two Disney Princesses. 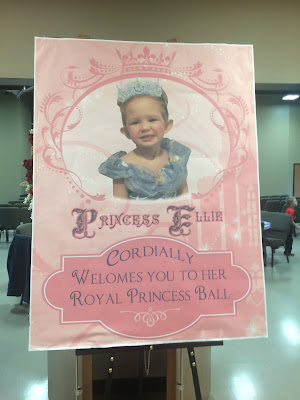 Oh, I forgot to mention that everyone got their very own crown, cause duh.  Who doesn't love a crown? 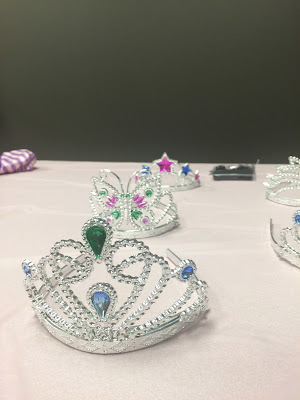 Back in January we attended a princess fundraiser for a cheerleading team at one of our schools.  The following Monday I was showing off pictures at work when a coworker said that Snow White was his daughter.  I was already planning a princess  party, so I asked if his daughter would be willing to do the party. 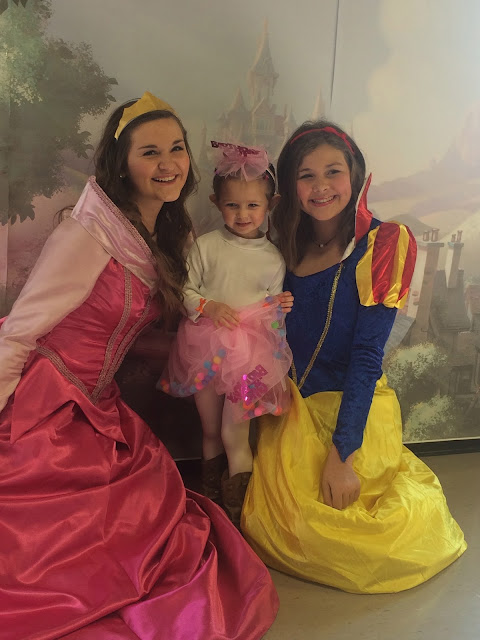 He put me in contact with his wife who informed me that BOTH of their daughters had costumes and would be happy to be a part of our special day. I was so thrilled to hear that Sleeping Beauty would be the other royalty because she is Ellie's FAVORITE! 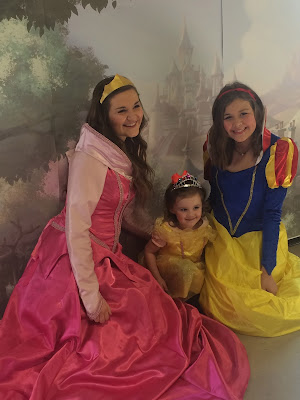 Layla and Ellie were born a week apart, and in case you can't tell, they are BFFs. 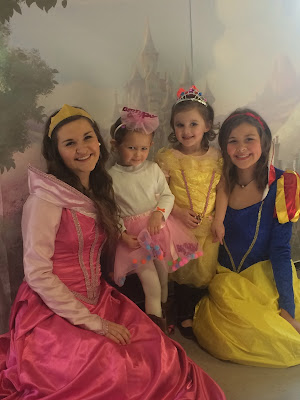 After the mini photo session, the girls got to enjoy a dance party.  Again, this was an idea that I got from the princess fundraiser.  I bought some cheap wands at the Dollar Tree and tied streamers to them.  They were a MAJOR hit! 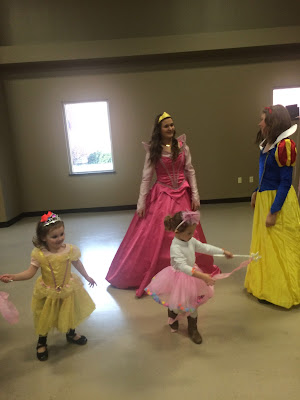 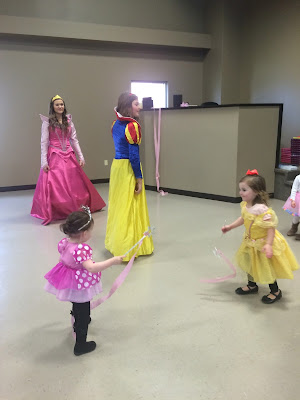 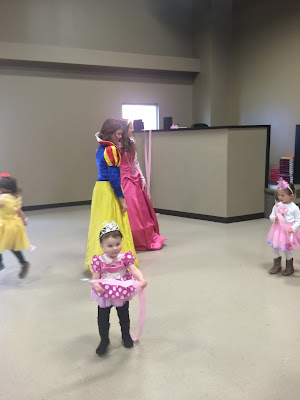 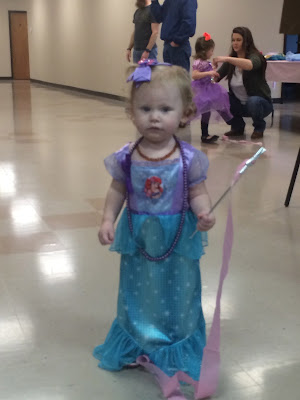 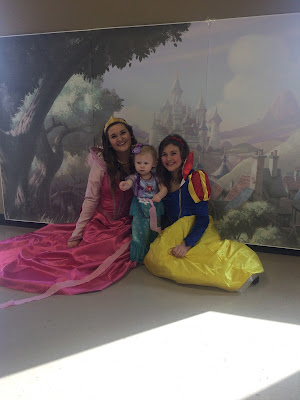 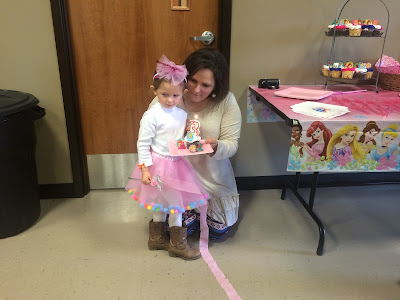 Next was the Birthday song!  We kind of had to twist her arm to get her to participate because by this point she had seen the presents. Ha! 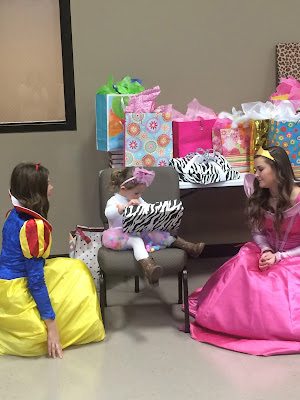 The princess were kind enough to stick around while Ellie opened gifts, helping her with each one and making her feel so special.  They were wonderful with the girls, and with their permission, I will HIGHLY recommend them to anyone!  I hope Ellie grows up to be as kind and gracious as these young ladies. 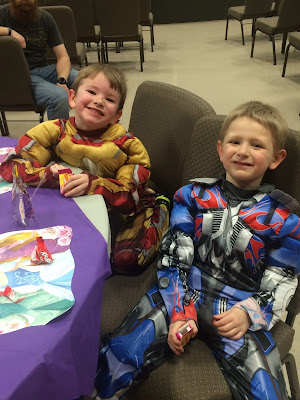 We can't forget the boys!  I took some super hero costumes for them to enjoy, and they were thrilled.  They were such good sports playing ball and supporting their sisters.  I made them separate little goody bags too since I was certain they would disapprove of lipgloss and princess pins. 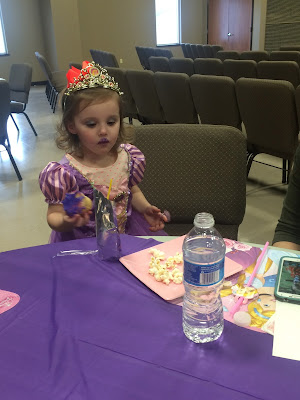 It was such a fun party, and we want to thank everyone who came out to help us celebrate our girl!  You are all such blessing to our family, and Ellie is a lucky lady to have you in her life! I think three is going to be good to her!
at 9:47 PM