The Rest of the Weekend

After the party we had a few minutes to swing by the house and change clothes before heading to WKU for the last game of the season. 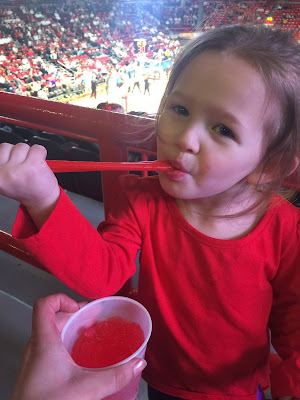 We ate dinner at Steamer again, and Ellie decided on a snow-cone for her treat. 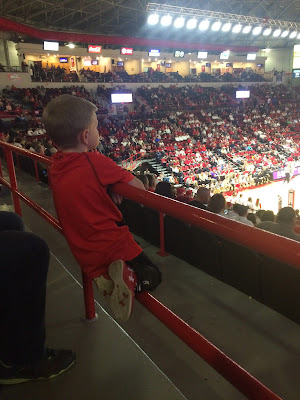 Eli watches every move the players make.  He's such a little sponge, absorbing everything he can about the game.  I'm going to miss the time together, but I think we will probably get tickets again next year. 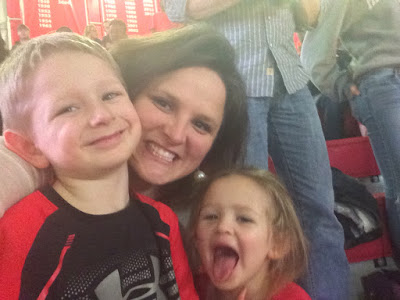 We finally won a home game in overtime, which felt so good considering how many heartbreakers we've endured this season. 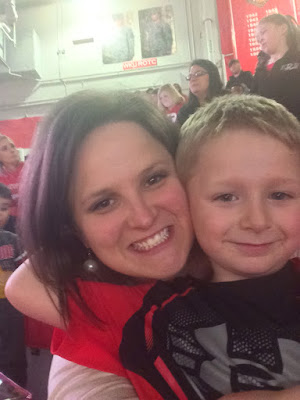 After the game, this guy got to shoot on the court one final time for the season. 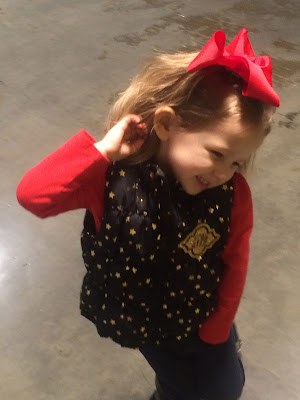 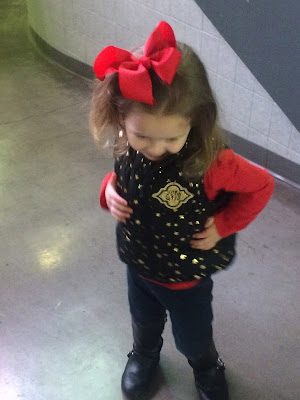 As soon as we got home, we put the kids to bed since they had already had baths in preparation for the party.  Eric and I settled in for our typical Saturday night tradition of watching a movie while the slept. 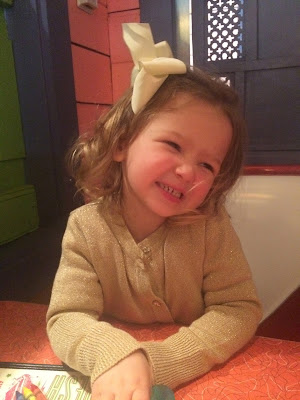 Sunday was draft day for baseball, so Eli and Eric did the evaluations while Ellie and I went to church.  Then I treater her to Chuy's (my favorite) before running to the grocery.  We had enough time for me to swing by the house to unload the groceries while she slept in the car.

Then we headed back to church for a brief meeting.  Some friends stopped by the house to bring Ellie a birthday gift.  After that, we ate dinner and settled in for the week.  For the first time since Christmas, it's going to be a slow one with no evening commitment.  YAY!!