Happy Monday, ya'll!  Hope you had a wonderful weekend and didn't get too much SNOW.  What?!?!  Snow?  So over it! 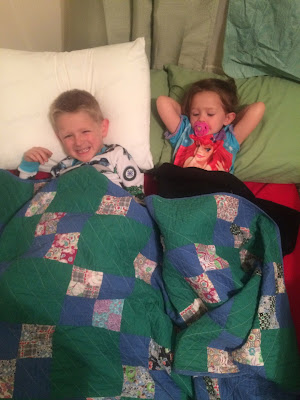 We had a great weekend in Lexington celebrating baby Austin.  Eric stayed behind to get caught up on work, so the kids and I headed up Friday after work.  They were thrilled to get a second weekend with grandparents! 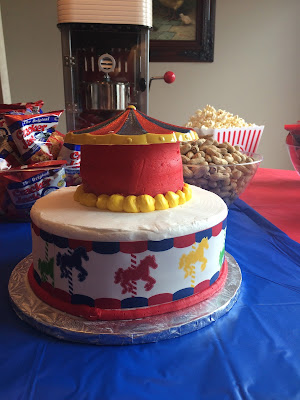 Saturday morning Mom and I took the kids to pick up the last minute items for the shower while Dad ran a few errands for us and helped set the table for our circus themed shower, "Under The Big Top." 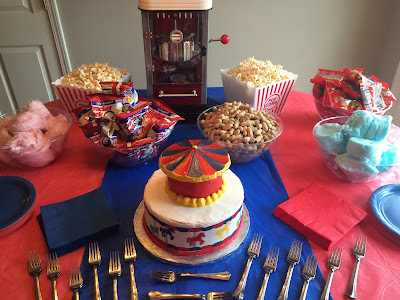 We had a merry-go-round cake, cotton candy, Cracker Jacks, peanuts, and popcorn.  It was such a fun little theme...which was inspired by Austin's nursery! 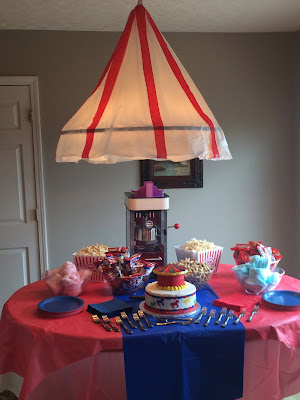 After the shower and catching up with family, we watched the UK game (heartbreaker) and headed to Lexington for dinner at Sir Pizza.  I was supposed to sing at my dad's church on Sunday, but I woke up sick.  Mom and Dad took the kids to church and then took them to lunch and a birthday party so that I could rest.  After sleeping half the day, I felt up to driving home. 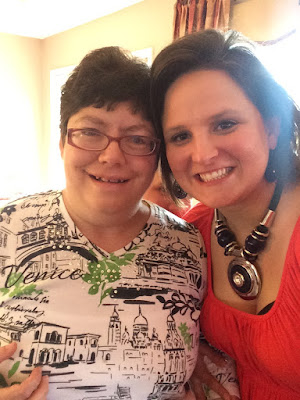 The kids were pretty good little riders, but it kinda wore me out after being sick.  I spent the rest of the evening resting on the couch.  Fingers crossed that I'm the last one who'll have to suffer the fate of this stomach bug!!!