We had baseball practice this morning, and it was ridiculously cold.  Nonetheless, it was nice to get some fresh, spring air.  After practice, Eric went home to work around the house, and I took the kids to a birthday party. 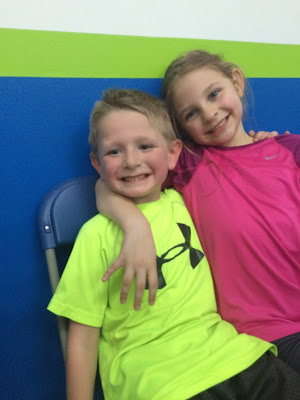 Jolly and Eli have had quite the little love triangle this year with more drama than a daytime Soap Opera, but by the looks of this picture, I would say that their "On Again, Off Again" relationship is definitely on again.  Haha! 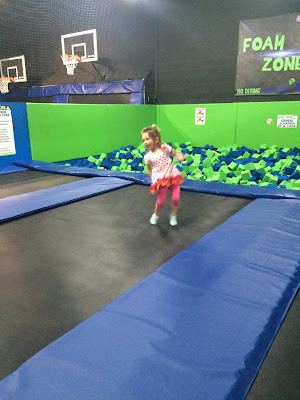 The party was at the Jump Air Zone in town, which is a new business.  It was our first time there, but it won't be our last.  I should have taken a few more pictures, but it had big trampolines, small trampolines, wall trampolines, several foam pits, a basket court on trampolines, and a kids area.  It was so much fun! 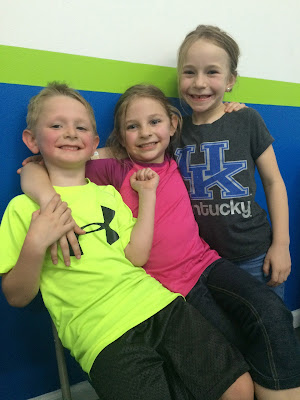 We were a little late because of ball practice, but we still got to jump for almost two hours.  The kids were worn out and sweaty but neither one of them wanted to leave. 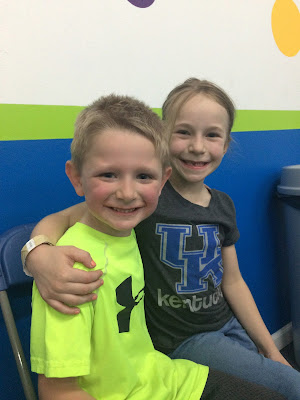 Since they worked up quite an appetite, I treated them to a Sonic run because who doesn't love Sonic Happy Hour? 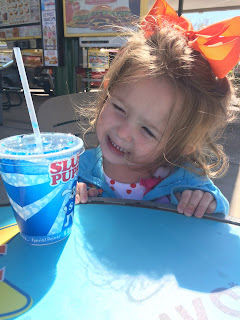 It was still a little chilly, but we found the most sunny spot available and made the most of it. 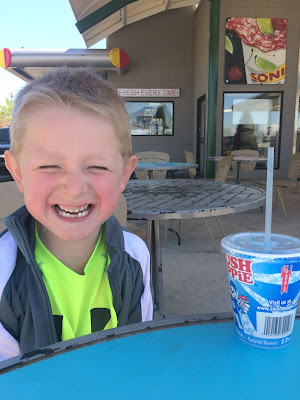 Judging by their smiles, I'm going to go out on a limb and say that they had a good day! 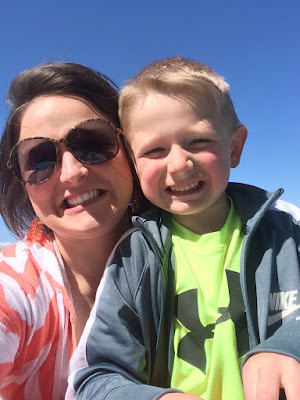