We are on spring break this week, and since Ellie has been with my parents all week, I thought that Eli should do something fun too.  Yesterday I decided to take him to work with me for a little one-on-one time. 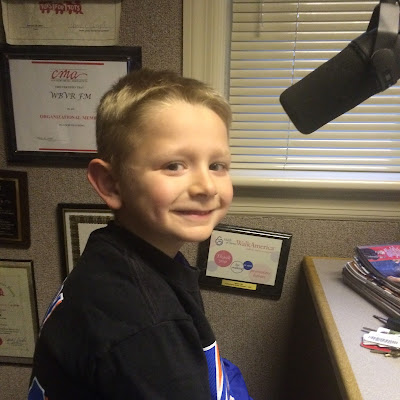 As it turned out, I had a radio interview for an upcoming event.  Eli spent so much of his infancy and preschool years on the set of my morning show at the television studio, but he had never been to a radio station.  He was so thrilled, and practically jumped off of the stool when he realized we were live. HA! 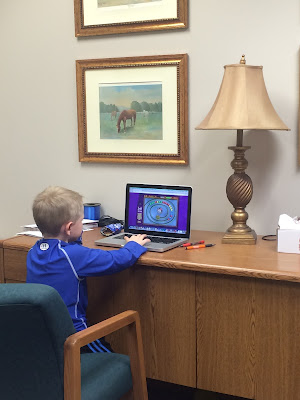 At work, Eli was sorta a slacker and wanted a break every hour.  That would be AFTER he hit up everyone in the office for a snack.  I set him up a little office area on my credenza with my laptop, some pins, and some parer. 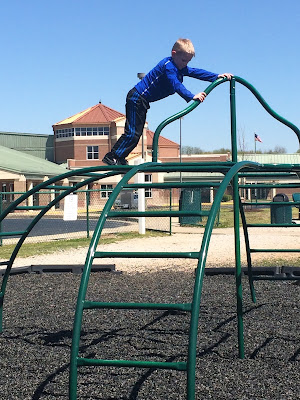 After a walk around the property for our first break, we decided to run to the pizza shop for our second break.  We had a little pizza party back in the office complete with vending machine drinks because that's a big deal to a six-year-old. 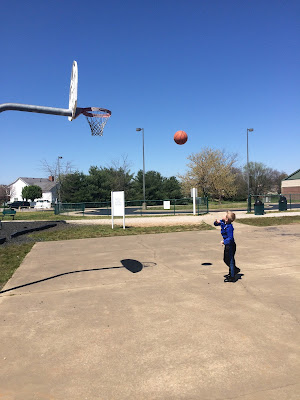 After lunch, Eli occupied himself with more computer games and some old year books.  He was thrilled to point out every person he's ever known, and he was surprisingly good at picking out faces from years gone by. 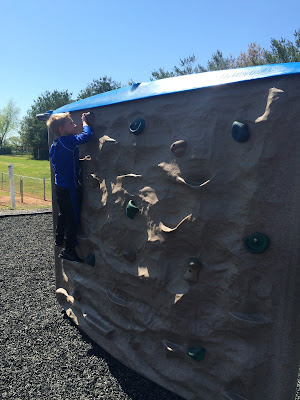 For our afternoon break, we walked next door to the school playground across the parking lot.  I had purposely taken a short lunch so that we would have a little extra time to play. 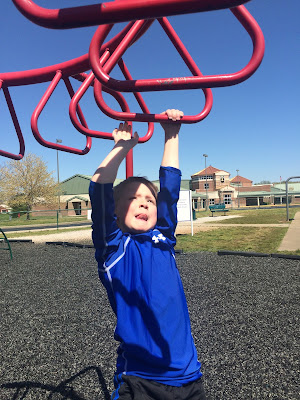 We had the best time running, swinging, giggling, and just being together.  I missed Ellie so much, but my one-on-one time with Eli was much needed.  Between game night, movie night, and bringing him to work, I think he felt so loved and treasured. 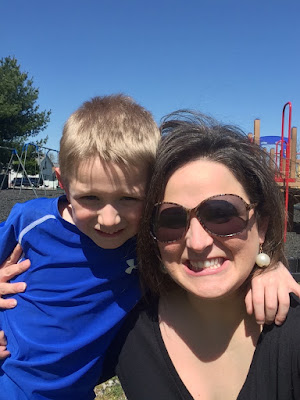 We were so sad to pry ourselves away from the playground to finish our afternoon work, but we sure did have a lot of fun.  And despite loving every minute of our time together, we were both chomping at the bit to bring meet my parents to get Ellie.