We are in finally in the homestretch with only today and tomorrow left in the school year.  CRAZY!  We mad Muffins with Mom this morning, the awards ceremony is tomorrow. Then we have FOUR baseball games this week plus graduation.  I'm tired already! 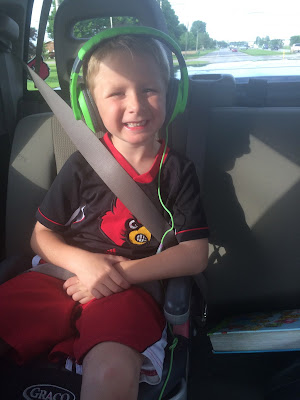 Lucky for me, I got a little R&R this weekend while visiting my in-laws.  We had such a wonderful time, and I took way too many pictures, which means that I will be breaking our weekend into three separate posts.  Sorry, but I just need a place to dump these pictures. 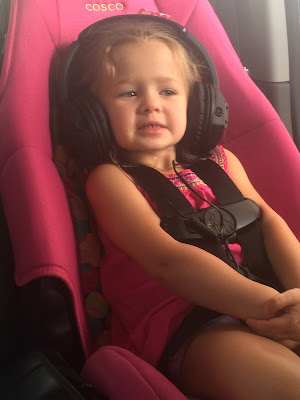 Eric was still feeling bad on Friday after his dental procedure, so he stayed home from work.  I was worried that he wouldn't feel like traveling, but he was doing better by the time we left for Marion.  So as soon as I got home with the kids, we loaded up the truck and hit the road.

This was our first trip using the headphones for the DVD player, but I can assure you that it won't be the last.  Eric and I didn't have to listen to the movie, and we got have adult conversations without interruption.  It's the small things in life! 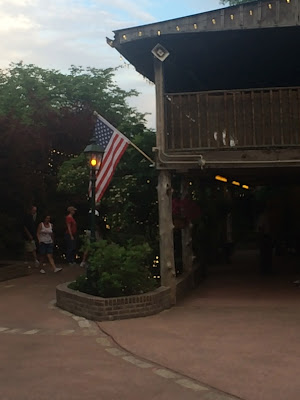 We ate BBQ when we got there on Friday night before getting the kids ready for bed.  Saturday was really cloudy, so we put off swimming.  Instead, we ate sausage balls for breakfast and let the kids play outside.  Eli, Eric, and Colby rode four-wheelers, went fishing, played baseball, and watched some tv.  Eli thought he was big! 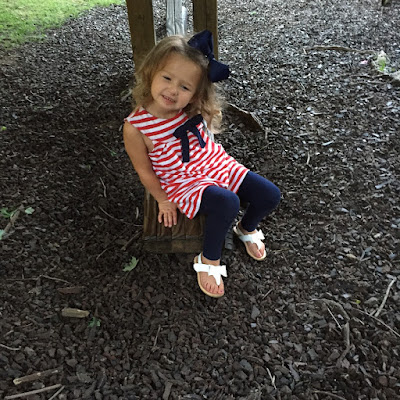 Eric's mom and I had to make a quick trip to town for PJ's because Eli packed his own bag and forgot them.  He was so upset!  We took Ellie with us, and she scored two barbies out of the deal. HA!

Saturday evening we had reservations at Patti's, which is a MUST if you are in Western Kentucky.  Seriously, two-inch pork chops with baked potatoes and bread served in flower pots.  YUM! 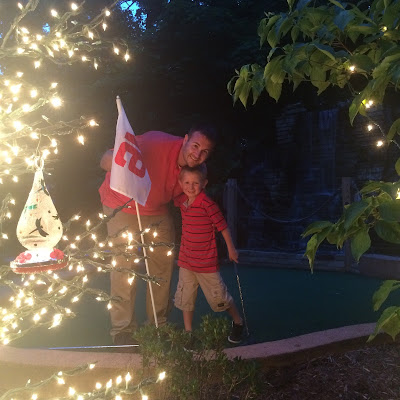 Our reservation wasn't until 9:00, so we got there a little early to look around.  The guys decided to play putt-putt, so Dixie and I let Ellie run out some energy on the playground while we waited.  It was a win-win! 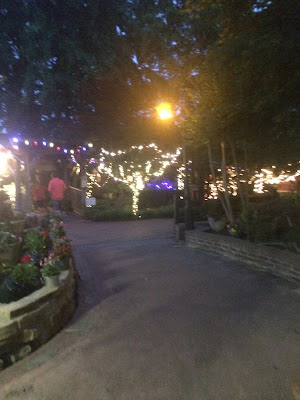 It ended up being almost perfectly timed, because as they were finishing up putt-putt, it was time for us to check-in…after a few pictures, of course! 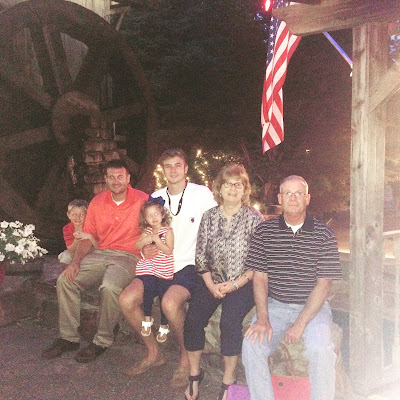 The Watson crew (minus Emily) 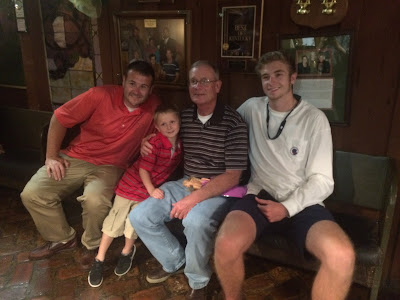 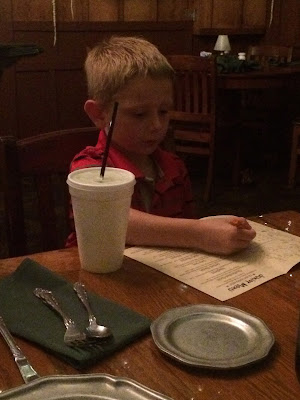 It was really sweet because as soon as we sat down at the table, the kids claimed their seats. Usually we try to separate them at restaurants, but Eli wouldn't have it.  He said, "I just need to sit here so that I can look at the prettiness." Bless it! 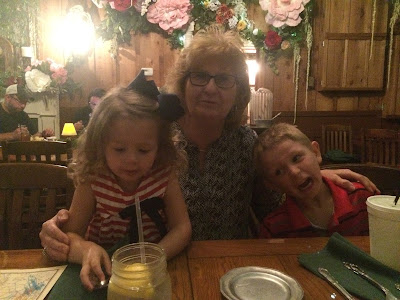 Then he ruined my picture with this face.  Ha! It was late after dinner, so we changed the kids into pajamas hoping that they would fall asleep on the way home.  I think we jinxed ourselves because Eli talked non-stop, and Ellie only dozed for the last few minutes.

Anyway, it was a wonderful day and an even better evening.  As always, I am overwhelming grateful for the support and generosity of my in-laws.  They are so good!