My in-laws came up Monday to see the game, but since it got rained out we went out to eat instead.  Yesterday we drove all over God's green earth trying to play our final baseball game.  We ended up going out to eat way too late, so we skipped baths and put the kids to bed. 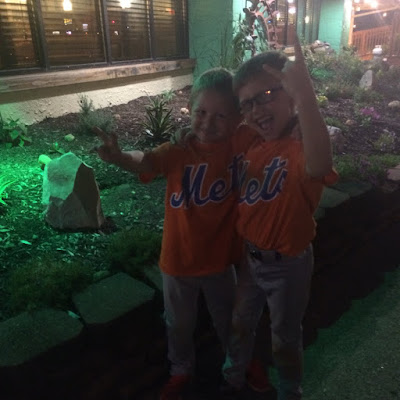 I am so glad that we have off tonight.  I need to do laundry, vacuum, and maybe even sneak in a quick workout, although the latter is unlikely.  Just being honest here!

It was a great season, but after going straight from basketball into baseball, I am ready for some free nights and weekends!!!

We're going to kick it off with a camping trip and some Father's Day celebrations, so we have a lot to look forward to in the next few weeks!

Oh, and for my own recollection.  This week the city of Orlando, Florida has experienced significant tragedy from the concert shooting on friday and the Pulse shooting on Saturday to the alligator killing the child at Disney World on Tuesday.  My heart breaks for that community
at 6:00 PM