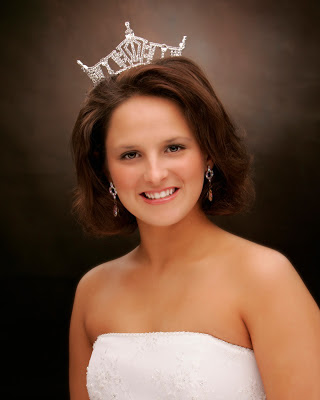 It's Miss Kentucky week, and I would be remiss if I didn't take a little trip down memory lane.  It's been nine years since I hung up the acrylics, threw away the fake lashes, and pushed the dresses into the back of the closet. 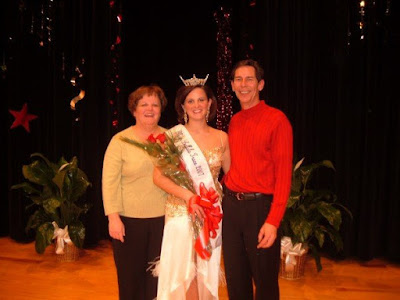 So incredibly much has happened in those nine years.  I met Eric, got engaged, graduated college, got married, started a career, had a baby, bought a house, changed careers, had another baby, drove a mini-van, changed careers again, and walked through a million other seasons of life. 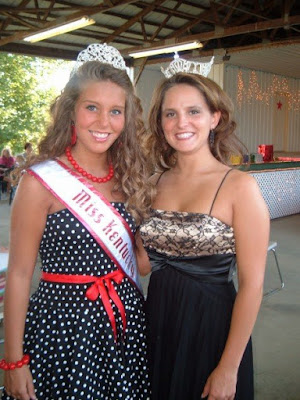 I get asked often about my pageant days, and my typical response is "That was sixty pounds and a lifetime ago."  It's so true.  I am nothing like I was nine years ago, and I have pageants to thank for that.

Sometimes in the midst of whining kids, a dirty house, piles of laundry, my career, crazy schedules, and failed diet attempts, I forget about the smiley, little 21 year old.  But every now and then, I get a glimpse of her again and the realization that she's been there all along.  In fact, it's the lessons learned during those pageant days that have helped shape who she is today. 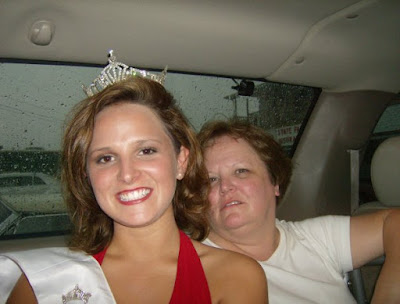 I may never have won the crown, but I walked away a braver, stronger, more confident woman.  I was forced to overcome my fear of performing on stage through the Talent portion of the competition, and I challenged my body to endure intense training for Swimsuit while also developing incredible self discipline. Evening Gown Competition taught me a thing or two about poise and grace, but it was the Interview that helped prepare for the world outside the glitz.

The interviews laid a strong foundation for my career in journalism, my career in public relations, and many other situations that have popped up over the years.   I am confident in my ability to communicate with people from all walks of life, and I owe that to the Miss Kentucky/America Organization. 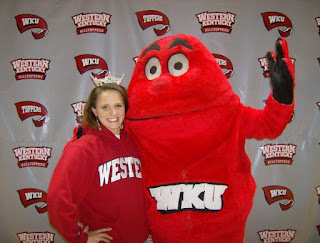 My fellow competitors have gone on to become doctors, nurses, attorneys, news anchors, educators, politicians, missionaries, musicians,  and business owners to name only a few.  They are wives, mothers, and champions of the less fortunate.  They are beautiful and brave, and they inspire me because they embody what the Miss America Organization is all about... empowering women. 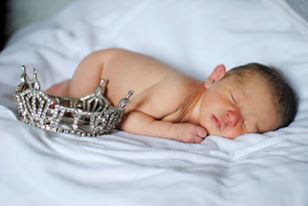 My crowns sat in a box in the attic for years just collecting dust and now they sit in a little girl's dress up bin - daring her to dream, challenging her to reach beyond herself to achieve more than her little mind can possibly imagine, and reminding her that strength and courage run through her veins.

There can only be one girl crowned this weekend, but it's true what they say..."they are all winners."  It may take sixty pounds, nine years, three careers, and two babies to fully understand the magnitude of what it means to belong to this sisterhood, but one day, it will mean something.

We are winners because of the lessons learned on that stage, and now we carry a lifetime of memories with us.