I worked a half day today and had lunch with Sabrina before picking Eli up from Summer Camp.  When I got there, he came running up to me with a big, toothless, grin.  He proceeded to explain to me that he lost his tooth but didn't know where or when.  It wasn't until he saw blood that he knew it was missing. 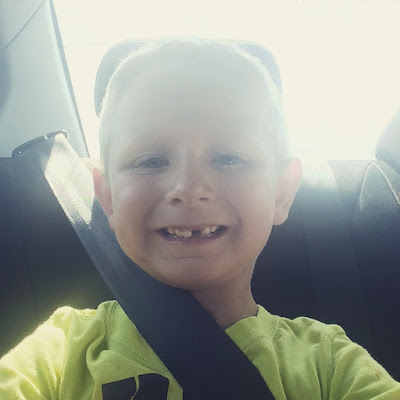 In case you're counting, that makes THREE teeth he has lost…literally.  The first one he lost while we were traveling, so I stuck it in my purse.  It was later discarded with the trash.  The second tooth fell out while Eli slept and was subsequently swallowed.  And clearly, tooth number three suffered a similar fate.  We're working on this. 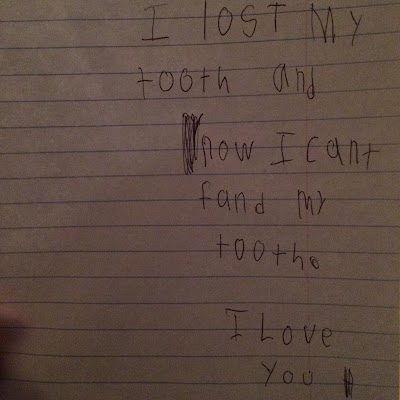 So for now, we are writing the Tooth Fairy a little note and hope that she is in an understanding mood.