Every year, Eric and I take an anniversary trip.  It's something we look forward to all year long, and we make sure to make it a priority by saving money or by getting creative with our funds.  I'm just going to be honest and go ahead and say that it's usually the latter.  Ha! 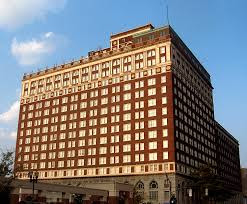 We were originally supposed to go Disney World but decided on a whim to take the kids so that we could take advantage of an awesome deal they were offering.  This change means that we were going to have to come up with something else and on the cheap.  Well, an opportunity presented itself this week, and we were able to get the Brown Hotel in Louisville at an OUTSTANDING rate!  Side bar: this is where my parents honeymooned shortly after it reopened. 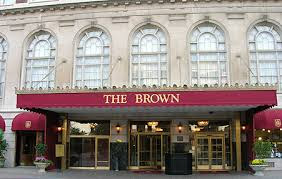 The timing of this trip couldn't have been more perfect because after a long and crazy summer, we needed a little get-a-way.  Several years ago, we were blessed with a free trip to French Lick and have wanted to stay in another historic hotel ever since. 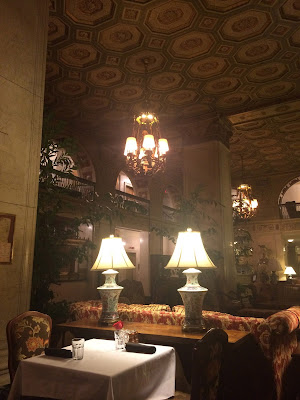 We rushed home on Friday after work so that we could hit the road.  Our bags were packed the night before and sat waiting for us by the door.  As soon as we got Eli and Ellie and loaded the car, we headed to Elizabethtown to meet my parents and drop off the kids. 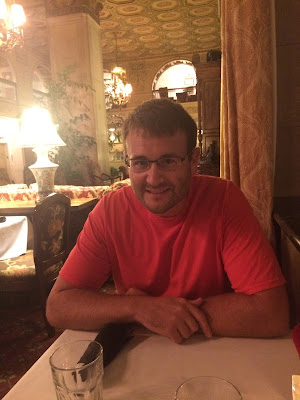 We headed straight for Louisville and after checking into our amazing room, we decided to head down to the lobby for a late dinner and dessert.  I had the corn chowder, and Eric enjoyed the Derby Pie.  Both of them were delightful, and we were thrilled to enjoy this Derby City tradition. 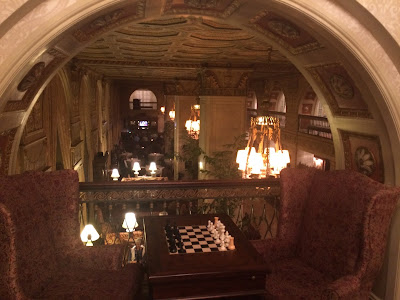 After dinner, we toured the hotel a bit and then settled in for the night so thankful for the incredible opportunity to stay in such an amazing and iconic part of Kentucky history.  Worry not, we leveled out all the high-class living with some good, ole country fun at the State Fair...stay tuned!