We started Day Two of our anniversary trip at the Kentucky State Fair.  Growing up, my family went every year, and despite a few disastrous circumstances, I have some very fond memories of our trips.  Eric and I also enjoyed our very first date at the State Fair back in 2007, so it was only fitting that we make some time to visit while we were in Louisville. 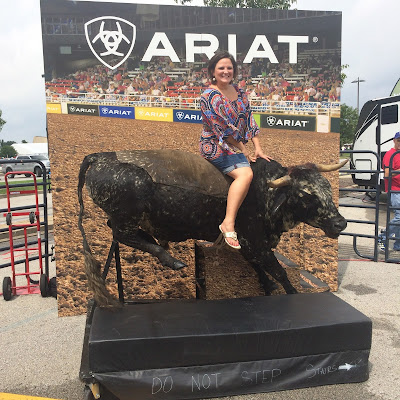 We started our little tour with breakfast in the Kentucky Proud tent, which is the best place to eat in my opinion.  I had a ribeye steak sandwich that was to die for.  Seriously, it was amazing!  Then we strolled through the barns, 4-H exhibits,  Pride of the Counties and the flee market.  Back outside, I rode a bull.  Granted, it was stuffed, stationary, small, and not mechanical, but the kids were still impressed when we showed them the pictures. Ha! 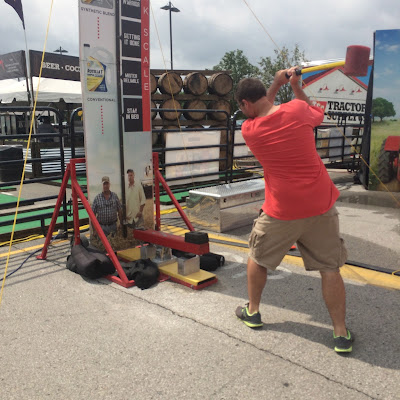 After this stud muffin won us a pair of sunglasses from Tractor Supply Company, we decided we had worked up an appetite and that we should eat, so we headed back to the Kentucky Proud tent where we got BBQ.  After all the walking, we were ready to escape the crowds, so we found some quiet seats in  Broadbent Arena where we enjoyed the cattle shows while we ate. Side note: I used to show cattle! 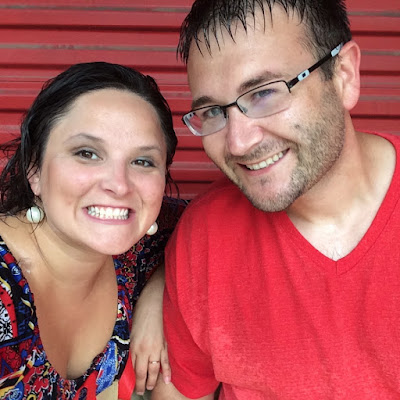 Next up was Kentucky Kingdom.  We rode some kind of ride simulator, which was a bad idea with Eric's vertigo.  To further complicate things, we foolishly decided to ride Thunder Run, a wooden roller coaster.  Just as we were getting strapped in, it started POURING down rain.  I mean, it was a monsoon.  If you've never ridden a roller coaster at 50(+) miles per hour while being pellet by rain, then you've never truly lived.  Haha!  The above picture was the end result.  I ended up riding one more coaster by myself before deciding that maybe we're getting too old for this stuff. Ha! 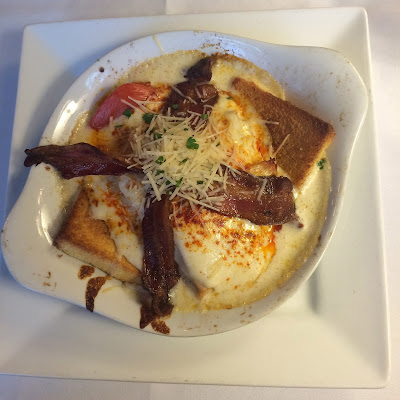 Back at the hotel, we rested in the room for a bit before heading downstairs to dinner.  We both ordered the famous Hot Brown, which did not disappoint.  I am totally not afraid to be a corny tourist when traveling, so I was all about taking pictures with this famous Derby City favorite. 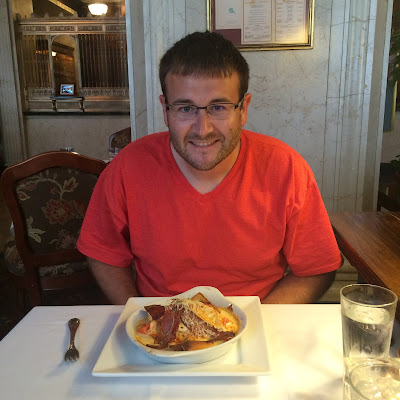 After dinner, we decided to go shopping, and I was introduced to the delightful world of Nordstrom Rack.  Why is this store not in Bowling Green?  On second thought, maybe that's a good thing because we would be broke!

Worry not.  I practiced great self-control and only bought one thing…a pair of boots for this fall.  My calves are freakishly large, so I can never find anything that fits.  When I found a pair that went over my leg, I knew I had to invest! 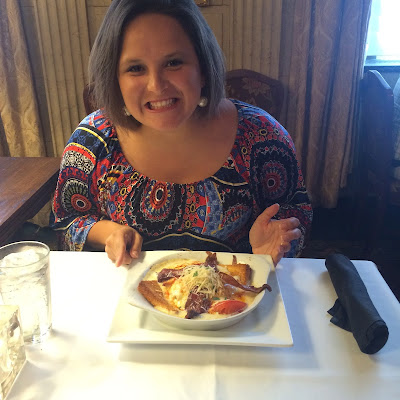 It was such a fun day, and we were worn out.  So we headed back to the hotel to relax since that's a word not readily in our vocabulary.