Eli's summer camp ended this week, so he has spent the past two days hanging out with Brett and having the time of his life.  They've gone bowling, to lunch and to the Jump Air Zone, so it's been a fun few days.  They were in town this afternoon, so Brett dropped Eli off at work to spend the last hour with me. 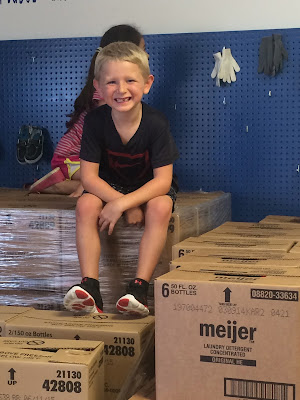 I had to go to take some pictures, so Eli tagged along.  He and another little girl became instant friends and climbed around on some boxes while we worked. 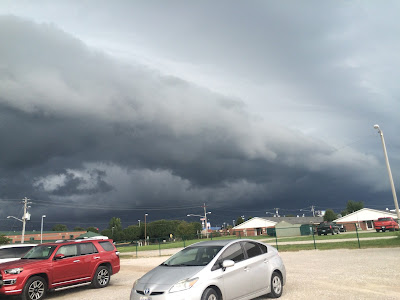 As we were leaving, the most amazing storm blew in.  Ya'll know I appreciate some good weather pictures.  I don't know if it comes from being married to a weather geek or from working in television, but in either case, I love what I was able to capture. 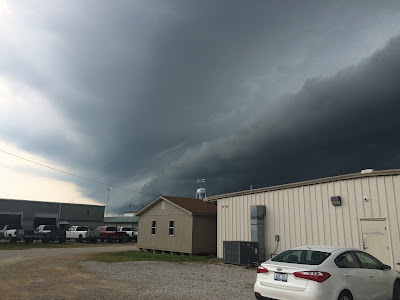 We got just a little wet running from the car to the office, but we finished the day working hard.  Ok, I worked hard.  Eli played on the laptop.  Haha!  This time next week, school will be in full swing. 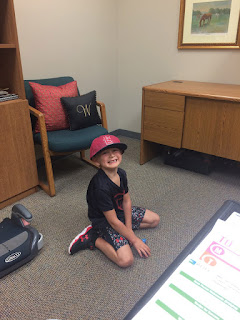