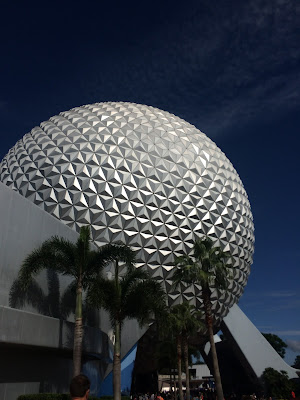 If you will recall, our least favorite day last year was Epcot, so I really wanted to love it this year.  I still think it would be a lot better without younger kids because they just can't appreciate World Showcase, but Epcot Day ended up being one of my favorite this trip! 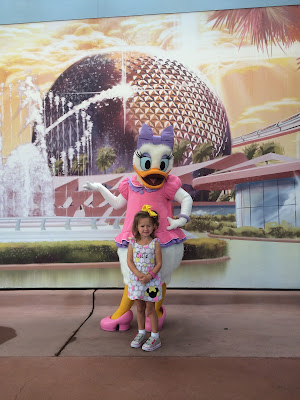 As soon as we walked in, Eli and Eric headed to Soarin' because we used our Tier 1 Fast Pass on Frozen Ever After.  Ellie was too short to ride Soarin' so I sent the boys to ride and get me a Rider Swap while I took my time getting there with Ellie.

Everyone else was rushing to one ride or another, so we were thrilled to walk right up to Daisy for a quick photo opportunity. 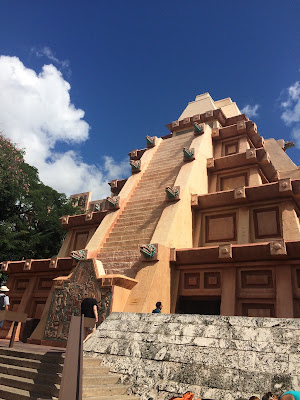 After the boys finished with Soarin! We did Living with the Land for the first time and really enjoyed the experience. Eric sat with Ellie so that I could use the Rider Swap to enjoy Soarin with Eli.  Then it was off to try different Cokes from abound the World. 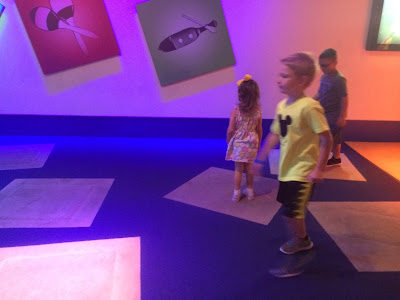 Again, I don't remember every single detail of the day, but we did Seas with Nemo and Friends and Turtle Talk with Crush, which was hysterical!  We also used a Fast Pass on Spaceship Earth, which remians one of our all-time favorite rides! We hopped down to Mexico in World Showcase for lunch, and headed back to ride Figment.  We attempted to meet Sadness and Joy from Inside Out, but the kids just could not get their acts together.  We ended up taking in Pixar Short Films before getting caught in a torrential downpour. 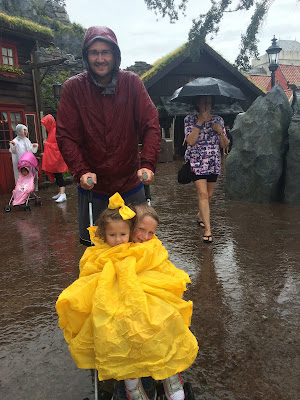 We tried to wait it out, but we had Fast Passes to Frozen Ever After that we were dying to use, so we made the trek through the rain.  With only three usable ponchos and four people, we had to get creative.  After nearly exhausting myself by running while carrying Ellie under my poncho, we came up with a solution.  We put both kids in the stroller together and covered them with with poncho and used another to keep the seat dry.  I wore the other poncho to cover our backpack, and Eric used his rain coat.  Getting stuck in that rain was the most precious memory for me. 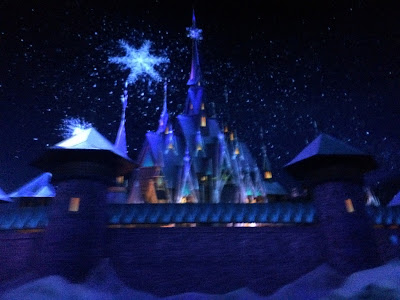 Winded and wet, we finally made it to Frozen Ever After.  I have never in my life been so thankful for a Fast Pass.  The lines reached two to three hours while we were there, and we basically walked right on.  The ride itself was good, but I think Soarin still takes the cake. 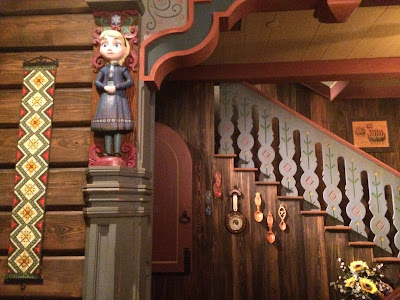 We went strraight from the ride to meet Anna and Elsa, which I wasn't expecting to be able to do.  I guess the rains scared some people away because we walked right up with a short line.  While we were waiting, we were able to enjoy the fabulous detailing.  Disney is just spectacular. 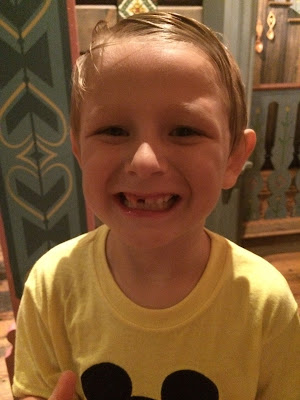 Oh, and this kid wiggled his tooth free while we were standing there.  He continues to lose his teeth in the weirdest places.  I'll also say that Disney World is not a cheap location for the tooth fairy. 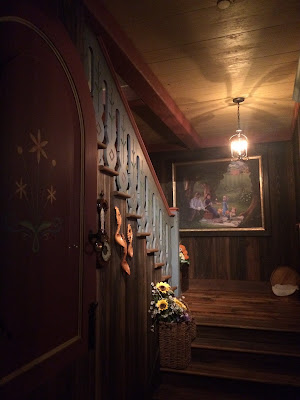 Ellie was elated to finally meet Elsa and Anna, and I think having a perminate location really enabled the Imaginears to have some creative authority.  Again, spectacular scenery. 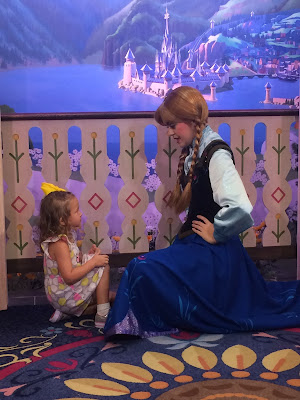 They were deep in conversation here. 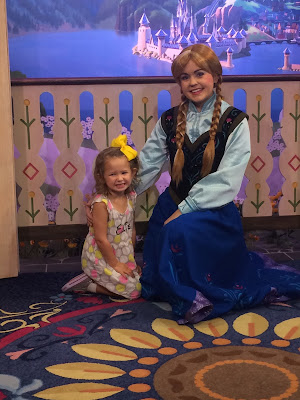 How precious is her face? She was so happy! 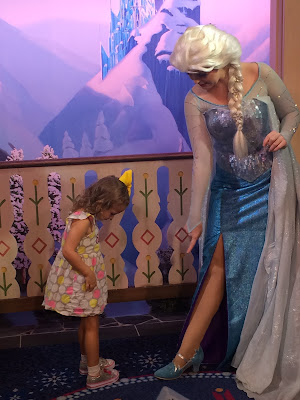 Clearly, Elsa's shoes were quite impressive too! 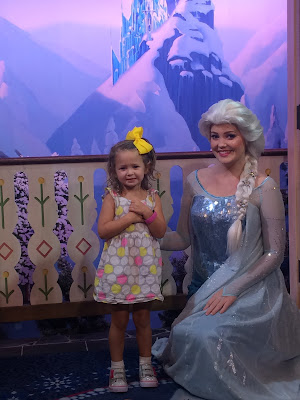 After meeting Ellie's heroes the rain finally started to taper again, so we headed back through Mexico and rode the Three Cabelaros.  We stopped to enjoy some snacks from the Food and Wine Festival, and then we headed to get our FREE photo! 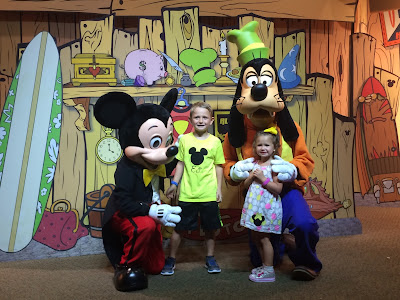 If you have the Disney Rewards Card with Chase, there are some major perks.  Not only can you enjoy this private character Meet and Greet, you also get a free photo.  It's implied that the photo at this location is the free one, but when you go to print it, you can choose from any picture on the photo pass!

Also, we discovered that during Food and Wine Festival, there is a private lounge in America.  We stumbled upon this after our photo when we were touring the nations.  They had free phone chargers, free drinks, and some light snacks.  It was the a nice, air-conditioned location where we could take a breather and escape the crowds. 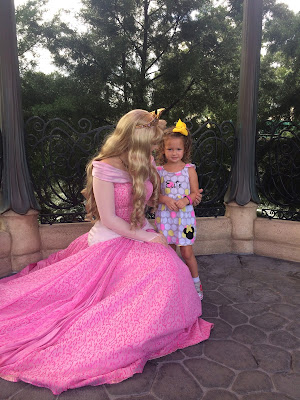 The kids weren't overly impressed with the nations, so we kinda scurried through them stopping only long enough for Ellie to pose with her favorite princesses, Aurora and to grab Sushi in Japan.

We headed back to the hotel fairly early so that we could eat dinner and take an evening swim before bed.  Epcot more than redeemed itself this year, and I can't wait to explore it again on our next visit.